Wavecrest number 35 is in the books and it was a huge success with more woodies than I could count in attendance. The weather was picture perfect, the cars were beautiful and a good time was had by all who attended. Thanks to those who stopped by our area and said hello. I am always amazed at the number of people who read my blog from all over the world. I enjoyed talking to you and hope you enjoyed the show. Most of the woodies that attend this event are regulars, like me, but there are also some new cars that I haven’t seen before. I always like to talk to the owner and discuss his build and ask some questions about the how he did certain things. Walt and I were looking at a beautiful new woody that the owner took time to tell us every detail about the car and how he achieved the final form. You can tell a true enthusiast by the excitement in his voice and the smile on his face as he walks you around his creation. Our group stayed longer than normal and consequently, the traffic on the way home was very heavy but it just gave us more time to reflect on what a wonderful day we had at Moonlight Beach. Thanks to the San Diego Woody Club and the sponsors.

I have been very busy in my garage working on some projects that require fabrication and much thought. It has been a while since Andre left and I have not picked up a piece of metal or welded anything for over a year. I miss doing what I enjoy most so, I decided to start building some sub-assemblies for a future project. You will be surprised at how times passes when you are using your mind and skills to build something. I think that is the secret to starving off boredomâ€¦.Keep busy and your mind will follow along with your body. Try it and see if it works for you.

I am headed to the Bay area this week and will take some photos of some garages I visit. I will have my computer with me but may not have time to post until Friday. 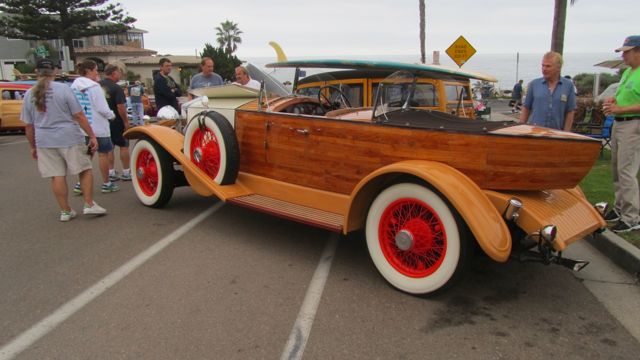 If you had to pick the most unusual woody, then this Rolls Royce would certainly have been my choice. I don’t know the history but it was very unique to say the least. 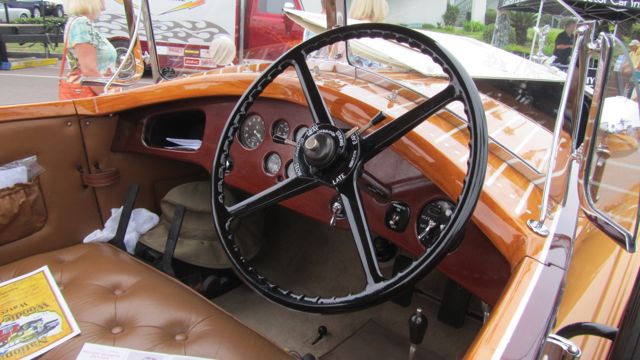 The interior has a wooden dash and lots of gauges along with right hand drive. 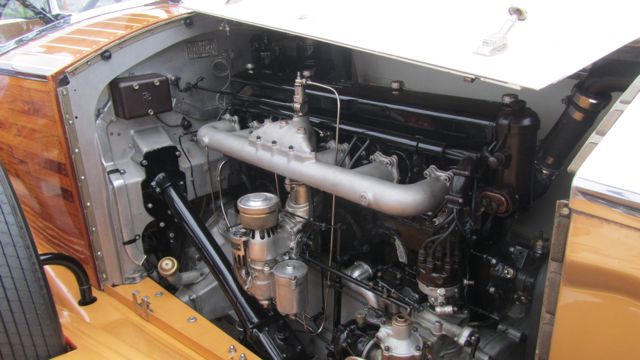 The car was very well detailed and full of engineering items that I was not familiar with. 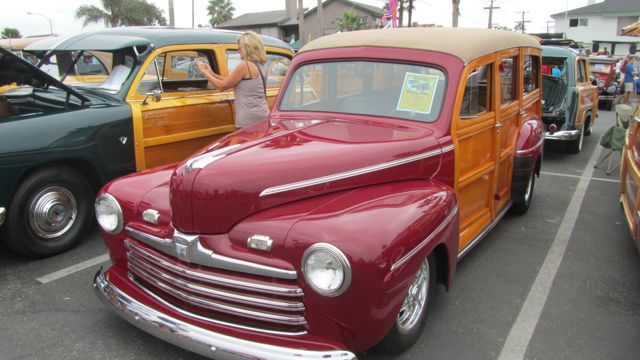 One of the first Thelan built 46 woodies was in attendance and it still looks fresh. American Rodder did a full feature on this car when Gary owned it. I have that photo framed in my garage. Regency Red, Doug Carr wood, SBC, MII and all the goodies you could ask for made it a winner in my book. 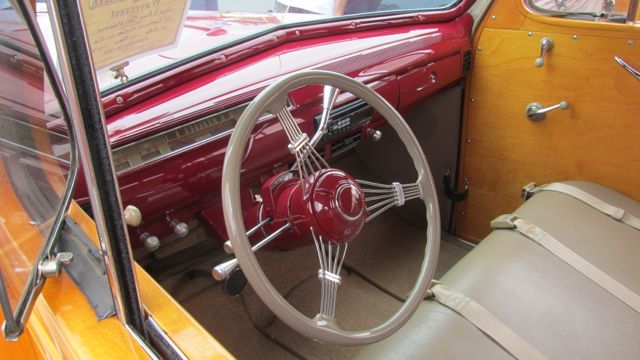 Don liked the 41 Ford dash in place of the busy stock dash. I can remember searching the Pomona and Long Beach swap meets for these dashes. I ended up with two units which I never used and still have in inventoryâ€¦..someday! 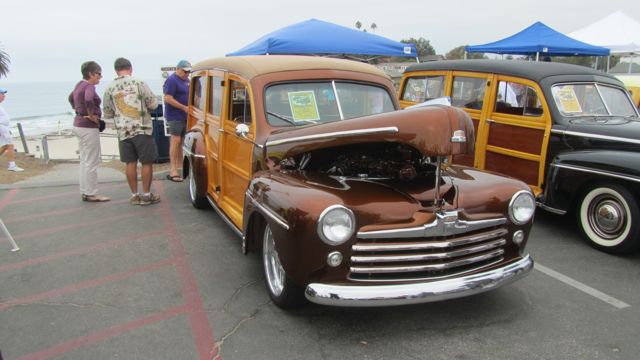 A new car was this bronze colored beauty with a full Kugel suspension and Gabe’s interior with lots of one-off items such as brass/chromed hand made drip rails. 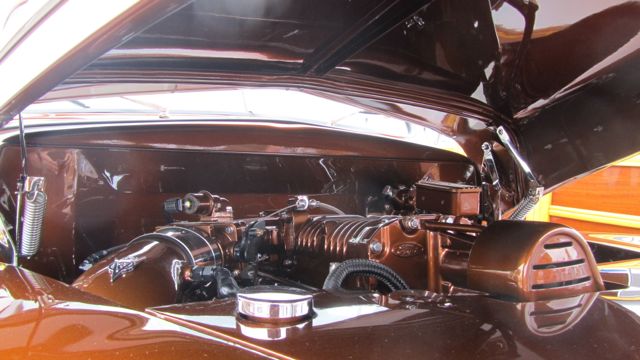 Under the hood was a Cobra powered Ford engine with all the detailing that Burton could accomplish. These motors dress up real nice and provide lots of HP for the heavy wooden cars. 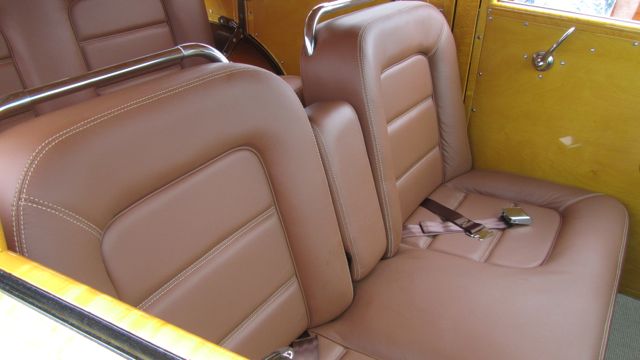 The Glide seats were worked over by Gabe and were custom built with chrome tubing back bars to aid passengers while holding on during take off and landing. They looked like they belonged in the woody. 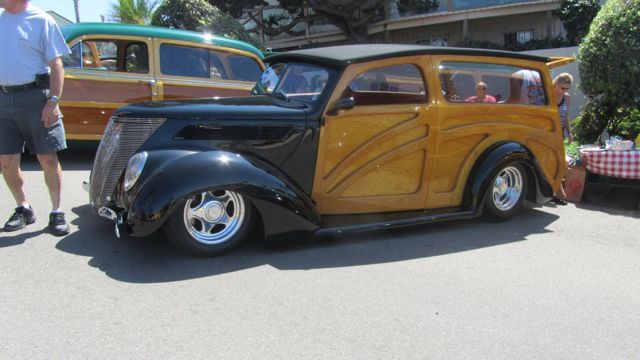 Walt drove “Curvy” to the event and had lots of admirers while we were sitting on the curb. 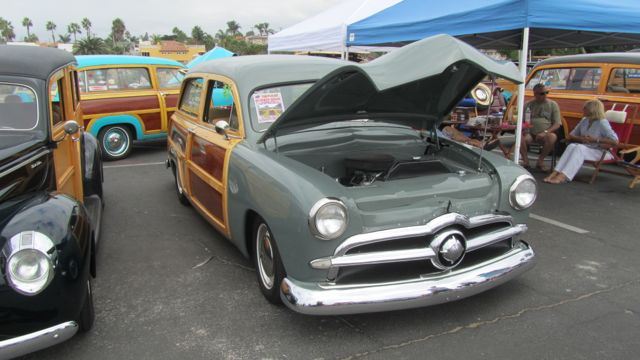 This subtle shoebox was parked next to a 40 my wife and I were admiring. We casually walked over for a closer look and was surprised at the well executed build. The color doesn’t come across in the photo like in person. It was very regal looking. 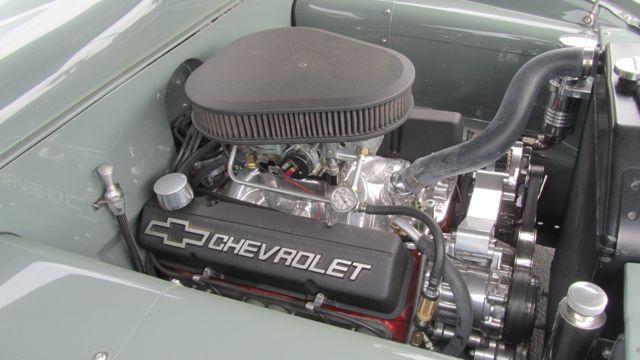 The engine compartment was void of any unnecessary barbs and included a VA Front Runner System. 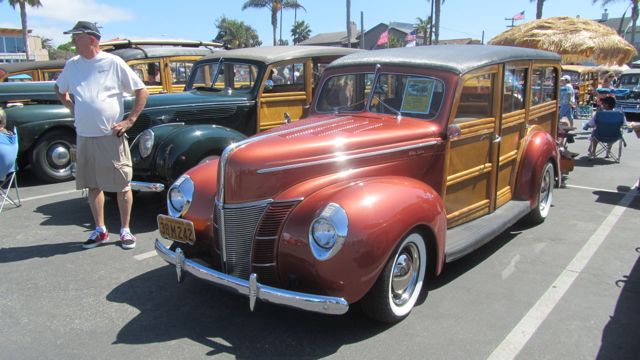 Several 40 Fords were in attendance but this one had the Hot Rod touch with a lowered stance, louvered hood and modern drivetrain. I do love the 40 Woodies. 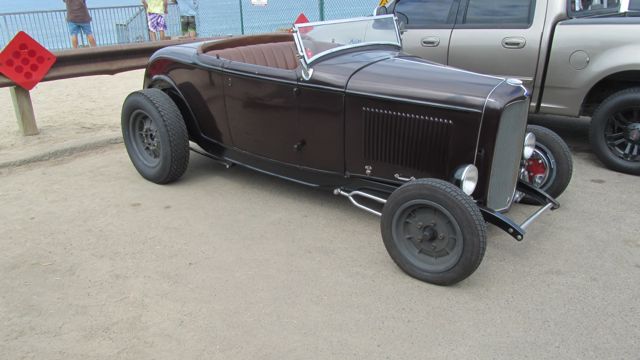 For you non-woody folks the parking area contained some real hot rods. This real deal had the look and components that made it a favorite of most. My wife spotted it parked near the beach. She has been trained well over the years. 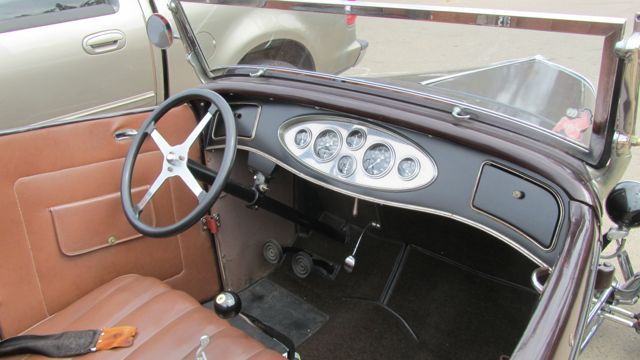 Once I saw the dash I recognized the car. Do you recognize the dash with the two glove boxes? 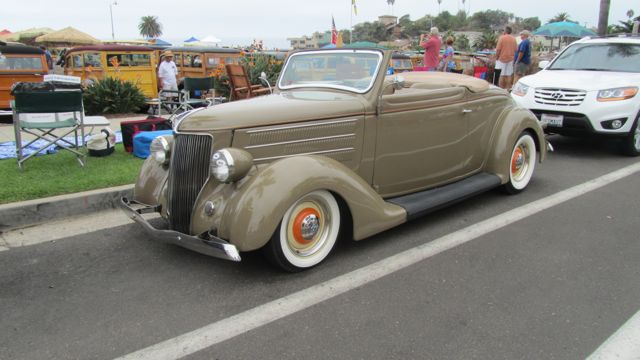 Â My favorite at the show! 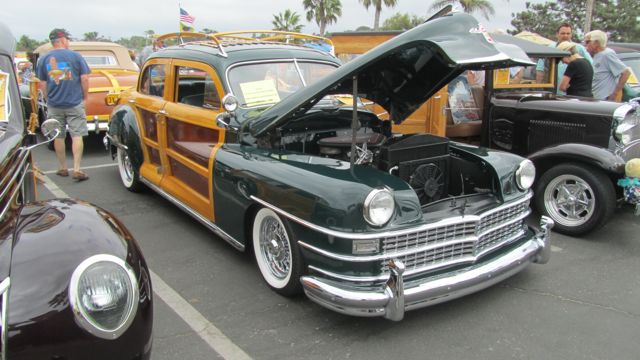 A super detailed Chrysler Town and Country was my favorite this year. A fully functional Hot Rod Woody that made you drool. 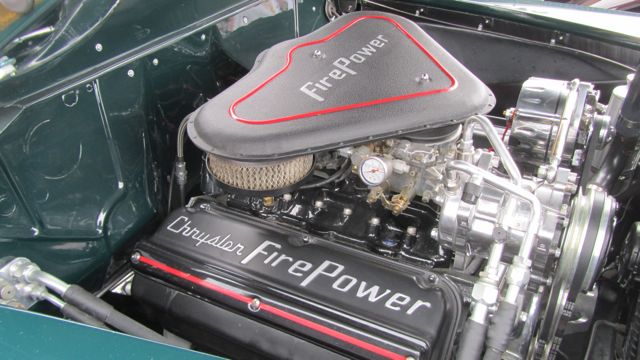 The engine bay was nicely detailed Â with all the components required to make it a driver in today’s world. 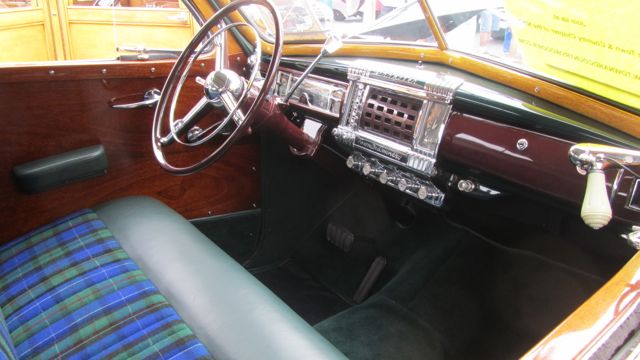 The dash and interior were completed with the same detail as the exterior in this Town and Country beauty. 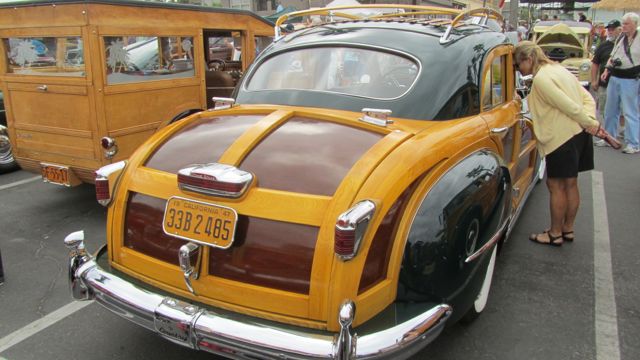 That is Jane having a closer look at this rare T&C. This would go good with Meador’s convert.