The weather continues to be very hot and humid in Los Angeles. We are leaving again for Santa Cruz to attend the Woodies on the Wharf event and I know the drive will be a hot one. As you recall, I am experiencing some overheating problems while sitting in traffic and idling. I called Fred and asked him about adding a pusher or pull type fan and he suggested the best method may be to add a Cooling Concepts fan with the built in shroud. I am not familiar with these units but thought I would look into them. I have room for either type but Fred said the pull type provides the best air flow while idling and does not add more bulk to the front of the radiator. I had to give up the engine mounted fan as I have friends who cooked their engine when the electric fan failed and they didn’t notice it. My car will run 150 all day long while going down the road, but does not like heavy traffic like we experience in LA. I am not sure what I am going to install but I will add an electric fan of some kind and see if that helps the condition. I panic when I am stuck in traffic for any length of time which is quite normal for our city. More laterâ€¦

Forty Ford Day is also this Sunday and I have not missed many over the last 30 years but will be in Nor-Cal this weekend with the Woodies. I suspect the Forty show will have a large turnout being it is the 75th Anniversary for the beautiful 1940 Ford. I am depending on Dave to take some great photos for my blog. The Iconic Deuce may be the desire of the Hot Rod world but the 1940 Ford is a close second and provides lots of room for us older types. I don’t require a new Cadillac Escalade but I like the ride the 40 provides over the Deuce. The solution is to have one of each like Dave does. I have always thought that a closed car and open car were the perfect pair for the aging drivers. The wife really prefers the closed car with A/C and I love roadsters or convertibles. I won’t tell you who wins most of the time.

I will be on the road until next week and may not be posting any news but will try to keep the “Flame Burning” while I’m away.

Enjoy the moment as take advantage of each day as you never know what tomorrow will bring. 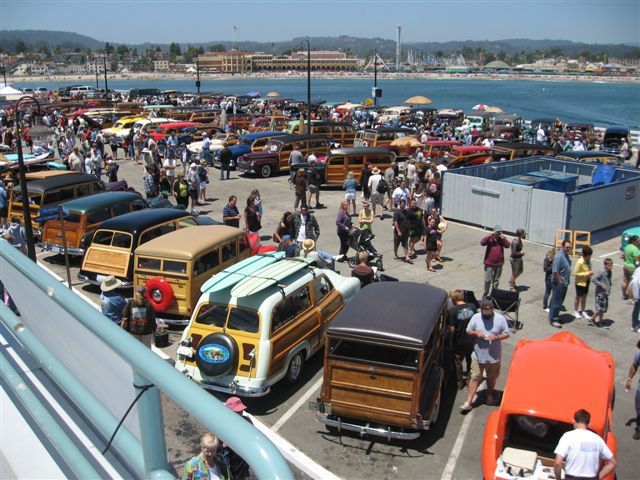 Santa Cruz provides a beautiful venue for a Woody show. While not as large as Wavecrest, the event is well attended each year with over 100 woodies making the trip. 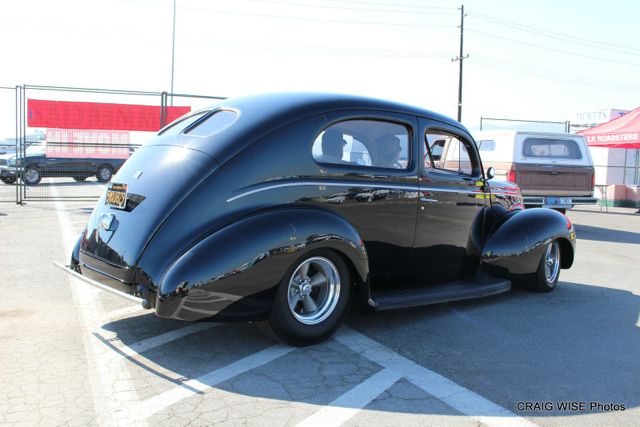 Craig captured this great photo of JR’s 40 standard that he recently sold. He knows how to put them in the weeds. 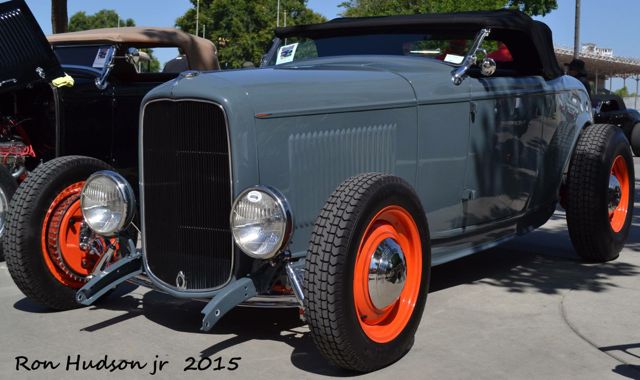 This roadster was running all over the fairgrounds in Pomona this past weekend. I never caught up with the owner but the car sure caught my eye with the uniques color and Orange wheels and undercarriage. 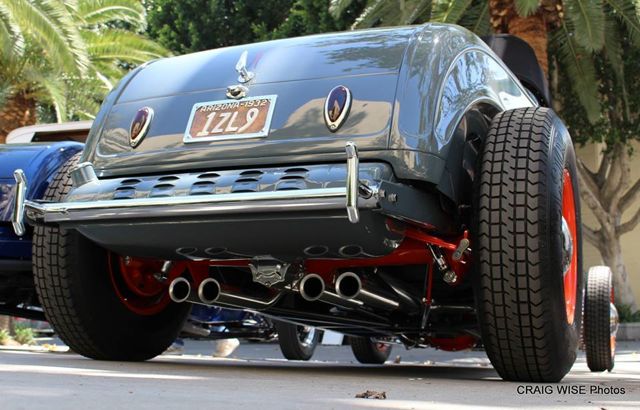 Barry Lobeck would have approved of this rear suspension and QC. He also started the louvered gas tank cover in the late 70’s. Craig again captured the moment in his photo. 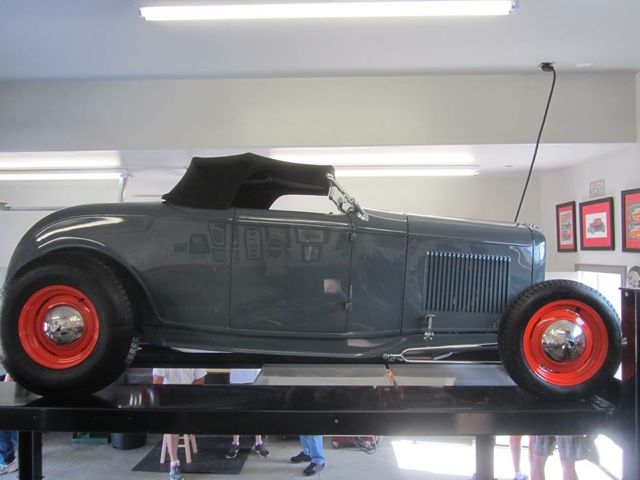 Here is the same car up on a lift which shows the perfect profile with the popular Wanlass windshield. I could be persuaded to build one like this. 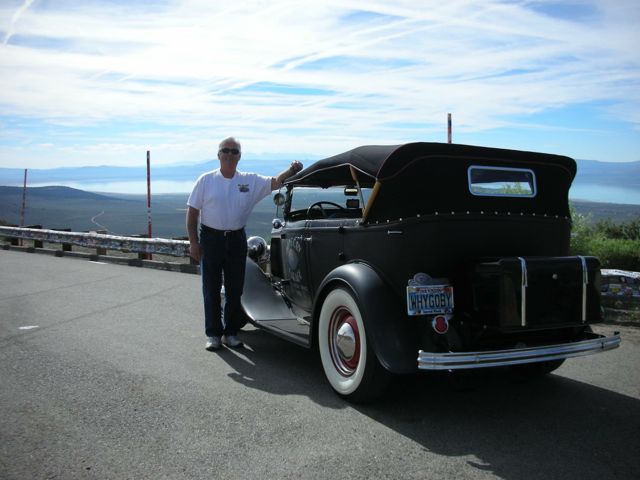 Doug drove his Deuce tub down 395 to the LARS and had no problems during the 1000 mile round trip journey. His “WHYGOBY” garage has been around for many years as well as his stunning B400. 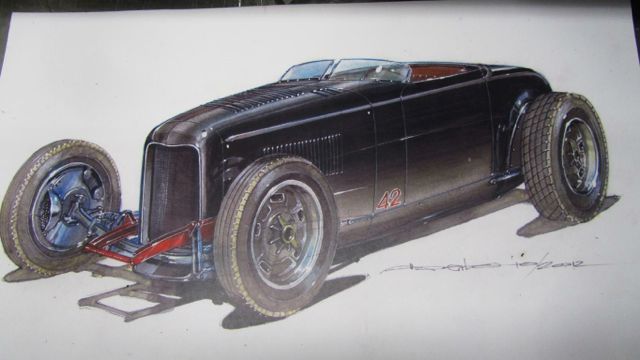 Some garage tours in Prescott provided a look at some future roadsters that are under construction in Jackie’s garage and will soon have some Moal metal work added to the “Diminutive Deuce”.

The body and chassis are begin merged together and will soon be a “Masterpiece in Metal”. 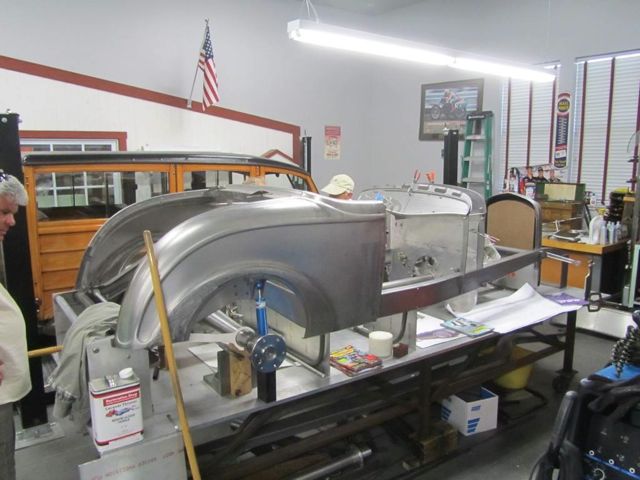 The reduced size is evident in this photo. I hope to have some more photos as this project progresses. 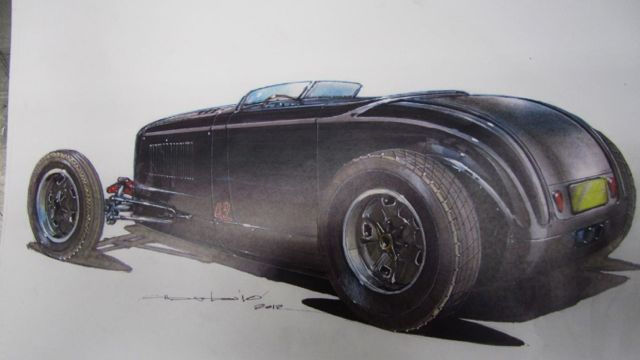 Here is the concept of how the finished roadster will look. 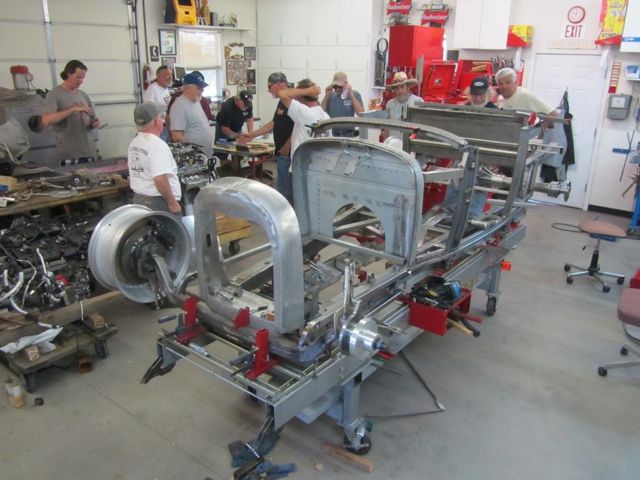 I don’t know anything about this photo but you can see that some serious chassis and sheet metal body forming have been done so far. Looks like a 29 roadster. 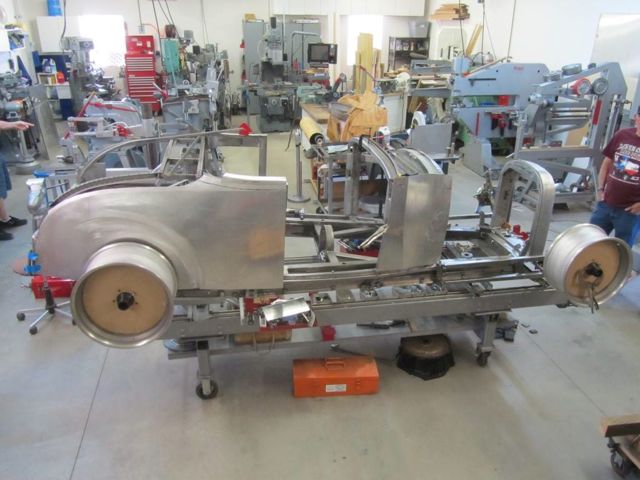 While the car is really what catches your eye, the well equipped garage is to die for. 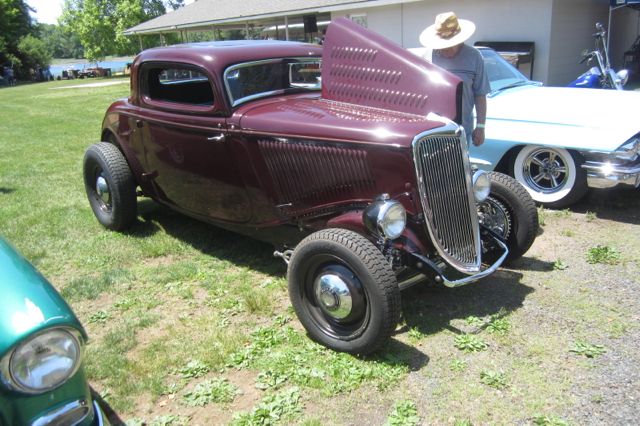 Your basic 34 three window hiboy coupe is hard to beat for an all around Hot Rod. 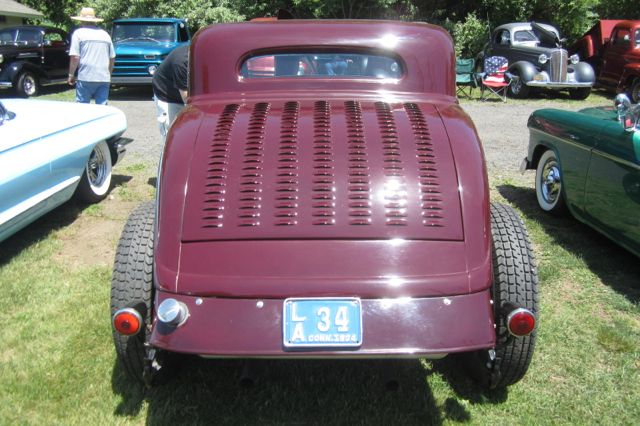 Leaving a trimmed rear apron on the hiboy adds some early flavor and cleans up the protruding gas tanks. 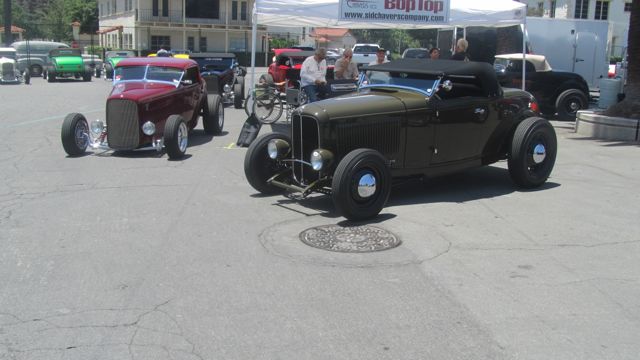 Early Friday, in front of Sid’s booth, were these two beautiful roadsters built twenty-five years apart. Chucky Lombardo, Jr. (CSR) built the Maroon hiboy with the Duvall windshield and suspension by Woody Gilmore while Cory Taulbert modified a SO-CAL chassis to incorporate his early style chassis components for Darryl’s new hiboy. Sometimes we have to let the youngsters show us how it should be or was done â€” back in the day. Congratulations to both youngsters !!!