The wife has been in the “City by the Bay” for the last week and I have been very busy with Bob-O looking at Deuce sedans. I couldn’t think of a better thing to do than look at Deuces while the wife is away. It all started with a nice original four-door that Bob-O purchased and ended with a peek at Dave’s new mint tudor sedan from CO. I could only hope to find one as nice as both of these cars were. Zero rust and a couple of small dents makes for a superior body to mount on your hot rod chassis. I hope to cover these builds in the coming months and gain some knowledge for my own dream Deuce sedan.

The four-door went to the Kennedy Boys who will do their thing when they have time. Bob-O and I spent a lot of time looking at their projects and completed cars. They build some nice rides in the style that I love. Jason was working on a 3 window chassis that he had Walden build and it was coming together very nicely. He has some unique ideas to keep the build in style with the overall theme of the car. He prefers to make most components from old Ford parts rather than purchase aftermarket. He makes some exceptions where it is more feasible to purchase versus fabricate. We looked at several 32-40 cars in progress then headed over to SO-CAL to check out their shock and headlight mount combo. Bob-O is wanting a set for his project. They were nice enough to take us in the back and show us some of their projects. One of my favorite hiboys, Kevin Washburn’s, contemporary traditionalist, was in the shop and we got another close up look at this Lombard Blue beauty. Their new Ford powered (Coyote) hiboy was also being worked on so we looked it over closely. The car has a Dearborn Deuce body with the SO-CAL paint scheme. These cars are very pricey but beautifully constructed with all of the “Traditionalist Parts”. The day ended too soon and were headed back west in some very heavy traffic. As a dreamer, seeing these cars under construction provides lots of ideas for me to ponder, write about and eventually execute. Thanks to Jason and Joe and SO-CAL for your hospitality.

Toppers provided another opportunity for Bob-O and I to get together and go to the County Rod Shop to see Dave’s new tudor sedan. When we arrived we could see the shiny bare metal tudor sitting on a dolly waiting for the next phase. I have not seen a deuce body this nice in a long time and am very jealous of Dave’s possession. He found one of the best for a bargain price. I know he will make it a nice one. While we were in the shop we looked at Terry’s boy’s Deuce tudor which is going to be a masterpiece hiboy when completed. He has really designed a car with his own ideas and execution. I hope to follow it also in a few months. The week has been wonderful for this old man who loves Deuce sedan both 2 and 4 doors.

I am off to P-Town for the rest of the week.

Have a great weekend and drive your Hot Rod somewhere with your favorite girl. 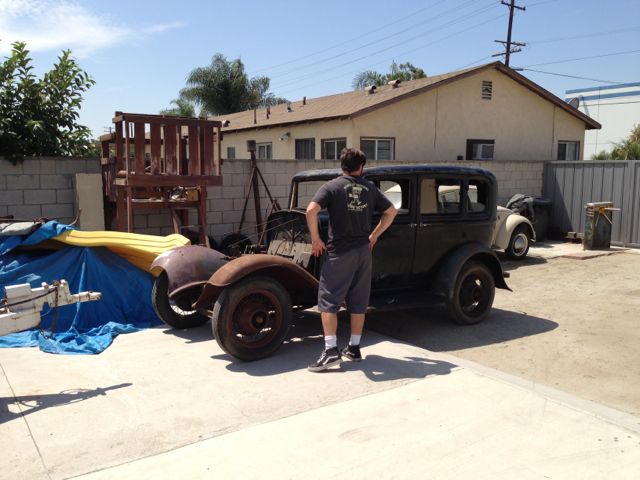 Joe was looking over the 4-door and wanting to buff out the original black paint. Cars in this shape are hard to find. 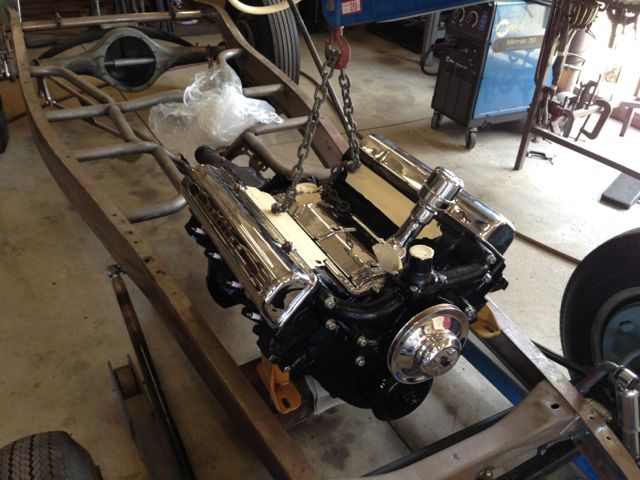 Jason was working on a Deuce chassis with a Cadillac engine. A Deuce 3 window will cover up the meticulous work. 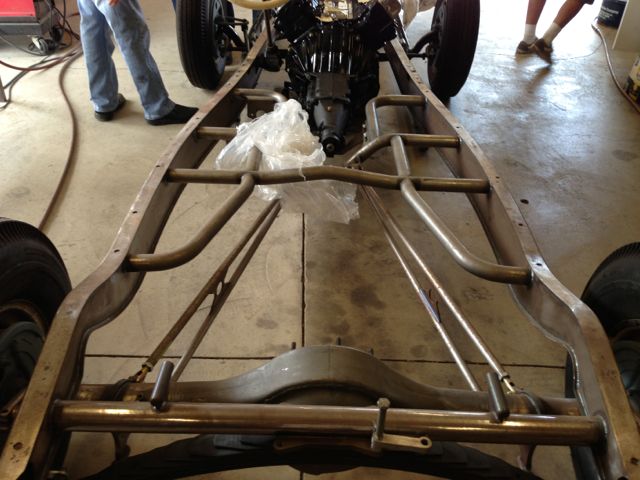 The rear is an early Olds rear end with a transverse spring and Jitney/Walden ladder bars. 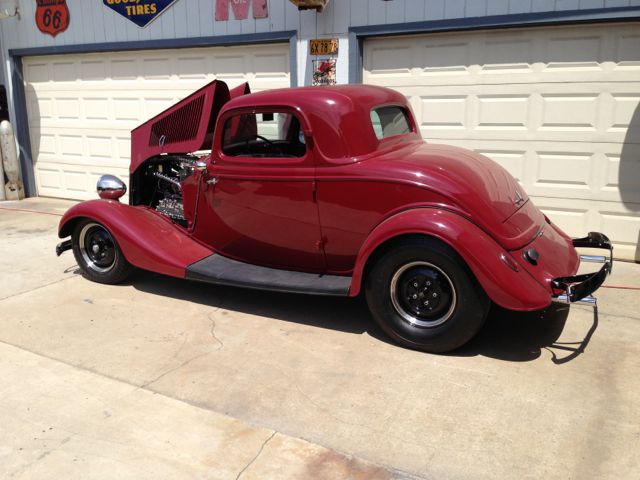 I fell in love with this 33 coupe. The boys did the rebuild and installed the 53 Mercury engine. 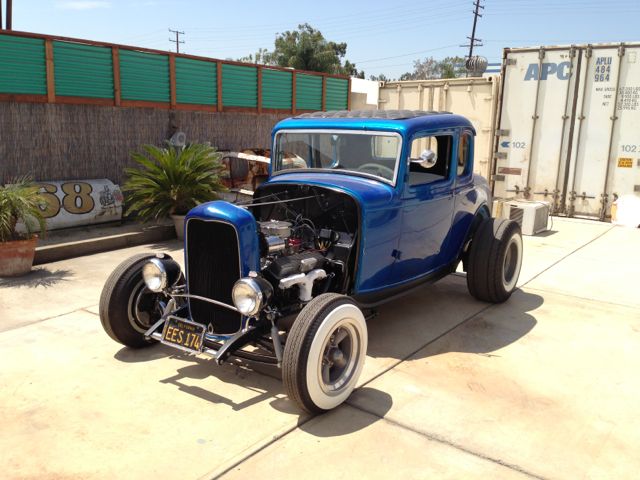 A just finished 5 window was looking good with a back east build style. A new chassis was built and an overall clean up job of the body for the new owner. 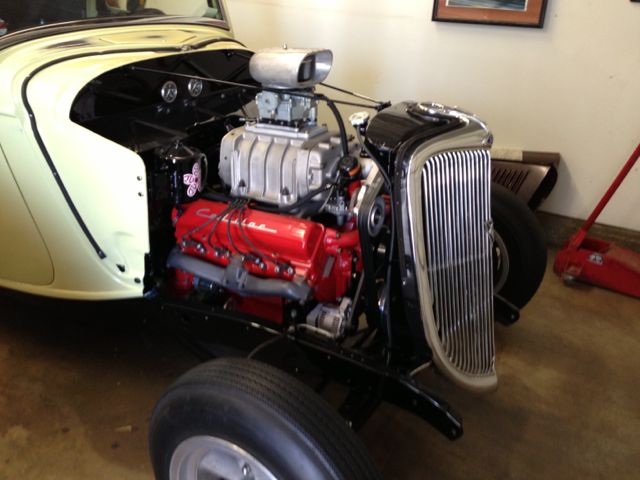 Another Cadillac was installed in this very nice 34 coupe. Note the gauges in the firewall and old 50’s trend. 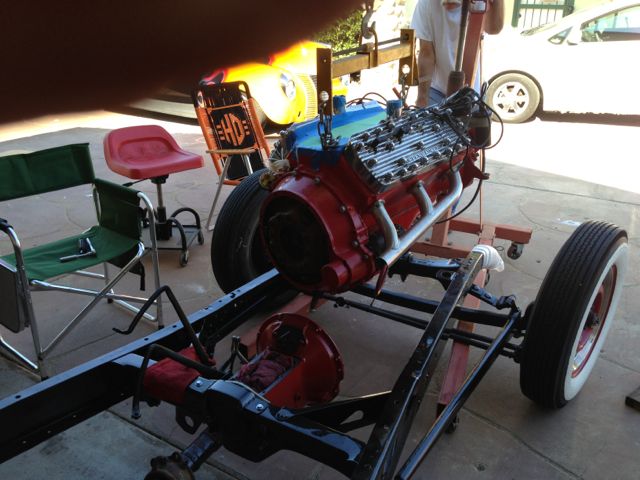 Bob-O, Ron and I relived our high school days and installed the flathead in Bob’s new project. I would suggest you install the transmission on the motor first rather than this way. Note the 32 clutch arm which is required for the stock pedals. 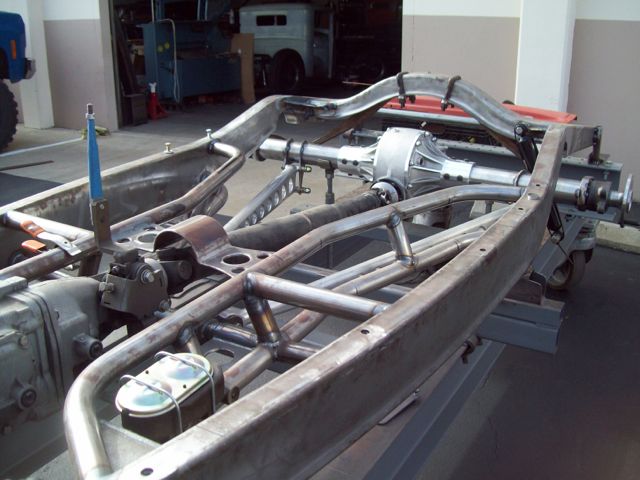 Here is a sample of County Rod Shop’s work on the Deuce chassis. Super stout with JHRS bones front and rear. The later style Winters QC looks good to me. They make super quiet helical gears now. I am going to order a set for mine.Â I am going to go with this style for Project Deuce Sedan Hiboy. I may have to settle for bones but I do like this chassis design. The doors will stay shut when going up the driveway. 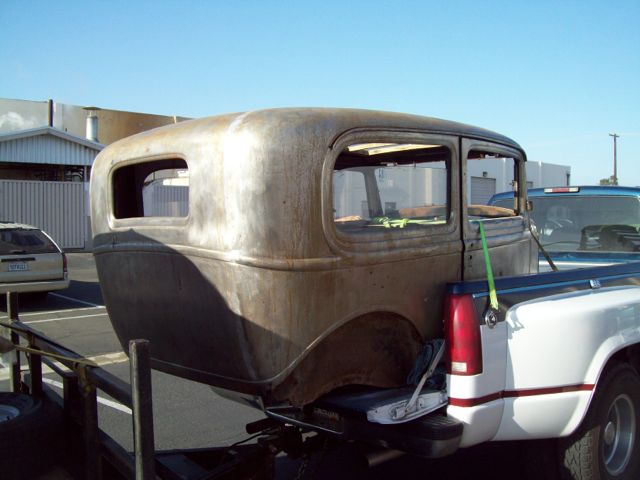 Dave’s body had been stripped by hand down to bare metal so you can see how nice the metal is. No rust anywhere. 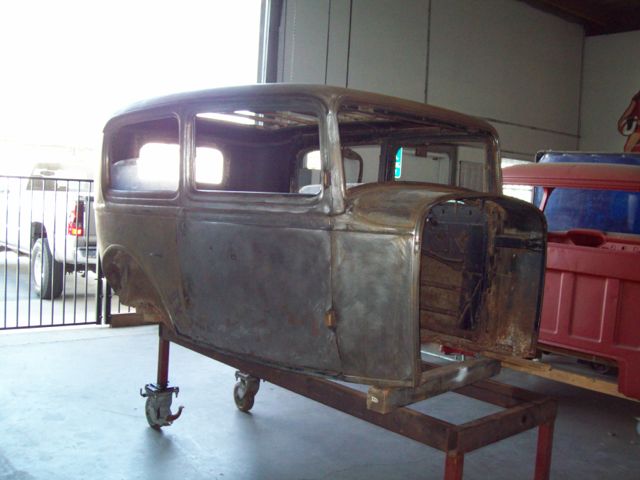 Terry can use this cherry one to fabricate some panels he needs on his project. Let’s see 2 or 3 inches off the top. 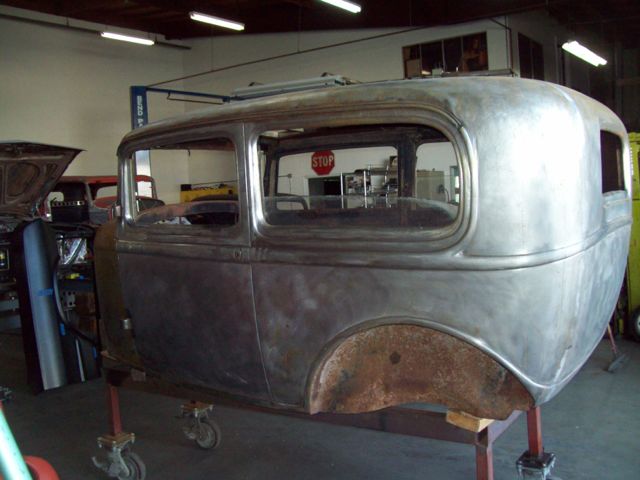 You can see the chopped sedan in the background which has a 3 inch haircut. Would you cut one up this nice? Hum! 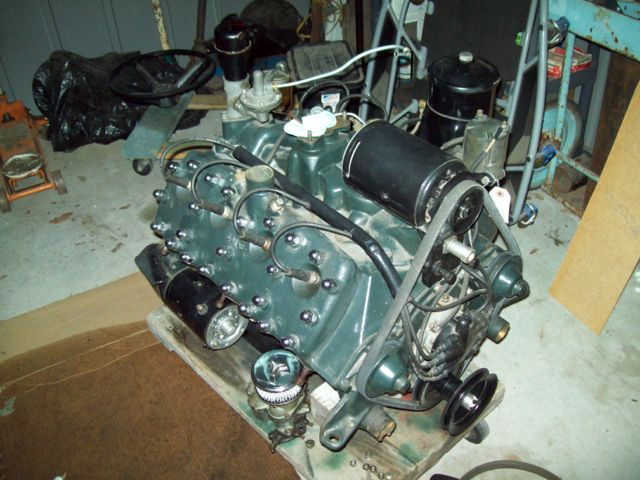 Dave will have a fresh 59AB in his sedan. This one is ready to go and sounds good. Maybe some Belond mufflers or Porter glass packs. 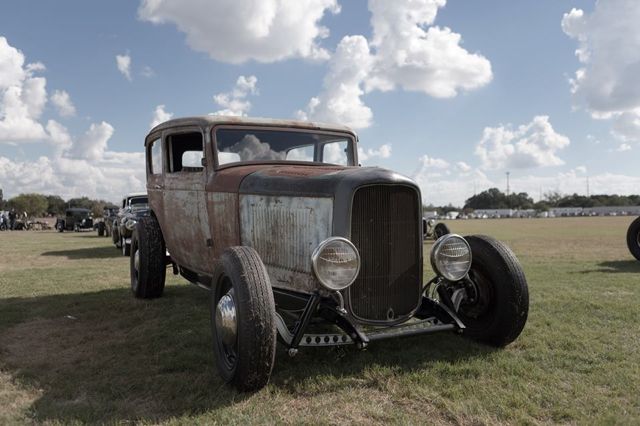 A slight chop (2 inches) works for me, but the 3 inches looks perfect and not to radical.