I could hear the rain coming down as I awoke this morning and thought I would sleep in a little more as I could not start to work in the rain. I decided against staying in bed, quickly got dressed and headed to the “Office”. I had found Bob a hood and wanted to know if he needed photos or just wanted to go purchase it. He was not at the “Office” so I talked to Bob-O for a while. I glanced out the window and noticed the rain had subsided and I should probably go home and start to work. I worked most of the day and mounted the body to my new jig. Everything went smoothly including removing the rear support I had made earlier. The front body mount holes were a little off but I used a smaller bolt and will ream out later. It is nice to be able to roll the car outside but I am going to add some side braces as the height of the dolly makes the uprights a little wobbly without them. I can’t seem to finish this project but I am determined to push it outside tomorrow.

I had received some photos of another 39 convertible sedan that really looks like a nice project but it is located on the East coast. Bob-O called on the one on ebay but it sold immediately so we are still looking for the right one closer to home, which will save us some money. I have had good luck with Reliable Transport but with fuel so expensive today the cost is really up there from the East coast. I used to have a line on a 39 in MI from a fellow who worked for Buick but I have lost track of his address. His was chopped (Bob-O loves chopped cars) and was a West coast car. Again, thanks for all your help in locating a convertible sedan. 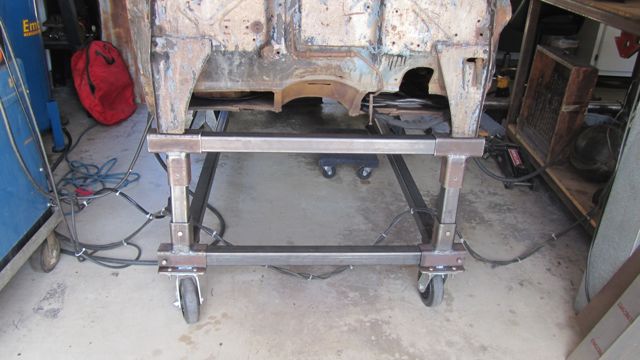 The front of the dolly rolled right under the body and bolted up to the top mounts. I used the cherry picker to raise the body and for safety. 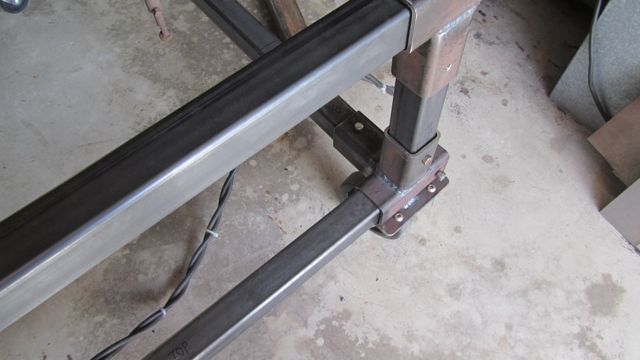 The front uprights are short but still will need a brace to hold it steady. I may weld them temporary as I am tired of making brackets for bolt on stuff. 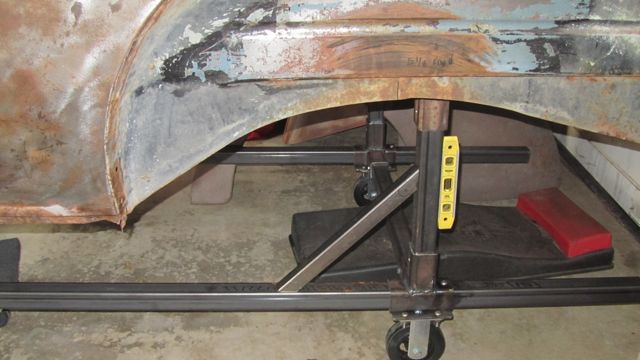 Here is a side brace for the rear uprights which will help stabilize the upper mount. The dolly allows full access for sandblasting and repairing the floor. 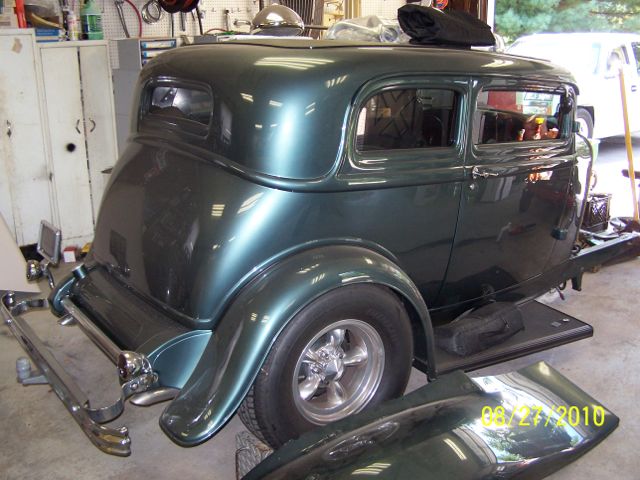 I admire people who have had their hot rods for 40 years. I wish I would have held on to some of mine. This chopped beauty is soon to be back on the road. Looks like a Teal color of the 80’s. 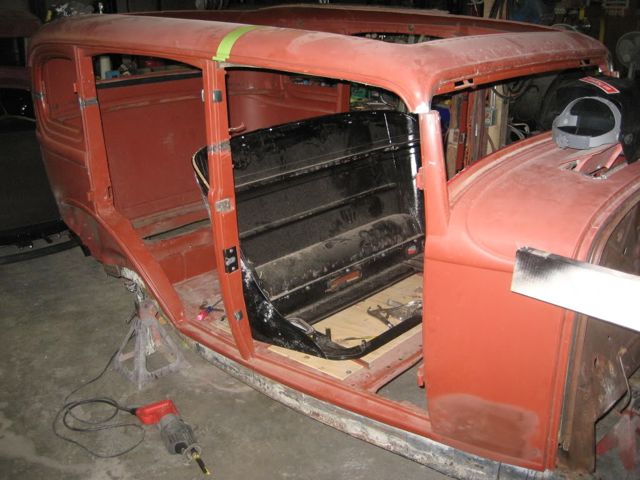 If you wanted to know how the four door Deuce is held together here is the answer…the seat back. 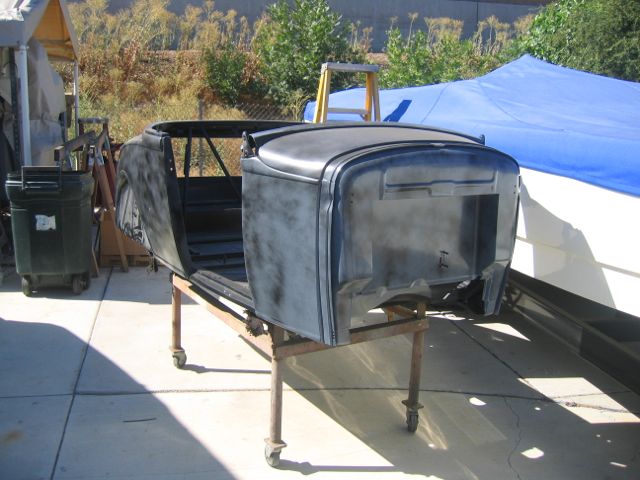 Bob uses his dolly for all of his bodies, big or small. I worry about big cars on this little dolly. 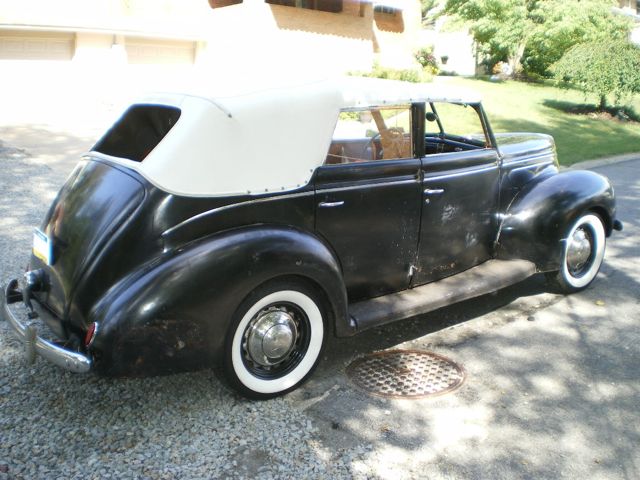 Lenny found this one on the East coast and brought it out west. I should have pursed this one. 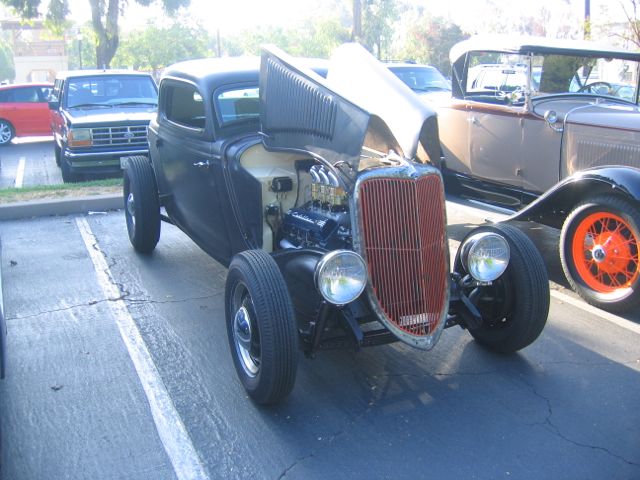 Hiboy model 40’s are on the top of my list. Note the Cadillac engine. 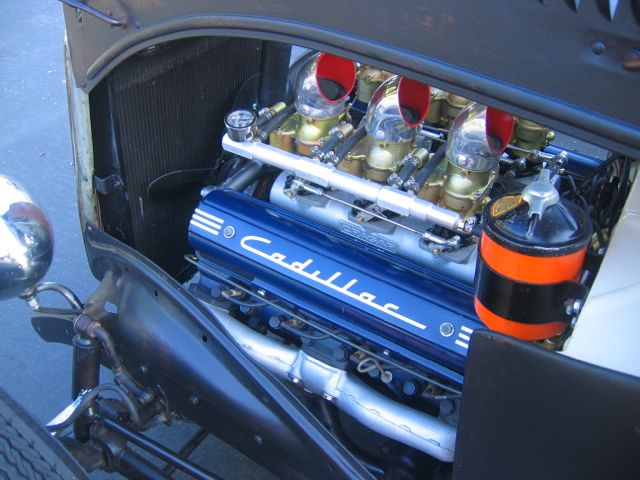 The 331 Caddy engine really draws the old timers like me to the engine compartment of real hot rods of the past. 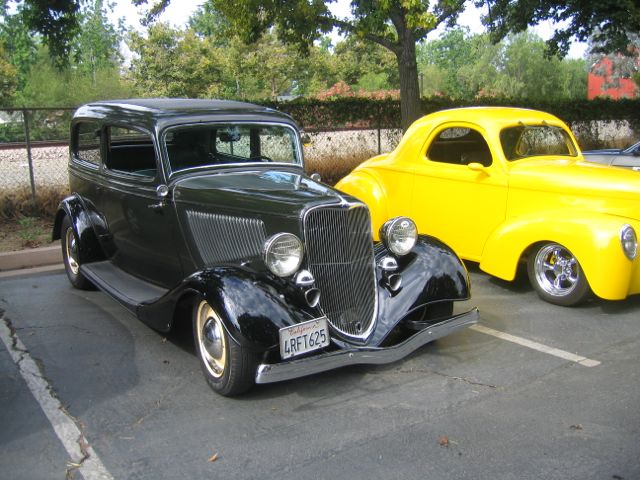 I have been looking at the 33 sedans lately as you don’t see many at the events today. Pure resto-rod with flathead, cowl lights and horns. Gary would like this one. 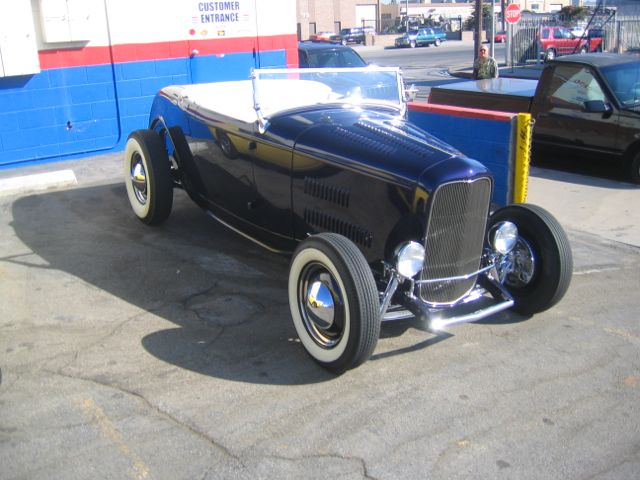 Pat drives his roadster all over the valley. He stopped in at Fred’s to see what was going on. Another Cadillac powered hot rod that is flawless in execution. No compromises on this wonderful roadster including a real Deuce body and frame.