We had a large turnout for Toppers Tuesday. The discussion was mostly around the 50th Anniversary of the LA Roadster show. Dave brought in his issue of the Rodding USA publication which was devoted to the show. You Deuce lovers will need to have a copy for your library. I know there were literally hundreds of Deuces in attendance and Paul featured most of them. Of interest to me, was the photo of Pepe on the cover. I have always preached that Deuces and Forties go together like wine and cheese. The quality of the magazine is first class with glossy photos and lots of them.

Don’s Coffee & Kix is Saturday and is the last one for this year. He has been our generous host for the past year and always has a new theme to attract a nice mix of cars. This month’s theme is Racers’ Day. I am not sure what we will see but it is always interesting. Sunday is the Nojoki Falls car show which is always well attended. The event is a great fall gathering of cars and spectators. Jane and I may make the trip and visit Solvang for some English scones and coffee.

Enjoy yourself and take the wife out to dinnerâ€¦she deserves it. 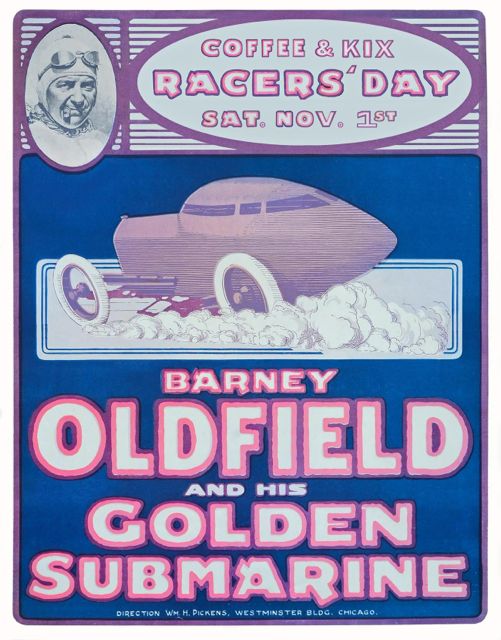 Here is his invitation. 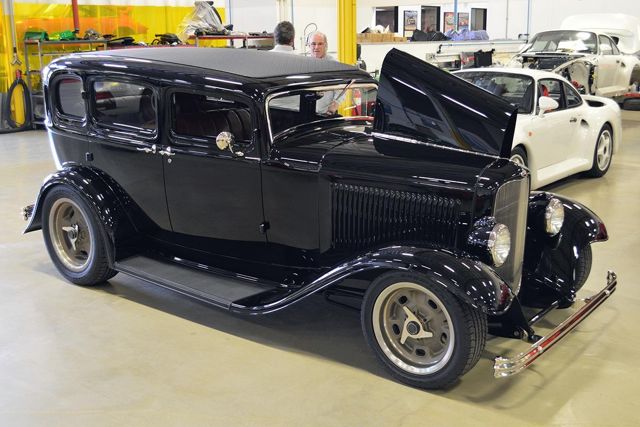 Bruce has built himself a nice 4 door Deuce to hit the roads with this coming spring. Mild chop looks good. 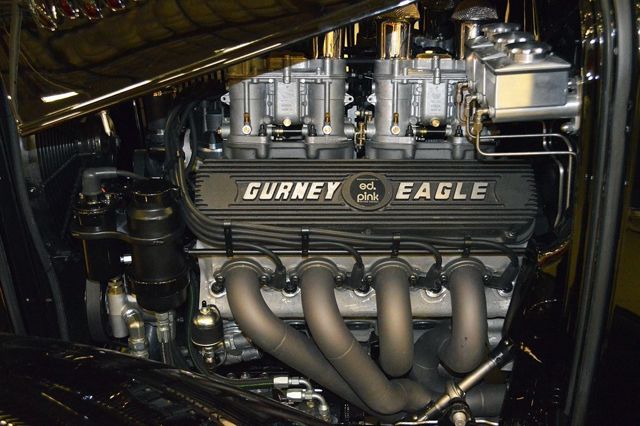 He installed a Gurney Eagle engine by Ed Pink. Note the intricate headers and quality welds. The firewall mounted M/C sure makes inspection and filling easier than under the car. Moal offers this set up and they look great and work flawlessly. 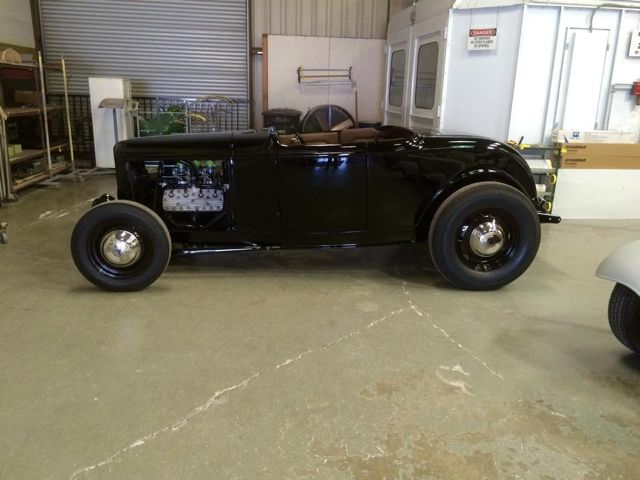 Darryl has completed Cory’s paint job and now the Sid’s interior is going back in this owner-built hiboy. 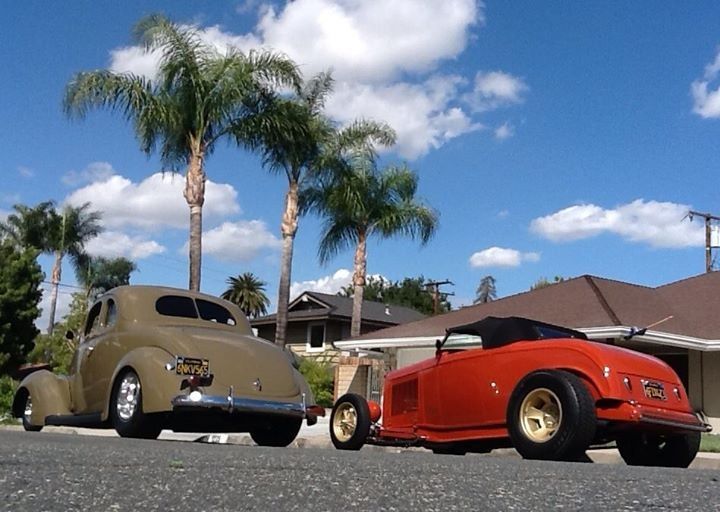 You need to laying on the ground to capture this photoâ€¦.the result is stunning. Stanceâ€¦stance and more stance is Ryan and Rick’s passion. 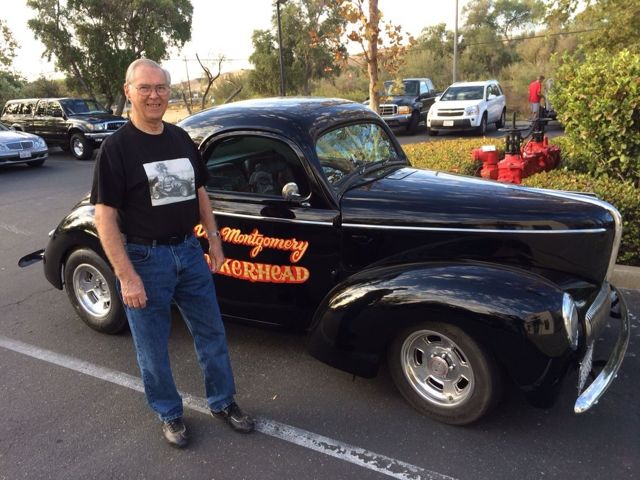 Don sure looks happy standing in front of his Willys. 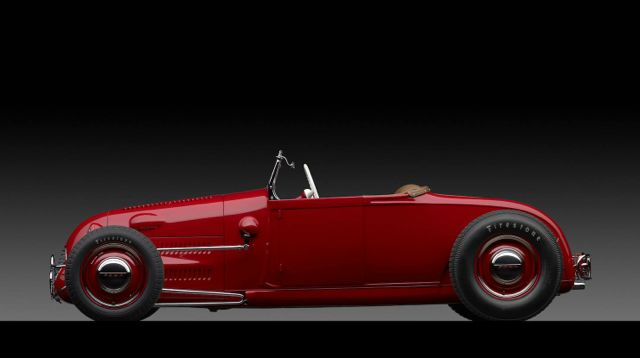 One of my favorites is the Orosco restored 29 roadster of Â Dick Flints. Perfect proportions made it one to copy. A cover car for Hot Rod in 1952 which was the first time they sold over 500,000 copies in a single month. 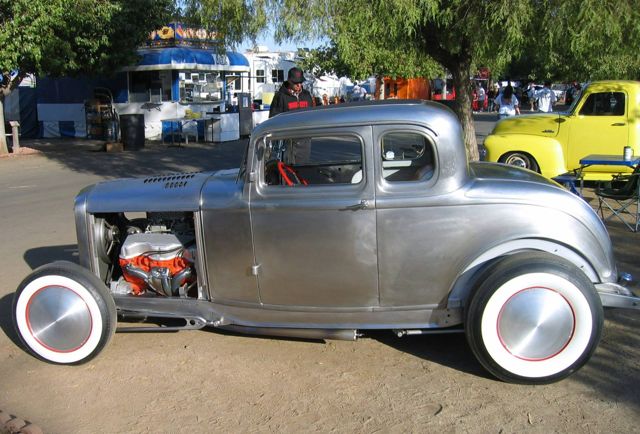 This looks like a Walden chassis and maybe a UPI body. I like the mild chop and Moon disc. 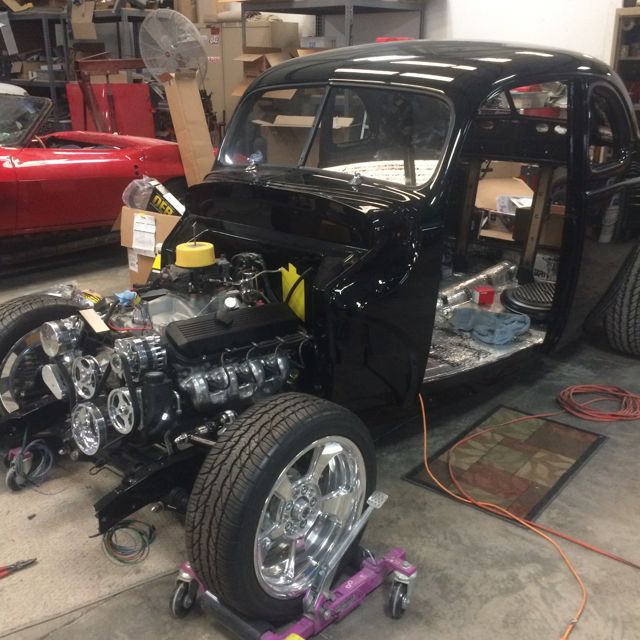 Sometimes our projects take longer than anticipated but when we do get around to working on them we end with what we wanted. Another 40 coupe going together with some serious horsepower installed. 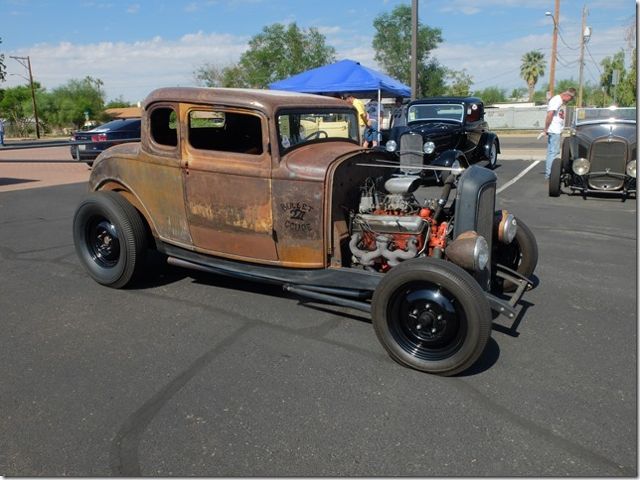 Some neat Deuces showed up for AZ Deuce Days. New chassis and “Patina” body seems to be fashionable. 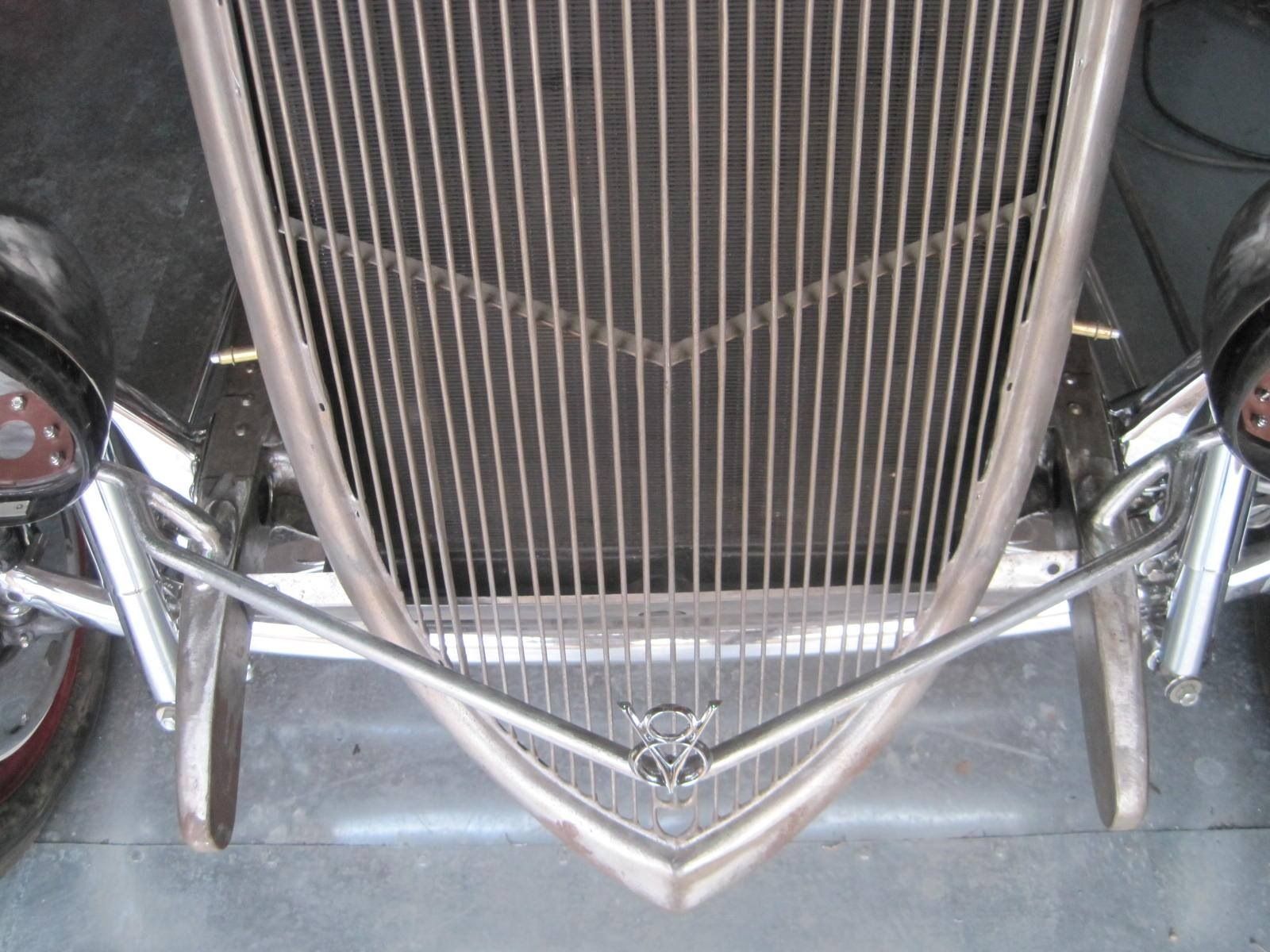 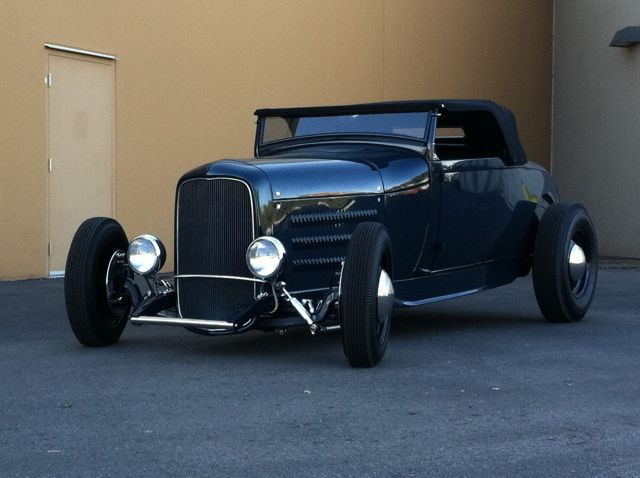 I like this little Washington Blue 29 on Deuce rails. Some builders have the eye to make this set up look classy. 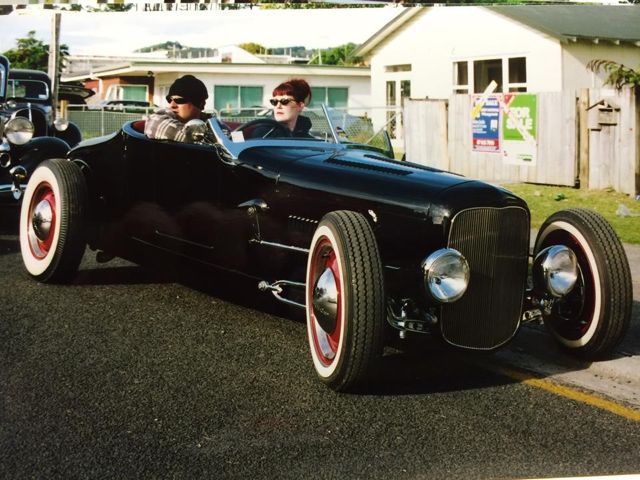 Out for the morning cruise the little T roadster with RHD looks very nice. I am not sure about the low windscreen and the wind. 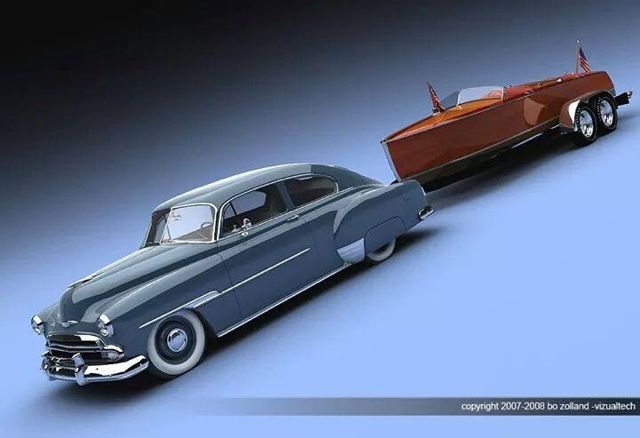 My father’s dream was a Chevy and Century wooden boat. He achieved his goal and kept the boat until his passing. The old Chevy was replaced with grandpa’s Chevy truck. 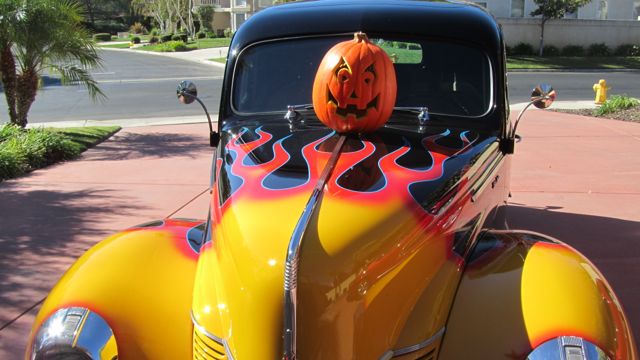 I have Pepe ready for Halloween and all of the little ones who show up for their treat. I hope Mr. Pumpkin doesn’t melt from the flames.