Today was a big day for the wife and I. We started early and took all of the parts from Andre to the blaster. The car was packed late last night so all we had to do was get in and drive. LA traffic can be a bear early in the morning but today was light and we arrived at Ajax early. Bill helped us unload the car and he assured me that no warpage would occur and the parts would be done today. I love the service you receive at Ajax. Bill also showed me his T project with the steering on the wrong side. I forgot my camera so tomorrow I will take some photos for you. The next stop was Frantic’s and he was busy working on my old Woody for Bill. I did not recognize the car until Fred told me it was my old Woody. The car was in for a minor adjustment which Fred will handle on his break. After drooling over my old car, Jane and I headed for Pasadena to Bob and Sandy. Sandy had Girlie in the driveway all cleaned up for show in Old Pasadena. Jane had not seen Girlie and when she did she fell in love with the color and overall presence of such a beautiful coupe. Jane wanted to go shopping in Old Pasadena ( a wonderful place) prior to heading back home so we had one more stop. This always cost a little money but I got off easy today.

Remember a happy wife is a happy life. 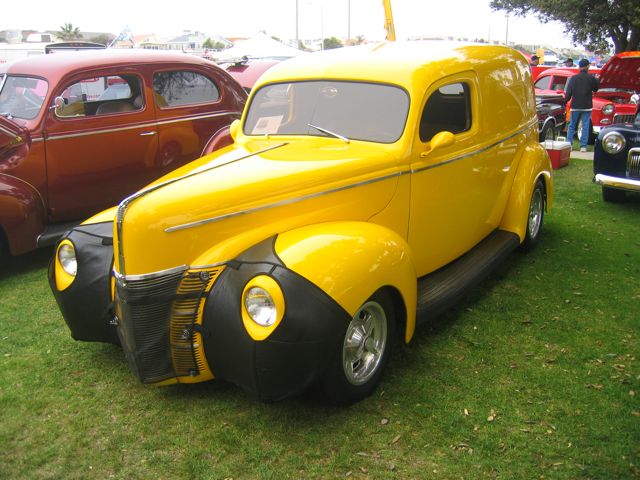 Yellow on a sedan delivery reminds me of my 46 delivery which I named Sunshine. I had never seen this car but his sticker said local car. A very smooth delivery inside and out. 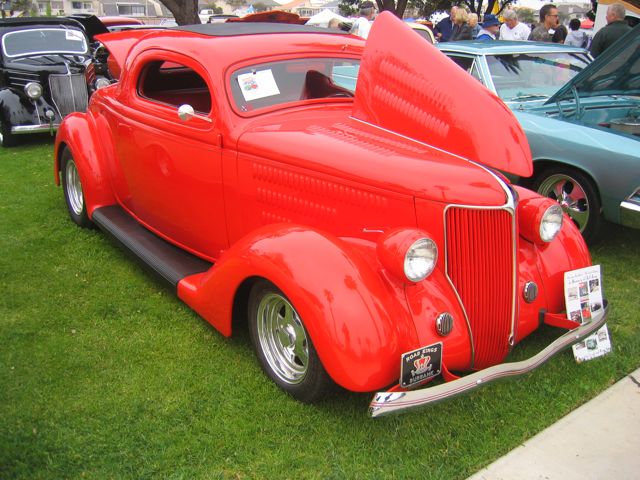 The Road Kings have a lot of nice cars and this red 3 window caught my eye. I usually don’t look at this model but this one really was nice. 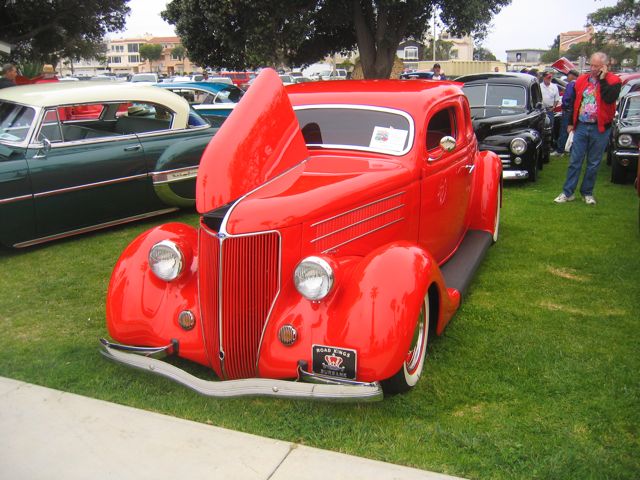 Another Road King car was this newly upholstered 5 window coupe with the early look. I don’t remember these being popular in my early days in IL but I am sure they were around. 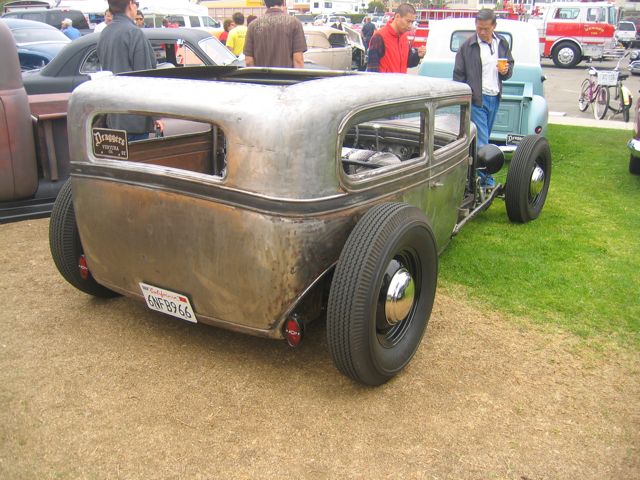 You don’t see Chevy hot rods done in this style very often. The owner has considerable fabrication talent and construction ideas that he put to use in building the one off hot rod. 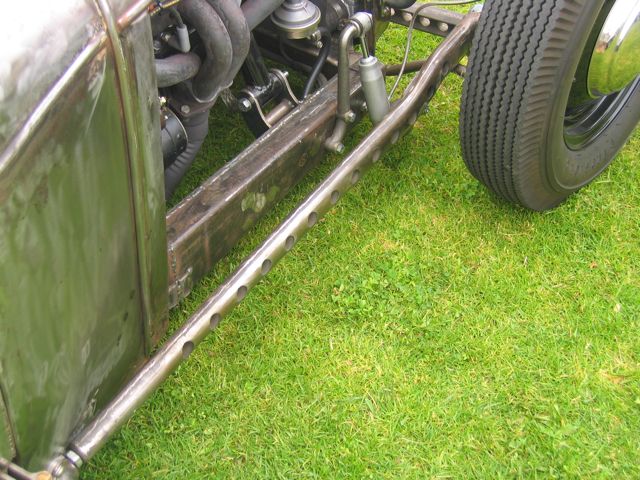 This Chevy sedan hiboy had outstanding craftsmanship and unique design features everywhere you looked. The car won most likely to be stopped by the CHP. 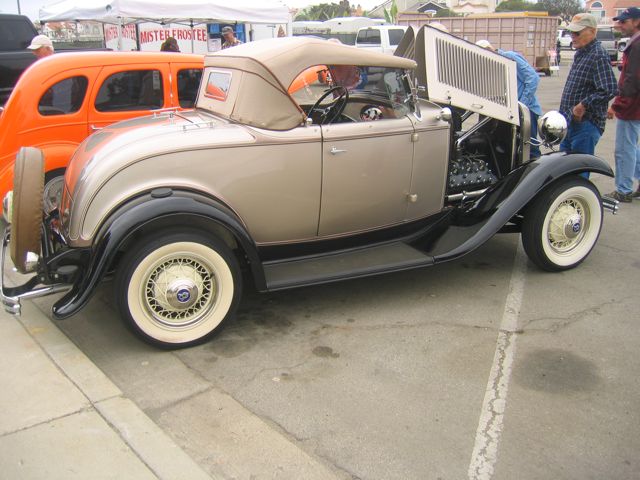 Yea I know another Deuce roadster but this was a real one with a 59ab, Kelseys, 25 louver hood and stock sheet metal. Nice car! 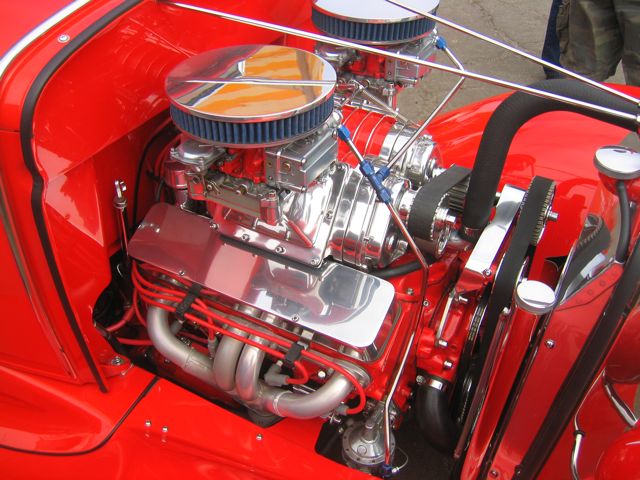 I always like to look at motors and the different approaches owners take to make their powerplant different. This dual charged SBC was looking good in a model A roadster. In fact, the whole car was very well executed with an early design theme including white wall tires. 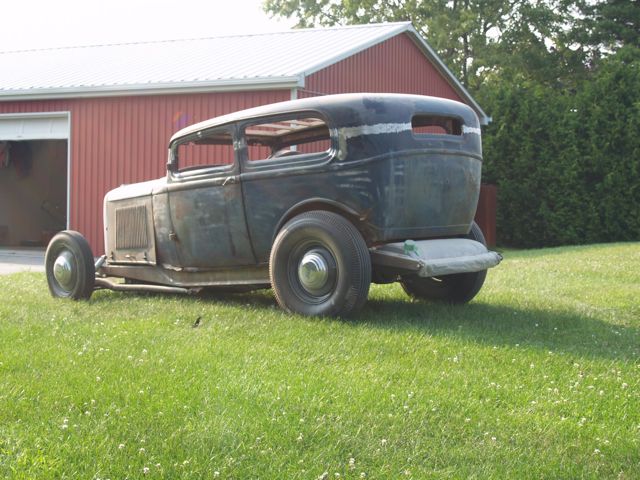 I have been thinking about sedan hiboys again and this one has a RB look. I could not chop one this much but they look really mean and bad. 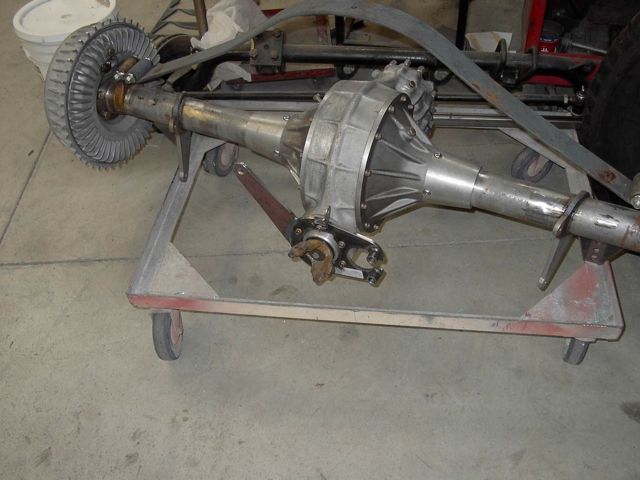 I have been slipping away from the QC rear axle lately in favor of the early banjo housing as featured yesterday. If you study this picture you will see all the neat stuff that makes the QC a staple for hot rods. Model A spring, P&J ladder bar brackets, pinion mounted parking brake, Wilson Welding finned backing plates and the beat goes on. Folks all of this stuff cost big bucks.

Todays sedan…SFSS has the best profile to date! 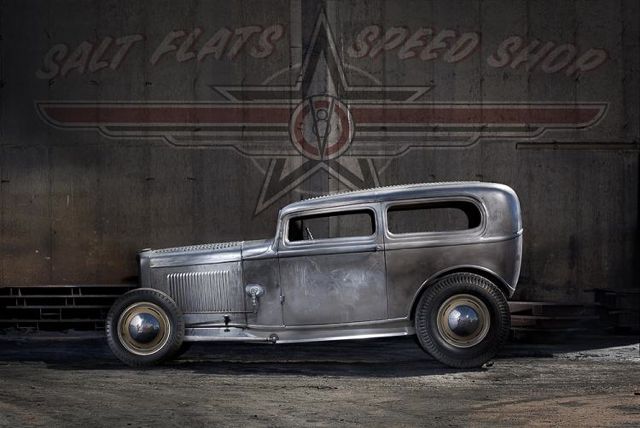 Chris has the car in primer now and maybe we will see some Washington Blue paint very soon. I would bet someone purchases this car before long.