Watching the manhunt in Big Bear reminded me of my search for a 1939 Ford convertible sedan that was rumored to be stored in the Big Bear area a few years ago. I spent a weekend knocking on doors and asking local hot rodders if they knew of the car. I did receive some good leads but the car never surfaced. I know lots of people retire to the mountains and take their hot rods with them but most end up just rotting away in the garages. I guess having something to look at when you retire is what it is all about. You really don’t care if you ever finish the project as long as you can walk out and sit in it once in a while. I vowed to never do that as I would rather see someone else enjoy the project rather than let it sit dormant. Don’t get me wrong, I have held on to projects for several years without touching them and finally reluctantly sold them. Most of my projects were sold to fund a new one but I have been in and out of the hobby several times over the years.

When I became more involved in my work, I substituted working with custom trucks for hot rods which really keep the fire burning for vehicle modification and performance. I became very active in the SEMA show and persuaded GMC to become a major sponsor. I had Boyd build all the trucks for the show. I even conducted seminars on how to increase your parts business my selling truck aftermarket accessories for trucks. The custom new truck trend continued for several years but has faded in the last 10 years. The older truck custom market is very much alive and is as popular as ever. As long as the government stays out of our business, hot rodders will find a way to modify automobiles to suit their taste. That is a good thing in my mind.

Now that the man hunt is over, I may head up to Big Bear again and see if I can locate that 40 woody that is rumored to be stored away in a cabin garage. 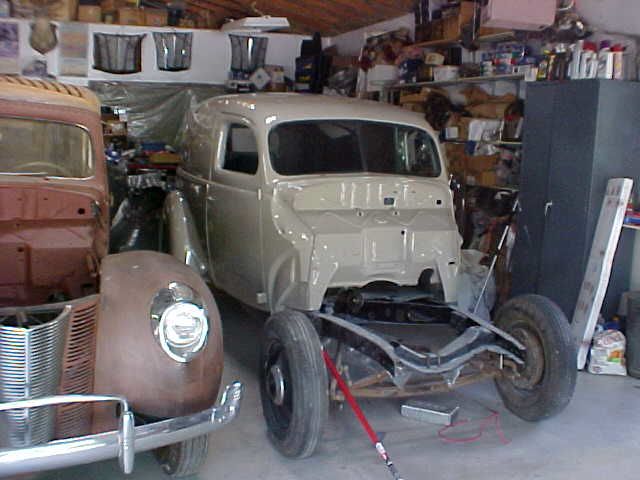 Bob finds projects in garages and brings them home to his garage and storage area. Two of my favorites are a woody and sedan delivery. Bob and Tim finished both of these stalled projects. 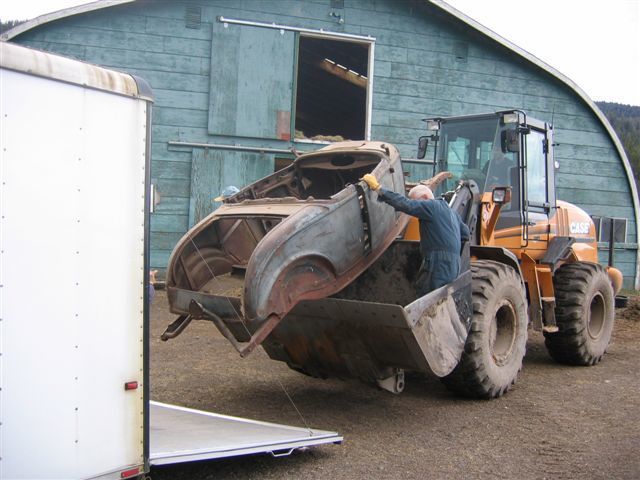 Cam is another one who can locate stalled projects. This deuce body was stored in the barn loft shown in the background. I am not sure how this movement ended but it looks like a serious logistics problem.

I know it is a shame that vehicles are left out in the elements but most can be save with lots of work and money. 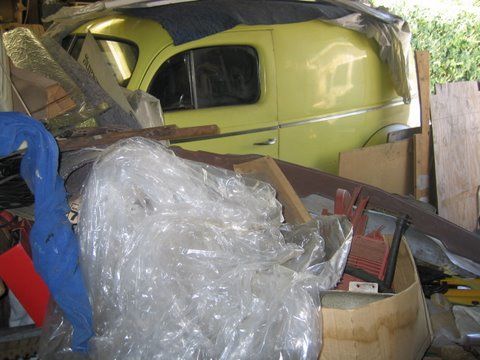 I found this one 15 years ago and it is still sitting in the same place where it has been stored since 1970. The flathead blew up and so Harvey parked it. 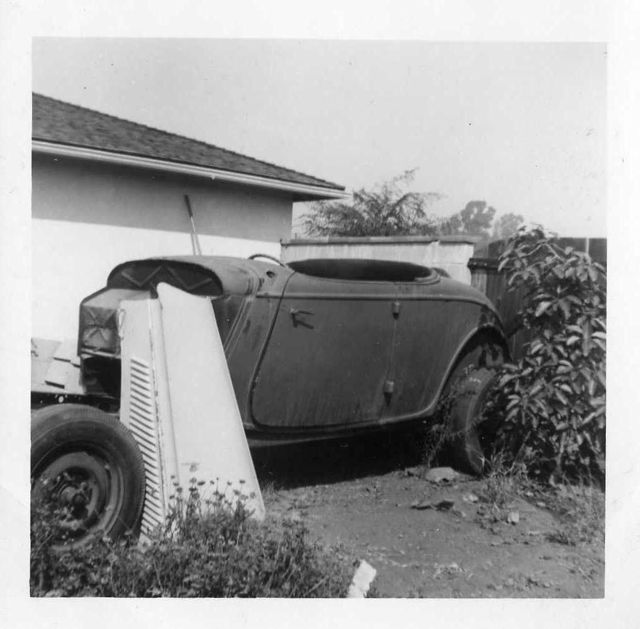 Harvey still has this primo 34 roadster stored behind his garage. The car has been under a tarp and wood planks for over 40 years. 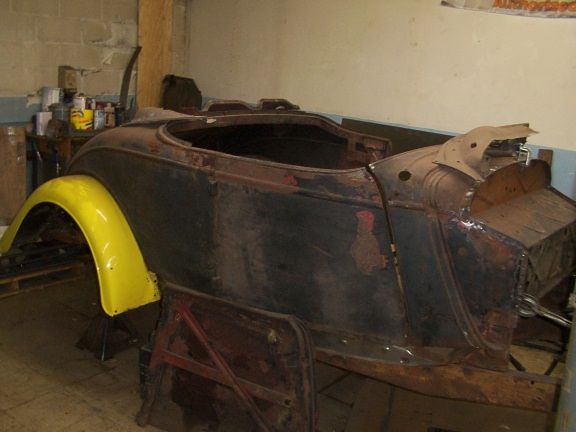 Bill has had this one on the back burner for several years but somehow it just sits in the corner of his shop. I could hang on to one of these model 40’s. 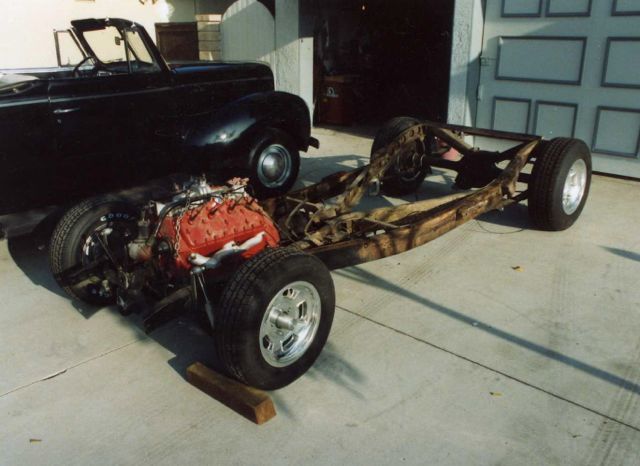 In the early 80’s I hung on to these two 40’s for 10 years without doing much to either one. I did drive the convert with my kids in the back seat. The chassis was for another sedan delivery. Pepe has the same wheels except they are genuine Halibrand. 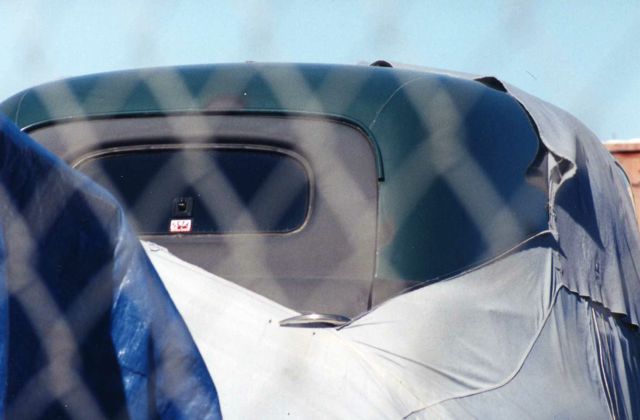 Storage lots are a great place to look for old Fords. This 41 delivery sat in a yard for many years and one day just disappeared. Abandoned projects are someone else’s dreams.

Here is what a dream can turn into if you stick to your plan. Starting with a less than perfect body makes no difference to some and rightly so when they turn out like this. Plain, simple and loads of fun make this sedan a standout. 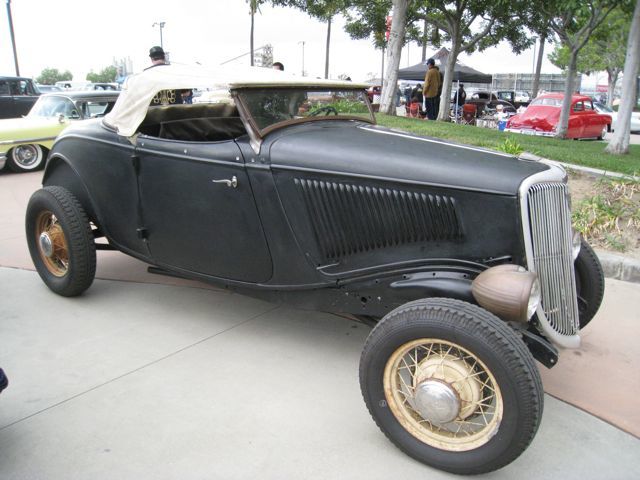 I am not sure what happened to this one but I heard it came from back East and was made drivable by a local person. You gotta love the top profile. Gommi probably knows all about this one.