I left the house early to go and pick up my friend Bob who just had neck surgery and cannot drive for 90 days. Â He is doing good but needed to get out of the house and see some of the “Office” gang. Â After coffee, he asked me to take him over and look at his project cars he has in progress. Â Once you are faced with a major medical problem the cars projects come to an abrupt halt. Â He was happy to see the cars and they both are waiting for his return. Â I was glad to give him a boost for the day. Â I know when I went through surgery I was pleased to just walk out in the garage and look at my projects. Â People who love cars are happy to just see some neat ones to perk them up. Â I did not take any photos as he needed to go back home and rest. Â When he is feeling better I will take some more photos of his garage and cars.

I have been plagued with loud banging sound in Ruby’s front suspension. Â I have had it looked at by several people and they could not see where the noise was coming from. Today I mentioned it to another car builder and he said, without looking at the car, that is was probably due to the ball joints not being lubricated correctly. Â I had never thought of this, as the front suspension is a fresh build. Â The more we talked the more I thought he was correct. Â I will take the car to the shop and have them lube the front end and see if that corrects the problem. Â One thing about a hot rod is you always have something that requires maintenance of some sort. Â I will let you know if the problem went away.

I hope to do something constructive this afternoon on Lucy as she has been neglected lately. 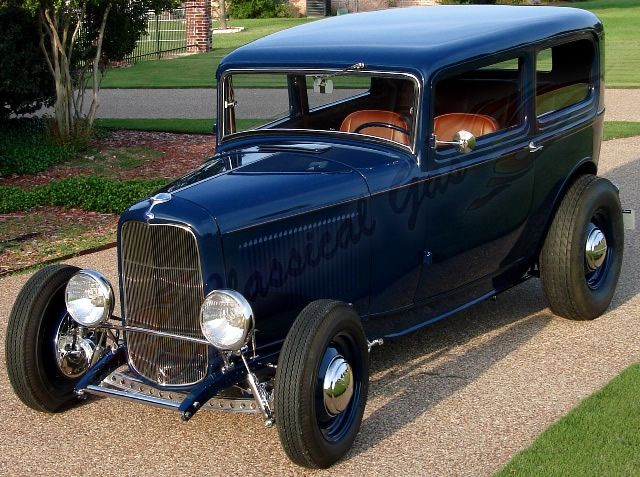 Classical Gas has this hiboy for sale and I liked the look even though it doesn’t have a chopped top. Â I love the Washington Blue and dark brown interior combination. 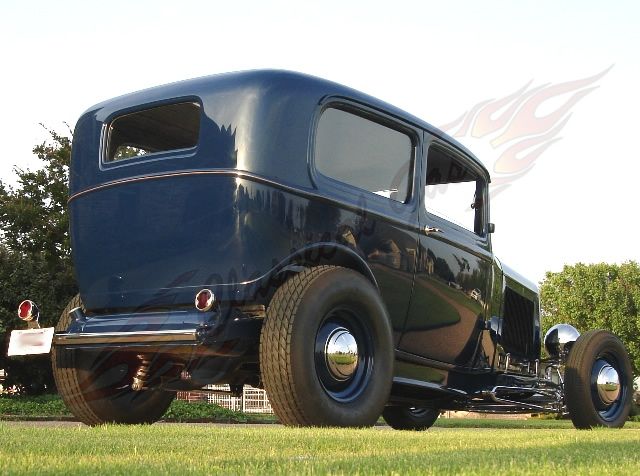 The rear with the tank looks good to me but some folks prefer a rolled pan with a QC hanging out the back. Â The chassis is a full P&J unit with coilover rear shocks. 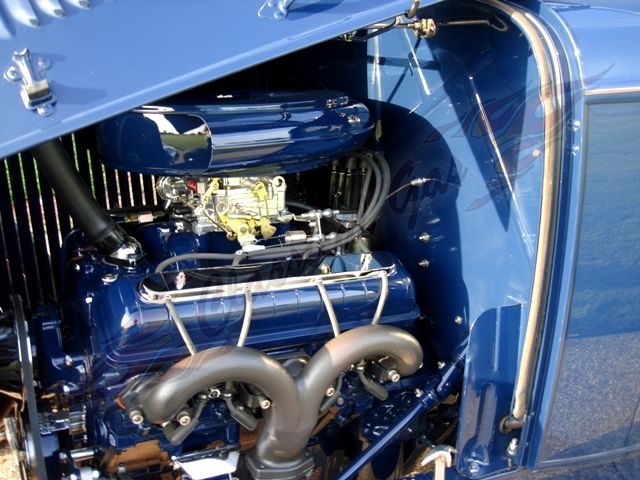 The SBC with Olds valve cover and Cad air cleaner adds to the build theme. Â Speedway sells lots of these headers. 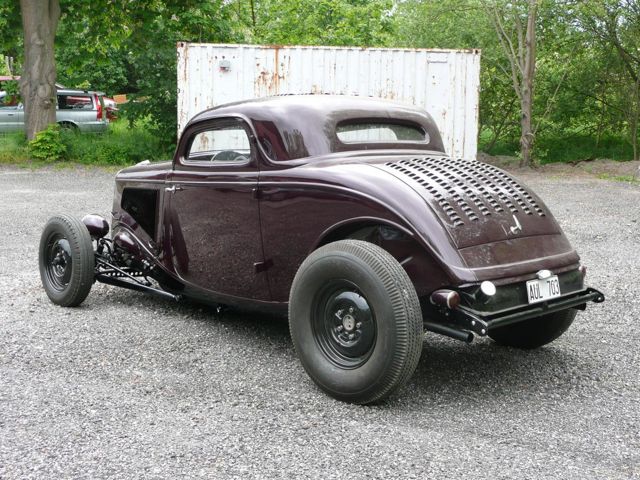 Sweden has some neat hot rods and this 34 is one of them. Â My buddy Tom will like this one which is the next step up from his…it has paint. Â Maybe I should sell the roadster body and buy a three window body at the LARS this month. 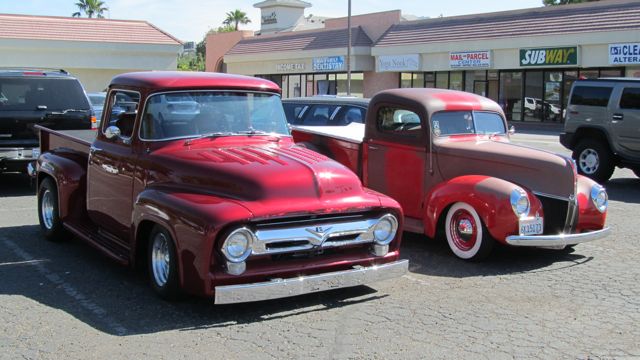 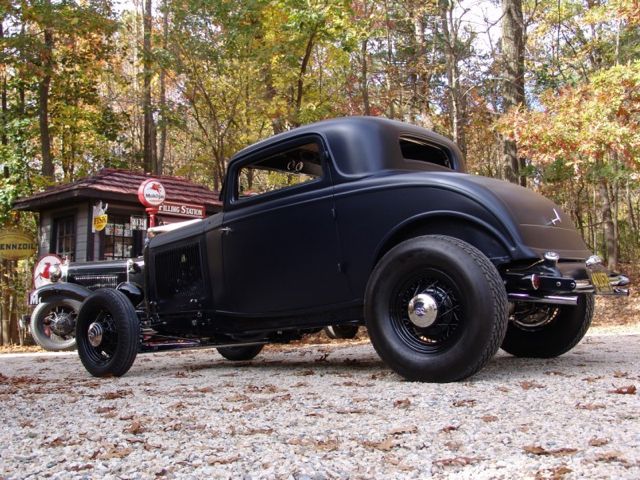 Here is one of my favorite Deuce 3 windows. Â Perfect stance and posture for a period build. 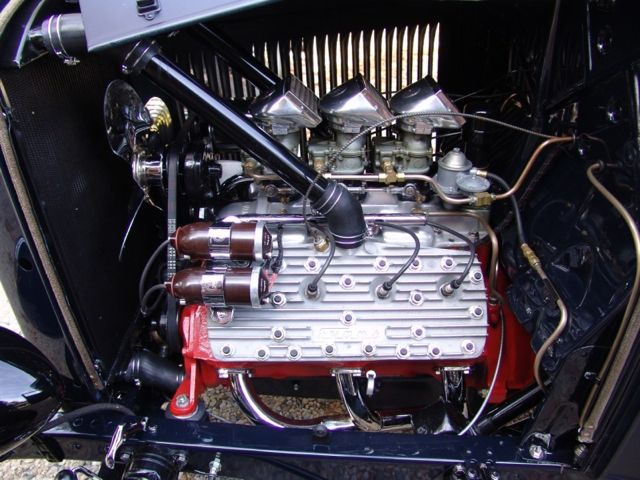 This is the only engine that should be in the Washington Blue coupe. Â Bob O is making him a fan set up like this one. Â Note the dual coils. 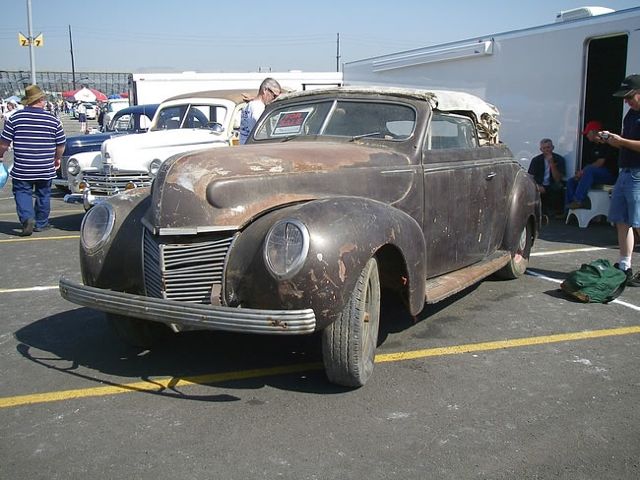 If your in to old customs then the LARS is the place for you to be on Father’s Day Weekend. Â Is that an original Carson Top? Â I think so. 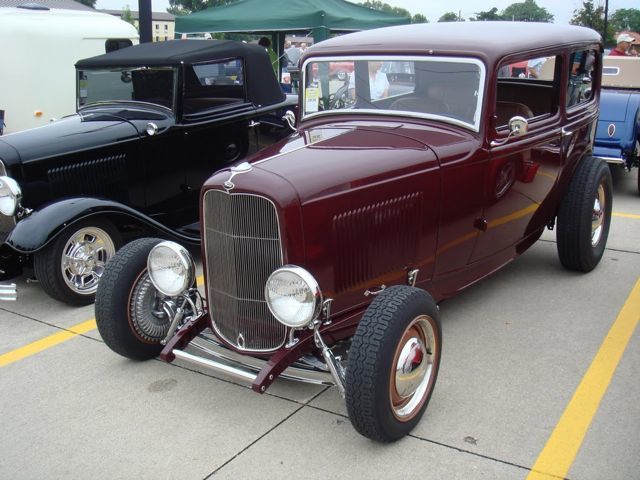 Here is another non chopped Deuce hiboy sedan from IL. Â I love the maroon and dark brown interior with the skinny radial tires. 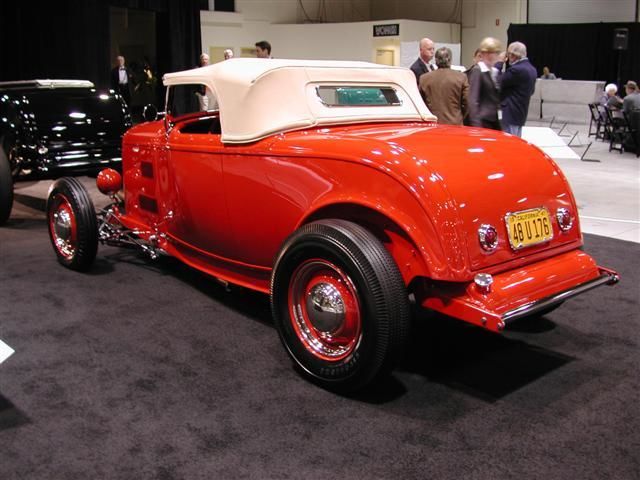 I really like this hiboy of McGee’s. Â I used to see it around town when Dick owned it but it didn’t look like this. Â I really never knew much about the car until my friend John in Canada told me the story. Â This roadster has the perfect top in my mind. Â The “Bob Top” not to be confused with the “Bop Top” was made by Albert to the same specs as McGees. Â Walt and I prefer this one over Doan’s. Â Bruce owns both of them so he can make the decision which one he wants to drive to the LARS.