The Santa Barbara Woody Club’s event is next Saturday and I plan on attending with my wife. I attended the first ones when it was held on the beach but have not attended since they moved it to the college parking lot above the beach. Our anniversary is the same day so I thought she would like to go to Santa Barbara, see the show and have lunch at the Four Seasons resort. In my GM days this was the hotel of choice for the brass from Michigan. I don’t think Obama allows that unless he is invited. I hope it is a nice day because the city is a beautiful place to visit.

Woodies are not for everyone, but our family has always liked the Woody events and for years never missed Wavecrest. The popularity as well as the value has grown over the years to where only the well healed or long time owners can afford to build one. I remember when Jim Jenks, of OP, had a 39 that Doug redid the wood on for CSR. The car was completed just prior to Christmas and Chuck had a Christmas card made with his staff sitting in the Woody. Jim lost interest and I believe sold the car for $10K to Ken from Newport Beach who turned the car into a 40 deluxe with suicide rear doors. The 1939 Woodies had suicide rear doors. The car later became available to me for a nice price of $125K. All of this took place in the late 80’s when Don was building and selling 46-48 Woodies for $85K. Investors soon realized the value of a Woody and were paying good money and flipping them like houses. The current economy has slowed them down but they still are very popular on the West Coast.

I have always preferred the 1946-48 Woody but I think that was because of Don’s building talent and the lack of building material for a 1940 Woody which is second in popularity in my mind. All Woodies were built to use and I am happy to see so many Woody owners driving them on the highways. The cost of a restoration, as with any car today, is quite high and time consuming. Most cars are completely disassembled, wood repaired or replaced, reassembled and varnished. I placed a call to Ron and he said the current estimate to replace some wood, fit, and varnish would be in the $25K neighborhood depending on how much wood had to be replaced. The interior finish, woodgraining ($800), upholstery ($7000), chassis work ($10,000) and paint ($5,000- not much to paint) would certainly add another large sum of money to the overall cost. I have seen several project woodies for sale lately in the $12-15K range that would be a good deal if the car was solid. Of course, the end result would be you could have a very desirable investment that you could enjoy and probably recover your costs. Do you really care at our age? 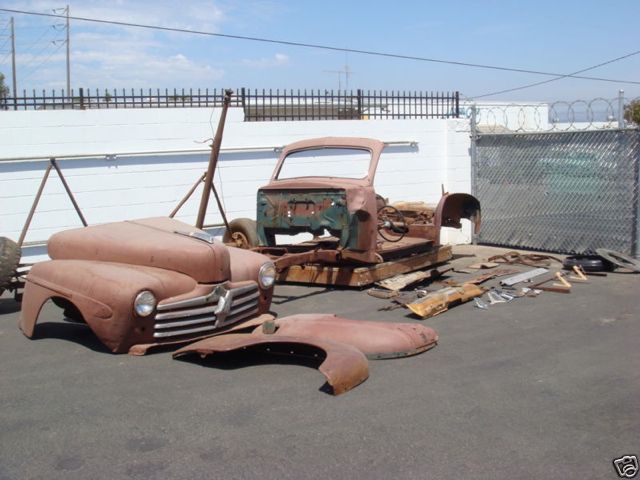 Some assembly required, but a very sound woody. You will end up with this pile of parts even if you buy one that needs restored. 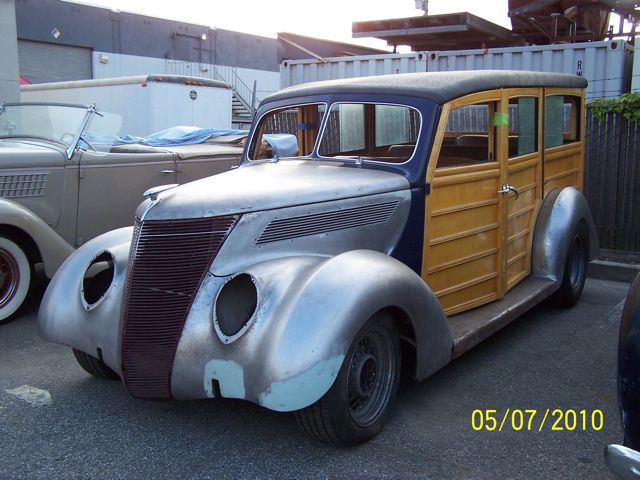 Roy will build you one but you need the big checkbook to handle the construction cost. This 37 probably has a new chassis, drivetrain, etc. $200K plus would be my estimate not including the car. 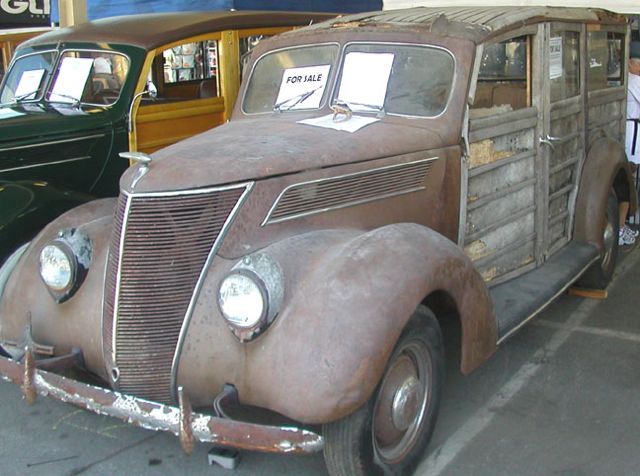 I would pass on one like this as it needs everything replaced. 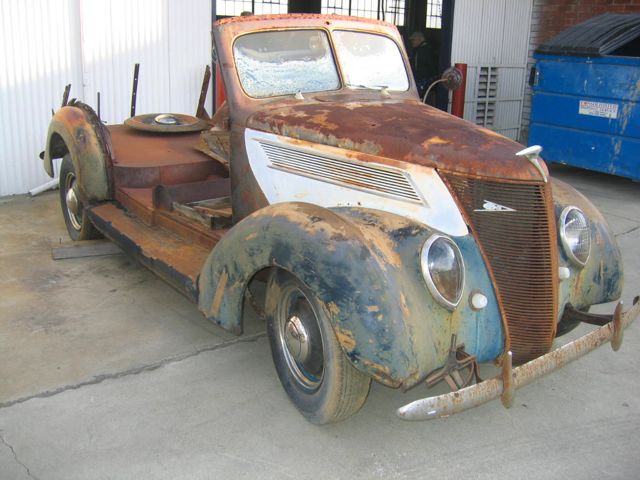 As I recall this 37 had an asking price of about $11k or so. I would pass on this one also as it does not include all the hard to find parts for woodies. 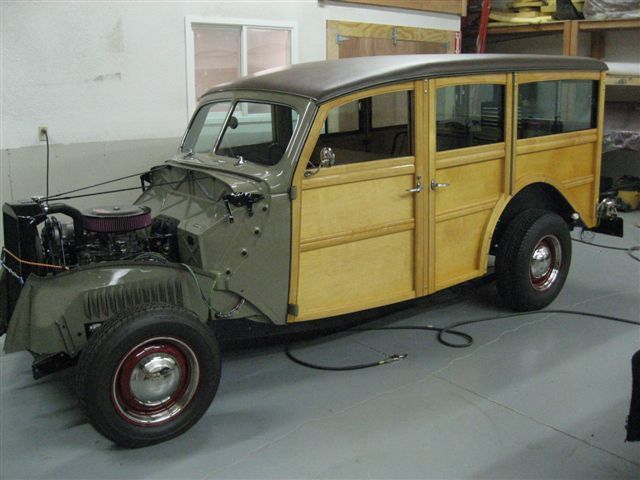 Gary started with a lot worse than the above two woodies but ended up after several years work, lots of money and patience with an outstanding 37 hot rod woody. Here is the car in upholstery jail. He did everything else in his garage. 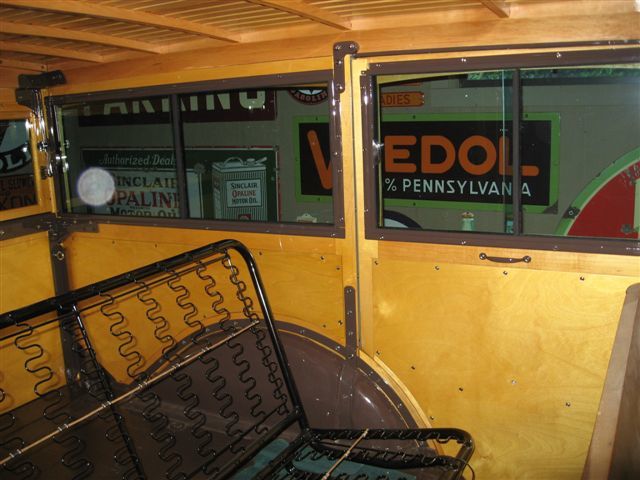 A view of the inside shows the varnish work and the mounting of the Glide seat which hinges to allow access to the rear storage area. I think he hauls 40 parts in the rear of the woody. 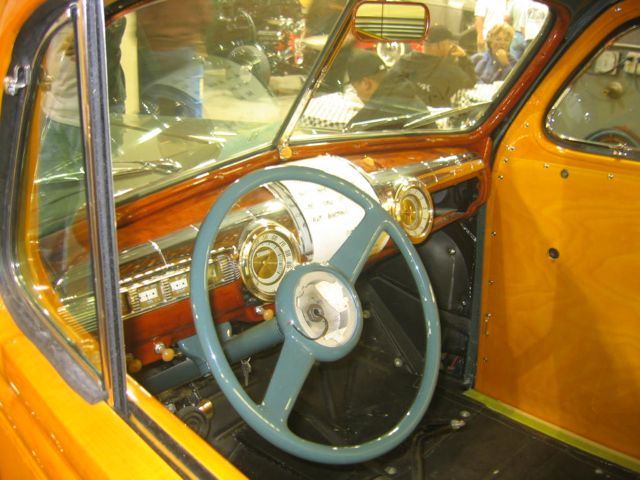 I prefer the woodgrained dashes and this 42 had a nice one. Mr. Kennedy is the one to see for the best in the business. 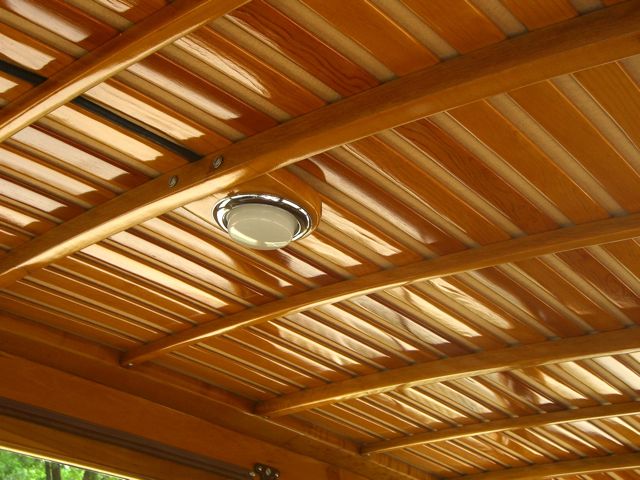 I have always thought the inside slats made a woody a woody. These thin boards almost always have to be replaced to have the look that this one has. Note dome light. Cool! 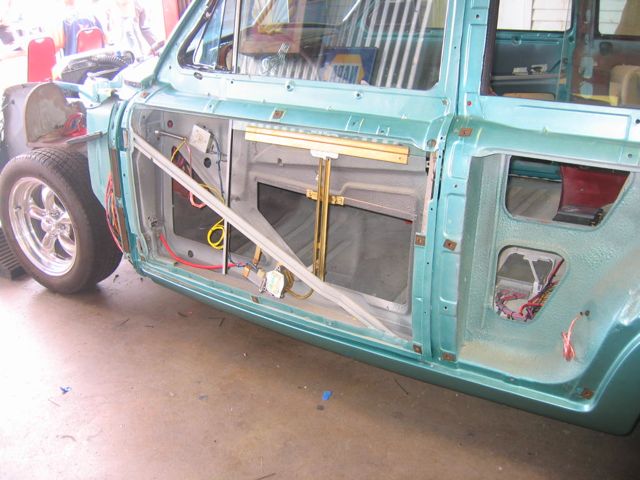 The 1949-51 woodies have a steel structure which reduces the cost of replacing the wood. I like these cars but not as well as the all woody bodies. 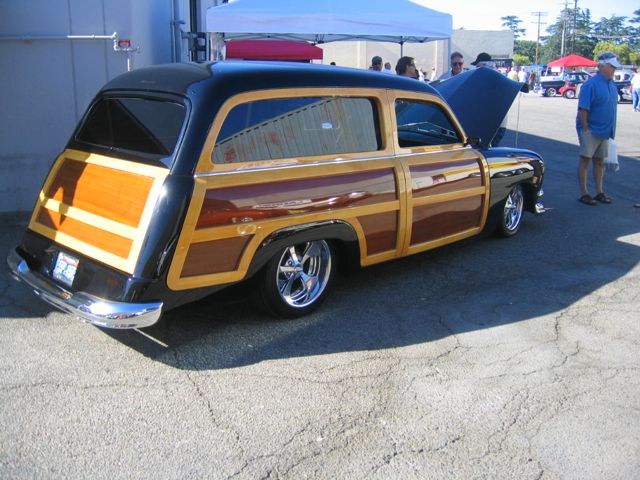 A finished 51 woody at CCC show how elegant they can be. The woodwork was fantastic. Jim has one of these also in addition to his 48 woody he purchased from Ted several years ago. 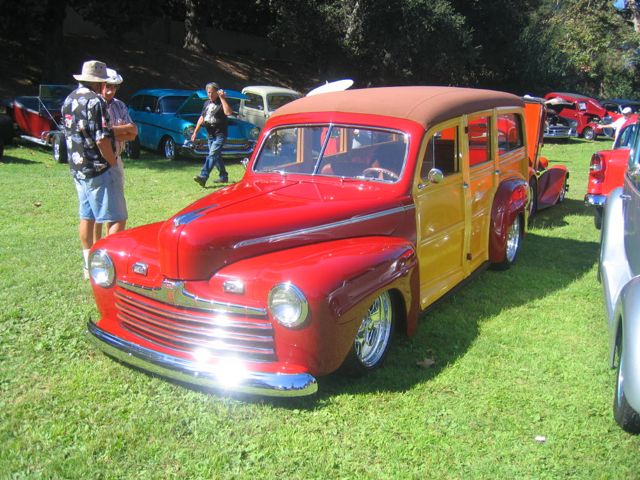 Don built this very nice woody a few years ago and sold it for a whole lot of money. The car has all the amenities and style of a late model Mercedes and cost a lot more.