I have been a student of the early Ford cars from 32-48 for over 50 years and gained considerable knowledge by actually working on the cars in my garage and reading all I could read about Henry’s Hot Rods. I have owned several 34’s but never a real roadster or phaeton which leads me to today’s discussion. I have located a 33 tub that is in need of complete assembly and new wood. I decided I would read up on the wood required to put her back together again (sort of like Humpty Dumpty). I was familiar with the door wood but not the cowl wood and reaming items that are made of wood. I only became aware of this after looking at a website showing the installation of wood in a stock restoration roadster. I don’t think I could ever assemble roadster or phaeton with so much wood. Why did Ford choose this method of assembly? The Deuce roadster and phaeton were stamped steel cowls and doors so why the change? The war was still far away so it must have been an accounting decision to make them cheaper (and weaker) for the market. I have admired the model 40 much more than the Deuce even though they don’t have the audience the Deuce has. I have built several Wescott 33/34 roadsters which are really well constructed using metal in the doors, cowl and B pillar area. I just figured the cowl would not have wood supporting the whole front area and I was wrong. Brad’s Wood Works makes the complete kit and is of high quality and not too expensive but looks complicated to me. I have some photos of the installation process in today’s photos.

My friend Dave has a 34 phaeton and we discussed the wood today at lunch. Bob-O just purchased another 40 sedan so we quickly moved to our favorite model the 1940 Ford. It seems Bob-O has a blood line that leads him to 40 sedans. He has owned 5 since I have known him and several before that time. I must admit, the lowly sedan is a crowd pleaser and fun to drive on long journey’s. Perhaps it is the availability of the sedan that makes it so popular. There are always several available for sale in our area and for a reasonable price. I have owned three of them myself. Bob-O may keep this one it is so nice.

The weekend brings the Early Times Pancake Breakfast and the Roaming Relics shows both on Sunday. I am not sure I will make it to either one as my daughter is flying into LAX on Friday after a week in Moscow. Yes, she is doing leg work for the ’14 Olympics in Sochi. I am very proud of her traveling to such a far off land by herself and I can’t wait until she is back home again.

Enjoy yourself this week. 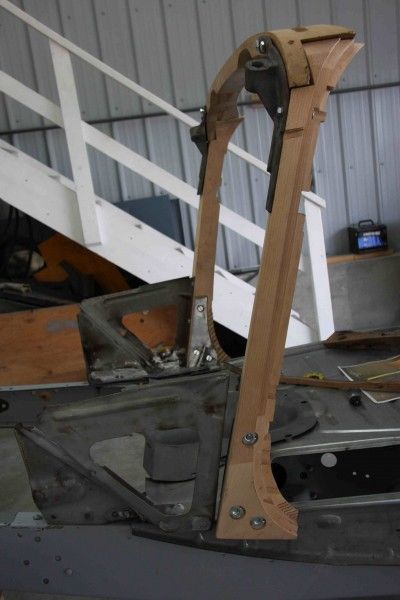 This is the wood that the cowl attaches to. Note the metal brackets that are attached to the post. The large w/s post brackets are beefy for a reason. 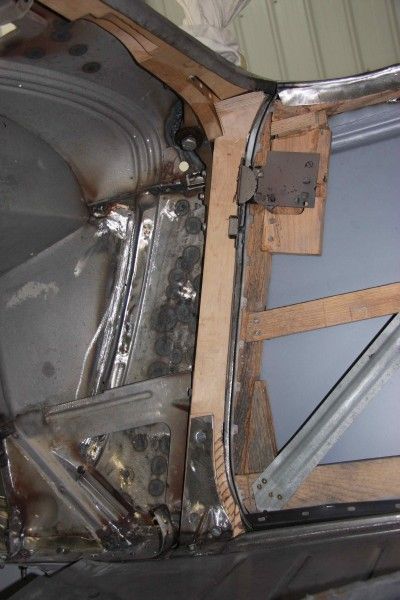 Here is the photo showing the cowl reinstalled on the chassis and wood. I guess you could replace the wood with metal but what a task that would be (but no cowl shake). 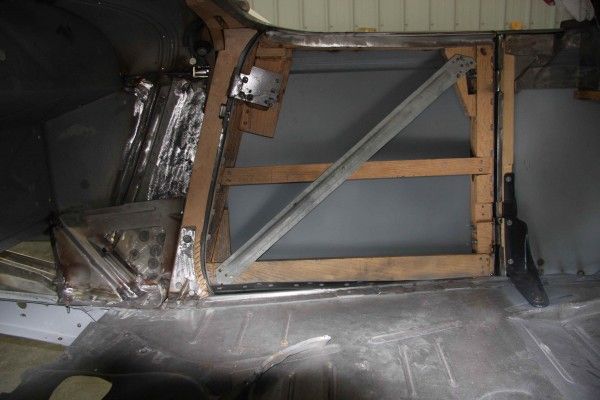 I had seen the door wood several times over the years but never the cowl wood. I guess it holds up as Dave has 180K miles on his original wood phaeton. See the HAMB for complete details on this restoration. The owner has a dedication to rebuild his roadster better than Henry did. Go for it! 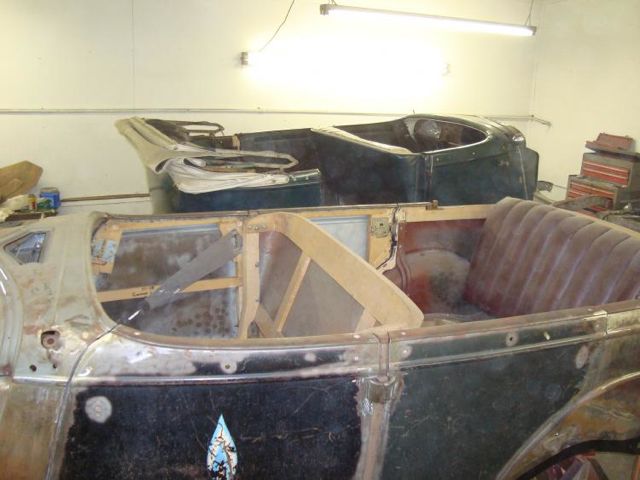 I found this under Google and you can see all the wood used in a phaeton which is pretty extensive. Jim had to add a metal structure to his rear section to keep it rigid. This fellow has two large projects. 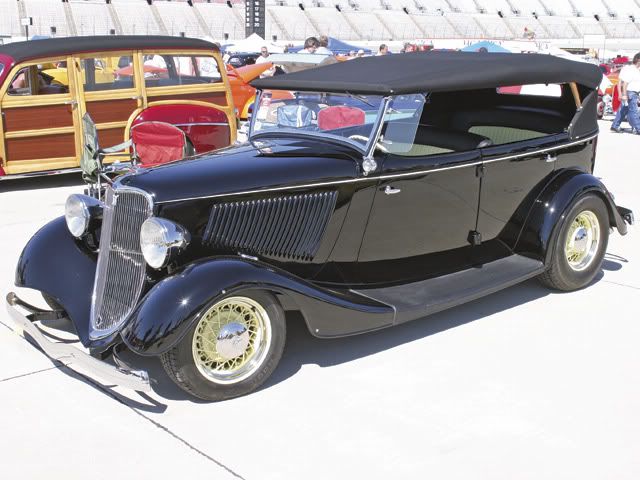 With a little time and lots of money you could end up with one like this. The 1933 is a rare car and sought after by some. While not as popular as the roadster, they make nice rides (A little windy!). 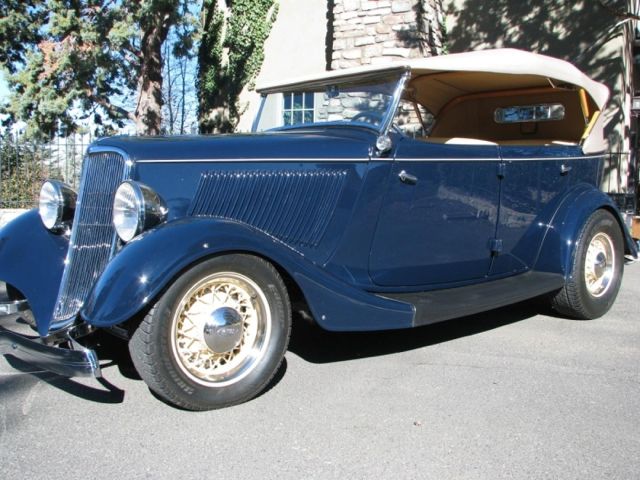 If you like Washington Blue then this 33 might be for you. I saw this one at the LARS last year. 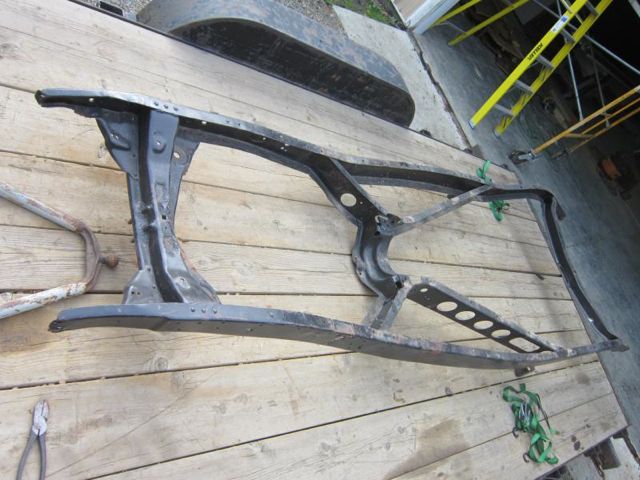 It all starts with a nice frame like this that showed up on the HAMB yesterday. Solid and reasonable for a change makes this one a keeper. 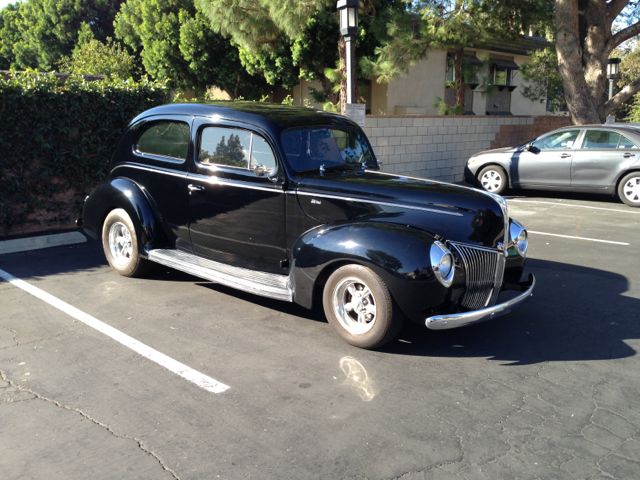 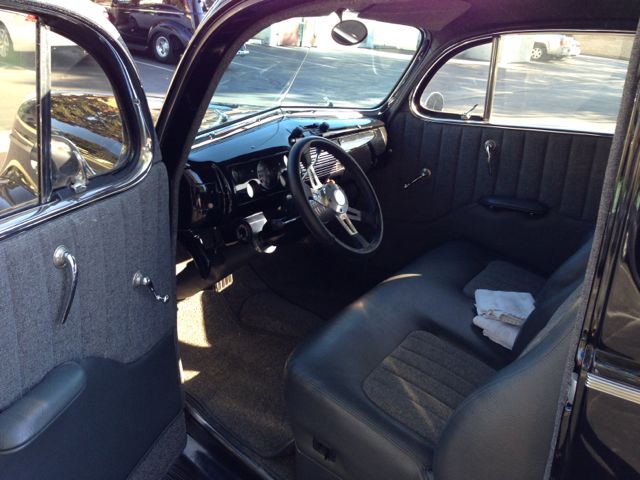 The interior is very clean and functional with leather and cloth inserts on the Glide seat. This will make someone a nice ride. 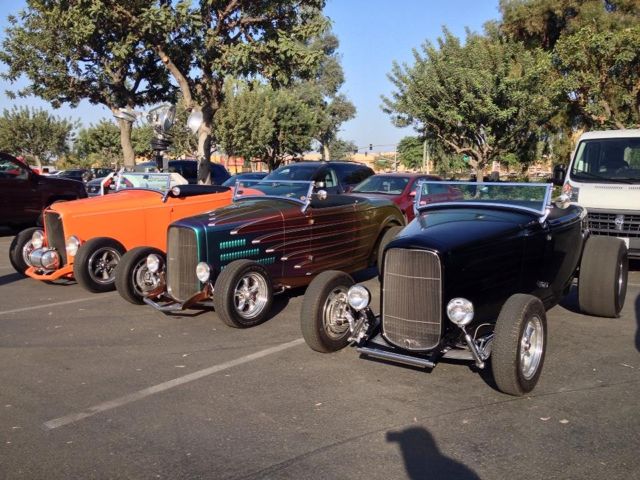 Dennis, Roy and Steve lined up for this great photo at the CHRR. Roy has all of his old roadsters in his shop. Topless anyone! (Photo by Greg.)