The morning started with a trip to the dentist for a crown repair. Now, Dentist don’t have a shop comeback policy like car dealers do. And no matter how hard I tried, he convinced me he could not just drill through the crown, fix the cavity and put in a little bondo. No, he did a complete removal and restoration which took three hours and resulted in a sore mouth. I made it home and decided to spend the day doing very little. I thought I would make some patterns for modifying a Deuce crossmember (another one) I have been working on. Pete Eastwood offered to show me how he does his but I felt so bad I didn’t feel like driving to Pasadena. I looked at the photos he sent and decided I would make a similar unit out of cardboard and see how it looked. The result wasâ€¦ I think it will work. I will borrow Bob-O’s radiator tomorrow to make sure it clears the new raised crossmember.

In the meantime, Mr. Bill has gathered some more parts for his project. He has a SO-CAL front axle, a set of 34 bones and a set of P&J rear ladder bars he purchased at the Long Beach Swap meet last weekend. It seems he has all the luck when going to Long Beach. I never see any old Ford parts when I attend. My wife thinks that is a good thing as the garage is very organized currently. If you remember we are still just collecting parts and some of them are in the garage being worked on by me. I am very happy to have something to work on as the days are long just watching the grass grow.

I did manage to provide assistance to my friend Bob-O as he had a freak accident happen while bleeding the brakes on his Deuce 5 window. Bob-O does his own work and has a nice garage with a lift. I just happen to stop by to pick up the Deuce radiator when I noticed that his coupe was hanging over the front of the hoist which indicated it had jumped the stops. He started the car and put it in reverse and noticed that the brake pedal went all the way to the floor. He quickly pushed the floor shift into first instead of neutral and the coupe leaped off the hoist. I quickly jumped out of Pepe and helped his shut it off. We worked for about an hour jacking the car up so we could push it back on the lift. The story continued and we could not achieve a good brake pedal. Donnie came over and taught us a lesson about bench bleeding a master cylinder the correct way. According to him, you must put two lines from the outlets back into the cylinder and continue to push the plunger until all the bubbles (air) are gone. We also had a air operated bleeder which was a plus for evacuating the air from the system. The brakes pedal still was not holding so Donnie adjusted the rear shoes and presto we had decent brakes (not perfect). Less learned by both of usâ€¦. Test the brakes prior to starting the car and putting in gear.

My tooth is aching so that’s it for tonight. 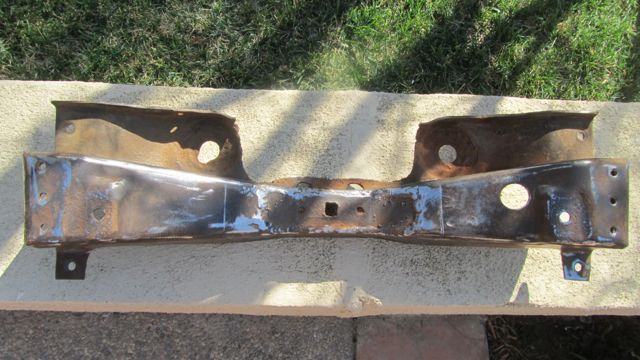 Here is another old discarded Deuce crossmember that Dave replaced with a better one from the Kennedy Boys. The center section is junk and needs to be replaced. I will keep the original engine mounting holes. You will see why later. 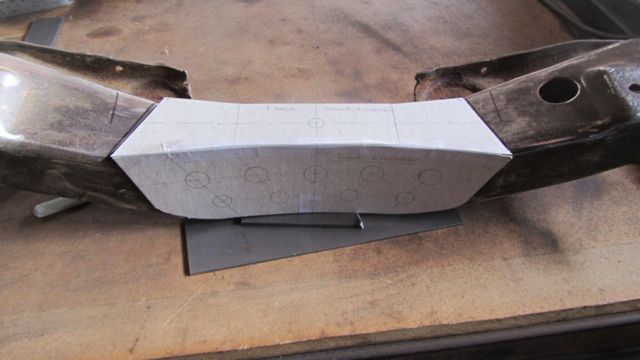 I made a pattern for a template that could be transferred to metal. The top will be 3/16″ and the front and back will be 1/8″ plate welded over the original uprights. This should provide sufficient strength for the worn crossmember. 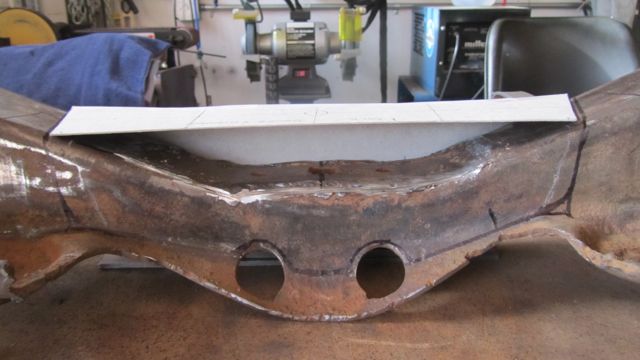 This photo shows how much (1″) was added to the height of the crossmember. I will leave the front and back intact and remove the top worn section. 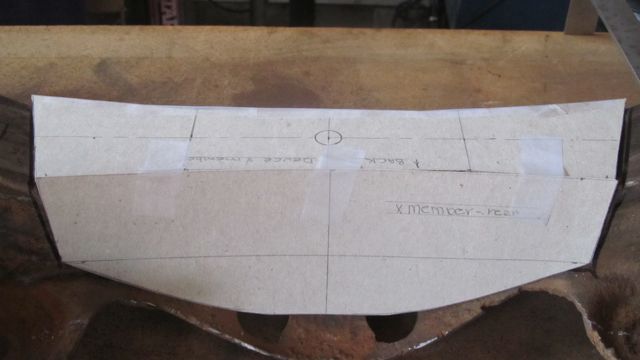 I made a template for the back side and the whole channel will be welded together and replace the battered center section. I think this will work just fine. 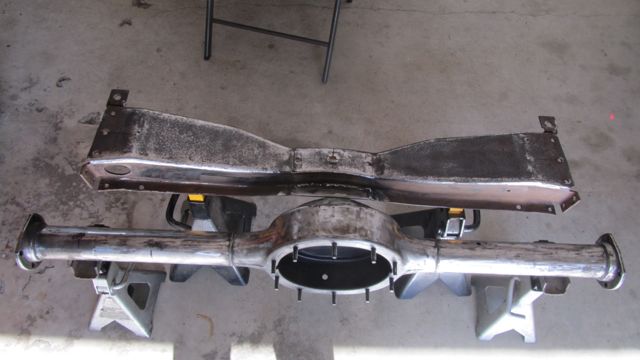 I have the rear axle and crossmember ready to go when the ASC frame rails arrive. We still need a center section idea. X-member, Deuce Frame or P&J K-member? 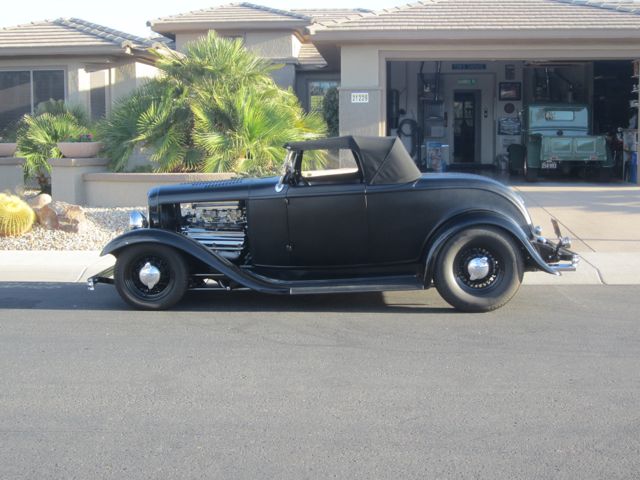 Tom has another Deuce in his stable. He just picked this one up last week and has some big plans to make it his. 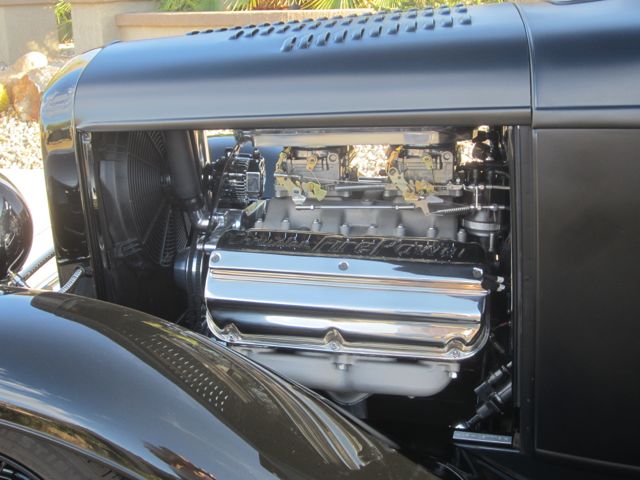 I know Tom loves the Hemi and this one is special. Maybe some blisters in the hood sides would be cool. 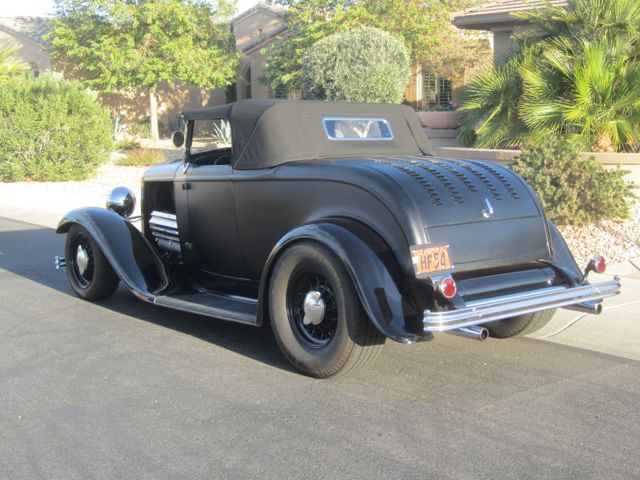 Black wires, louvered deck lid, QC and super stanceâ€¦what’s not to like. 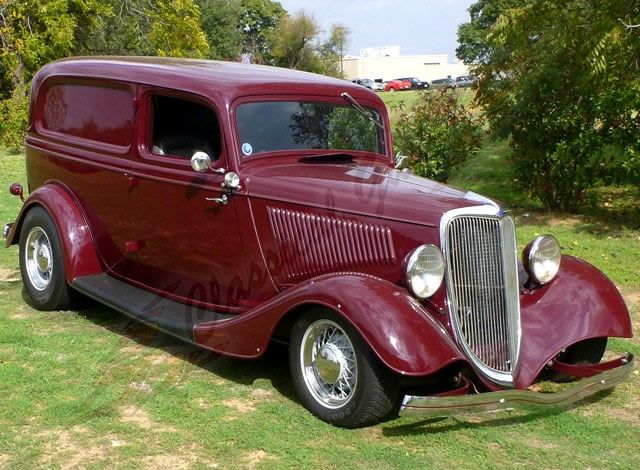 I like the 34 deliveries and this one sits just right. Maroon body with gray wire wheels looks good to me. Pepe would be jealous. 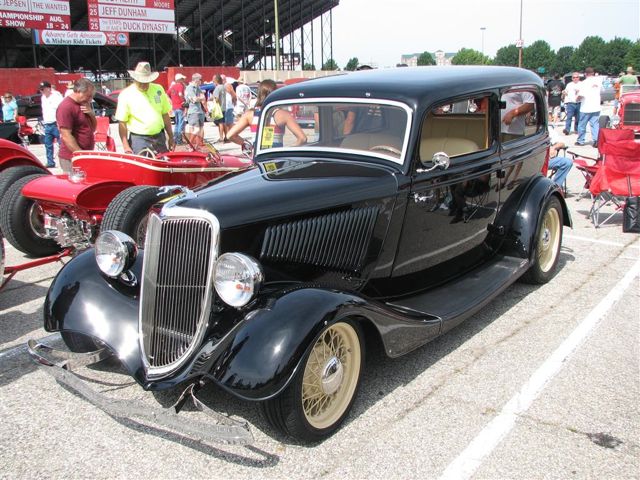 I keep coming back to this very nicely done 34 sedan with Tacoma Cream wires. What great hot rod these cars make when done up in this style. 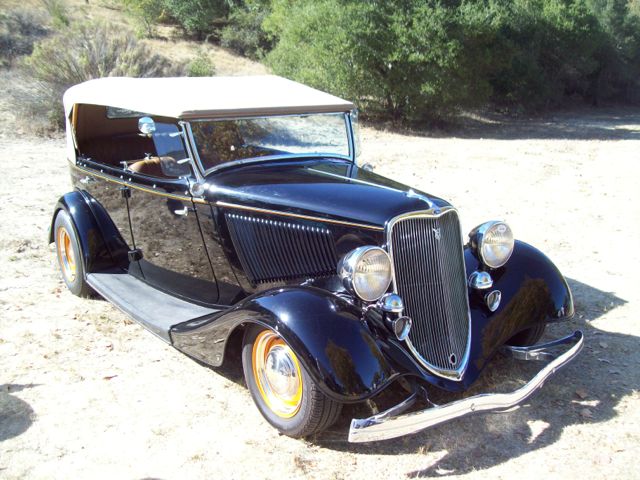 Kind of nice just sitting in the dirt and gleaming with class. More of theseâ€¦please.