It has been a slow week for Pewsplace. Motivation is lacking and laziness has set in for the last few days. I know most of us go through this phase every so often but I try hard not to let that happen. I have plenty of projects that need my attention both in the garage and around the house but I am just not in the right frame of mind. I can’t blame it on anything or anyone but me. Our Toppers Tuesday crowd had similar attitudes yesterday and we were wondering what the problem was. Someone stated that perhaps the fire needed another log thrown in to keep it burning. I think that might be the problem for all of us who have slowed down a little. I came home and looked for another log to keep me going.

The inspiration turned out to be several new photos on Facebook (time waster) of Walden’s Speed Shop showing a Deuce sedan that they are chopping. Bobby and his team of metal masters can make any old car look better by shaping the metal into a true Hot Rod profile. After studying the photos, I thought about the metal masters we have had during my 30 years in southern California. Names like Steve Davis, Dan Fink, Terry Finch, Squeak White, Jason Kennedy and Terry Hegman all are noted metal masters in my mind. Each one learned their craft from some of the old masters but each perfected their skills to exceed their mentors. Today, we have a whole new generation of truly magnificent metal masters in California. In the bay area Moal’s Coach Builders can build you anything you can think of if you have the budget to do so. Steve and his team have built some way out cars as well as some very traditional hot rods. Developing the skills required to shape metal requires lots of practice and some special tools, but the real talent is having the “eye” for what looks right. You can spend lots of money and end up with an eyesore if the shaper has no eye for design.

We have all seen the chopped top that looks odd or lopsided due to inadequate skills or a poor design perspective. All of the aforementioned artist have the “eye” which makes people seek them out for their project. When I was building my 3 window, Chuck told me the best at his craft was Steve Davis so that is where I took the car. The price was not cheap but the finished product was priceless. I learned you don’t push the artist. They will complete it when the time is right. The process took almost a year but it was worth the wait. Great works often take a little longer.

Bob-O has slowed down on his project also, so maybe we need a trip to Walden’s and the Kennedy Boys to gather some more logs.

Please, stay off the couch and make something happen in the garage. 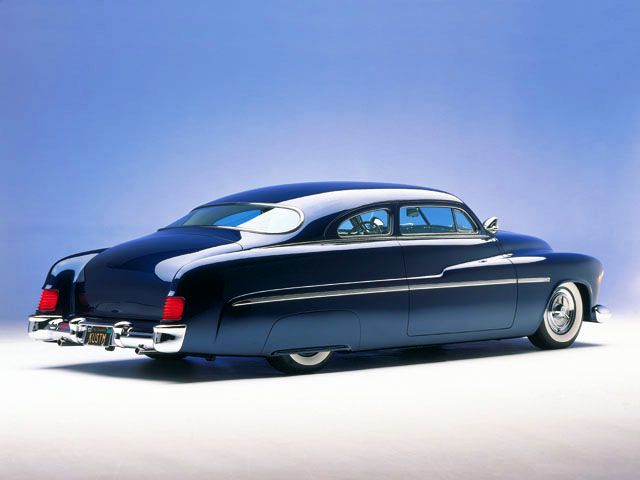 Terry’s 51 Mercury shows off his true talent in both metal shaping and design execution. 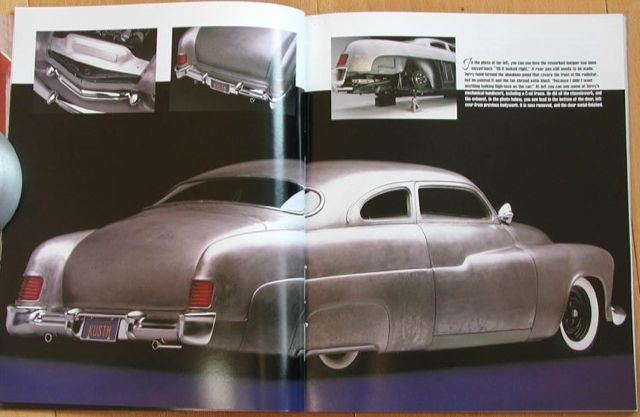 As shown here in the Rodder’s Journal photo, Terry’s bare metal Mercury was perfect prior to paint. Steve is the man for photos. 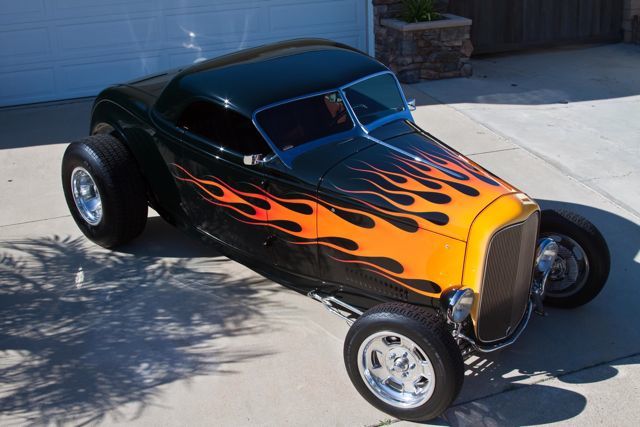 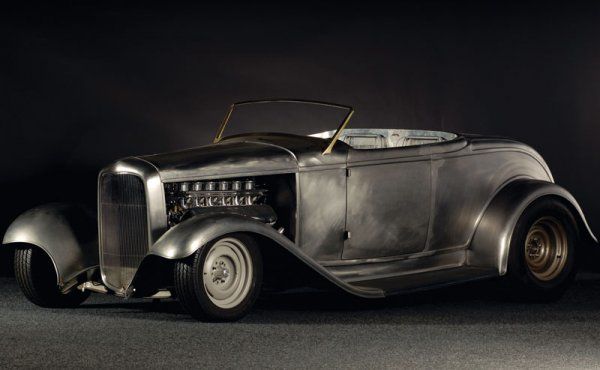 Squeak and Joe teamed up to build this special Deuce. I don’t know if it was ever finished after Joe’s passing. 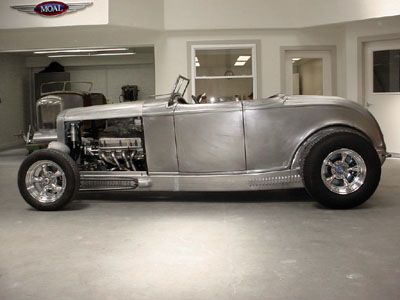 Steve’s hand built roadsters are a true work of art by a master of design and metal shaping. 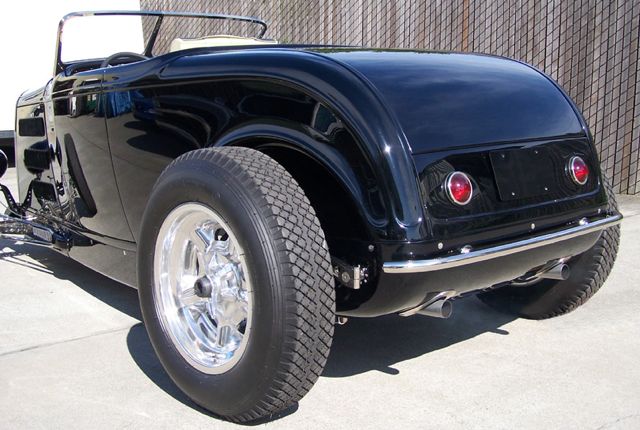 Steve’s design has a totally different look than any other builder. He has the eye for what the customer envisions.

Imagination is required to build a product like the above 36 Ford. Thousands of man hours in this build but this is the customer’s concept with Moal’s execution. 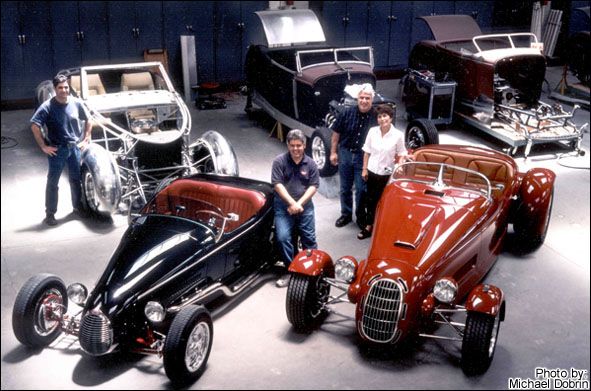 The Moal family has built some outstanding cars during their career and is still turning out masterpieces. 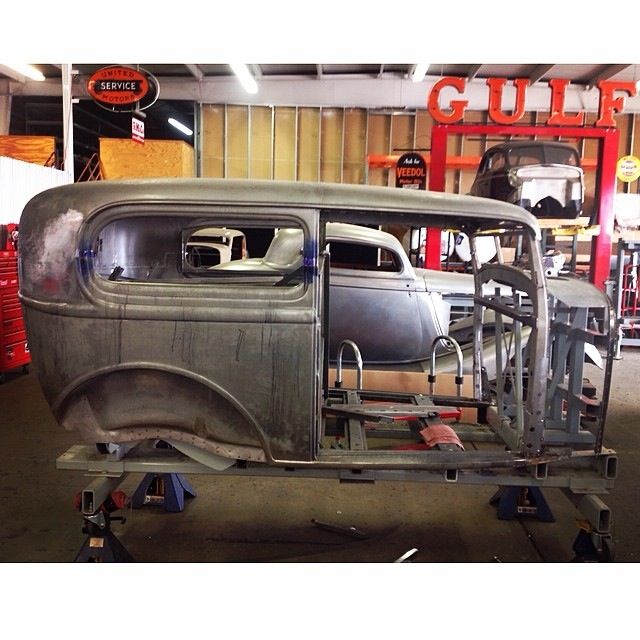 Bobby has the sedan chopped 3 1/2″ and note the special jig to make sure it all stays in the correct shape during the process. The coupe in the background is Bobby’s personal project. 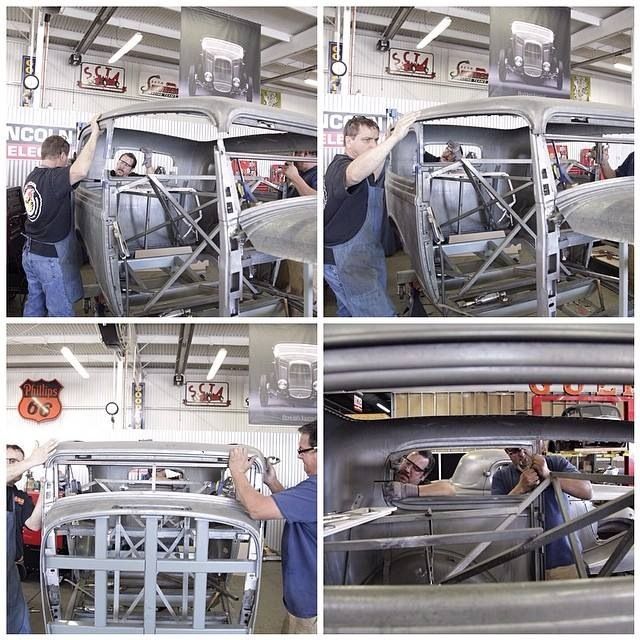 Bobby’s team is shown here doing work on the sedan. Note all the bracing required for the chop procedure. 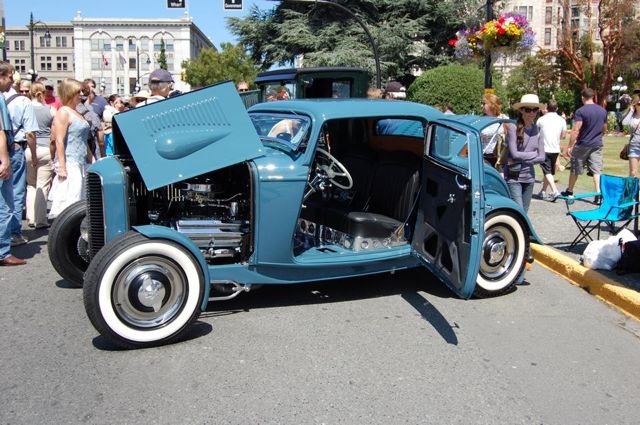 I don’t know who created this one but the hood shows some nice metal shaping as well as the grille and top.

I love the hiboy sedans and this black beauty belongs in my garage. Roy built this one for one of his customers.