I stopped over at electrician Bob’s shop this morning to look at his new 40 Ford pickup project. He picked up a very nice cab and related sheet metal for a price he couldn’t pass up. I helped him locate the VIN so he can register the truck prior to starting any major work. The chassis had been covered with bondo which we removed and discovered the number back in the middle of the frame. The front number had been ground away during the boxing process. I don’t know why builders do that but them all seem to ignore the numbers. We will have to re-stamp the front rail for the inspection as the body covers the rear numbers. A forty pickup is a real desirable hot rod if you are not very tall. Cabin room is minimal and the seat back is straight up and down. He is not sure of his build plan but hopes to keep it simple with parallel leafs supporting an 8 inch with a dropped axle up front. The car was equipped with a front four bar but the pieces have disappeared over the years. I called CE to see if they still had some of their very nice batwings available and they don’t. It seems everyone uses an IFS on their projects today, especially on 35 and up builds. I know that JR can make some if you supply the wishbone ends. I had a set on my sedan that his father made for me. Trends change and suppliers change their inventory with the demand side of market.

Most of you remember the “Four-Bar” theory made famous by P&J during the 70’s. The system was installed on most cars being built and worked great with sound engineering principals and quality rod ends from the suppliers. I can normally judge the build period by looking at the front suspension. Hairpins have replaced four-bars due to the retro look resurgence that has occurred â€” again with the genius mind of SO-CAL Speed Shop. Lobeck stuck with the four-bar concept longer than most and during his final builds switched to the hairpins. Bob and I are going to stick with the four-bar system as the chassis is set up correctly to install the front suspension. Adjusting the caster is much easier and provides more room for the exhaust pipes than the split bones. Maybe this will become popular again but I doubt it.

The San Pedro Woody show on Saturday should be a lot of fun and they allow others cars to join in the festivities. The San Luis Roadsters Run is also this weekend on the Central Coast and several of my friends are headed up for their 35th Annual Roadster Run. The weather is hot and just right for driving your Woody or Roadster for some true “California Dreaming”. 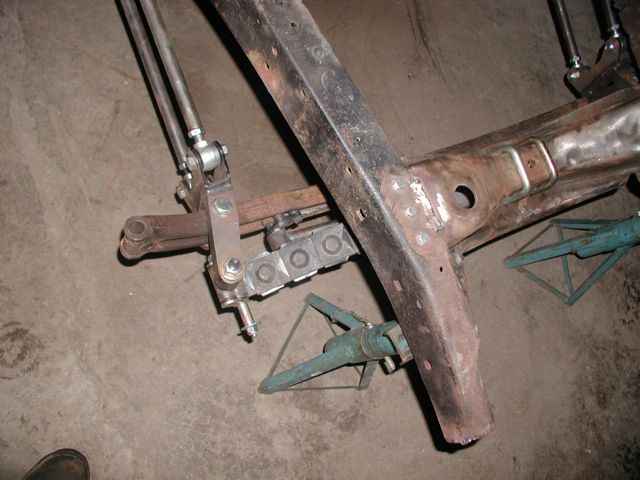 Speedway offers this four-bar set up which features a fabricated batwing for the spring in front of the axle as is the case with a 40 Ford. 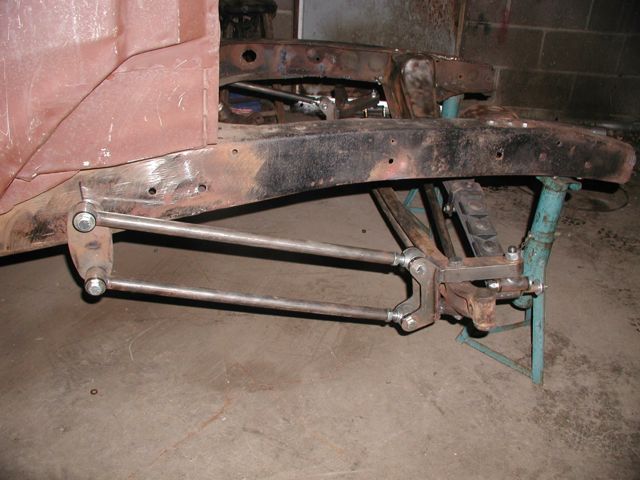 The rear brackets keep the parallelogram that supports the minimal movement of the front axle during operation. (caster stability) 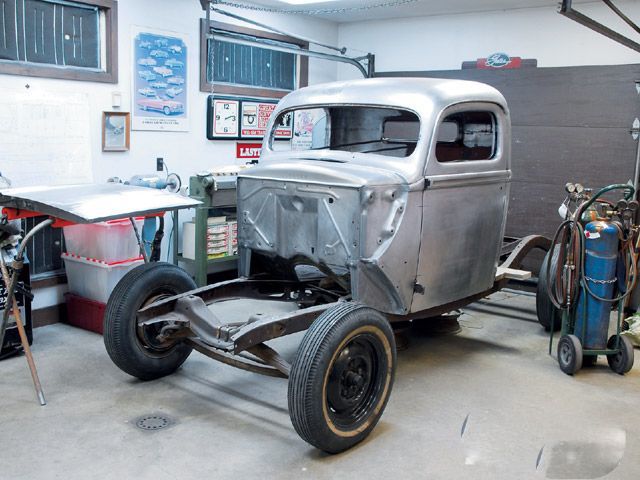 Bob plans to chop the top and end up with something like this. His cab is cherry. 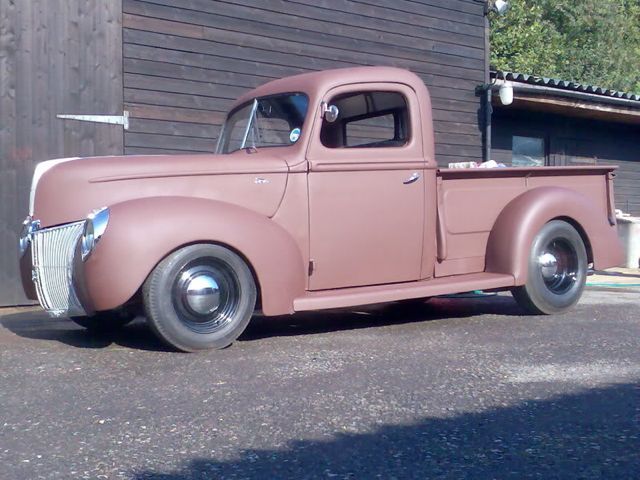 Nothing fancy for a shop truck just pure “Hot Rod” primer and attitude. 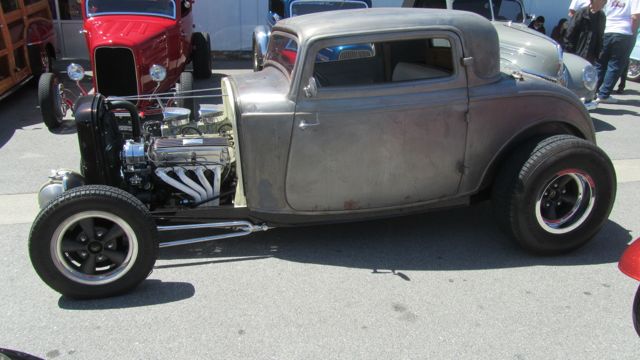 This little 3 window is always at Roy’s and draws a lot of attention. This is a real Hot Rod! 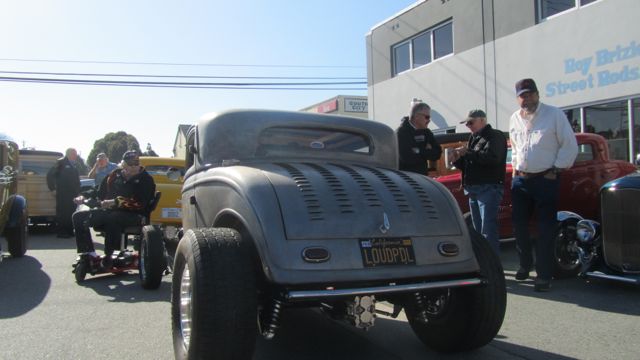 The QC sure makes a statement when done like this. That is George looking on at the sea of 3 windows that were at Roy’s. 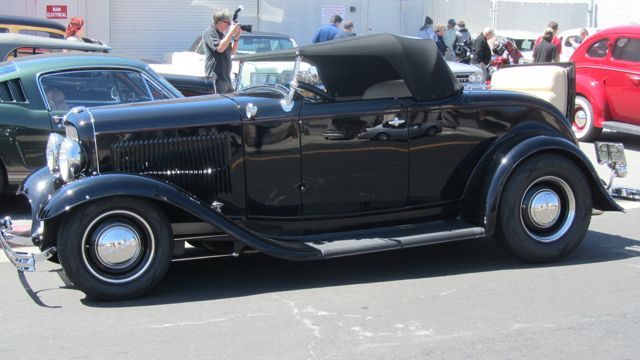 Some Deuces came from the factory with fenders, but not many. Note the four-bar suspension. 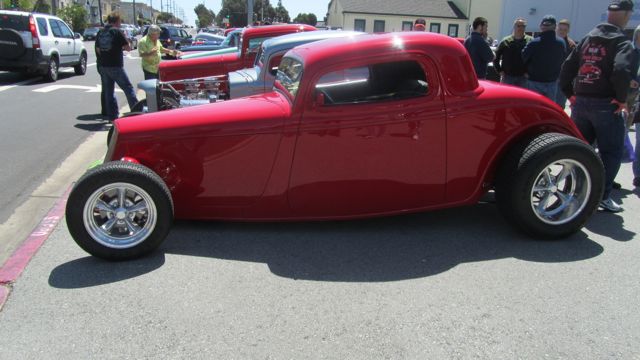 I only saw one smoothie in the crowd. Not a Boyd built car but very similar and very high quality. 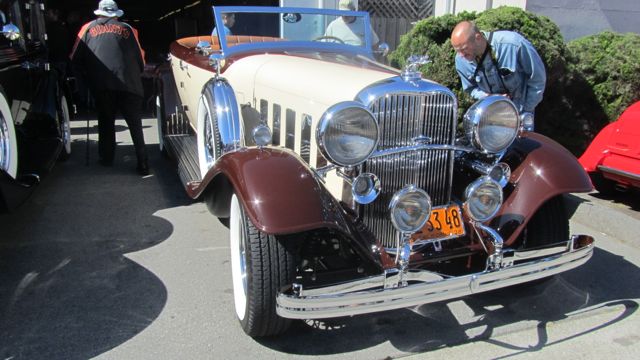 Probably one of the nicest 32 Lincoln around was this Brizio built beauty. See his site for details. 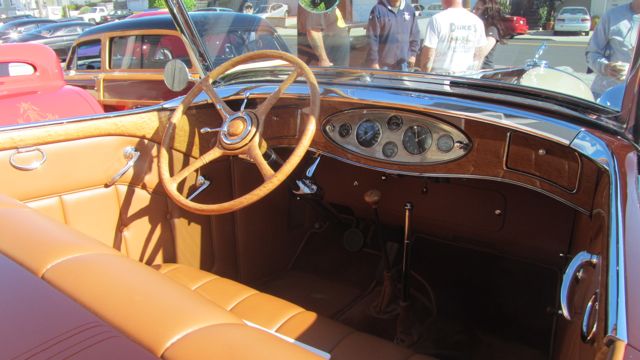 Woodgrain and leather all looked stunning on the inside of this fabulous car. All late model running gear made it a driver. 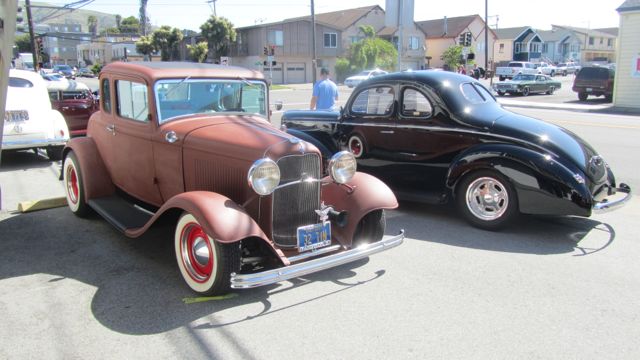 Deuces and Forties are popular at Roy’s. The 5 window is a well known car in the Bay Area. 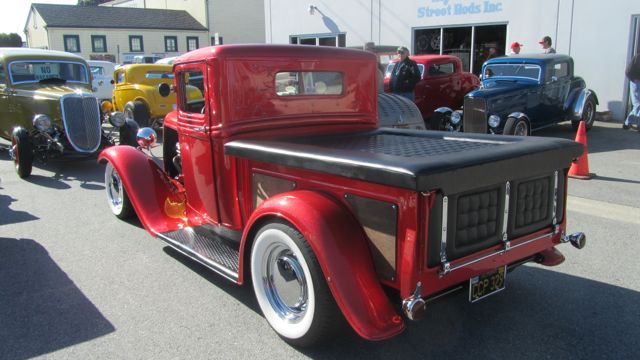 An early show truck with metal flake and tufted interior added some flavor to the front lot. Roy loves the Mercury rims and caps. 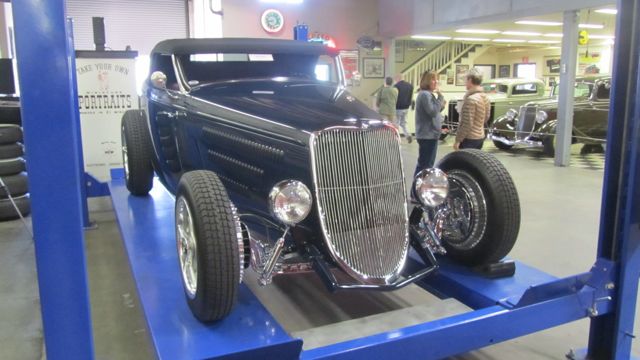 I absolutely fell in love with this modern Speed 33 cabriolet. Roy built this one for Greg and the result was perfect in my mind. Washington Blue and beautiful with a deep red interior by Sid made it a winner. 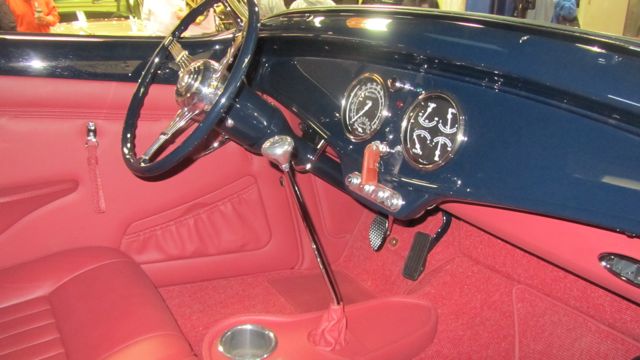 A current roadster must have a tilt wheel and cup holders to quality as a contemporary build. 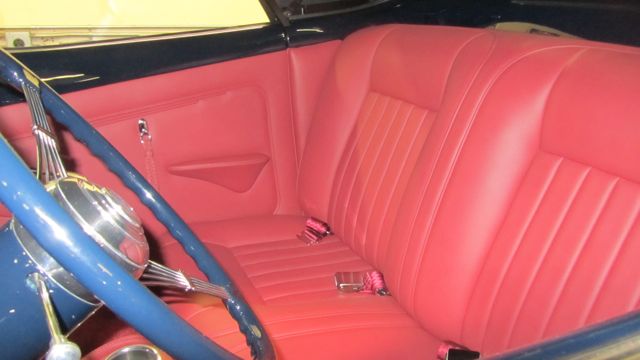 Sid made the interior to match the most luxurious sports cars of today. 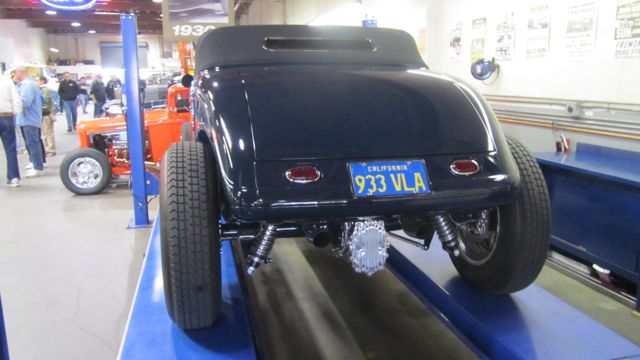 Bringing up the rear is the Winters QC that hits you right in the face when following too closely. The stance is just right on this well designed Speed 33 hiboy roadster.