Growing up in the Midwest I did not see many three window coupes and really didn’t pay much attention to them as my preference was the 5 window coupe. Â I like 5 window coupes in model A’s, Deuces, Model 40’s and 1940s’. Â Henry had a great design with doors opening from the B-pillar not the A-pillar. Â I have owned a few 3 window coupes over the years (5 deuces) but really think the 5 window’s look the best in the hiboy style. Â American Graffiti put the 5 window coupes on the map and with the new steel coupe being offered by Pacific Industries it looks like the latest rage will be a 5 window coupe. Â I have also seen the New Age Motorsport Deuce 5 window with drip rails and a 2 1/2 inch chop that looks nice and far less expensive.

The model 40 five window coupes have never caught on like the Deuce but I still like them built as a hiboy. Â SAR makes a super 3 window steel body but I don’t see many being built in the shops I visit. Â I am sure the current economy has a lot to do with the sales of this great new coupe. Â I think someone offers a 5 window but I can’t recall the manufacturer’s name.

Bob Drake also is betting on the popularity of the 1940 Ford 5 window coupe. Â I am sure he has invested heavily in the tooling for the coupe with hopes he can satisfy the demand for the popular coupe. Â The forty-five window has the solid seat back and package tray which is my preference. The jump seats are cute but add very little to the interior design. Â As I grow older the 1940 Ford coupe appeals to me more and more especially if I have a long trip (over two hundred miles) planned.

In conclusion, the Ford 5 window coupe will always have followers and builders in the hot rod industry. Â I continue to enjoy seeing the new ones and old ones being built. As I have mentioned in prior posts, my first hot rod was a Deuce 5 window that I planned to build and put Harry Luzader on the trailer at Indy. 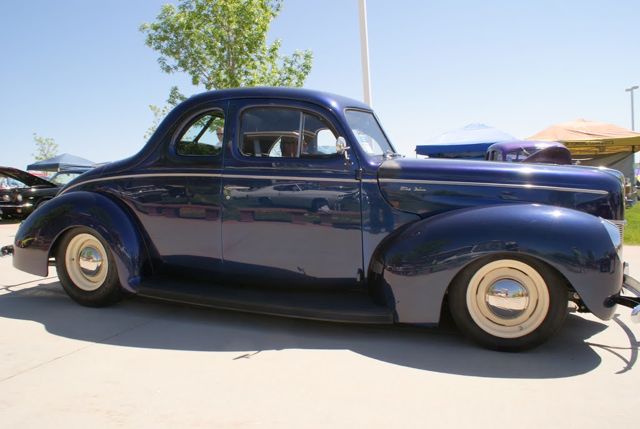 Sometimes you can lower the 40 a little too much. Â Front chins really suffer on 40’s this low. 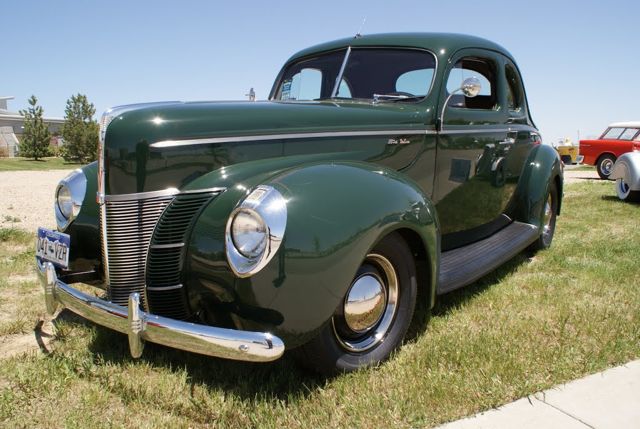 Here is another green 40 coupe that sits just right in the grass. Â Note the super hood/grille fit on this sweetheart. 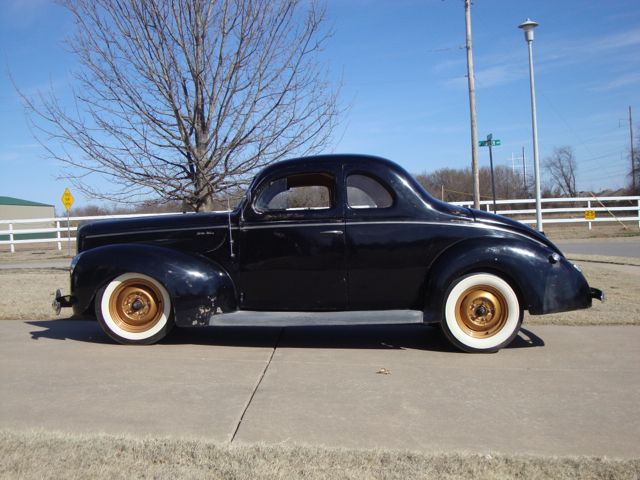 If you are looking for a lesser investment but just as appealing as the two above this high school hot rod is currently the rage with a lot of young and old fans of the 5 window 40 coupe. 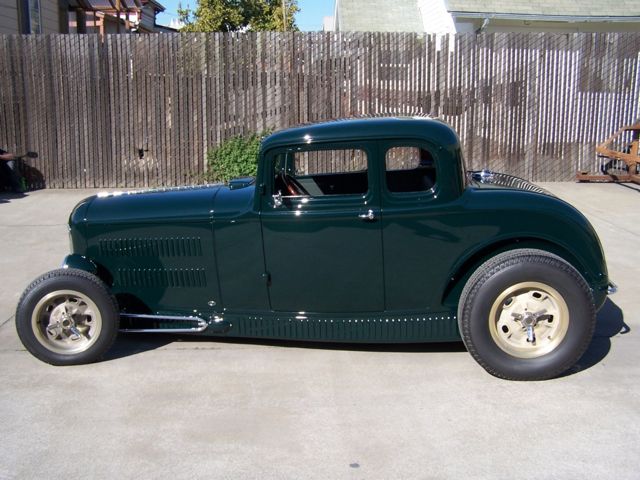 BRG Moal built 5 window is at the high end of the scale for 5 windows. Â George has a super black one built by Dave Lane a few years ago. 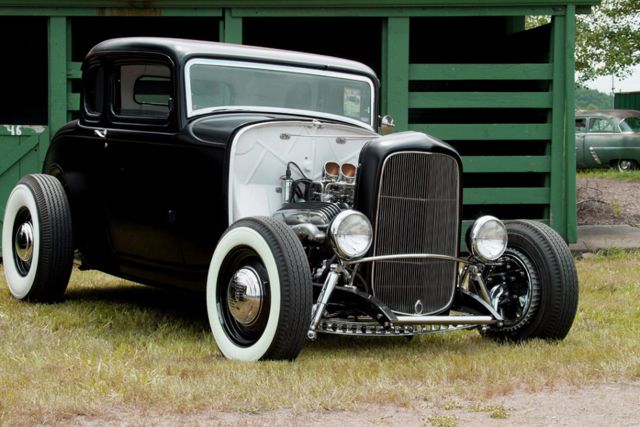 Here is my style and will always be in style for the classic hot rod build. Â My friend George has one in storage waiting for a turn in the shop. 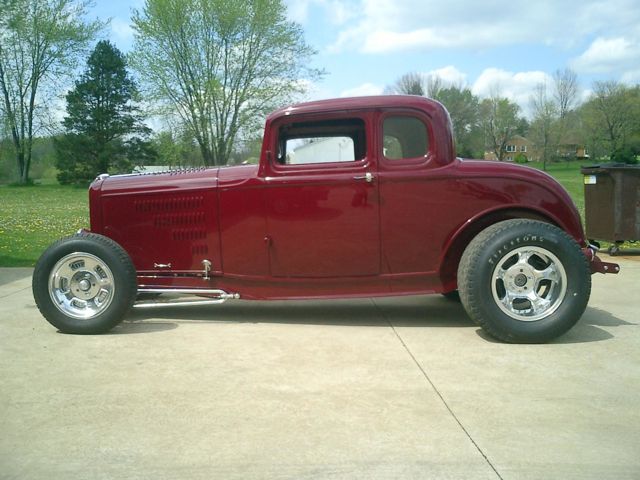 I am big on the Maroon coupe above. Â Barry didn’t build this one but it has the “Ohio Look”. Â If the rear side window looks square the top is chopped about 2 1/2 inches. 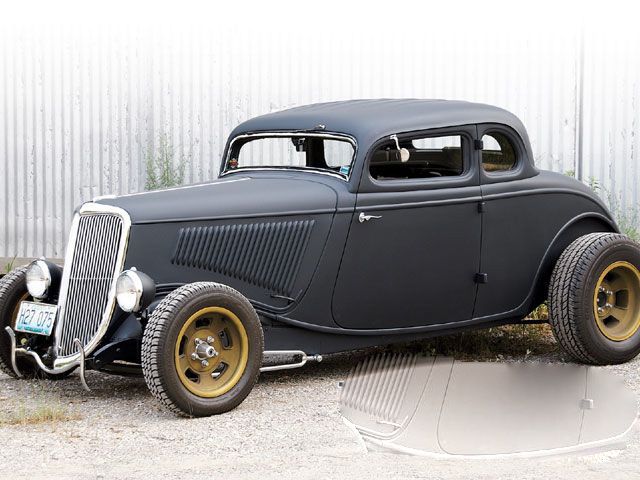 I love this 34 five window coupe with the racer look and Dow 7 Halibrands. Â These cars ride much smoother than a Deuce due to the 112 inch wheelbase. 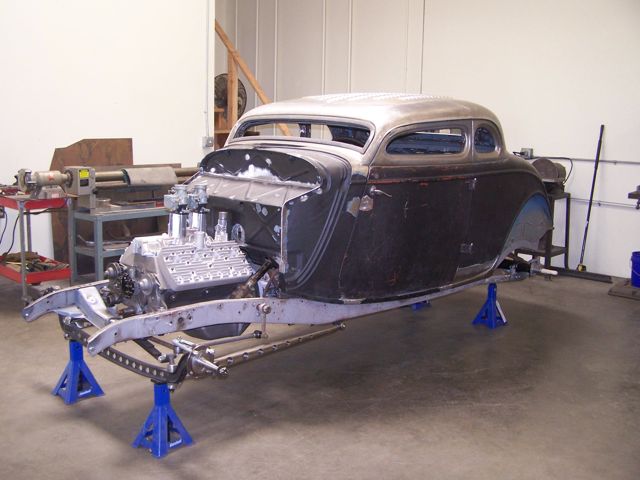 I have been following this build on the JJ and while too much chop for our state it will be a killer car when completed. 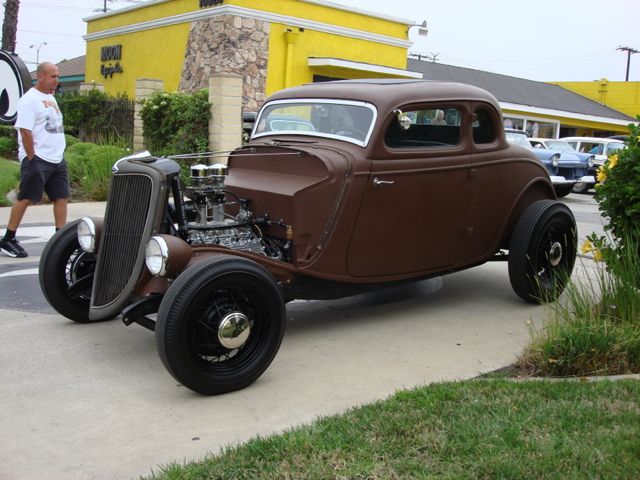 Here is an example of the current trend for retro 5 window coupes. Â Copy this and have some fun next summer. 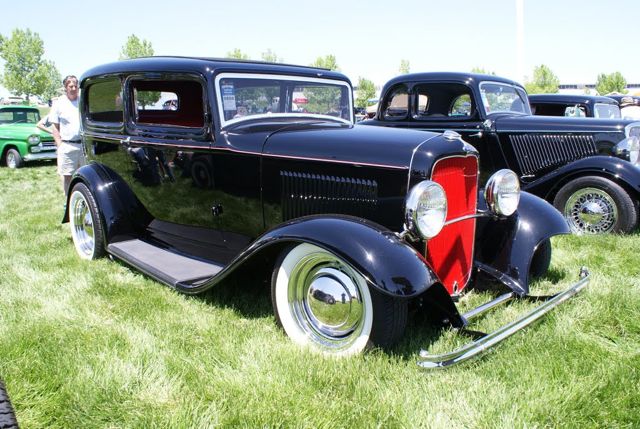 How come they don’t call this a 5 window sedan? Â Full fendered sedans are hard to beat. Â Note the 5 window 34 to the right of this beauty. 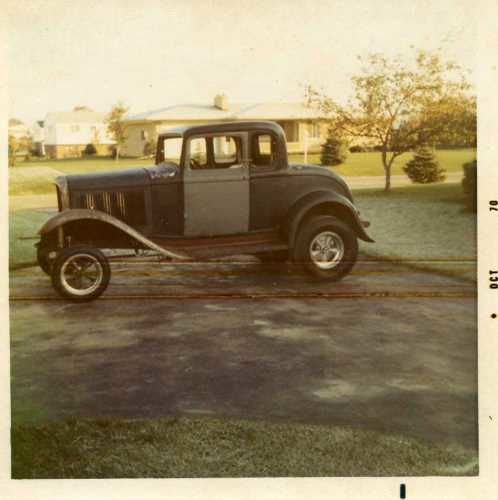 Here was my dream in 1970 after coming home from the West Point Military Academy. Â A Logghe chassis, new Jack Stewart doors and American 5 spokes made me think I could go to Indy next year. Â I am still dreaming after all these years. Â Note 25 louver hood which I traded for solid sides with hot rod louvers.