As much as I prefer the model 40 Fords, I admit the iconic Deuce is by far the favorite of the masses. Over the years,Â I moved away from them only because I wanted something a little different with more room. Deep down I am still attracted to them for their classic lines and all around good looks. They just scream Hot Rod to me. I like all models and variations with or without fenders. The 40’s style is really popular today with skinny tires and flathead motors. This style will continue to be popular for a few more years. Driving these early style Hot Rods brings back lots of memories to us older guys and has attracted the younger crowd also. Vendors like Coker Tire and SO-CAL provide all the right stuff to build the look with some improved components over the early builds. In my era, we searched junk yards for our parts and built what we could afford. Today, you can pick up the phone or click the items in your shopping basket on the internet and have them on your doorstep in a couple of days. Times change but the concept is still the same â€” a young boy dreams of building himself a Hot Rod and proceeds to accomplish his goal. When finished, he proceeds to show the world his accomplishments and can describe each component in detail. I hope this cycle never stops as the world needs dreamers and builders to keep the flame burning.

I predict the Deuce will never go out of vogue with the automotive enthusiasts. Brookville continues to increase production and that means the demand side of the equation is still prevalent in the minds of many Hot Rodder’s both young and old. I have a friend of mine who is my age (75) and is starting a Deuce roadster project. He doesn’t care if he ever finishes it but just wants to build one like he remembers in his youth. I like that! â€”Â How about you!

Thought for the day â€” Family and friends are two of the most important assets of your life so don’t forget to let them know how you feel. 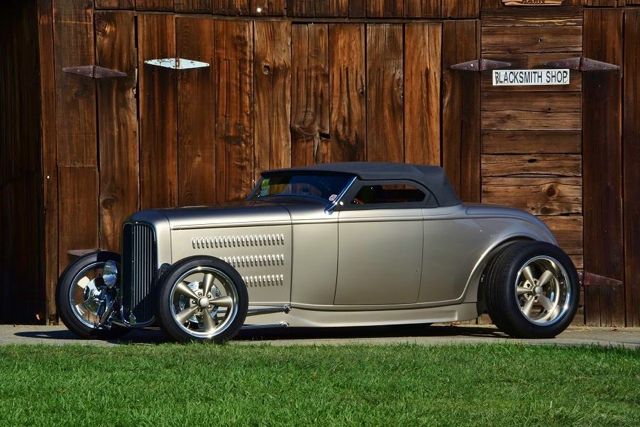 GG’s winner at P-Town was this beautiful Deuce roadster. Just when you think you have seen all the Deuce roadsters you can stand, one like this comes along and knocks your socks off. Lots of detail and I sure will be in the GG’s Gazette soon. Congratulations! 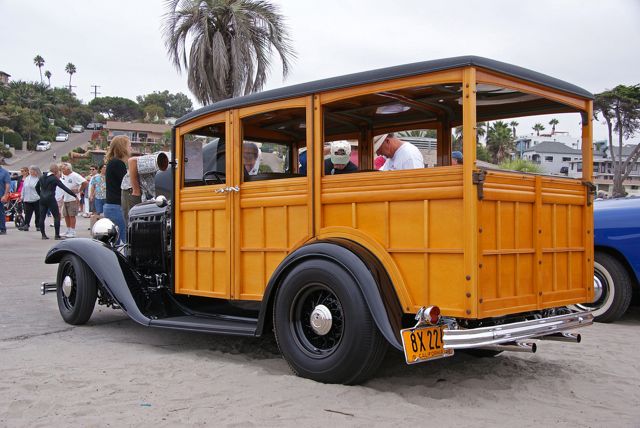 Wavecrest is next month and I hope Gary brings his Deuce woody to the show. This is one fine Deuce. We can no longer park on the beach. 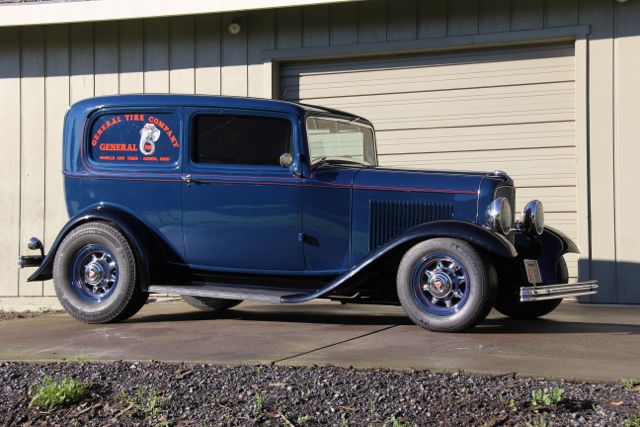 My friend George built this Deuce delivery complete with a flathead, five speed and quick change. He named it “General Jumbo” after the famous wheels developed for these cars. Owner built and done to perfection. 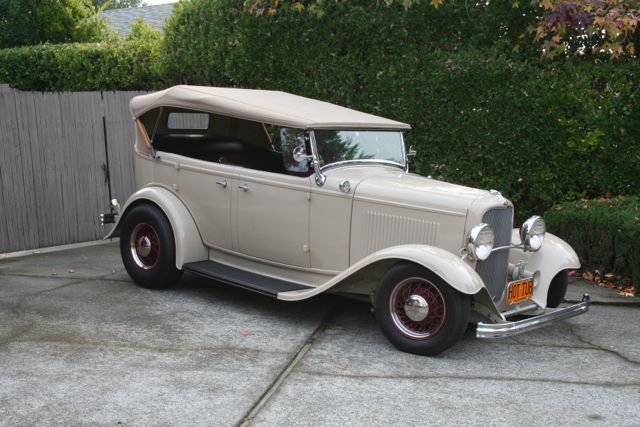 Another good friend of mine built this beautiful Deuce Phaeton in the 80’s using all the original parts except the body and it looks as good today as it did back then. He sold it once and repurchased itâ€” which was a smart thing to do. 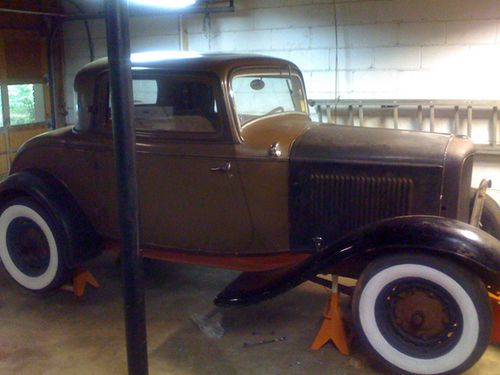 I sold this one to Gary in Atlanta in 1974 and he still has it in his basement. This was my son’s first ride when he was born. 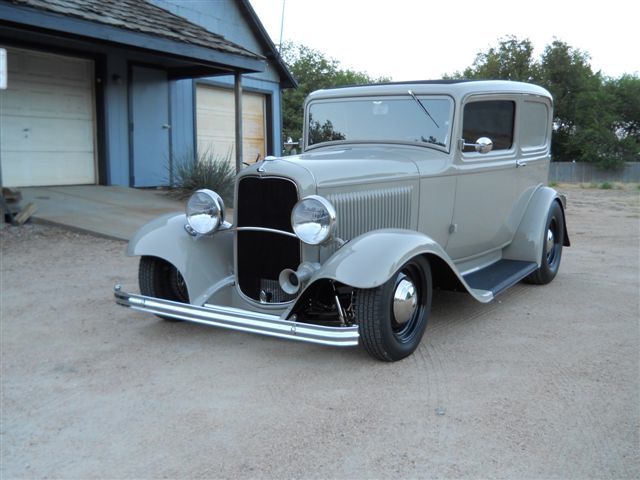 Gary from Cornhuskers has a stable full of Deuces and this was one of his best efforts in my mind. 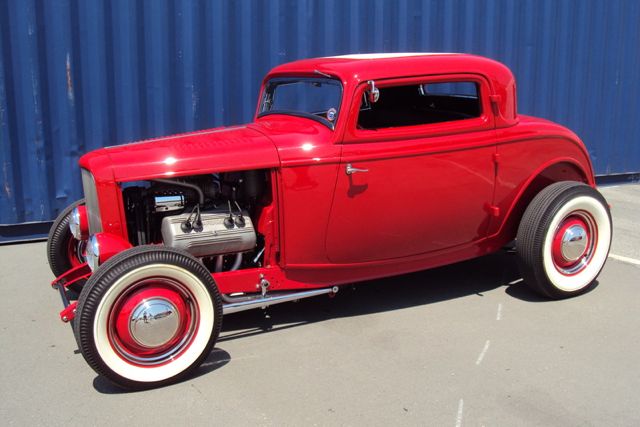 Bruce has a collection of Deuces also but this is one of my favorite he owns.

Doyle’s 3-window set the standard for chopped coupes. Now owned by Bruce and restored by Bob.

Seldom seen is the cabriolet but this oldie proves they were hot rodded back in the day. 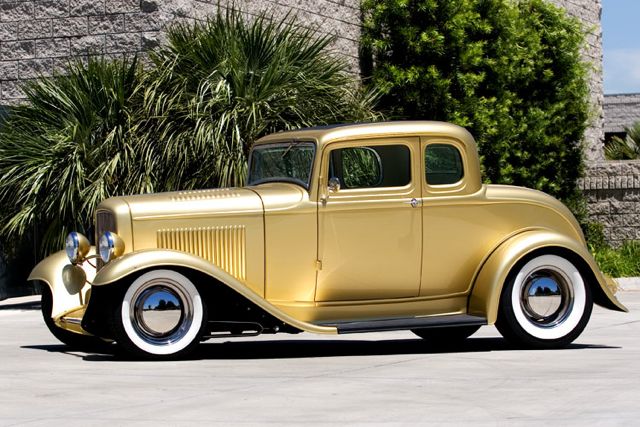 SO-CAL built this one for JJ and also is my favorite out of their shop. 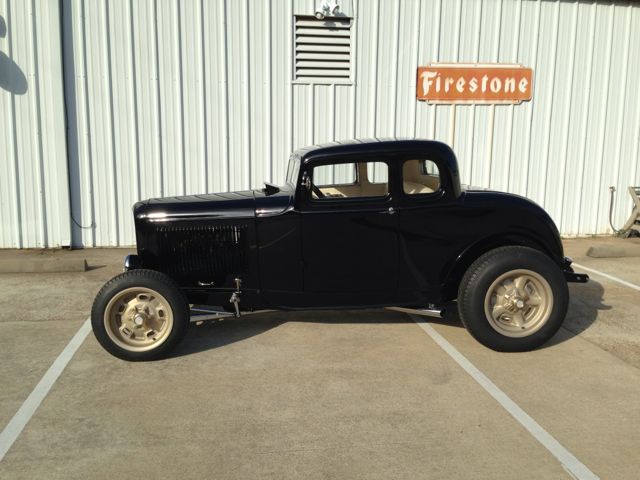 I like hiboy coupes and this one has the look of my era â€” save the wheels. 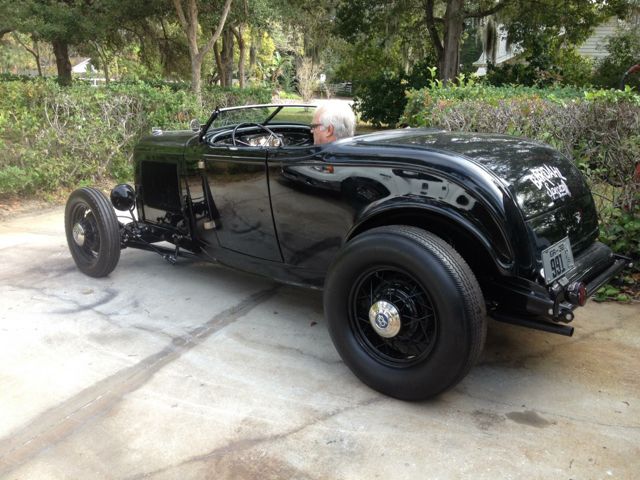 A recent build with some early touches using a Brookville body is what is going on today with some builders. 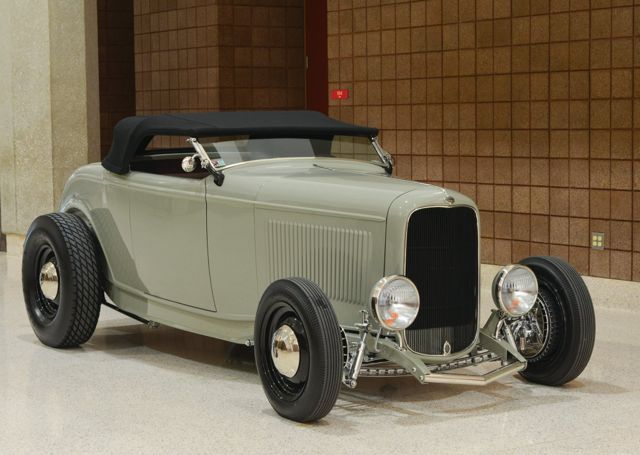 Adams Rod Shop in GA builds some really good looking roadsters with a look all of their own. 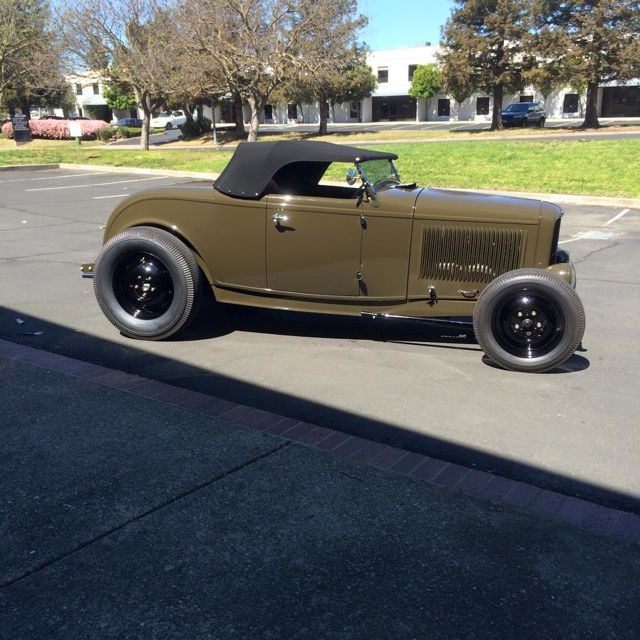 A young builder named Cory, out of Detroit, builds a very nice early style roadster as shown above. 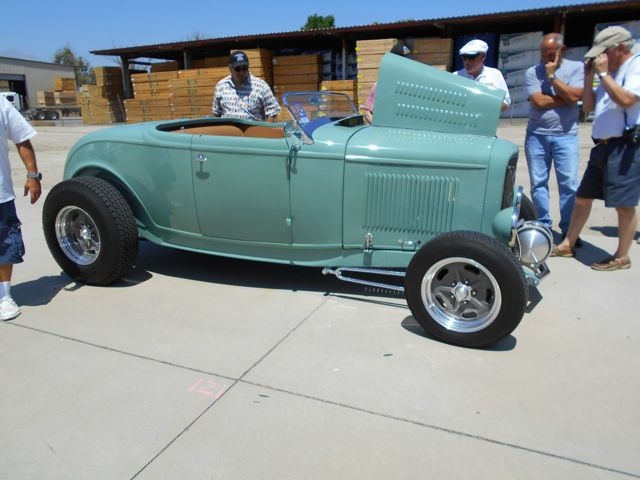 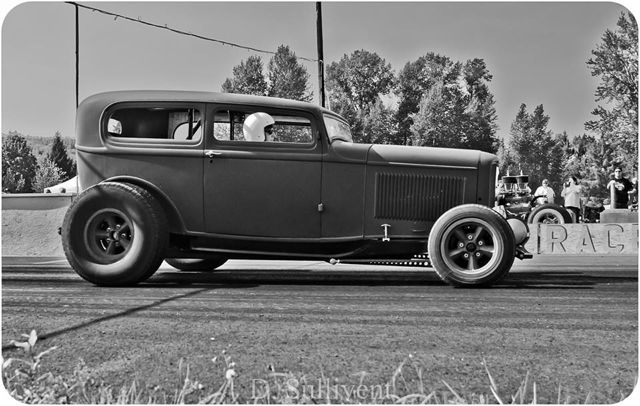 I grew up with this style and still love the look. Racing was in my blood but not in a college boy’s pocketbook. 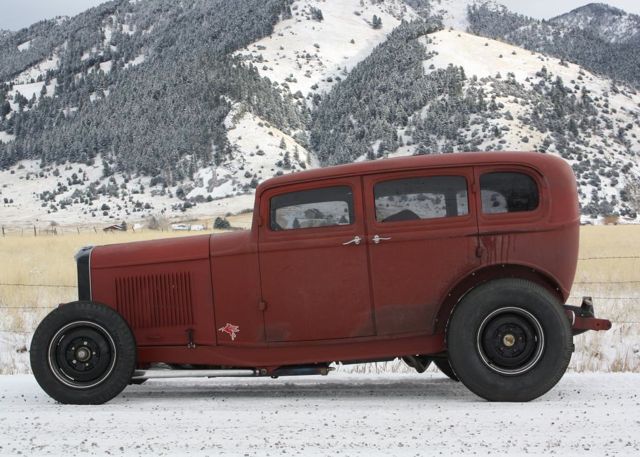 Dave, another Deuce collector, recently picked up this Deuce four-door which he drives all over. 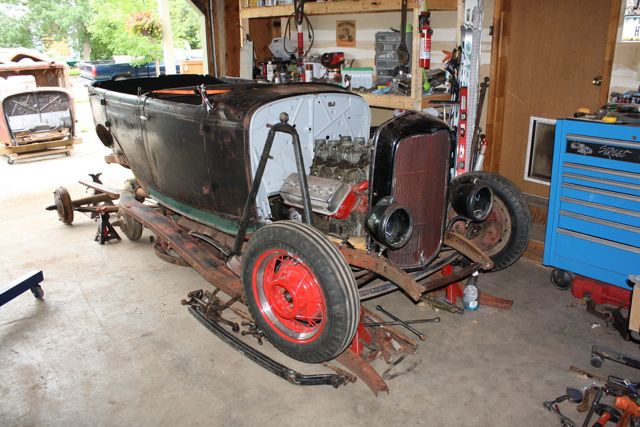 The builder of Dave’s four-door is hard at work on a Deuce Tub. The sickness continues! 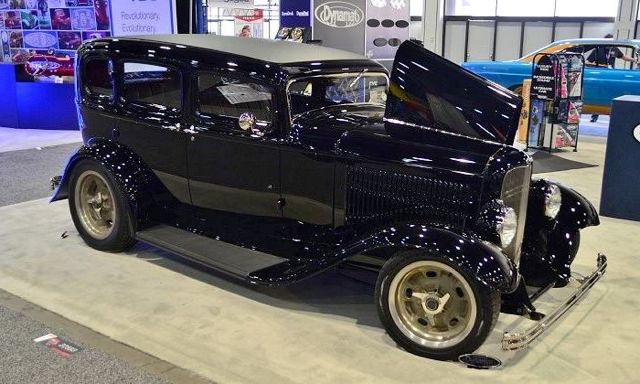 Bruce had Steve build him an outstanding four-door sedan that wowed the crowds at the GNRS. 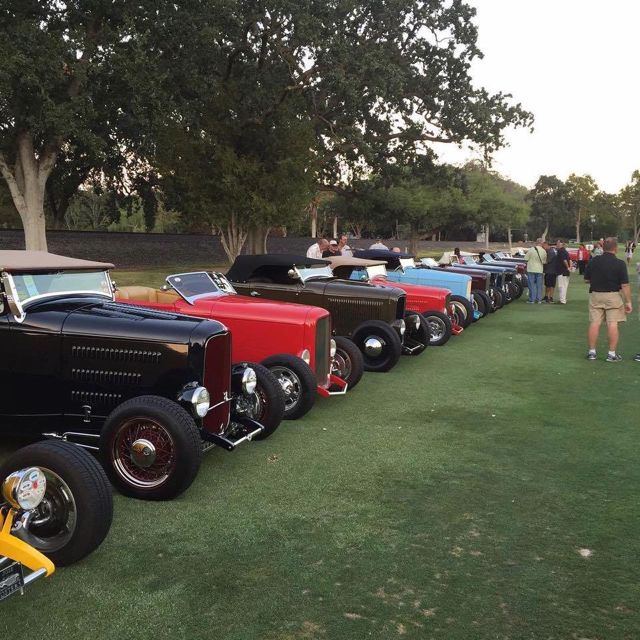 The Bay Area Roadsters have quite a collection of Deuces in their membership. They were out in force at the GG’s show in P-Town. 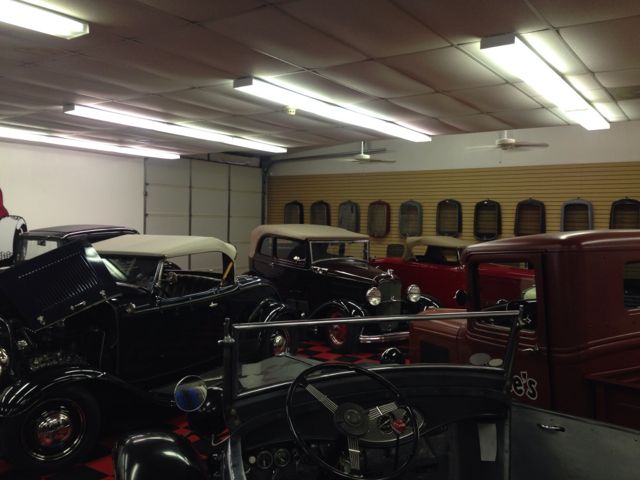 Some people can’t have enough Deuces and build garages to house them. No shortage of Deuce grille shells in this collection. 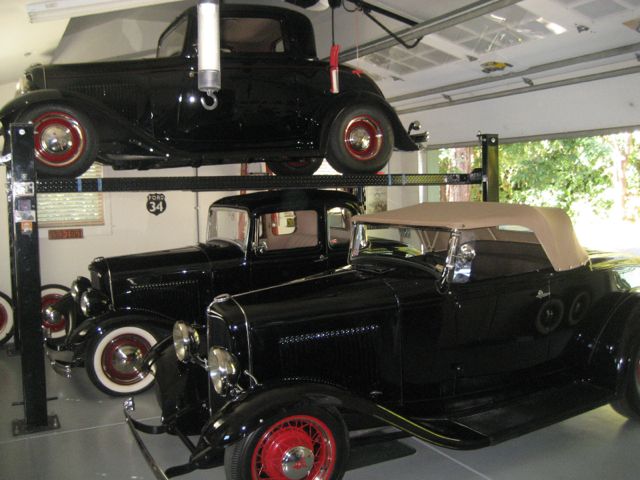 Add a lift and you can purchase a couple of more Deuces to make the wife happy. 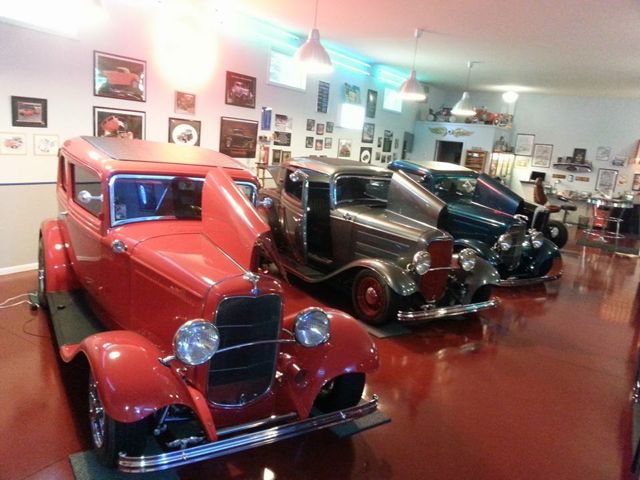 Dale, “The Deuce Guy” has a fleet of Deuces that he maintains and drives all over the country. You can find him at the corner of “Happy and Healthy” streets!