We had a real hot one today and Toppers was a little light in attendance but full of good BS. Our good pal, Dave, was just back from Columbus and sent in some very nice photos of the cars in Ohio. I always love the “Ohio Look” and it is still a trend setter today. I can remember my many trips to Columbus when NSRA held their event at the Fairgrounds and I much preferred it to Louisville. (It was a lot closer for me) Dave did a super job of capturing the cars I like. Thanks Dave.

It was very hot so I spent most of the afternoon in the pool and did not get any work done on Andre’s chassis. I hope tomorrow I can finish up the brake lines. I can’t decide on the fuel lines as I want to use the stock tank and the auxiliary one in the spare tire well. I will think about that prior to bending the tubing. I always make wire patterns so I don’t screw up the lines and bend them the wrong way. It can happen.

In closing let me tell you a story about purchasing motor parts early and not putting them into use until many years later. Lets take a fuel pump, brand new in the box and a high end one (Holley) to boot. Bob thinks he had it for at least ten years before he installed it on his new roadster. He drove his grandkids over to my house on Sunday only to have the fuel pump fail right outside the gates. We called AAA and soon had his pride and joy back in his garage. The problem was a broken arm in the fuel pump which was probably that way when he purchased it (to0 old to return). I would wait until you get it ready to run to purchase the parts that can go bad on the road. That includes batteries and tires also. This is just my opinion. 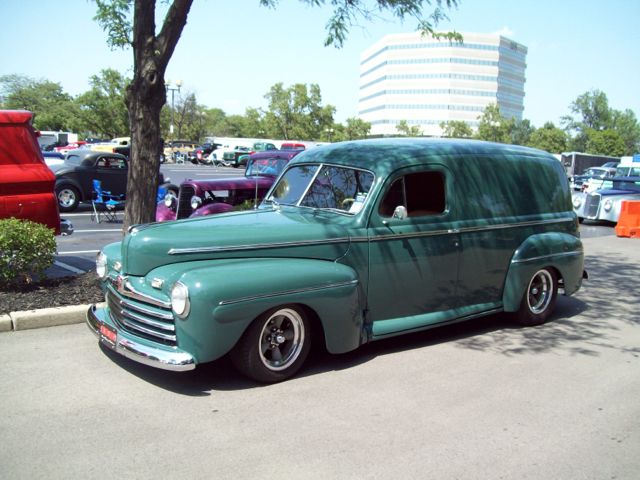 I don’t know who owns it now but this is my old sedan delivery, Sunshine. This was Ralph’s Flower truck in Altendena for over 30 years. It was stock and painted yellow when I purchased it. I did the chassis like Andre and then sold it for a 46 Woody.

There were several hiboy sedans in Columbus and this was one of them. Heavy chop and artillery wheels seem to be popular these days. 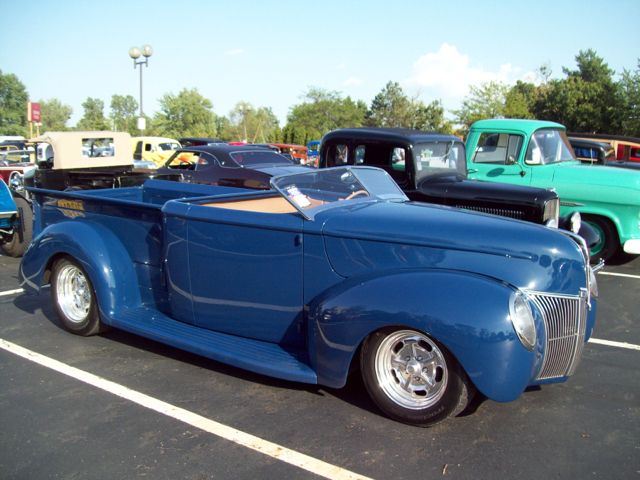 A former SRM feature build, this 40 phantom is truly a masterpiece in metal work and design. 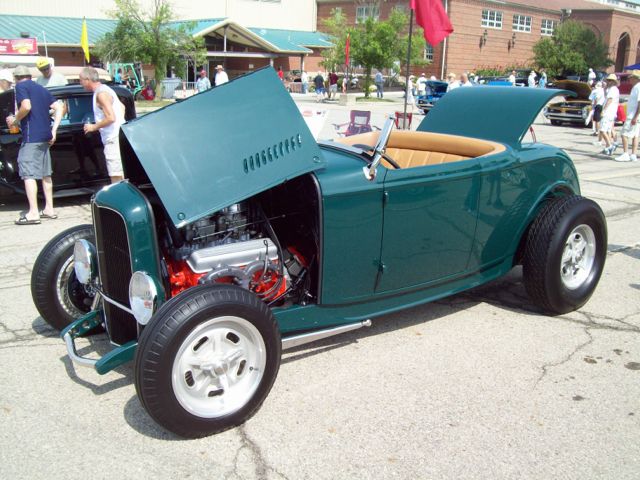 Columbus is always full of Deuces and this one was a little different than most. The color was pleasing to the eye and the blasted wheels looked good with the dirt trackers. 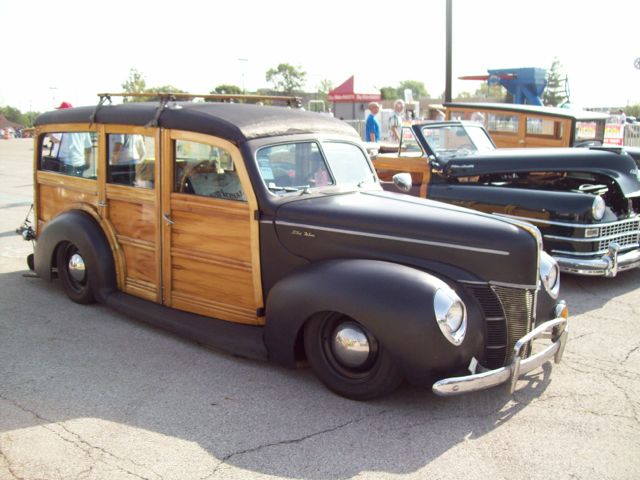 Dave thought I would like this one. The owner started with a cowl and lucked into the wood from a full rebuild of a stocker. I see air bags on this one. Recycle Woody. 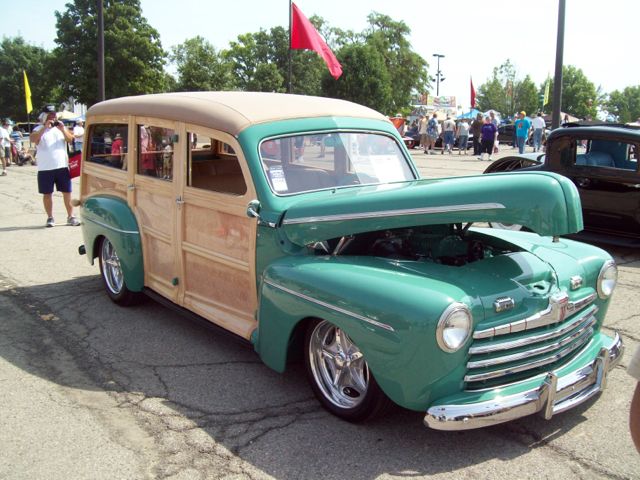 Here is another 46 that looks fresh. The bleached wood against the mint julep paint really stands out. Phil Becker is the owner of this one. 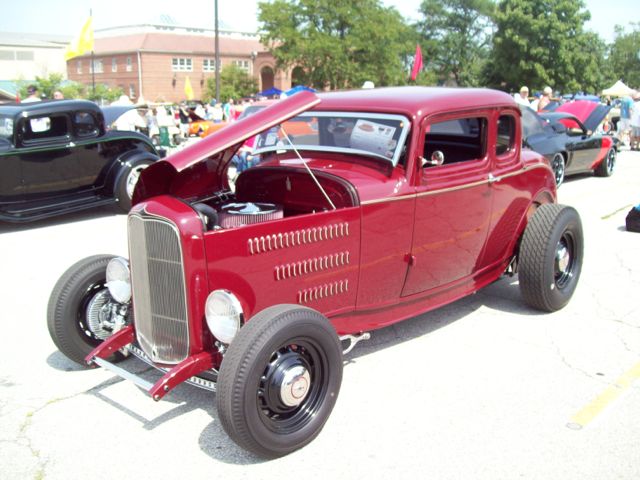 A former Northern California car this maroon 5 window has the Bay Area look and a Sid’s interior. 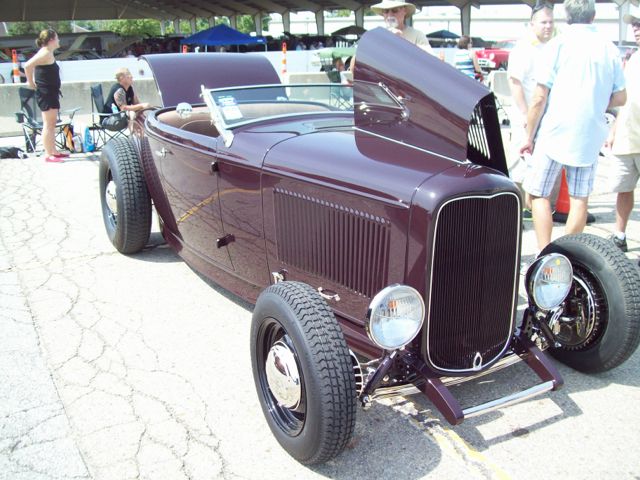 Another Deuce hiboy with the traditional look of today. Excelsior tires, laid back windshield and lots of maroon paint. Brookfield has satisfied many hot rodder’s dreams with their reproduction steel bodies. 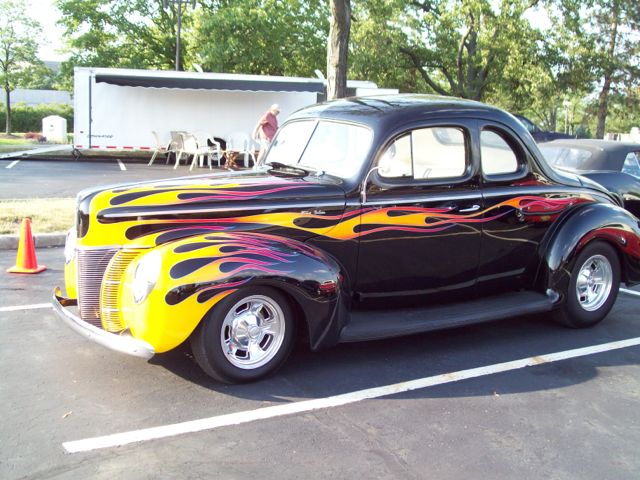 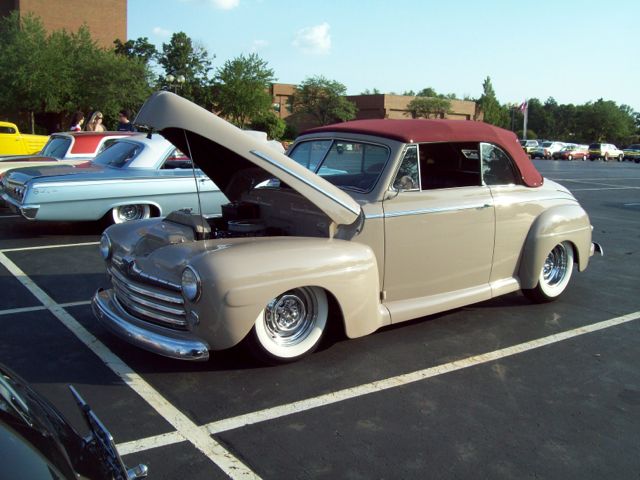 Many of you know I love the 46-48 Ford converts and Dave took this photo of one of my favorites. RJ did a full feature on this car a few years back. Lots of subtle touches were made to make it unique. Again, the color is really different as is the top. I like it. 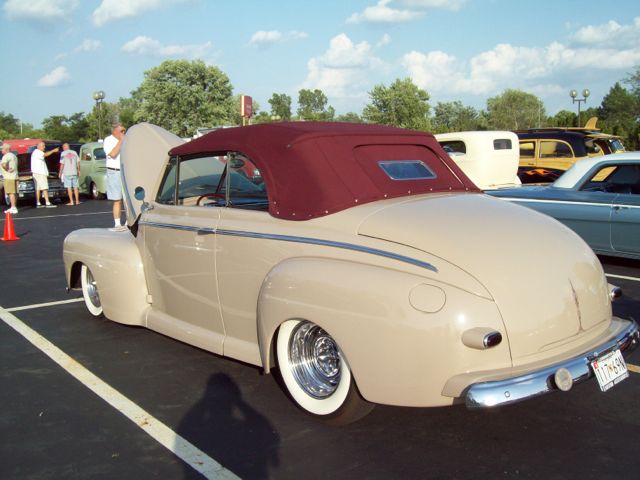 The rear has that custom look with the shaved trunk and pin striping. A set of chrome reversed wheels with white walls finishes the car of in style. Bob-O would approve. 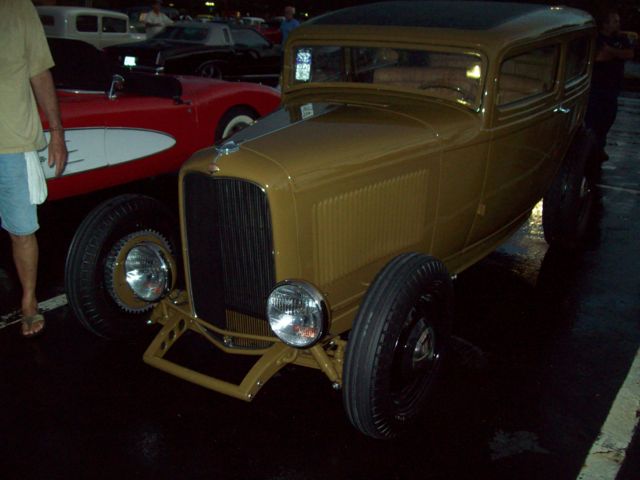 This one is special and different than most…stay tooned!