Today has been real busy for me. I have been on the phone for most of the day working on deals, locating parts and trying to sell my roadster. I have a real interested buyer and I am hoping I can sell the car this week in order to make room for another car I found.

Alan dropped off some moldings for me to return to Frantic this week. He installed 46 trim on his 48 convert and Frantic had some good fender trim for him. I know it will be a nice car when he is finished with it.

The Woody guys are headed to Woodies on the Wharf in Santa Cruz this weekend and it sure sounds like a fun time. Several of my friends are going so I should have some great photos for you. 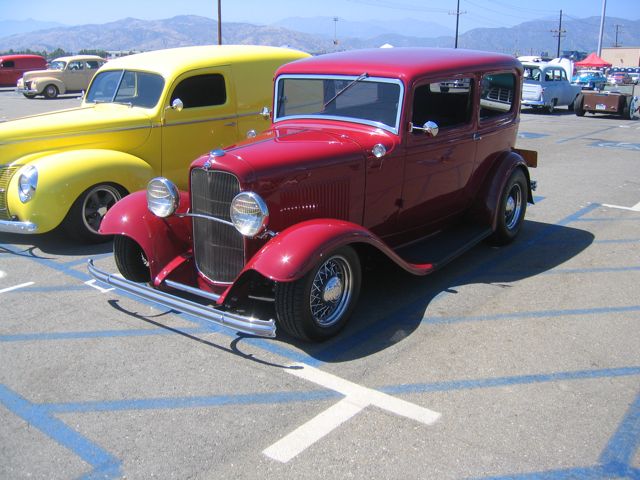 I liked this sedan but I can’t remember who owns the car. Regency red with a gray interior and wire wheels. 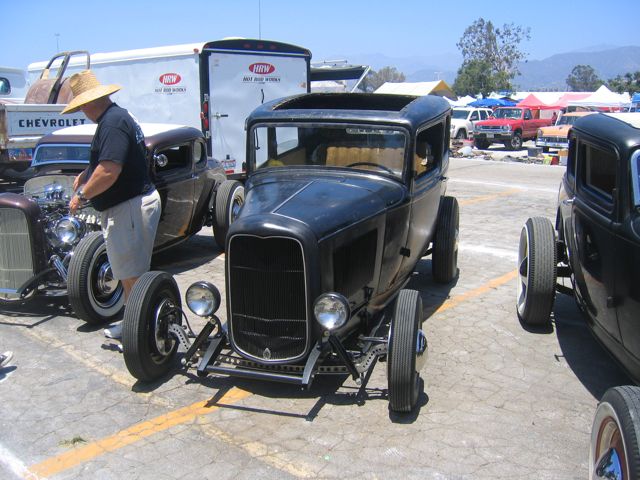 This example was just plain fun for the owner. The finish work can come later. 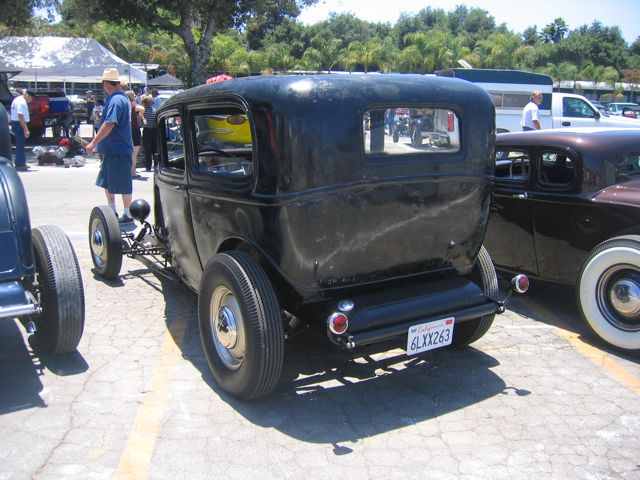 The rear view was not bad. The body was in decent shape for an old Deuce sedan. 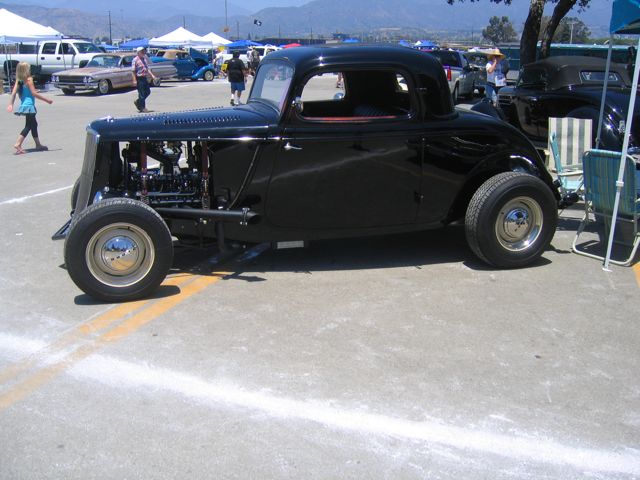 Lynn had some nice rides in his booth. The hiboy model 40 was looking good. 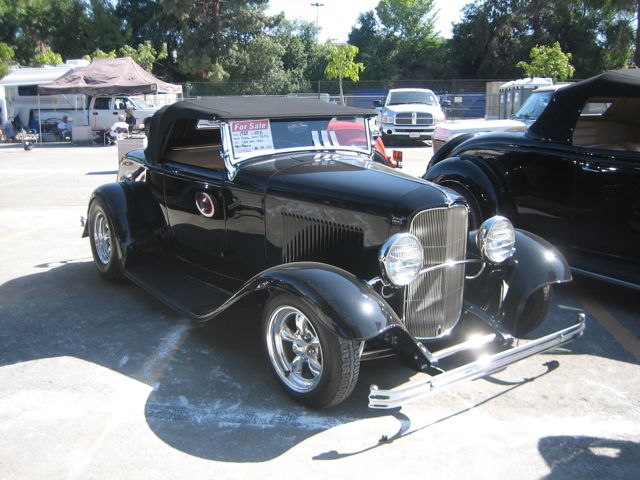 He also had a very nice full fendered deuce in his booth. Steve likes this one….Brookville, SO-CAL etc. $65 big ones. 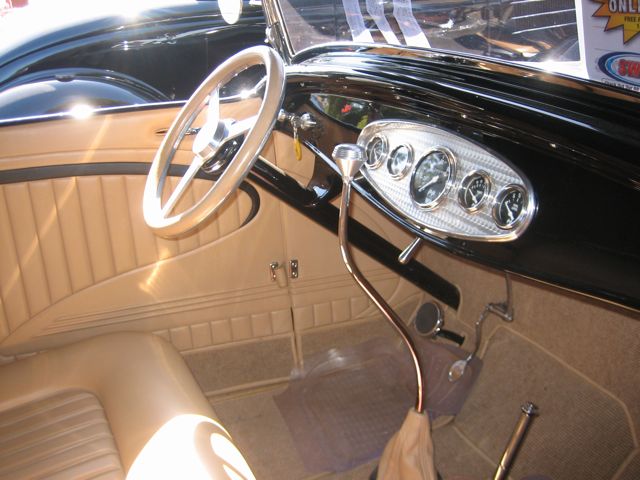 Gabe did the interior so you know it is nice. $$$ 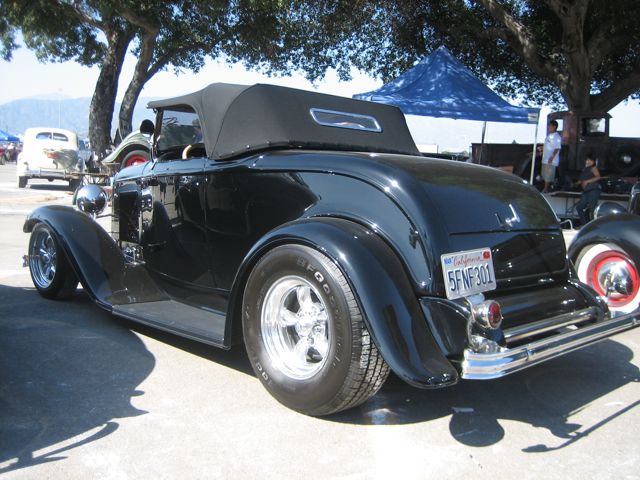 Sids Bop Top looks right at home on the car. I am liking full fendered cars a lot. 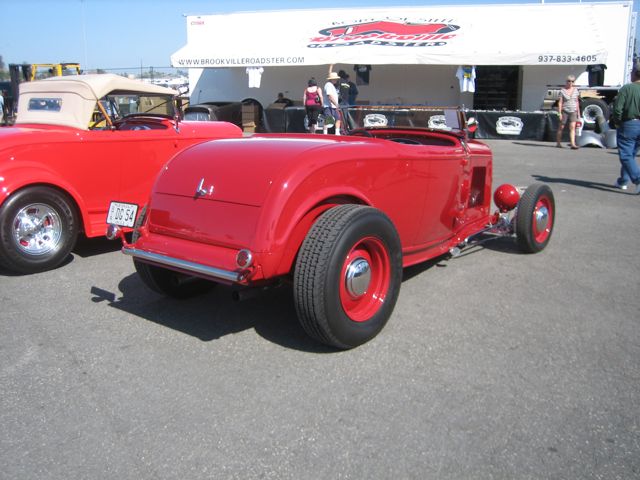 Steve liked this one also. Butch drove out from Ohio to have some fun and find a buyer. Dave Lane built this very nice roadster with a 383 and lots of go power. 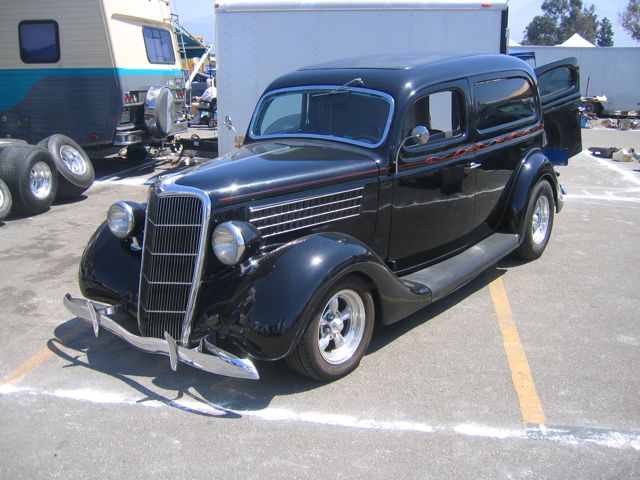 1935 Fords are really nice cars and this sedan delivery really caught my eye. Bob should trade his sedan for this one and he could haul me around. 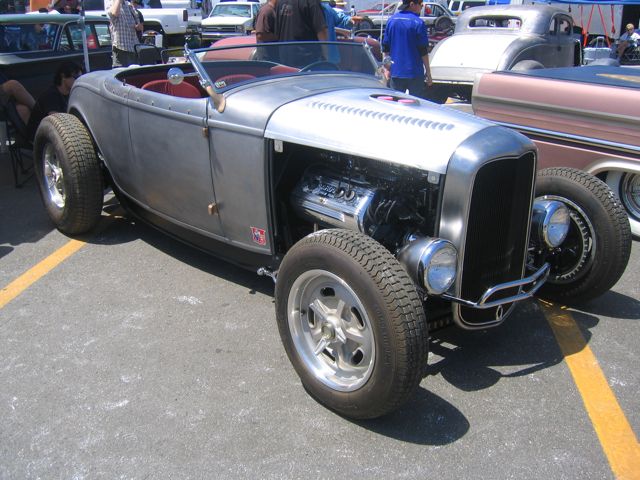 Ardun’s were everywhere in the swap meet area. This Deuce was very nice and seemed to have of the right stuff added to make it one of the favorites.