It was a long 8 hour drive home down the coast so I didn’t post yesterday. The holiday traffic was bumper to bumper all the way home. We enjoyed visiting our children and grandchildren as well as attending the Gary Meadors Celebration of Life ceremony at the Blackhawk Automotive Museum. The venue is a first class facility and very appropriate for Gary’s final send off to do his thing in heaven. Several hundred “Car Guys” showed up with their Hot Rods as well as many others who were paying their respect to a true legend in our hobby. Dignitaries from all areas of the industry were also present. Gary was a very well respected businessman and truly a “Goodguy!”

The presenters were notables from the car world and friends of his. All of them did an excellent job of telling the various tales they had encountered with Gary while traveling across the country in their Hot Rods. Tears slipped out of their eyes and rolled down their cheeks as the memories of their friendship was obvious to the audience which also shed some tears. Gary’s son, Marc, told of his life growing up with his father and all the camping trips they took in his youth. The master of ceremonies, John Drummond, did and outstanding job of keeping it light by adding some humor while dressed in a tuxedo with shorts and tennis shoes. A celebration that lasted about 2 hours, was very well organized as Gary would have liked. And went off smoothly. We will truly miss Gary and his smiling face as we start another season for the Goodguys shows across American.

Gary, I know you will be reading this blog so please pass it around to show your buddies what a Goodguy you really were â€” Godspeed â€” We will miss you! 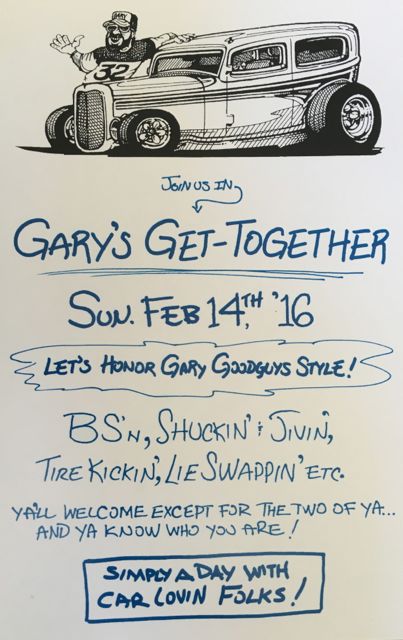 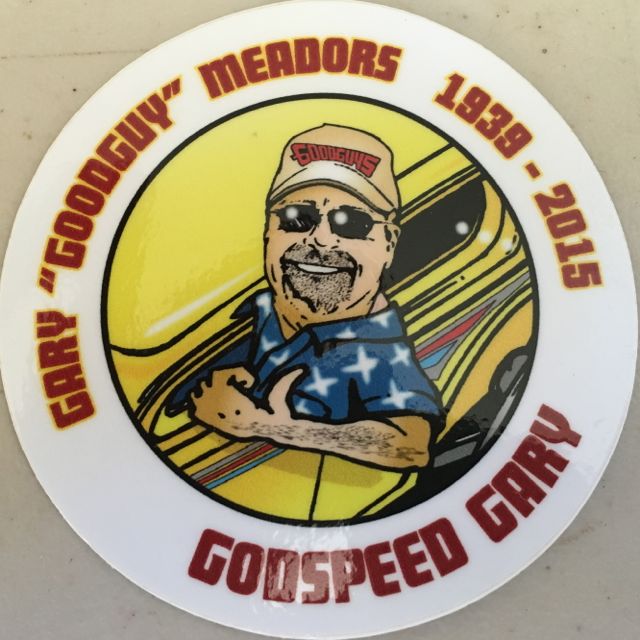 The event schedule was how Gary would have done it and given it to the art department. Of course, we all received stickers and buttons as he would have liked. 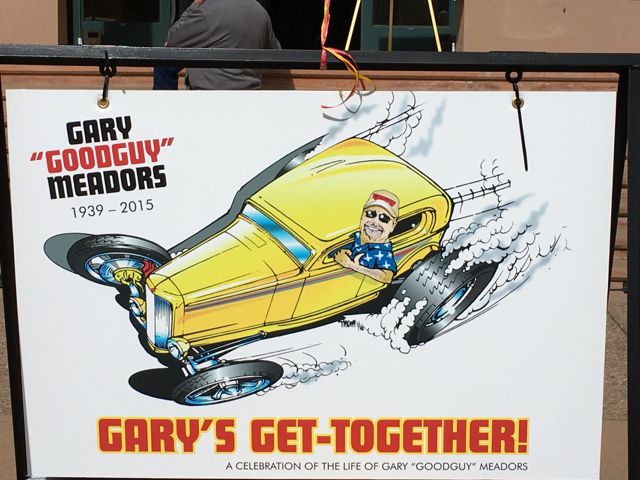 Gary’s Get Together, as it was called, was done like all the events he organized â€” First Class! 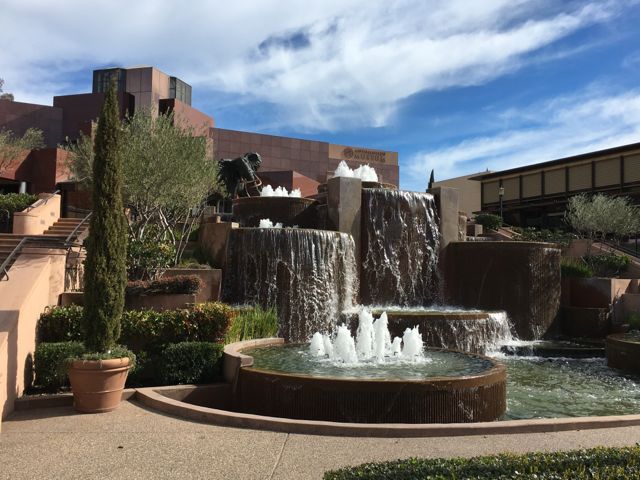 The Blackhawk Automotive Museum is a beautiful venue and fitting for the event. 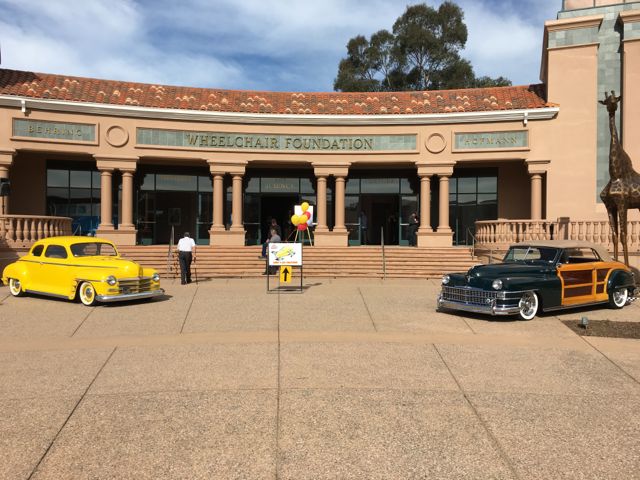 The entrance to the event featured two of Gary’s favorite cars â€” his yellow coupe and woody convertible. 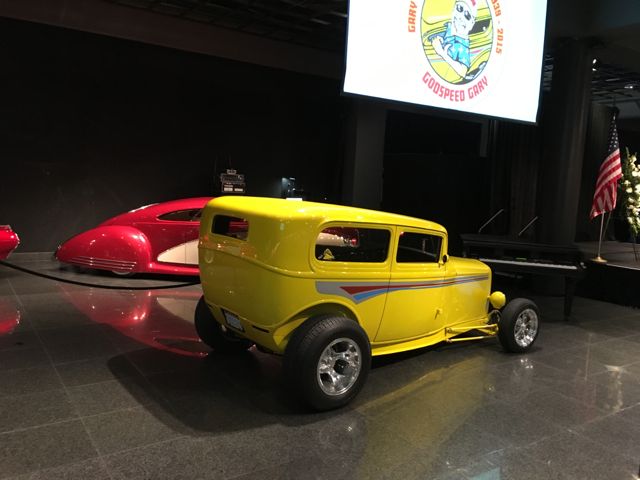 Inside featured his early sedan which has crossed the country many times over the years. 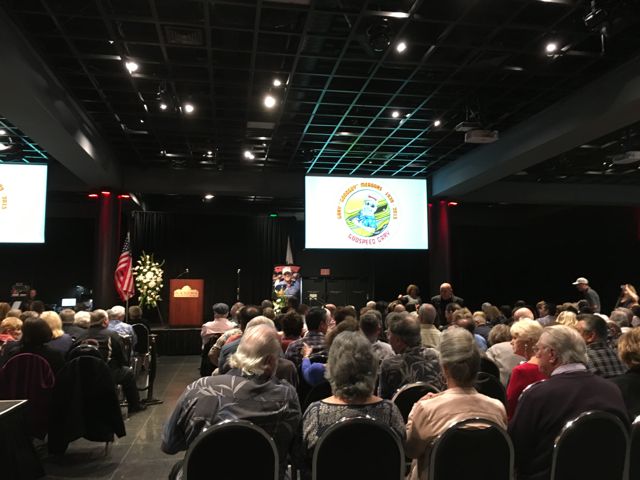 The attendance filled the main event room plus the West wing via televideo screens. 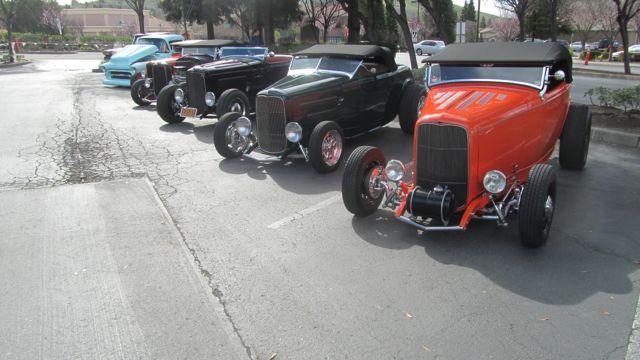 Early arrivals were the Deuce crowd with their beautiful roadsters. 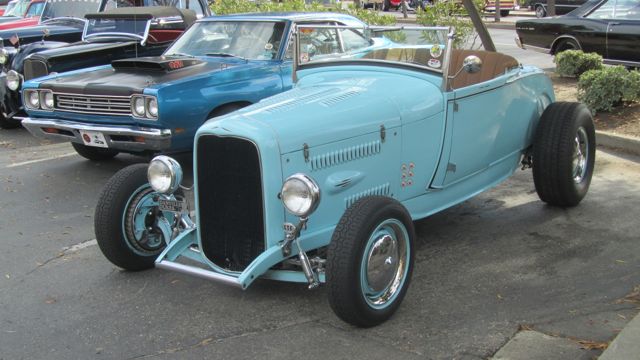 Gary’s long time friend Bill, who left us several years ago, and whose son still owns the roadster, was on hand.

Several examples of the early look in rest-rods were in attendance to bring back good memories. 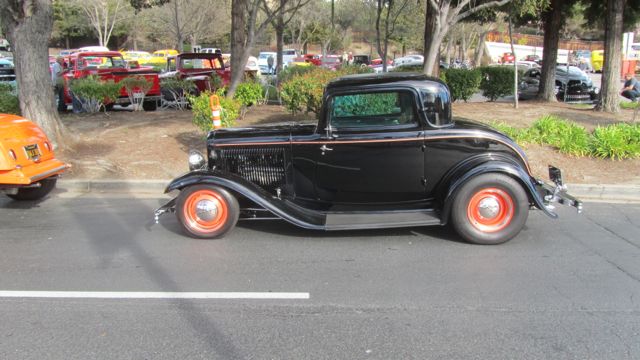 A classy 3-window coupe was sitting just right and had the Fat Jack look with black paint and orange wheels. 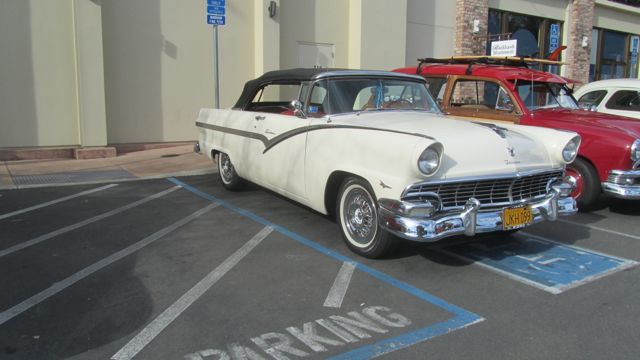 Gary liked all cars and this Ford rag would have pleased him. 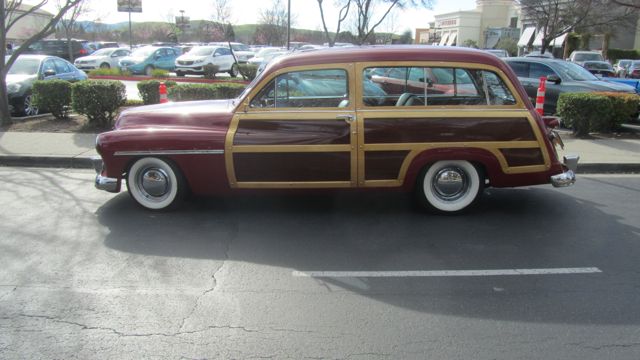 Wayne arrived in his Mercury Woody which is a nice example of a rare woody. 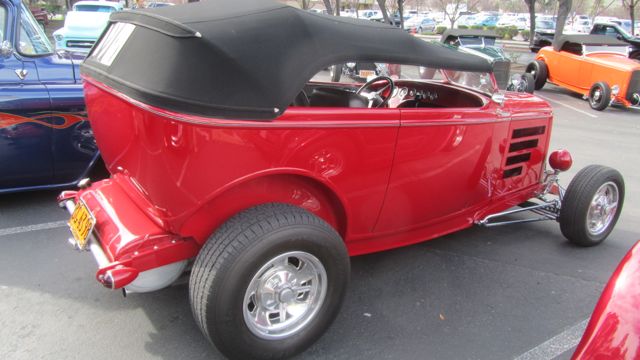 The Deuce tub made from a tudor was looking good. 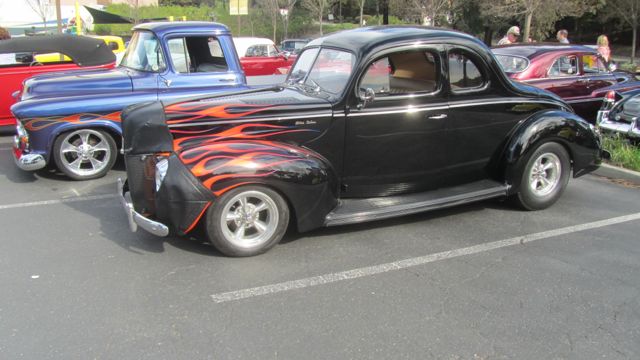 Dick’s old 40 coupe still looks fresh and was all shined up for the event. 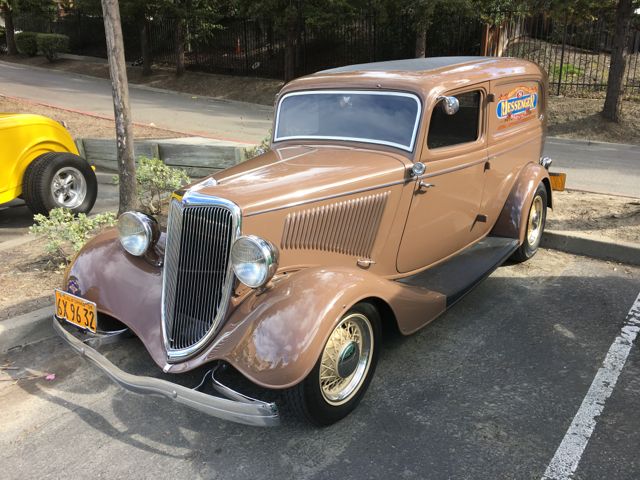 Jerry had my old sedan delivery in show car area. Hard to believe I purchased this car in 1967.

“Â Passing on to the next phase of life is part of life and the memories of his smile will always be with us!”