Light turnout today, but we still have a good BS session. Banana Dick drove his chopped 40 rag and we all examined the car from front to rear. Dick was wondering where the VIN was located on his 40. I told him that when you install a MII suspension the top hats cover the number. He opened the hood and sure enough you cannot see the number. He is going to have a nice plate made and affix it to the frame near the firewall. I see nothing wrong with this process but I am sure the DMV will not like it as they did not do the work. I told the lady at the DMV she could not read the number on Andre unless the fenders were off and she said she couldn’t verify it unless the car was all together. What is a man to do….Cheat! The whole verification process needs to be revised in my opinion.

The Streetscene boys were not back from Louisville and were missed today. I am sure they will have some stories to tell us next week. Paul usually brings me some nice photos of the deliveries and hiboy sedans… 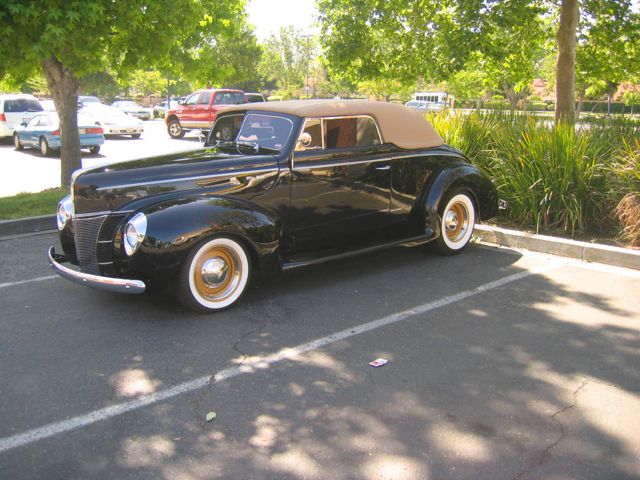 Dick drives his 40 often and we were happy he drove to Toppers today. He has owned the car for several years and it was built in Orange County several years ago. He takes car of his cars and they are always spotless. Nice ride. 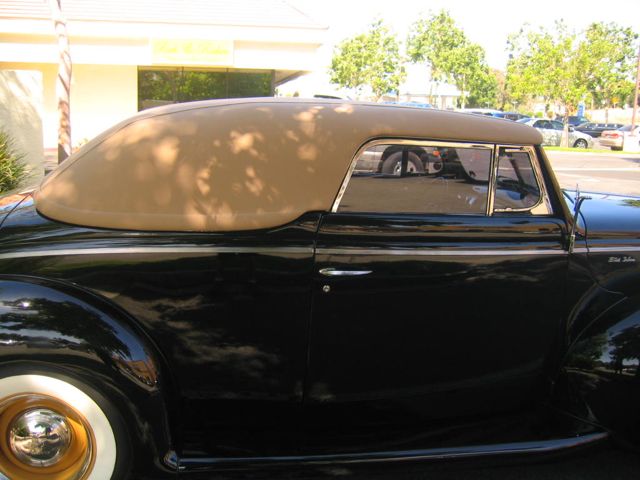 When Dick purchased the car the top was black. He had the top redone like a Carson in tan to match the new interior. The top is very well constructed of mandrel bent tubing with wire mesh covering. 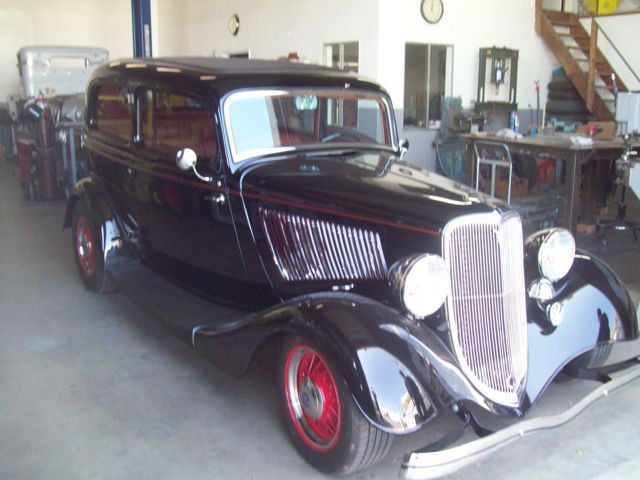 Dave sent in some nice photos of a freshly built 33 tudor sedan built by County Line Rods. Resto rods are always popular and are making a comeback. Red wires are a nice touch. 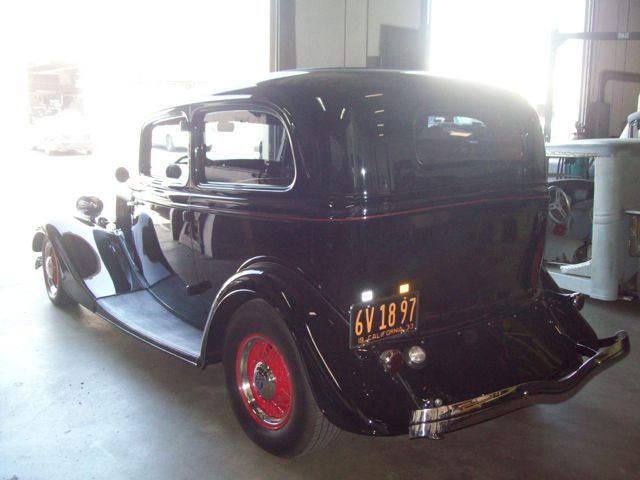 A rear shot shows the stock appointments and stance of this very stately sedan. 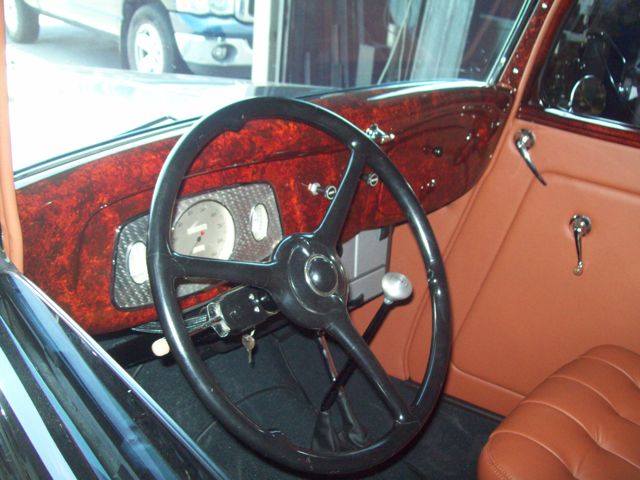 I love woodgrained dashes and stock steering wheels. Even the garnish moldings are woodgrained as originals were. 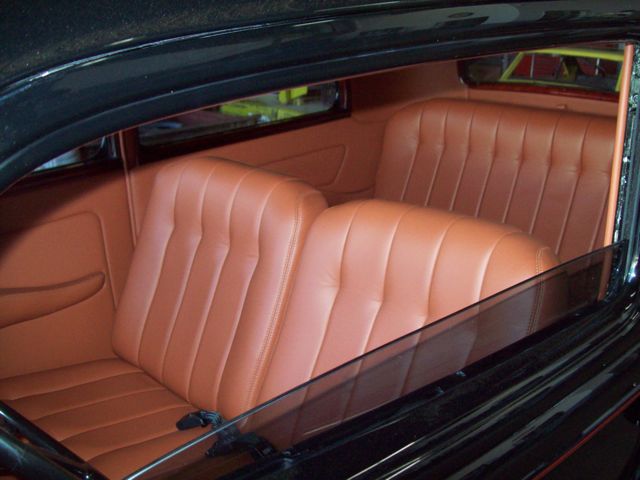 Ron Magnus outdid himself on this interior. Light camel looks well with the black exterior. I can’t wait to see this one. 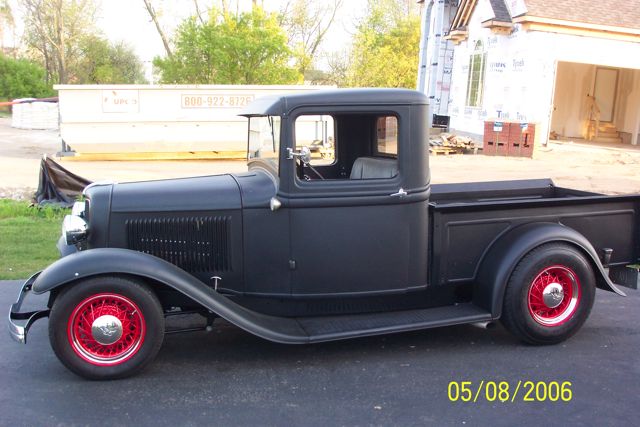 Early pickup trucks are growing in popularity. David’s is a nice example of the 1934 Ford pickup. Primer is in also. 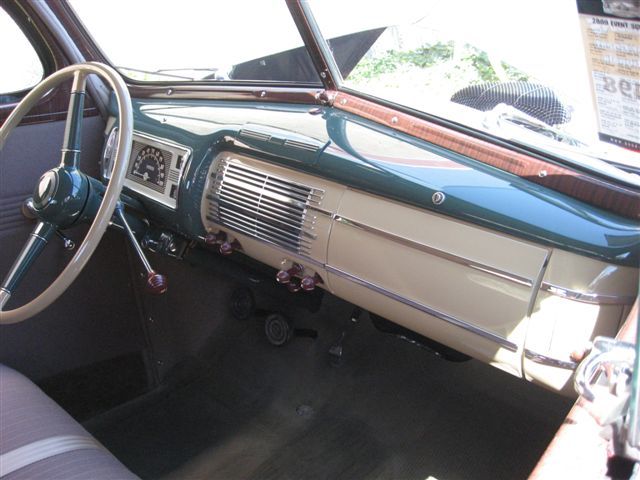 Chuck likes his dashes a little different. This is a standard coupe with both standard and deluxe appointments. Color matches outside rather than standard 40 colors. Looks nice. 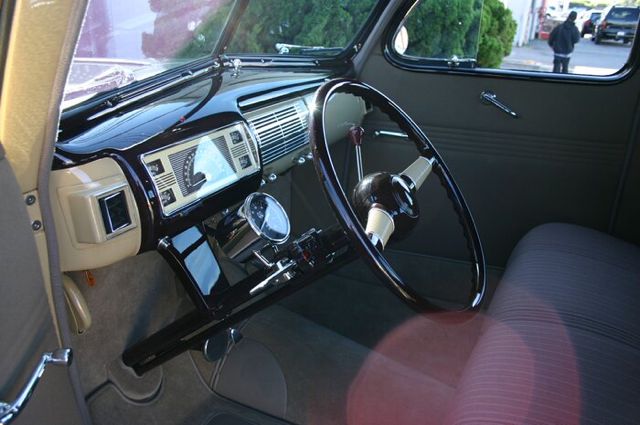 Roy builds some nice 40 coupes also. The steering column is very different with the drop and upside down column. Shifter is below the column which was an old trick in my youth.

Today’s fun…in the pool on a hot day! 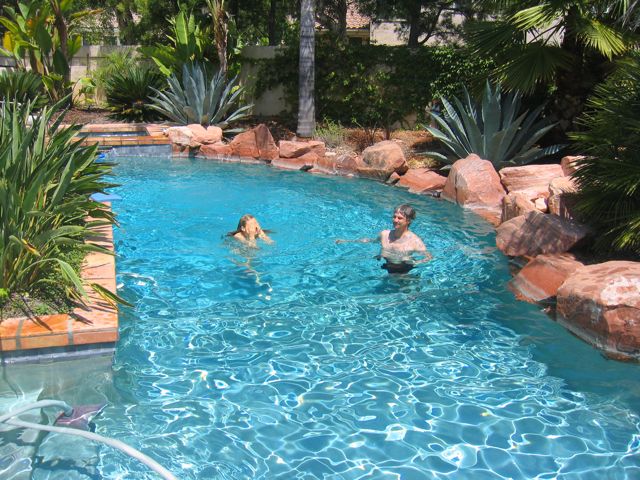 My son and his wife enjoyed their stay with us. They helped us celebrate our 45th wedding anniversary. Thanks Chris and Nannette.