I am always excited on Tuesdays because the gang all gathers at Toppers. Today, I had a doctor’s appointment early, so I would miss the usual “Office” gang. I knew Bob O would be driving his new 40 coupe so I would at least stop by and see who was still there. The doctors office is far different from my office. I have been going to the same doctor for 15 years and attribute his good care to my making it to 70. He likes cars so we get along real good. After the usual lecture, I headed to see the non- bowling crowd (Tuesday is also bowling day for those with good backs} but only Bob and Dick were there checking out the new 40. Have you ever noticed how everyone will walk to see a new car and immediately find things to complain about. This 40 had no such response as the shiny black paint, the straightness of the panels make you kind of stand back and say under your breath, “I wish this car was in my garage”. We headed to Toppers and had a real good conversation about how the Lakers are going to beat the Suns tonight. After lunch, we stood around Dave’s 40 convertible and Bob O’s 40 coupe. I think most of us like both cars and are happy their owners drive them for all to enjoy. Thanks, boys!

I have some more photos from the weekend and past events. 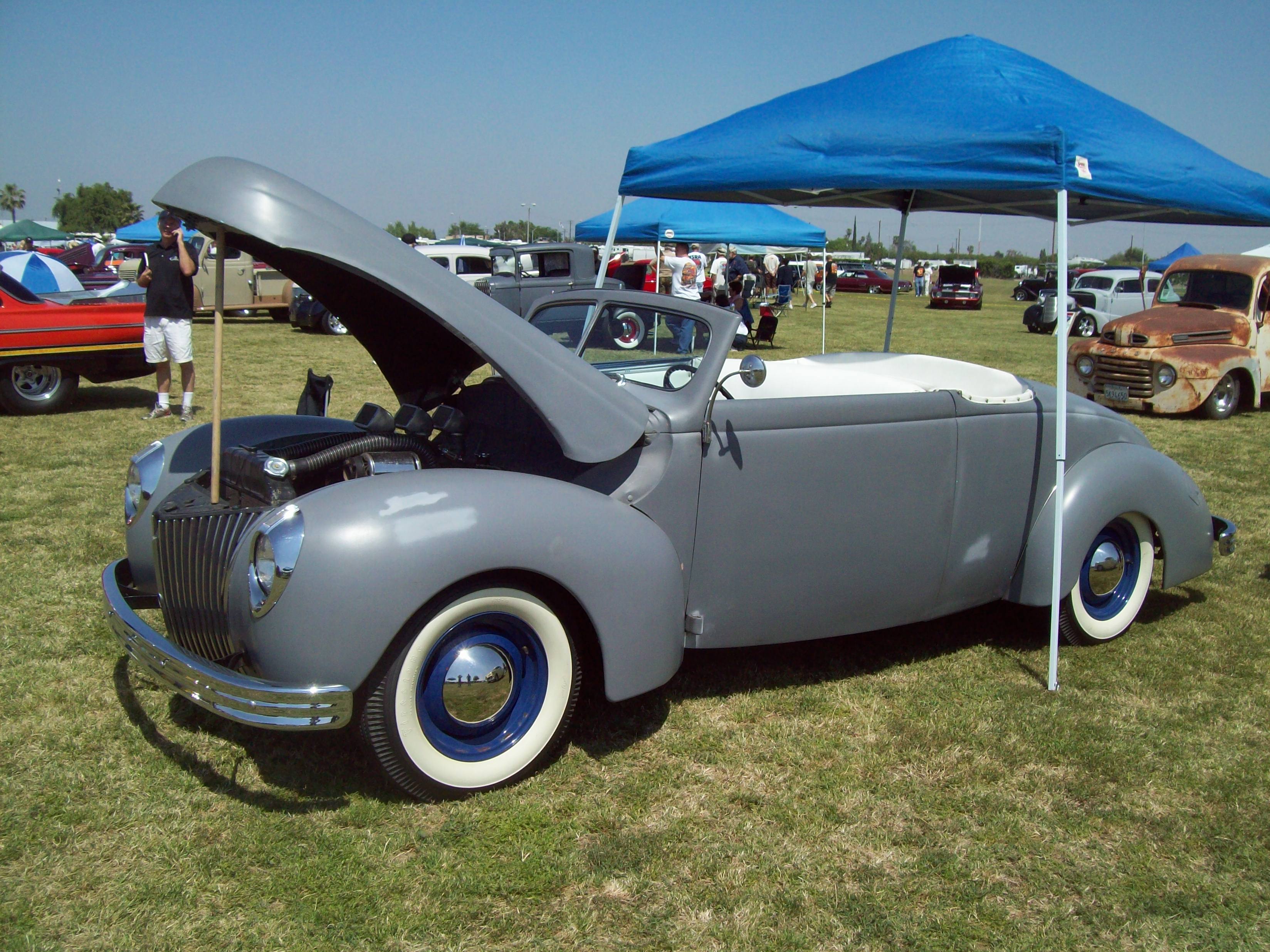 Dave sent in this custom 39 convert photo from Bakersfield. I have seen this car at several events over the years but do not know the history. John would love the custom work on ths old school hot rod. 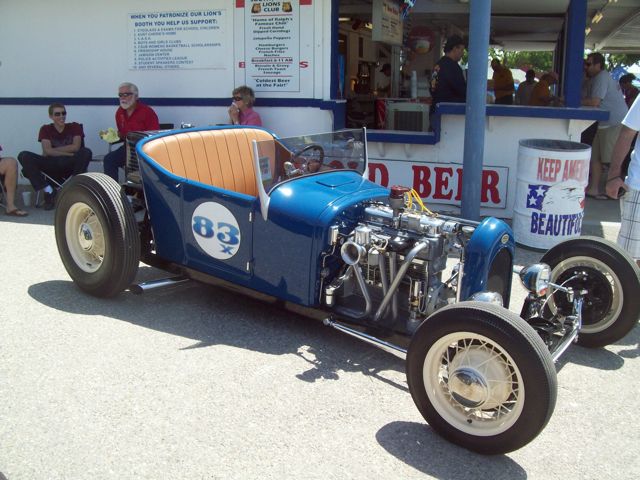 This Track T is really an eye catcher with banger engine and a true Track Roadster look. 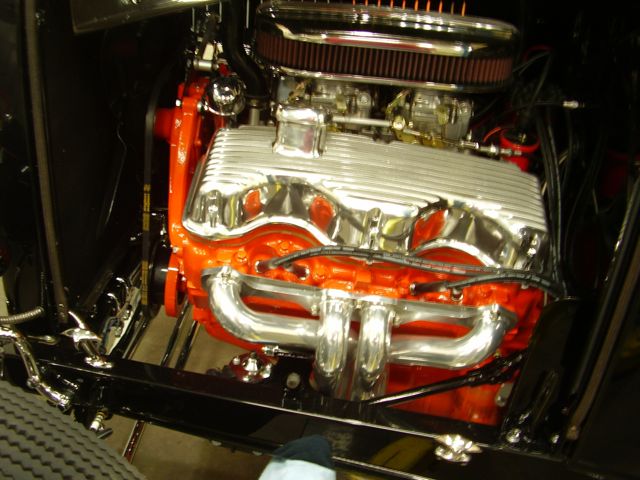 Rex sent along this picture of a 409 engine they installed in a recently completed sedan. A 409 engine is indeed a rare and valuable engine these days. We saw several at CCC on Sunday, although none were in Fords. 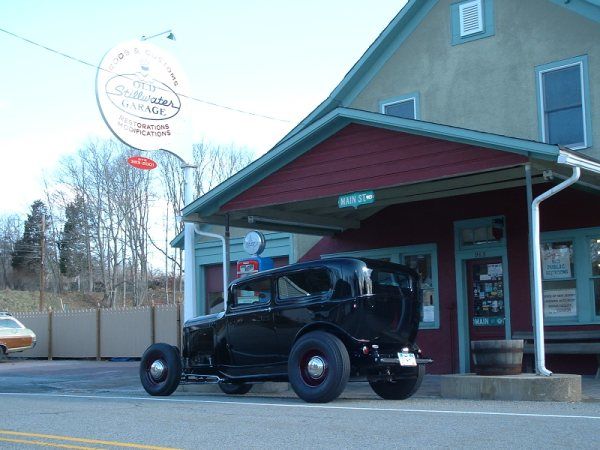 One of my favorites, Henry Astors (AHR) Deuce tudor sedan. Maybe he will be at the LARS this year. 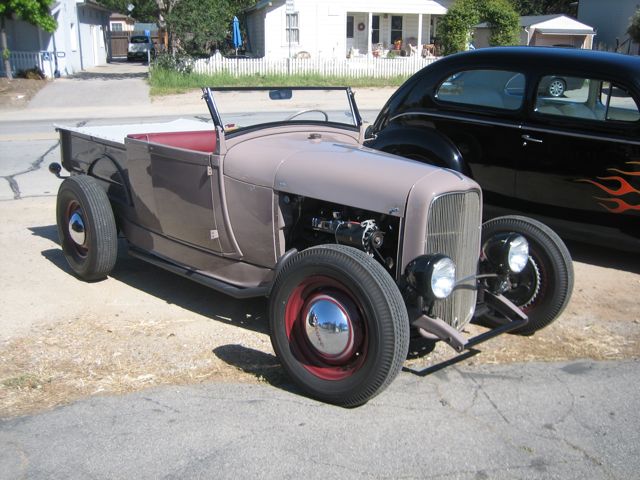 Dave had his RPU on the Central Coast run. The car looks like a lot of fun to drive up and down the Coast. Looks like a Buick engine with generator hanging out the side. He also owns a real nice 38 Woody and some other collectibles. 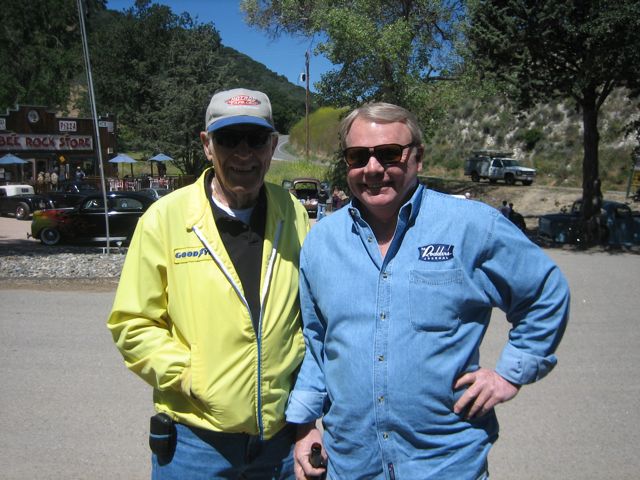 Steve on the right and Bob on the left had a good time talking about the old days at Petersen where Bob was the head photograhy for many years. 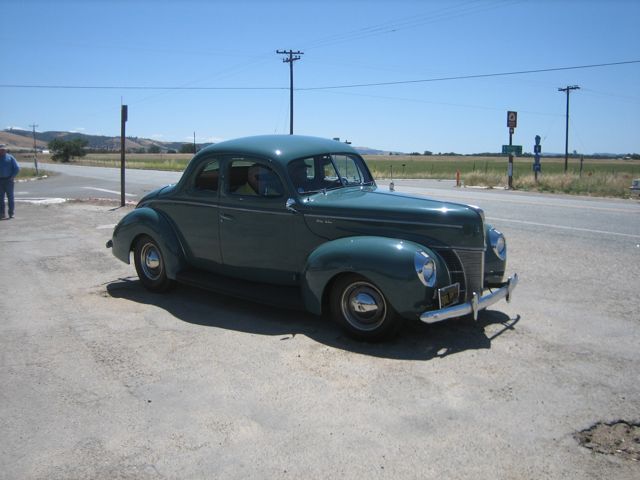 Bob’s ride was this 40 cloud mist gray coupe. To me, this is what it is all about…driving on the road with the guys and hanging at neat garages. 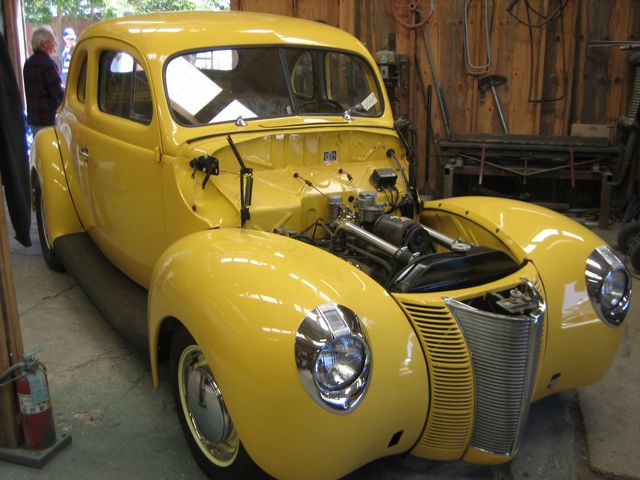 I don’t know where they come from but 40 coupes are being built in garages all over California. This yellow one with flat motor is going to be nice. Something about a yellow 40. 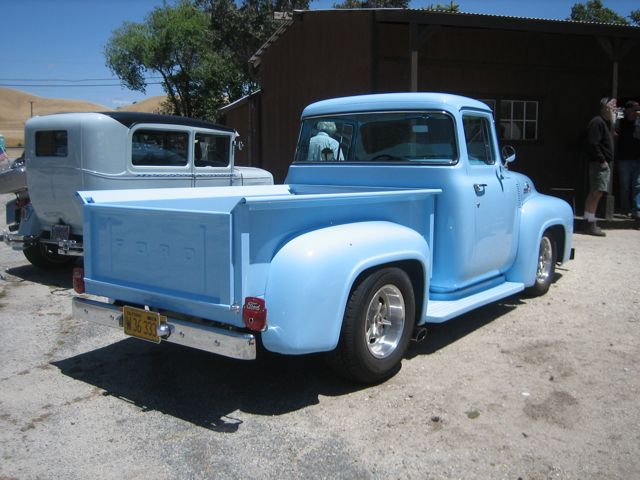 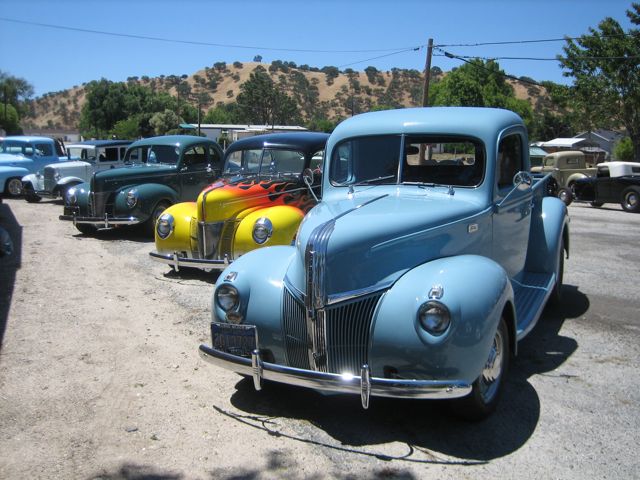 Speaking of 40 Fords how about this photo. A man needs a coupe, sedan and pickup in his stable. Steve’s flamed sedan has more ink than McCoy’s forty ever revcieved. 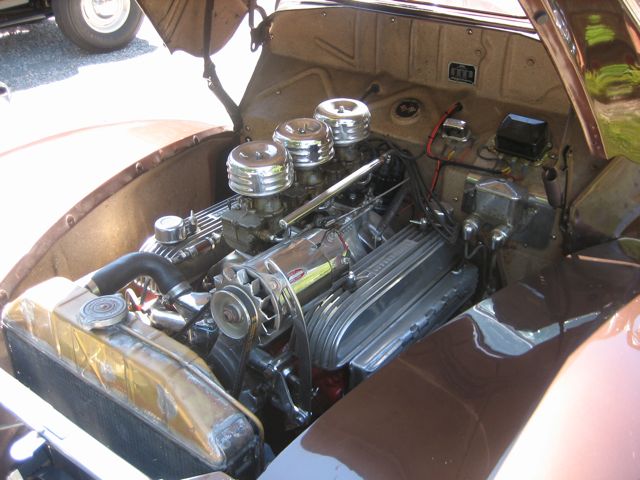 Just to show that a GM guy likes other engines, how about this nailhead in a 40 Ford. As a young man, I would have spent hours looking at this installation. I wonder if the CARB would approve? I won’t tell.

Today’s engine…SBC dreaming to be installed in Andre. 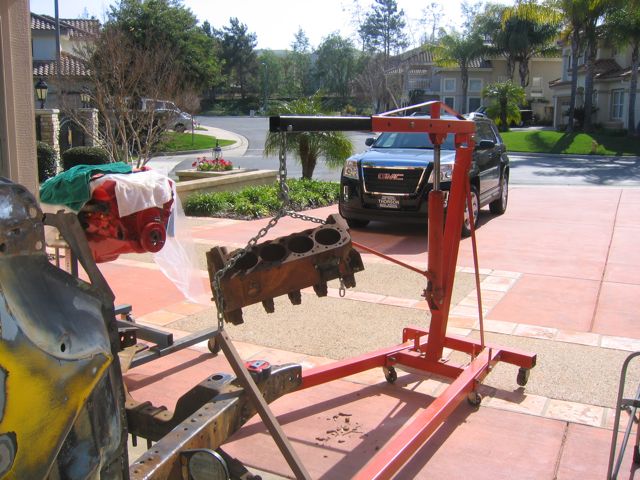 The homeowners really like my front drive way. I try to keep it to the afternoon hours as everything must be behind closed doors by 5:00 pm. I do revceive a letter now and then telling me how much they like my cars.