A rainy day in LA means only one thing for me, I need to visit a hot rod shop. I went by the office but I didn’t see the gang so I headed to Frantic’s to see what he is doing. Traffic was bad and the rain was really coming down. I finally arrived and Fred was working on a Ron Francis wiring panel for a 1949 Ford project he is doing for a customer. Fred is an expert at wiring and does a really neat job. The Ford has been a long tern project for the owner and it is turning out real nice. I will run a feature on it when it is finished.

After a long discussion about the registration process in California I headed back to Toppers for lunch. More rain came down which made driving a little tough. When it rains in LA all the drivers think they are on a NASCAR oval. Lots of wrecks and heavy traffic make you keep your eyes on the road. Once at Toppers I entered into the conversation about the Goodguys show in Orange County. The general consensus was that both the attendance and car count were down this year. This venue has been losing popularity for the past few years. The fairgrounds changed ownership a few months ago but the events are still being held for this year. Maybe Gary will move it to Pomona next year.

The best email I received today was from Rex Rogers at Custom Auto in Loveland, Colorado. I had talked to him about a sedan he had for sale a few months ago. If you are not familiar with Custom Auto they are the folks who restored Joe Nitti’s famous roadster. They also built Henry Astor’s black hiboy sedan that I like a lot. A customer has just finished another hiboy sedan which is a twin to Henry’s. I will share some photos with you of the neat sedan as well as some other photos. 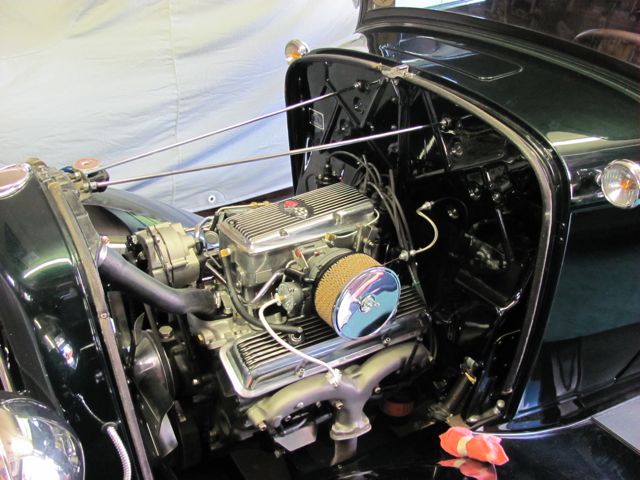 Lou has finally decided to install this early (63-65) FI unit in his 5 window. I had one in a 3 window and the drive cable kept breaking. The car was very hard to start after driving a while. My first solution was a set of 3 deuces which didn’t work very well either and the final solution was a 4 barrel carb on an Edelbrock manifold. 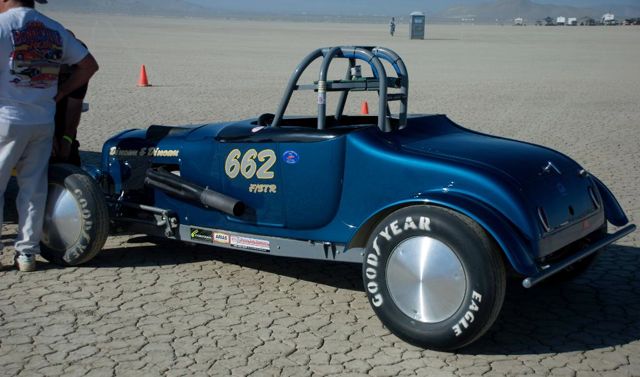 Some of my friends went to El Mirage this weekend and sent me this picture for Bob. Bob thinks he wants a 27 for the salt. Good luck. Maybe he should try the Ecotec 4 banger from GM. 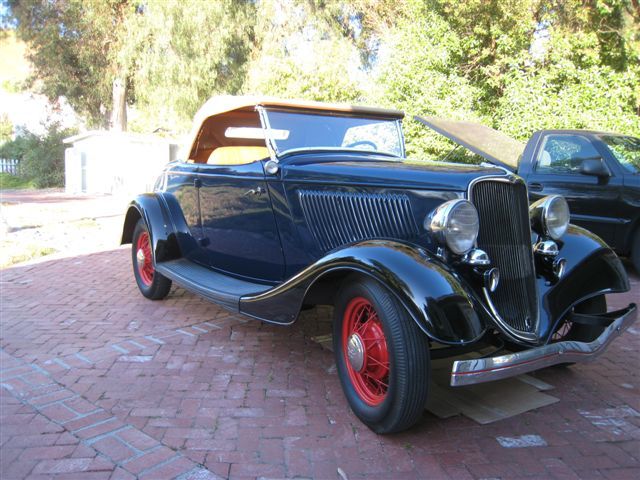 Frank has found another car that followed him home. This bone stock 33 looks good in the pictures. Let’s see, throw away the fenders, chop the top, add a dropped axle and mild FH. Are you listening Frank? 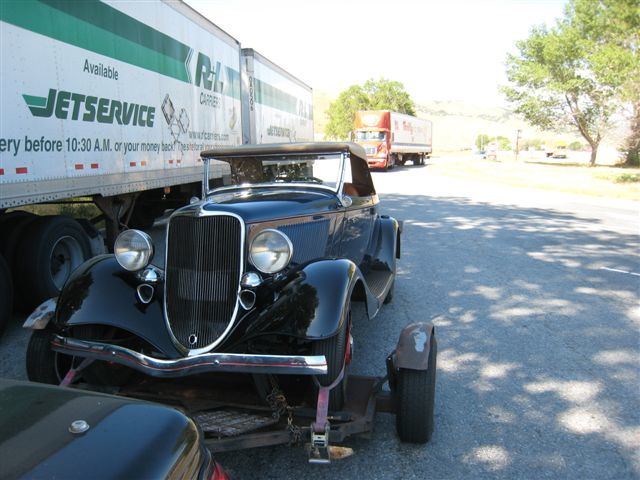 A familiar site at Franks garage. He finds more cars than Hemmings does. I don’t like the tow trailer. You need to see Bob’O’s rig. 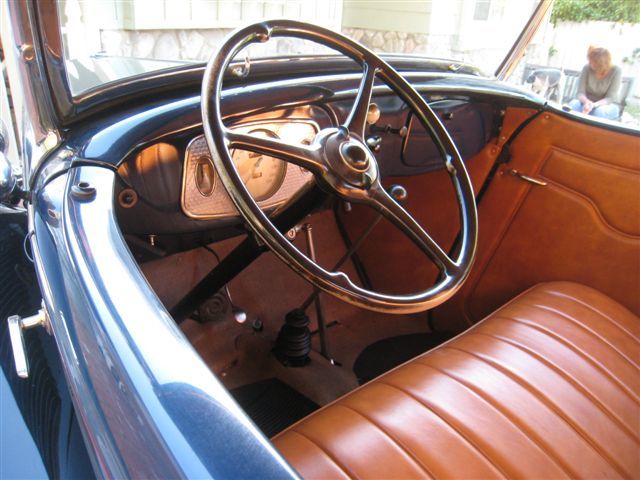 A bone stock interior looks good for the reliability run next year. Add a set of steelies and you are sure to be accepted.

Chris had his Bonneville styled sedan looking good. He is going to paint it Washington Blue. I can’t wait to see the final product. I bet 3 Window Larry would buy this one. 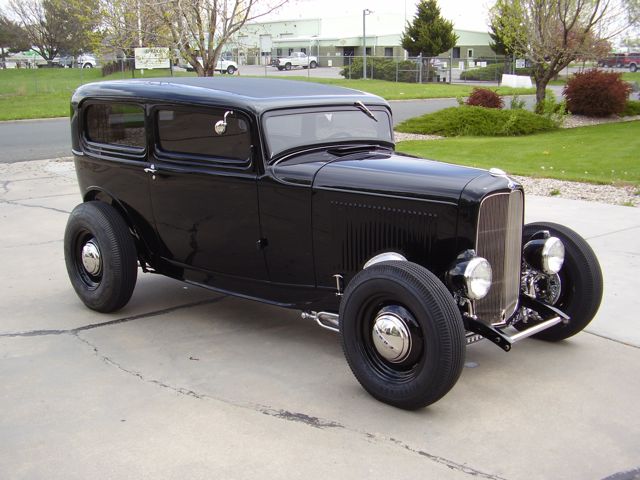 Rex, at Custom Auto, knows how to chop a sedan and make it look racy without the 5 inch cut. I am tall and anything more than 4 inches is a challenge. What is not to like about this sedan…nothing.

Rear photo shows stance, extra capacity tank and bias tires. It is hard to beat an all black sedan. 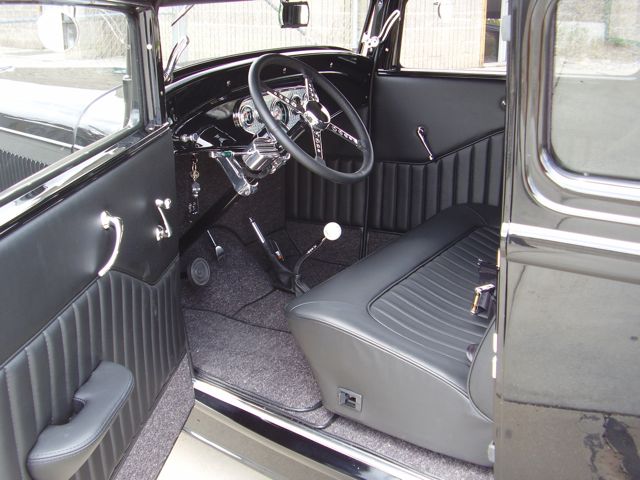 Black interior with a bench seat provides plenty of comfort for all. The steering wheel, drop and column all fit the theme. I could keep this interior clean. Nice job. 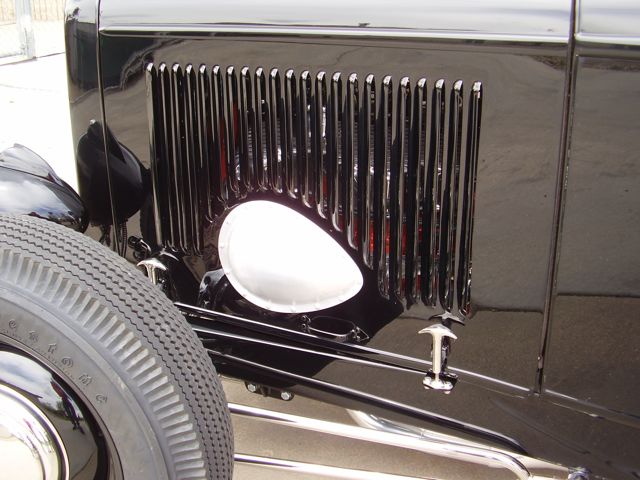 Rex made this aluminum blister for the 409 engine intrusion into the hood. I suspect he made the whole hood louvers and all. 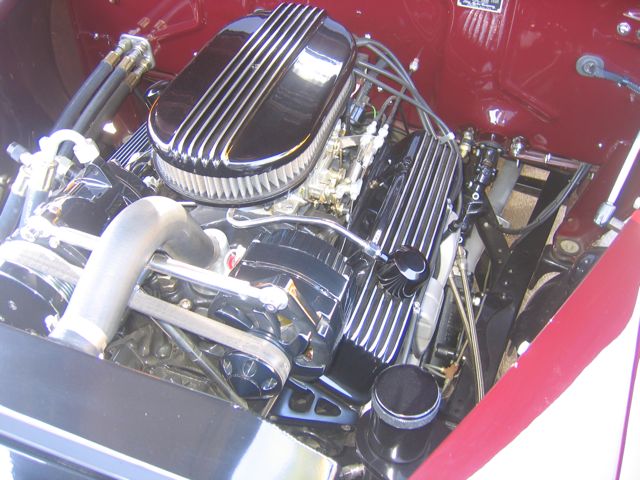 Walt has this little 283 fixed up with black Moon valve covers, air cleaner and all accessories. Black and maroon are my favorite colors.