I have missed the last few Toppers due to other commitments but plan on going today. Â I started off the morning with a breakfast meeting with the Valley Corvette group and thought I would do both events today. Â Sometimes it is good to listen to what non-Ford groups discuss when they get together. Â I have been out of Corvettes for many years but I still enjoy the cars but have forgotten most of the required specifications for the Bloomington Gold cars. Â I was more into modifying than restoring the cars. Â Now it is taboo to talk about anything other than what came off the GM assembly line in St. Louis in the fifties and sixties. Â The value of the cars has risen steadily over the years and the people who hung on to their rides hit a home run. Â My college buddy Chip has a fleet of Corvettes and the knowledge to build them correctly. Â He picked up some hardener for me yesterday and now I can finish my painting chores when the weather cools down a little.

The movie “American Graffiti” has been showing on HBO lately and the 55 Chevy gasser look must have rubbed off on two local car guys. Â Frank and Fred have both purchased/built some 55 gasser cars that have the look and sound of the movie car. Fred’s is an all out gasser and Frank’s is more of a street version with paint and interior. Â Both cars bring back memories of my drag strip days. Â I don’t recall any of gassers in my town when I was young but Buddy Beal had the fastest two door post in Southern Illinois. Â I always thought he was “coolest kat” in town. Â The landscape is changing at the local car events and I have learned to still enjoy the events and some of the newer hot rods. Â I don’t spend as much time as I used to looking at cars but I always find something I can relate to.

I managed to send my first Youtube video’s to Dave in Australia and he was happy with the outcome. Â Youtube is full of hot rod video’s if you have plenty of time to waste. Â I try to limit my time to 1 hour a day or I wouldn’t get anything accomplished. Â I am running late so I will leave you with some photos that will make you smile. 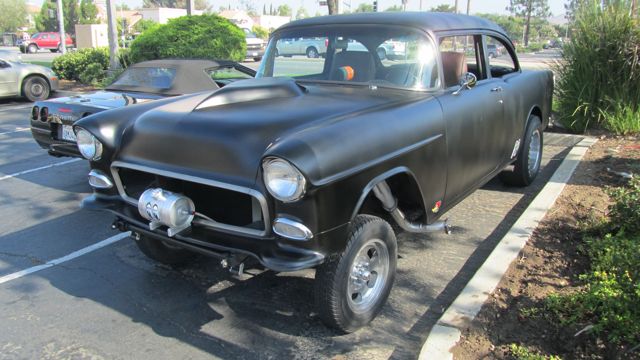 Fred is a regular at the “Office” and just recently completed his 55 gasser. Â Front tank is a beer keg converted to a wanna’bee Moon tank. 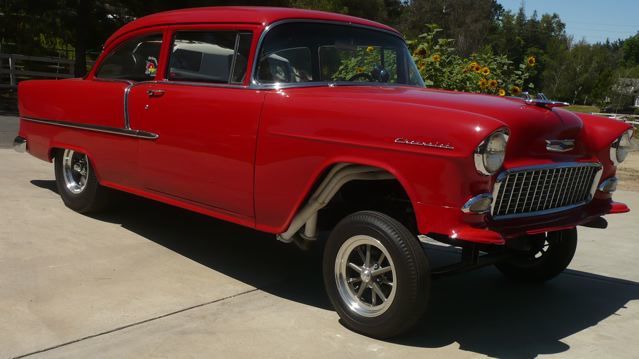 Frank has the high end gasser with paint and upholstery. Â The fenderwell headers are a must for cruising the streets of TO. 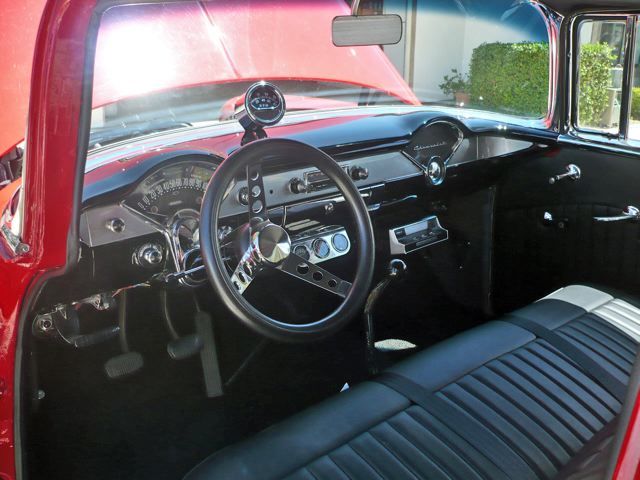 The interior is completed and the car looks ready for some heavy duty drive in action. Â Frank is trying his “Night Moves”.

Joe likes natural American TT’s on his 40 coupe and sent along a nice photo. Â He is waiting to go to upholstery jail next. Â Nice ride Joe! 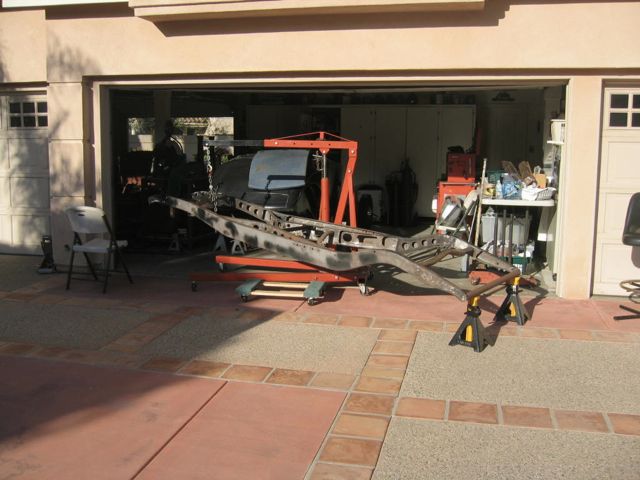 Here is Lucy’s chassis ready for Ajax Powder Coating to pickup and finish in a gloss black. Â Pre-HOA’s days. 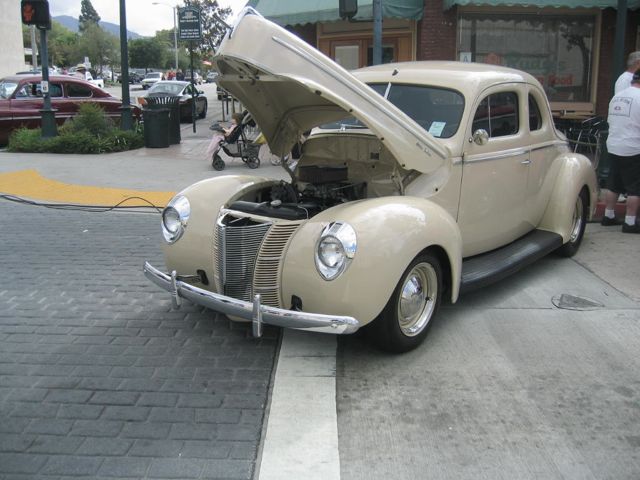 The late Mr. T-shirt had a very nice 40 coupe that sounded as good as it looked. 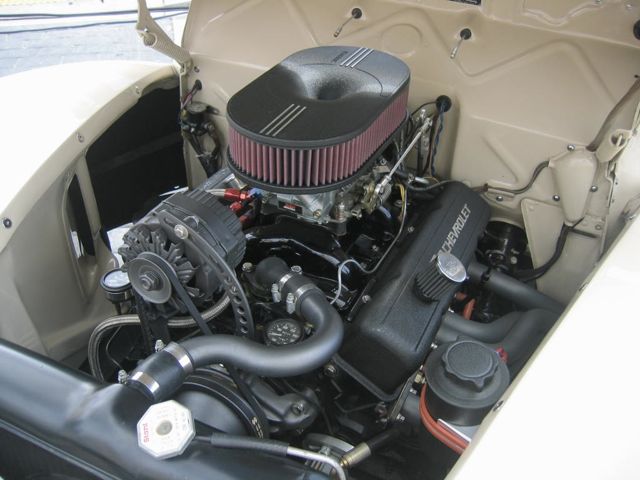 The SBC had all the h.p. it needed to crawl the streets of the valley looking for something he could challenge. 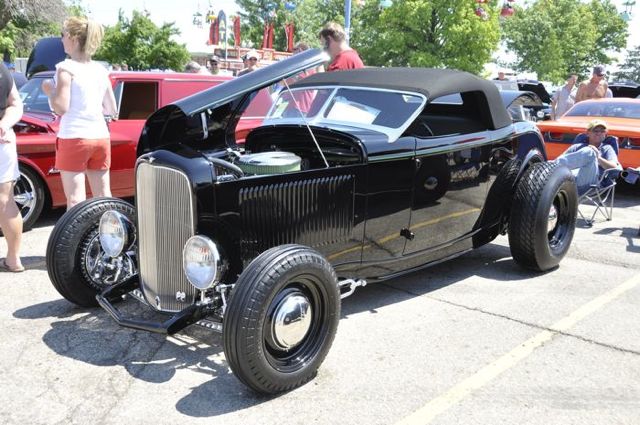 The Deuce with a Duvall windshield is a rare sight today. Â The windshields have always been a favorite of mine and look good on 32-36 Fords.

Today’s Woody…dreaming but almost came true. Â This is why I have a bad back. 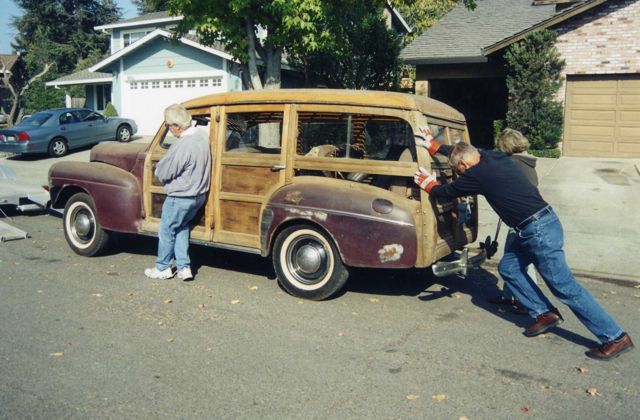