I hope all of you had a great Memorial Day weekend and at least drove the hot rod a day or two. Â The wife and I headed to Chuy’s on Saturday night to see what was going on. They had a good turn out for the first one of the year. Â The event will be held the fourth Saturday of each month through the rest of the season. Â The Indy 500, Nascar and the French Open all provided more TV that should be allowed but I managed to do very little other than watch the events. Â The finish of the Indy 500 was really exciting and I am sure very disappointing for the National Guard and the Rookie JR Hildebrand who hit the wall and came in second…. not bad for a Rookie! Â Earnhardt had a chance finally and he too didn’t win. Â Sometimes winning isn’t the only thing, but in racing, we only seem to remember the winner. Â Danica came in tenth and I will remember her for leading the pack for a short time. Â I wonder why?

As we approach the summer months, I look forward to attending car events such as the LARS and the Forty Ford show, both of which make my summer every year one to remember. Â If any of you are coming to the LARS I hope to be there on Saturday health permitting. Â I will keep you posted as we near the big date. Â In the meantime, I will dig up some photos of roadsters from previous years. 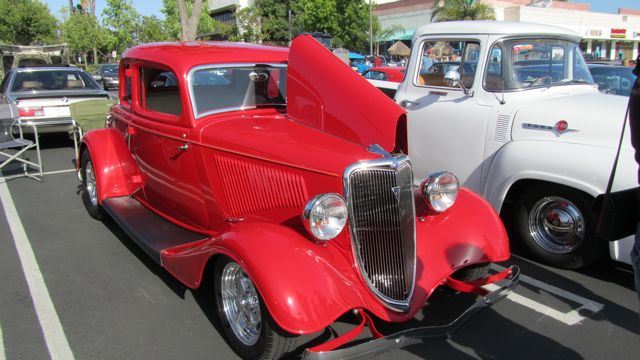 You don’t see many 34 five windows but this red beauty was new to me. Â The car had a nice stance and well detailed engine compartment. 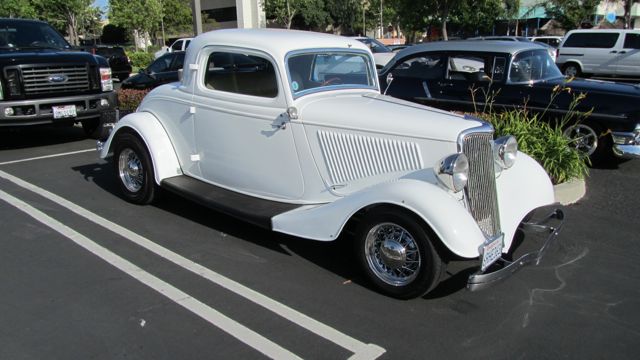 For you 3 window fans this all white 34 was also a new one for me. Â Wire wheels are coming back but I think this one has been around since the 80’s. 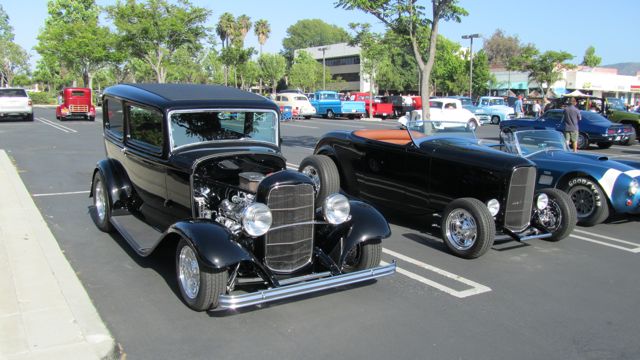 I am partial to Deuce sedans and roadsters and this father and son team had a very high end example of each. Â I believe Roy at West Coast Street Rods built the sedan and both cars featured Mangus interiors that were outstanding. 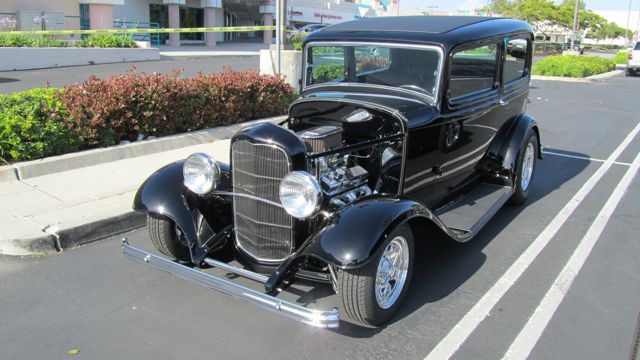 I took several photos of the sedan and will show some more later on in the week. Â This week I love fenders on the sedans. 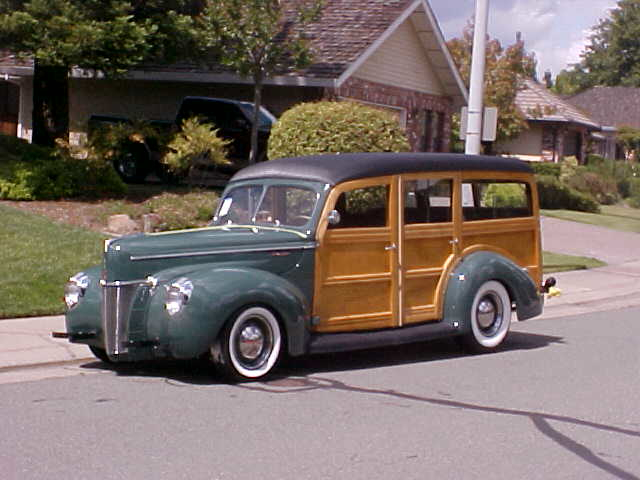 Tim’s Forty Ford factory is turning out some of the best built forties around. Â This CMG woody is almost done except for adding the bumpers. Â A forty woody is tops in my book. Â Don’t tell Ruby or she will get jealous. 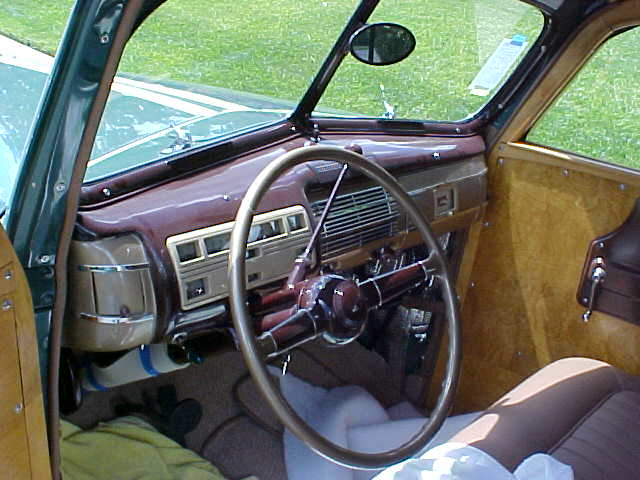 You can’t beat the stock looking dash which is full of Tim’s hidden features. Â The Doc has a sedan delivery that is waiting for Tim’s touch. 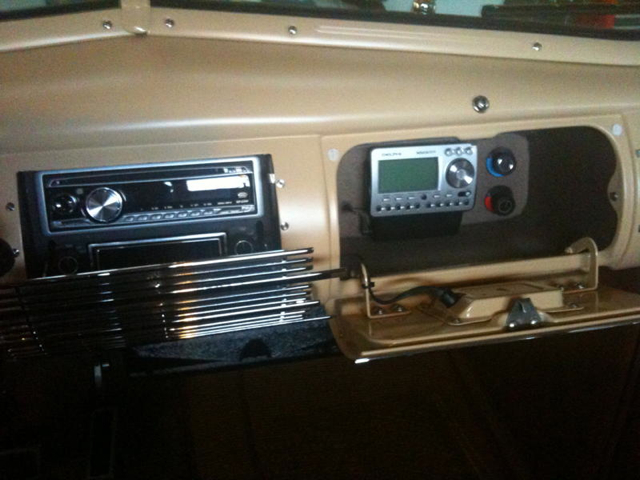 Jim another prolific 40 builder sent in his modifications to the 40 dash. Â The grille folds down allowing access to the radio and A/C controls. Â He too installed the XM radio head in the glove box. Â You can still have a small glovebox with A/C which is a good idea. 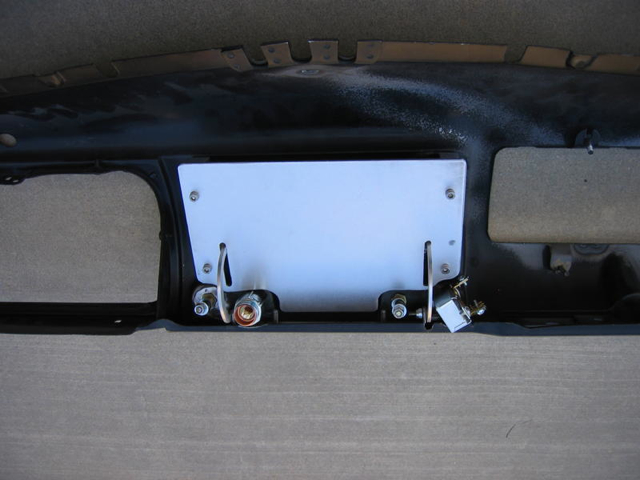 The back side is very clean and fits the opening perfectly. 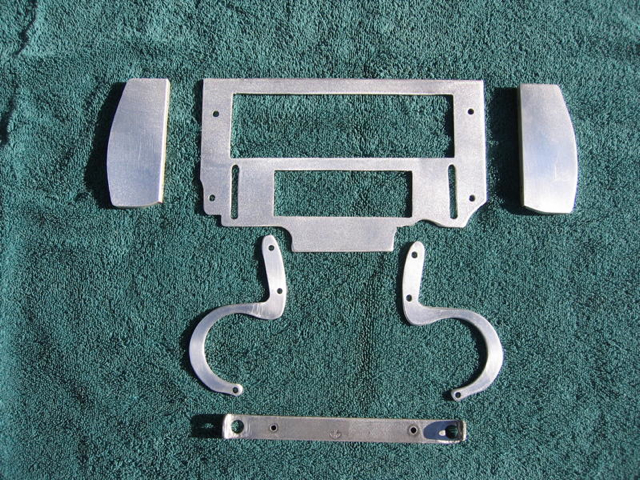 Jim even sent in some photos of the parts he uses for the conversion. Â Thanks Jim for sharing your idea. 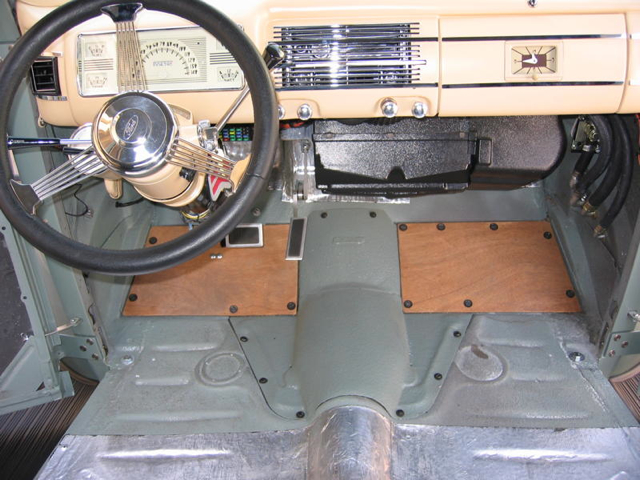 Here is the finished product which looks fantastic. Â Note A/C routing of hoses on the passenger side cowl panel. 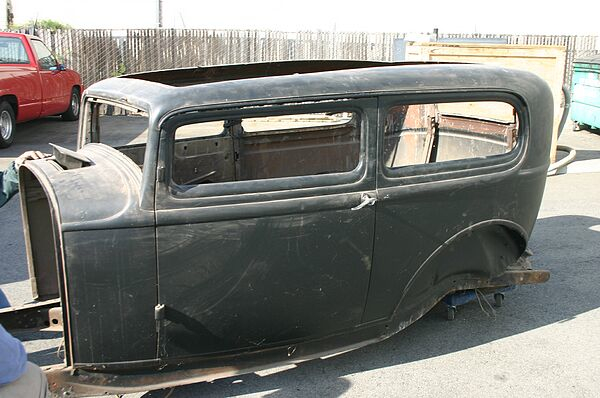 Maybe one like this will show up at the LARS this year. Â The body looks primo in the picture and include stock frame. Â Brizio is building this one for one of his customers.