Light turnout today at Toppers. I think Santa Claus and the honey-do lists stand in the way of a good hot rod lunch. The conversation was typical but we did concentrated on a famous 39 Ford convertible that has surfaced from the 50’s. Bob O knows the car well and is drooling over the fact that it still exists in LA. Old hot rods have a way of being stored away for many years in someone’s garage and upon the death of the person the cars suddenly appear out of nowhere.

The value of these old cars are all over the map depending how famous the car was in its day. The cars were usually not of very high quality by today’s standards but were right on the money for the era they existed. The owner sometimes tells his wife or family his perceived value, and it may or may not be realistic, but that becomes the asking price. Sometimes the car sits for many more years before being sold. In today’s market there are still a lot of buyers who can purchase any car they want but you may half to seek them out. I have heard of real buys on old legends but not in a long time. I understand Frank Mack’s roadster was purchased for a very low amount a few years ago and then resold. I guess being at the right place at the right time and having the money available it what really matters in these finds. I always felt the family deserved to get market value but not all people feel as I do.

Today, I have some photos of real finds and some real serious collectors of Deuces and early Fords. If you know of a car that you would like to own but the owner won’t part with the car, be persistent and continue to keep in touch and one day the phone will ring. It has happened to me but not on the 40 convertible I have been chasing for 15 years. 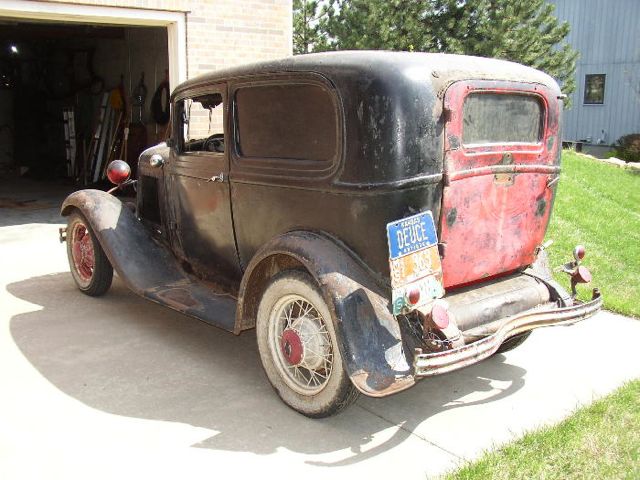 Doug chased this rare bird for several years prior to his purchase. He has left it just as purchased and likes the history of the car. Sometimes you need to leave them alone and enjoy the memories of the old car. 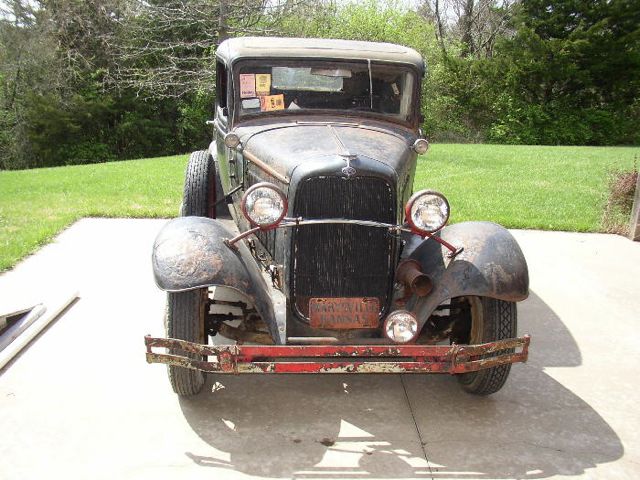 He calls the his Junkie as the previous owner added all the improvements for his lawn business. The A bumper on the front is sure out of place but did duty on the street. 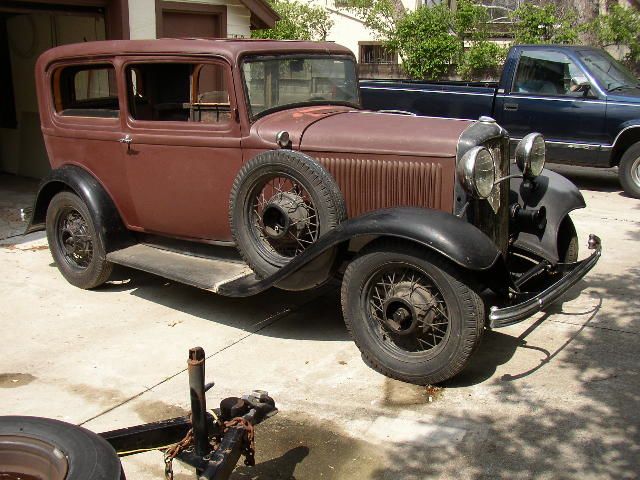 Doug also has an original flower car in his collection. I venture to say you have never seen another one of these at the shows. 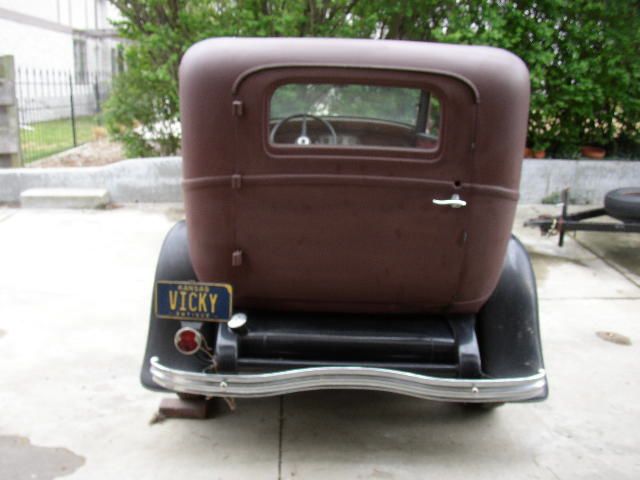 The rear view shows the very unique bumper that Henry added to ease entry into the rear storage area. 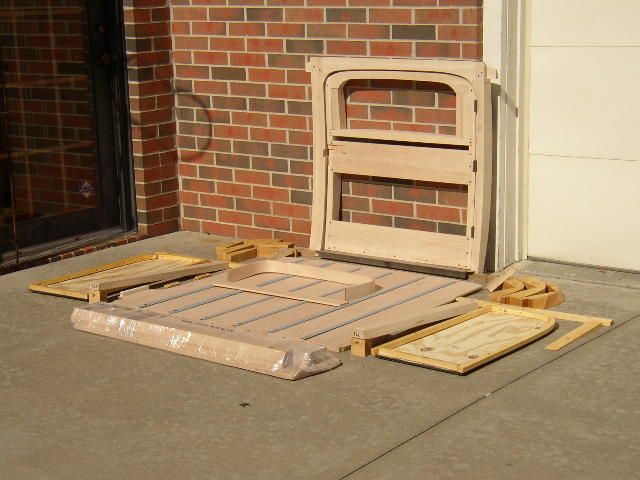 Since a very limited amount of Deuce sedan deliveries exists today, Doug offers a complete kit that is first class and duplicates how Henry made them from sedan bodies. Rod and Custom did a nice article on this conversion a few years ago. 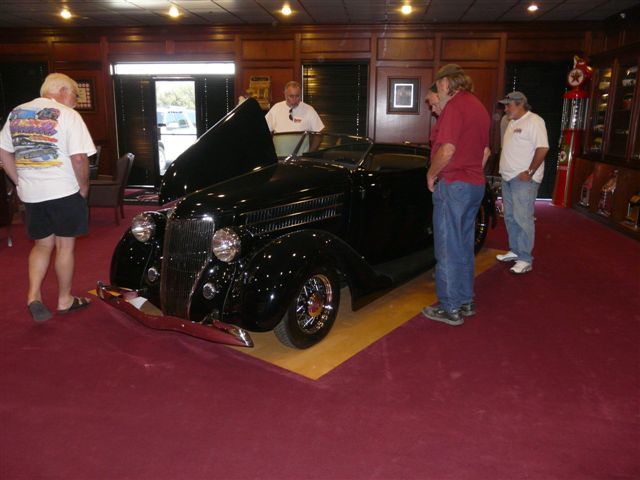 This collection is located in California and contains some of the best examples of Deuces, both stock and hot rodded, you could ever want to see. I know there are several collectors around but this one is truly amazing. The pictures show just a few of the cars he owns. The 36 is one of my favorites. 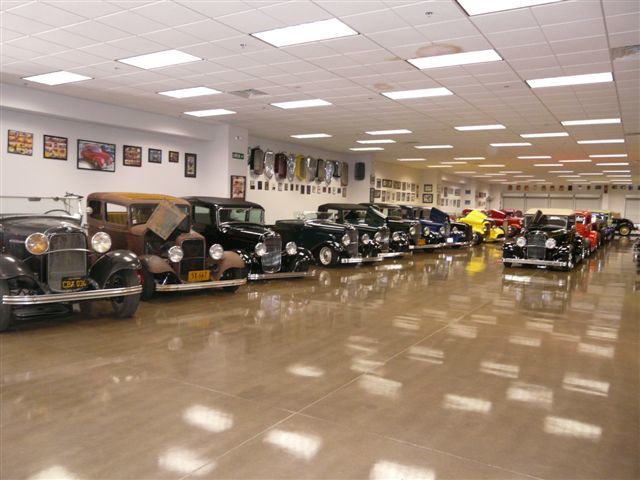 Here is another section of hot rods for his pleasure when he needs one to drive. 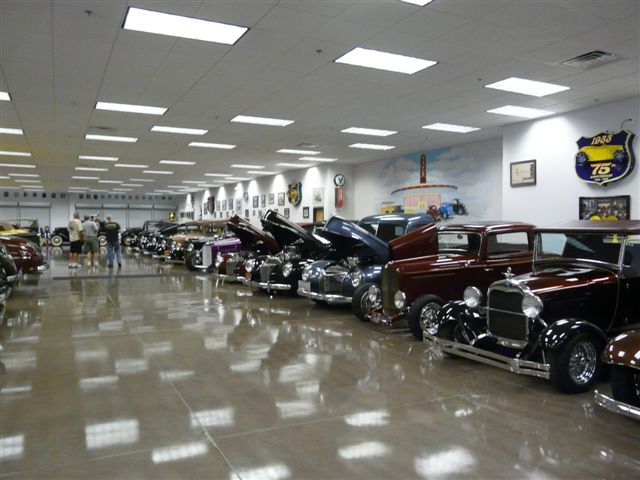 Here is another wall with some 40 Fords sticking their nose in the line up of Deuces. 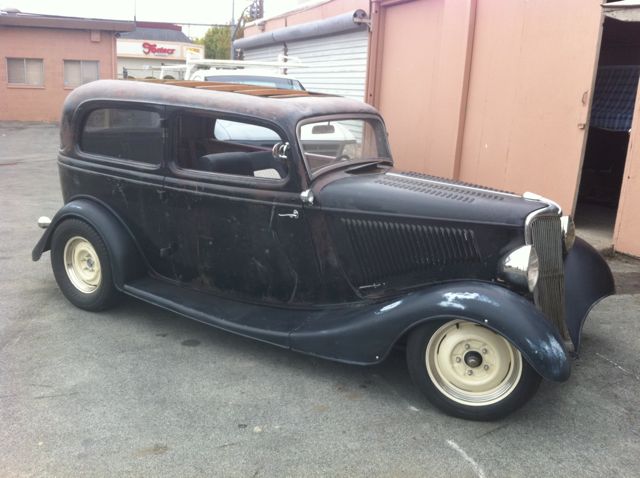 I am a fan of model 40’s and this sedan showed up in my email today. It is in the Bay area and is for sale. The car looks real solid and ready to go to the “Office”. Steve must know about this one. 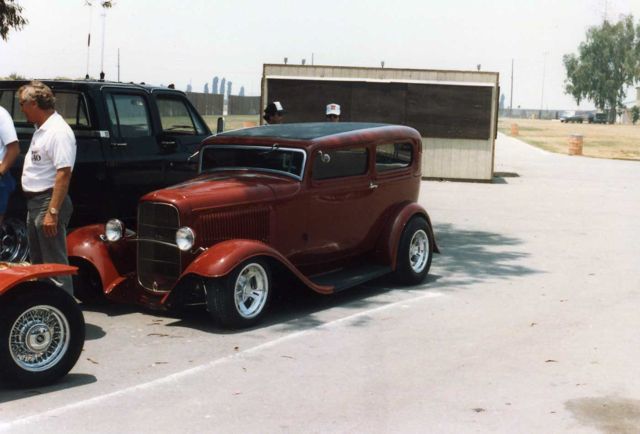 Bauder built this one in the 80’s and I snapped this photo at the LARS and filed it away. The car was on the cover of Rod and Custom and featured a blown SBC and a 4 inch chop. Moreland, pictured, purchased it from Bob and I never saw it again after this show. Too bad!