Roadsters, Coupes and Sedans are the models that make up most of the traditional hot rods I like. Â I have always loved the Deuce roadster from my early teens. Â I guess that was due to the coverage in the magazines as I don’t recall anyone owning a Deuce roadster in my little Midwest town of Decatur, IL. Â There were a few coupes, Model A’s, Deuces and model 40’s that were being built while I was in high school but most of my friends were really into custom Mercury’s, Shoebox Fords and Tri-five Chevrolets. Â We had a few car shows in our town and that is when I realized that I really preferred the Deuce 5 window that was chopped and fenderless. Â Mike, a long time friend of mine, from Pekin, IL have a copper colored one with all the best including a SBC chromed to the max. Â Mike came from a money family and could afford to build whatever he wanted.

During a show his car suffered an engine fire and he asked my dad if he could leave it at our house for a few weeks until he could come back and pick it up. Â I begged my father and he agreed to store the car in our garage. Â That was all I needed to set me on the Deuce trail for the rest of my life. Â I could hardly wait to get home from school so I could crawl all over the car to see how it was built. Â Keep in mind that this was best hot rod I had every seen and it was in my garage. Â The standards today are far better but believe me this one was no slouch in the construction and detail department. Â The car had a 40 Ford rear end that was chromed as well as everything else under the car. Â My dad helped me take off the burnt pieces so Mike could have them redone. Â The car only stayed with us for a few days and Mike came back to haul it home to Pekin. Â I don’t know what happened to the car but it left a lasting impression on this 16 year old high school boy.

Fast forward to 1965 in Detroit, MI where I had just moved from Decatur to start my career with GM. Â My wife and I were newly married and living in a rented house. Â The Detroit News classified advertisements were the place to search for cars (no ebay or HRHL) in those days. Â I would always go down and buy the paper on Saturday night to get first look at the hot rods for sale. Â I found my Deuce 5 window within a few months after moving to Detroit and drove it home. Â I kept that car and purchased three more 3 windows while living in the Detroit area. Â The five window was finally sold when I moved to Atlanta in 73. Â By 1978 I had purchased another 5 window from Danny Bowles and drove it to Chicago when I was transferred. Â To end this saga my passion for the Deuce roadsters, coupes and sedans ended when I purchased my first 1940 Ford in 1985 and found I could really be comfortable in a hot rod…but then in 2010…(TBC)

More on my renewed passion for a Deuce in a future blog. 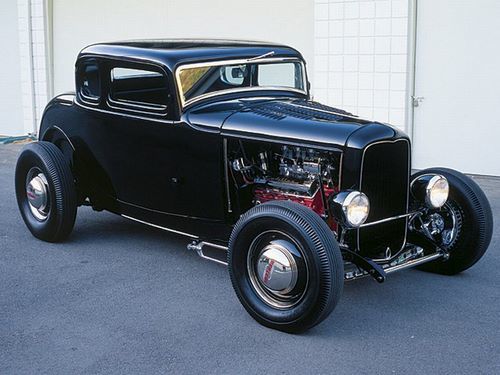 Jim’s 5 window is very similar to Mike’s car in 1957 only is was cooper colored with a white insert and firewall. Â He did not run a hood or the fire would have destroyed the hood from the heat. Â I can’t recall for sure but I think he ran Firestone whitewalls. 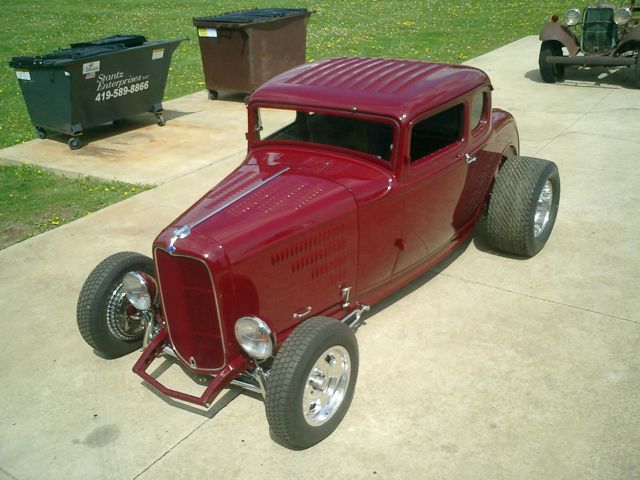 Here is a recent build with the Ohio look. Â The look is timeless and will stick with me to my grave. 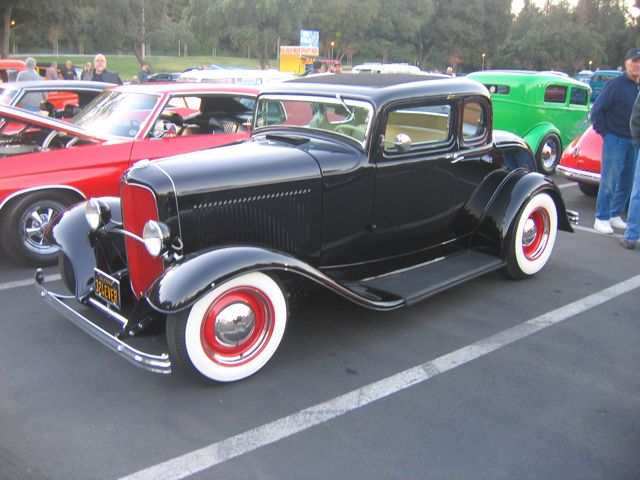 I saw Bob O’s coupe long before I met him and it sure has the old school look. Â The top is chopped 4 inches.

Mercury’s were big in my town also. Â We had very few this nice but we did have some nice ones. 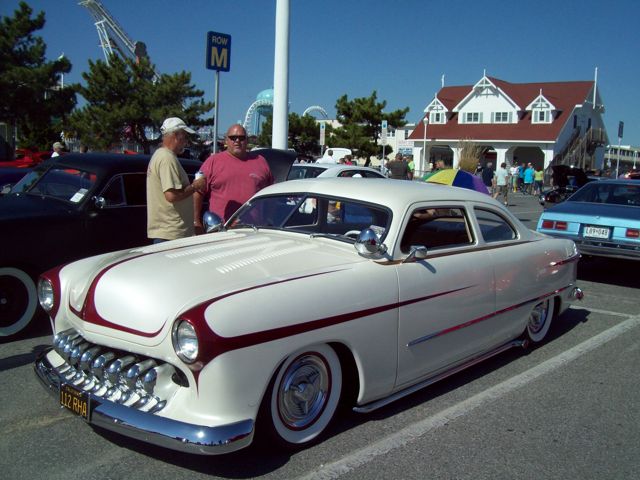 Shoebox’s were cheap and plentiful in Decatur. Â I always wanted convertible but in the Midwest they were scarce. 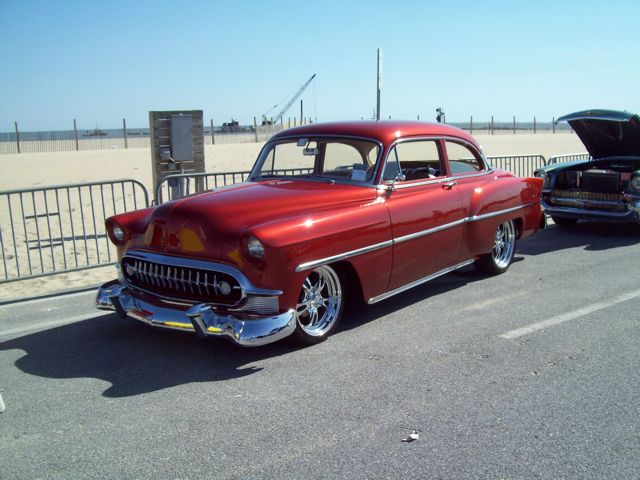 Chevrolet’s were also popular in high school. Â Mild customs such as this one were affordable and comfortable for the high school prom. Â The Corvette grilles were still hard to come by unless you knew some late night auto people. 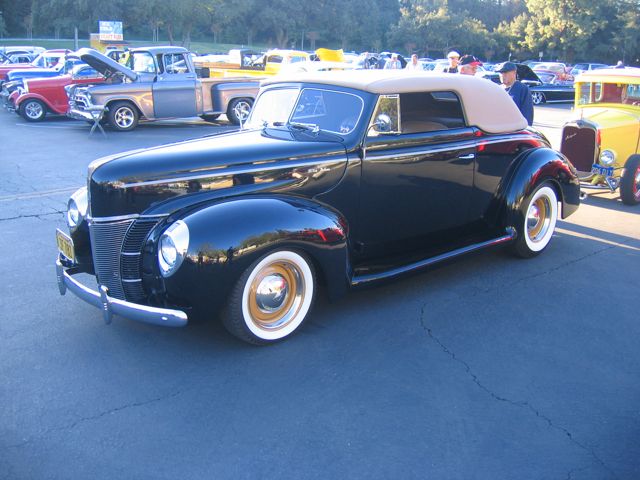 Dick in our group has a very nice chopped convertible that only the West side of town boys could have owned. Â The top is chopped 2 1/2 inches and the top is made of steel tubing which provides a wind free environment going down the highway. 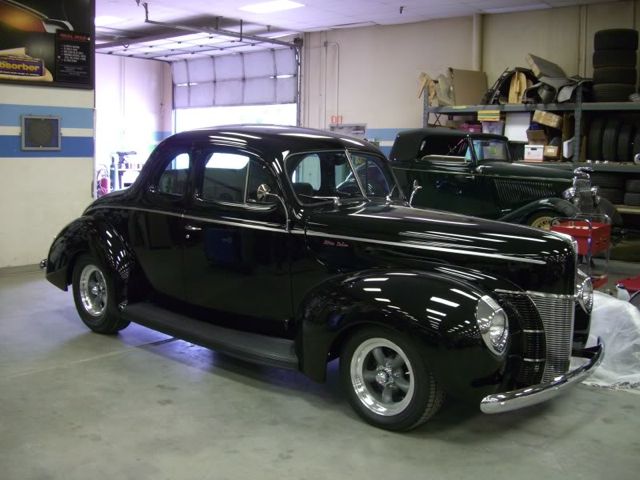 I think the 40 coupe with a simple clean approach would have been popular in 57 and is still a big hit today. Â Steve you can’t pay too much when they look like this. 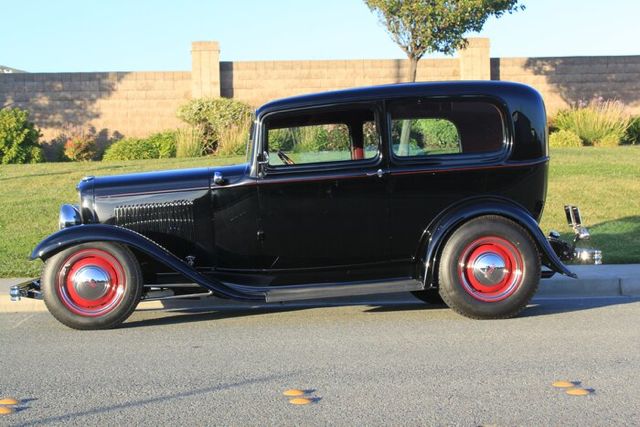 The garage mate for the above 40 coupe would be a nice tudor sedan built by Roy Brizio. Â Now you are in TALL cotton.

Today’s Woody in the snow….not dreaming! 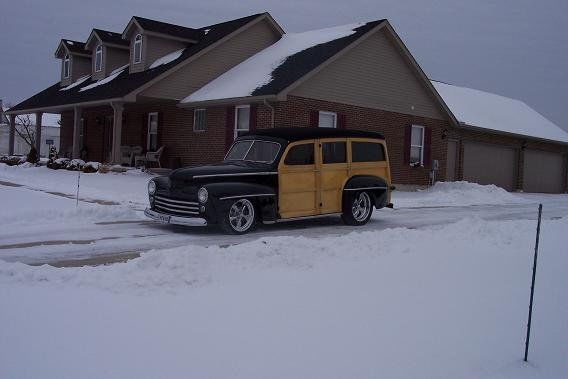 Bob in Ohio is proud of his woody in the snow photo. Â I love the car and the photo but Bob you can have the snow. Â Come to LA in the Winter Time.