This has been a busy day for me. I started off heading for the office to see the gang and ended up going with Bob’O to see Lynn Williams and his new 33 roadster hiboy. Bob drove his Prius with the parachute so we only used 2 1/2 gallons of gas. We stopped and drained some gas so we didn’t have too much weight on the run – a- way Prius. Lynn met us at the Mexican restaurant and we had a great lunch with all the hot sauce you could ask for. After lunch, we headed for his warehouse and looked at some of his cars. Lynn is always a gracious host and spent some time with us explaining how he built his new roadster.

He used an original chassis with a SAR body. He provided a stock firewall and dash which makes the car more original looking. The SAR body is about 3/4 of an inch wider so Jay widened the dash to fit the body. I think the car really would fool a lot of people. Other than bragging rights, I would prefer one of these over a stock one because of their superior construction in the body and doors. Lynn has two more original 33 roadsters so he could make a comparison for his new car.

Bob’O always drools over Lynn’s 40 standard sedan with the built flathead and dropped axle. A dumped in the front 40 sedan really looks good to me.

Time flew by so we jumped in the parachute car and headed back to Simi. A great day for visiting the shops. 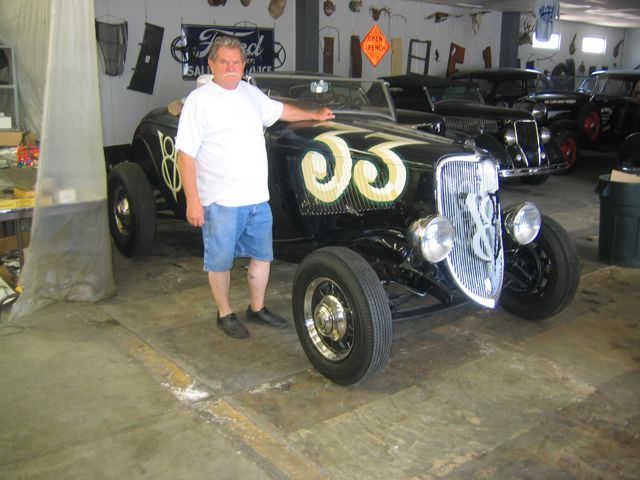 Lynn is very proud of his new racer. The car really hits the mark of eary racers at the mine fields in LA. I could not get him to smile. 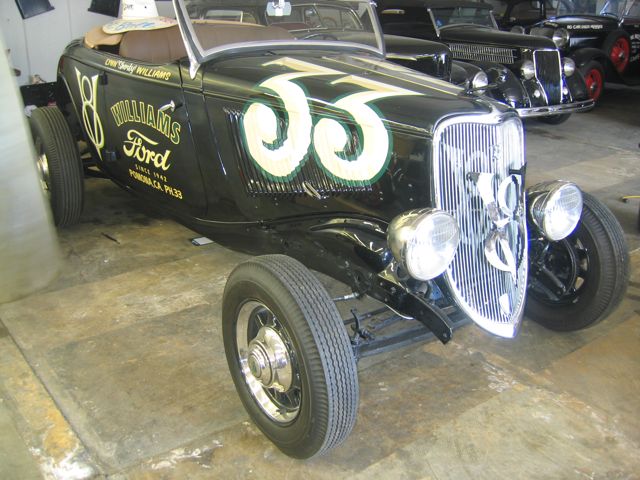 Here is another shot of the car showing the Williams Ford logo and lettering on the door. 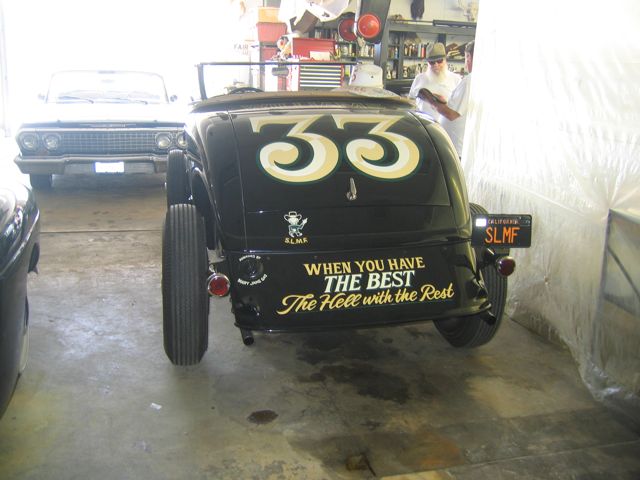 The view from the rear shows stock tail lights and apron along with lettering. 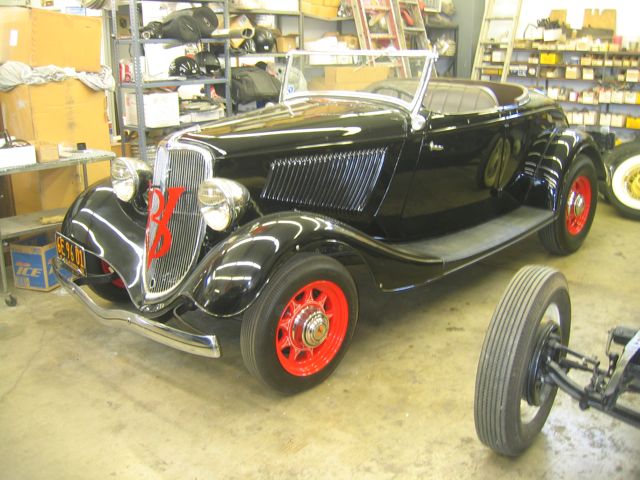 Lynn has several sets of General Jumbo wheels with the large hubcaps. He also likes the artillery wheels and has them installed on his 32 hiboy. A man can’t have enough wheels. 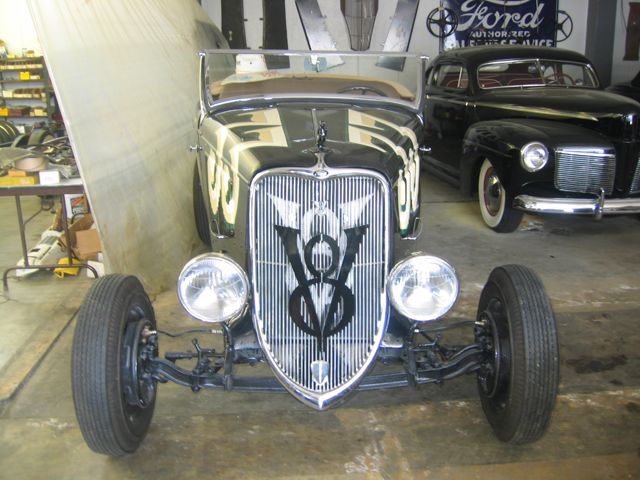 !933 Ford grilles are not rare at Lynn’s place. He has even added his own personal touch to the grilles by adding a large V8 emblem in the grille. 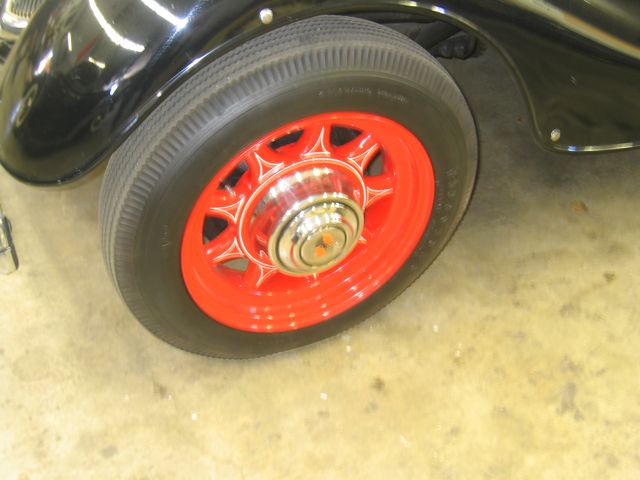 A close up of the wheels show the uniqueness of these wheels. 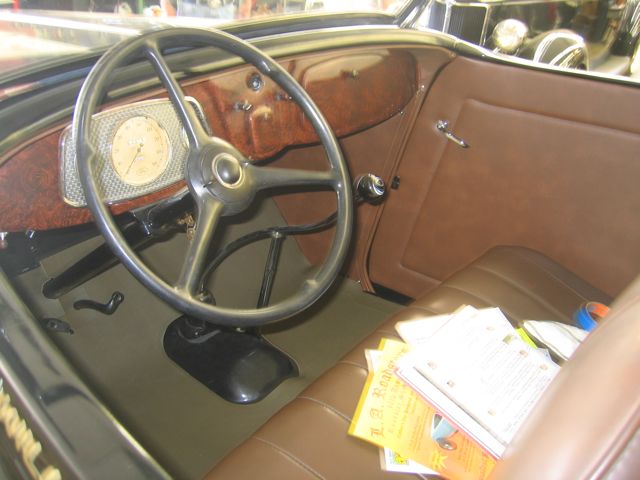 The interior is a stock LB kit that looks like it should. All appointments are stock. 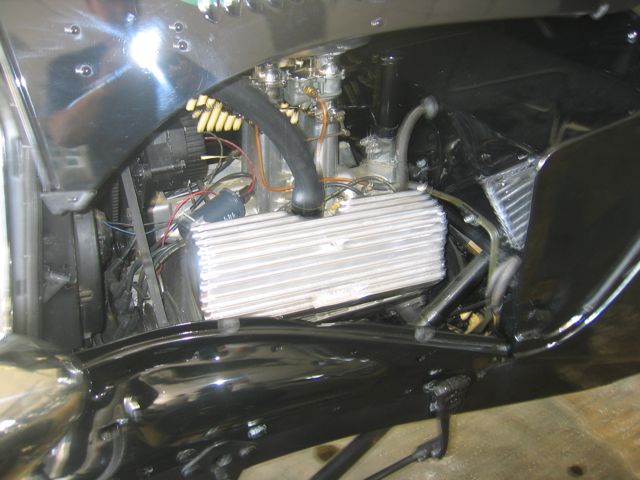 A very strong 3/8 X 3/8 flathead is correct for this racing machine. He just has installed the Thickston covers to go with the manifold and air cleaner. Note stock firewall installed by Steves. 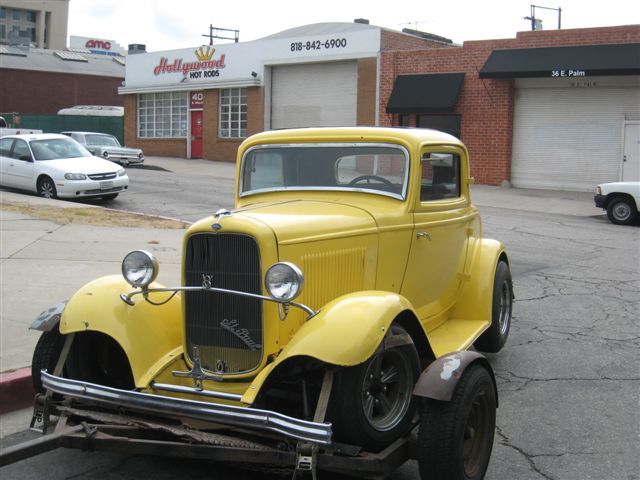 Frank’s 3 window has found a new home at HHR’s. He sure locates the cars. I will be following this build in the months ahead. 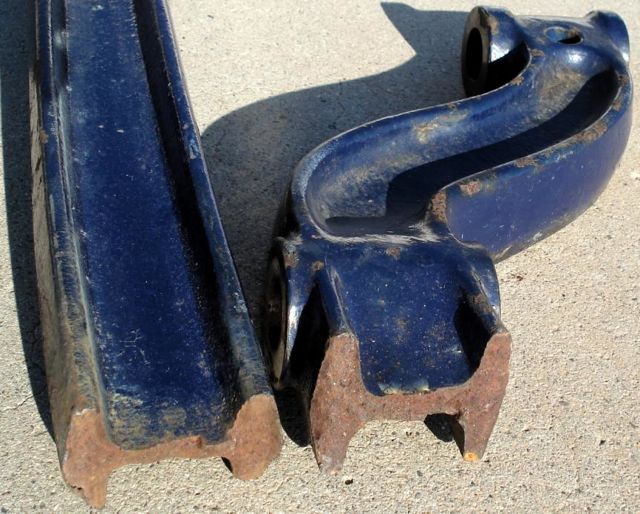 Here is a cast axle that broke while involved in an accident. I don’t think the frequency of failures is very high but this one didn’t hold up in the accident. I have used both forged and cast axles and have never had any problems with either type.