August brings a culmination of events to California for all of us to end our summer of fun. Goodguys West Coast Nationals, Wavecrest Woody Show, Outriders Picnic and Pebble Beach Concours d”Elegance are just a few that I plan to attend this year. I consider all of these events to be premier in the terms of well organized and attended by enthusiasts in our area. Pebble Beach Automotive Week is a different type of show held in a beautiful venue that provides a look at some of the most sought after classic cars in the world. Hot Rods are sometimes included and offer a view of some of the old history cars will be on display. Their is a 75 mile driving event the day before the show which earns a point for the car. GM used to have a booth at the show which allowed me to enjoy the show while working the booth. Today, I have to step up and pay the admission ($325) to see the show at PB. You can see the cars on the streets for free as well as at the many hotels and auction sites involved. Room prices are for the well healed and normally higher than normal during this event. Notables in the industry can be seen walking around inspecting the cars and sometimes driving the cars on the streets. If you haven’t been to this show, then you should put it on your bucket list to attend.

I have been working on Pepe to solve some of the recent concerns I encountered. The low oil pressure while running in hot weather was solved by talking to the previous owner and learning that 10w-30 is too thin to provide decent oil pressure in this engine. He always ran 20w-50, so I took his advice and it worked. The increased velocity (50) provides 40 pounds of pressure at 2000 rpm and about 15 at idle which exceeds the old rule of one pound of pressure for every hundred rpm. The multiple viscosity rating for oils have been around for 40 years or more and really should be understood â€” as the lower numbers are for winter temperatures (W) and the higher numbers for the rating at 100Â°! In other words, when the engine is starting (cold) the lower viscosity oil is required to ease the flow of oil through the engine and when warming up, while the larger viscosity oil flows while the engine is hot. Flow, not pressure, is the key to a good oiling system for engines. I tested this theory in our recent high temperatures and the new oil viscosity works as designed.

The last item requiring attention was the leaky transcooler and overheating problem. So far, I have not solved the transmission problem and we have been unable to locate any leaks. I have the new cooler and parts to replace but would prefer to locate the leakage first. I have mixed emotions about removing the water pump driven fan and shroud Â and replacing it with a Cooling Concepts puller type electric fan or just adding pusher up front. I know the later is not the preferred method but I am postponing my decision at this time.

Owing a Hot Rod always keeps us on our toes, the mind working and researching for solutions. Jane thinks that is good for me and I agree.

On a sad note, we all need to say prayers for Ron Hickman and his family as he was in a terrible accident and is in the hospital. You can follow his progress on FB. He is a true Hot Rodder and all around good guy. I wish him and the children a speedy recovery. 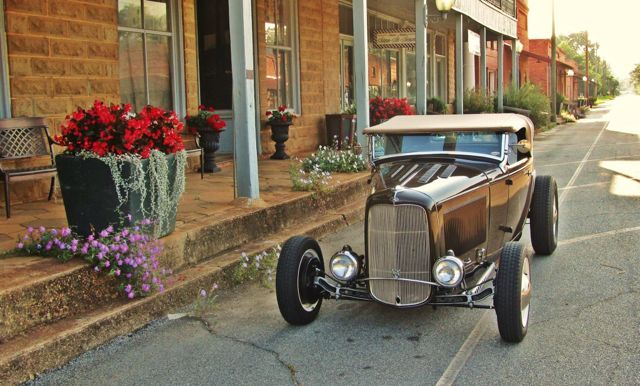 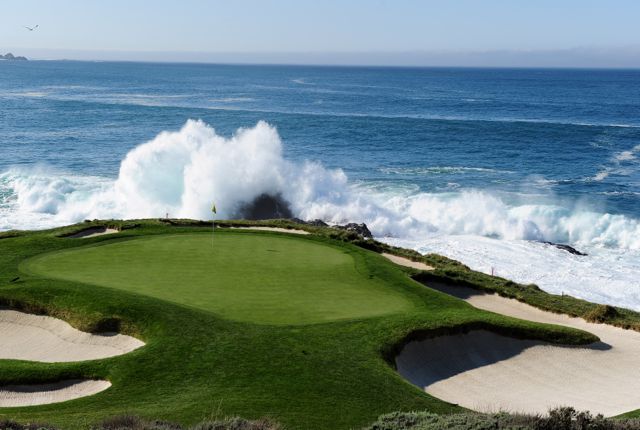 Pebble Beach offers some fantastic views during your stay at the Lodge. 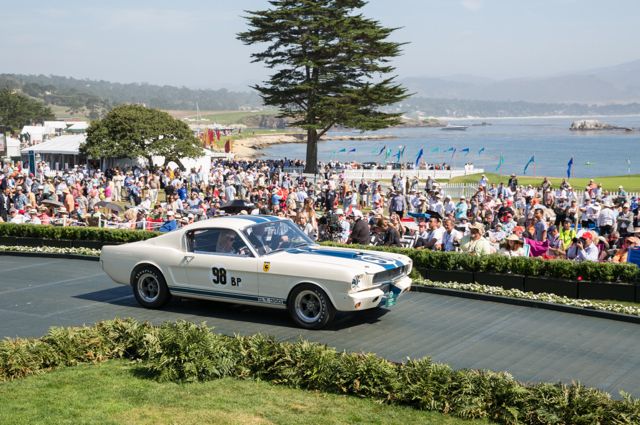 There is no shortage of people who pay the price for admission to this number 1 world Concours d”Elegance. 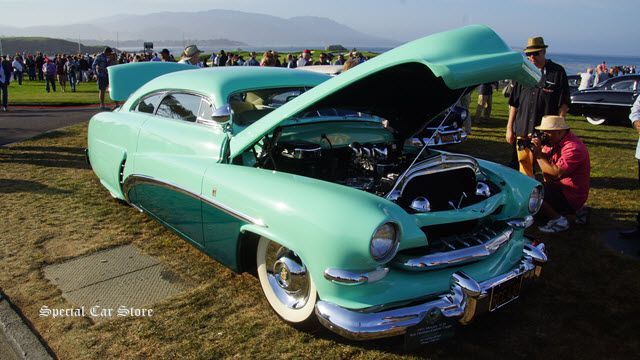 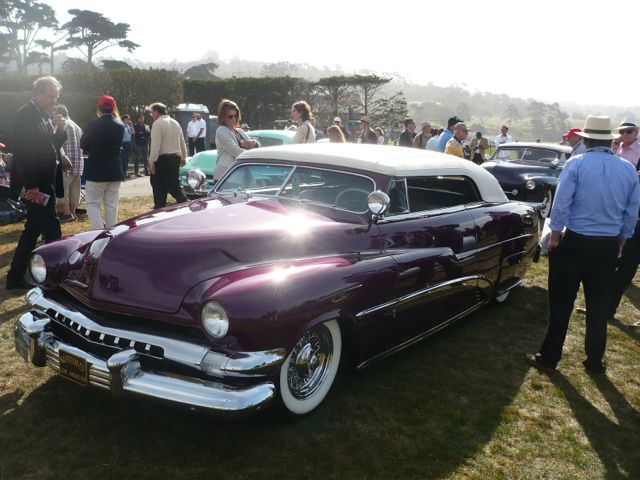 Mercurys have always been a favorite of mine â€” especially the convertibles. 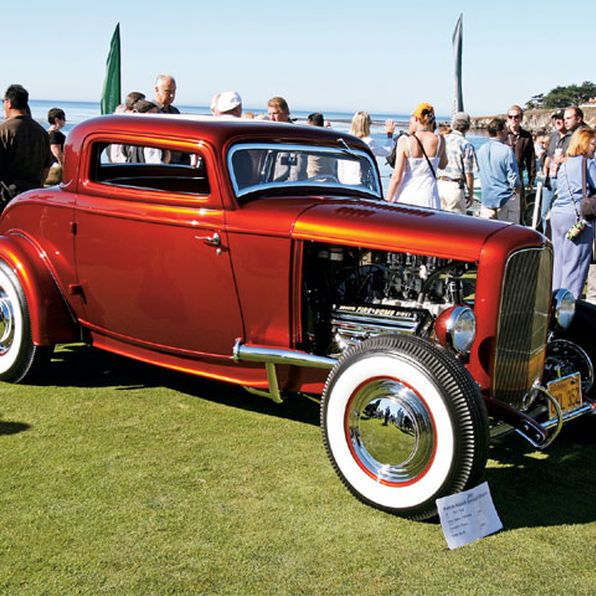 Previous years featured 1932 Fords with some history like Loyd Bakan’s famous coupe which won the award. 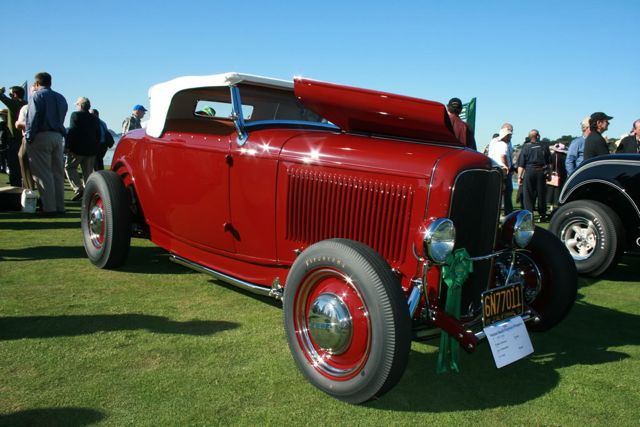 Walker,Â “Mo”, Morrison’s beauty was on the 18th green at PB and has been faithfully restored by Jack Stirneman in St.Louis. 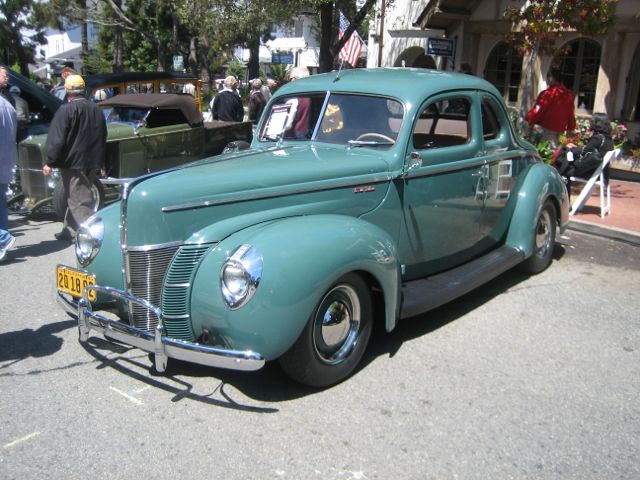 Cars on display in Carmel on Ocean Avenue provide some free opportunities to see some great examples of our loves. 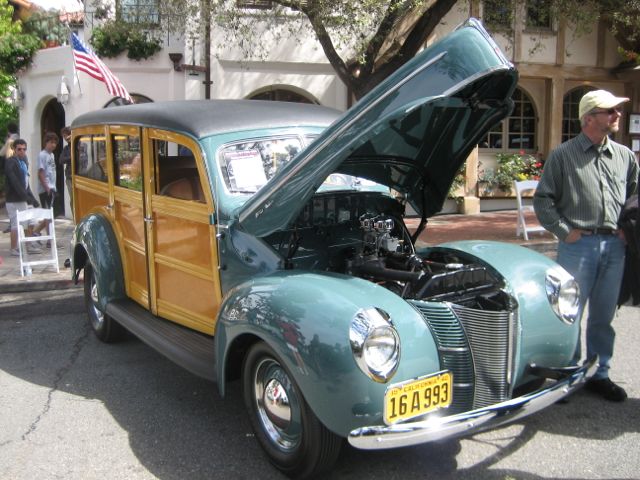 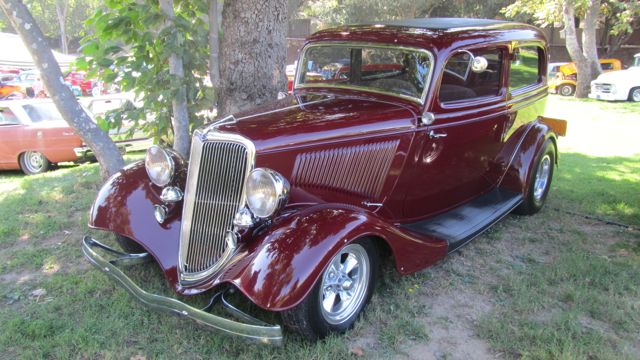 An excellent machinist, Reed Lillard built a beautiful 34 Ford sedan before he left us. 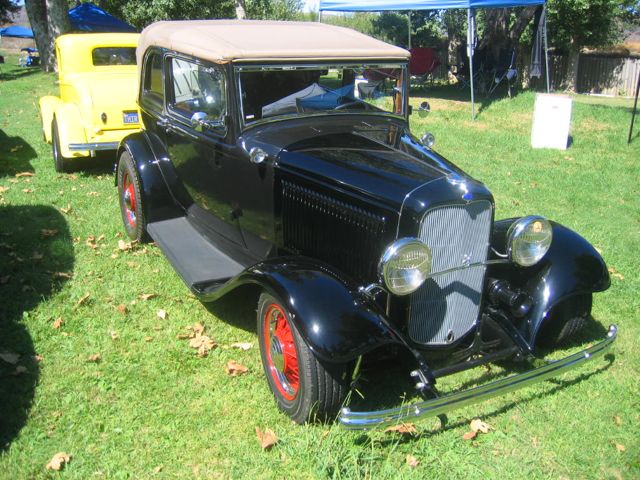 Julian owns some rare Deuces like this B-400 which he drives to the picnic. 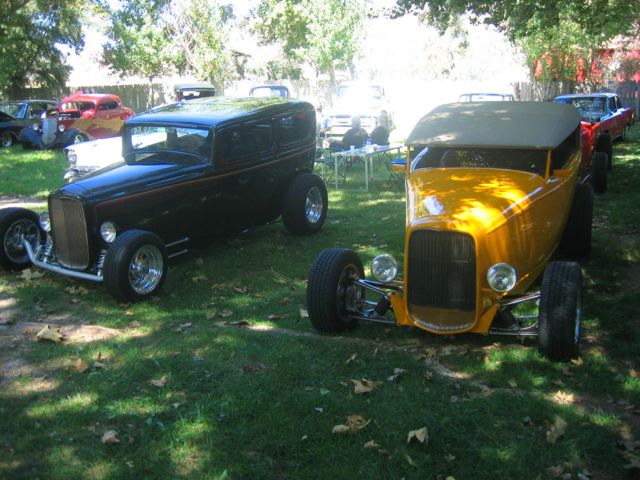 Two famous cars of the Kolmos family are always present at the event. Bob is watching us from above in his new home. 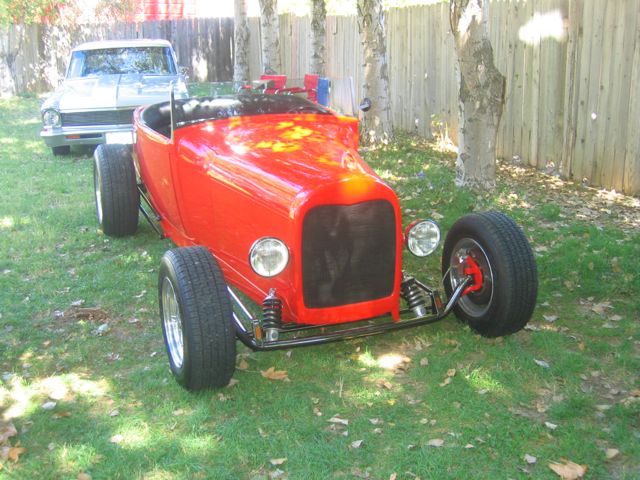 The AMBR of John Corno also shows up for the premier event. 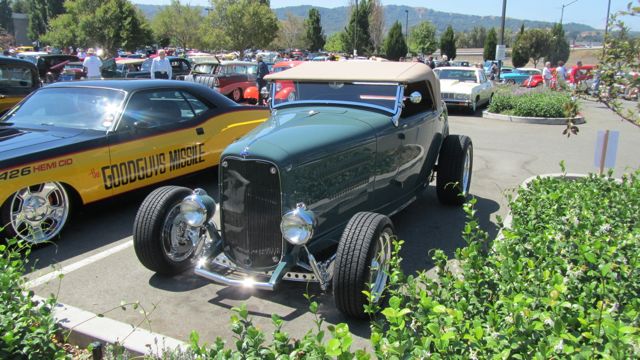 I always cruise the headquarters parking lot of Thursday to see the cars without the crowds. 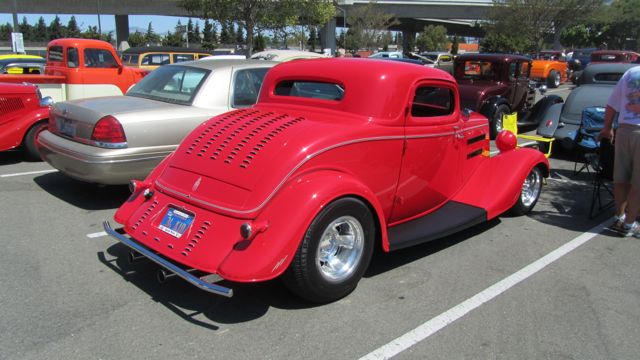 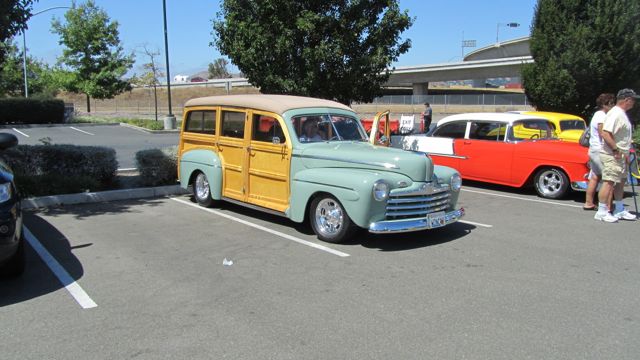 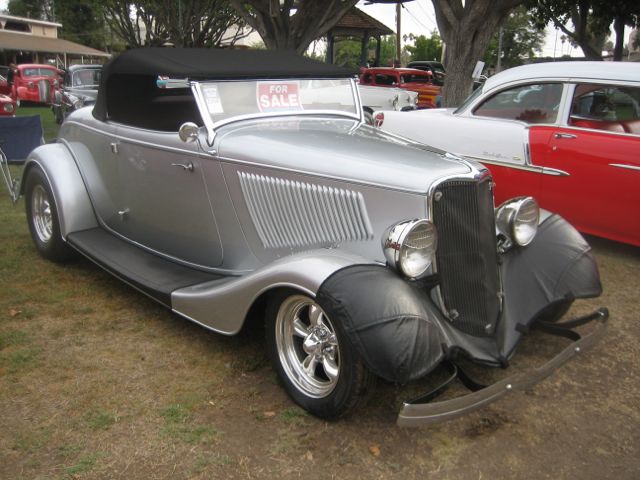 A buy of the century was this Brizio built 33 roadster for $45K. 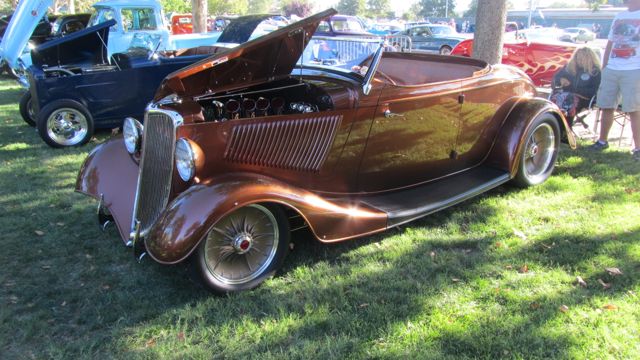 A GG’s winner was this stunning 33 roadster on display on the grass. 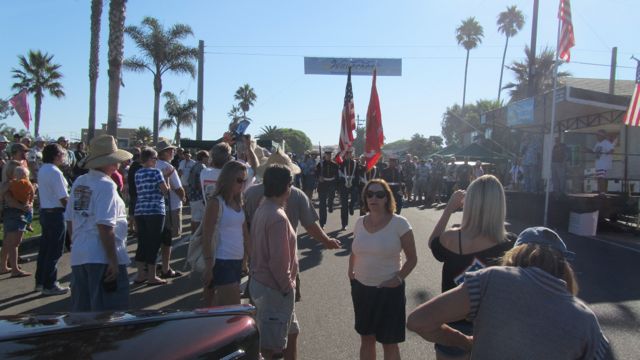 Crowds are heavy at this very popular event for Woody lovers. 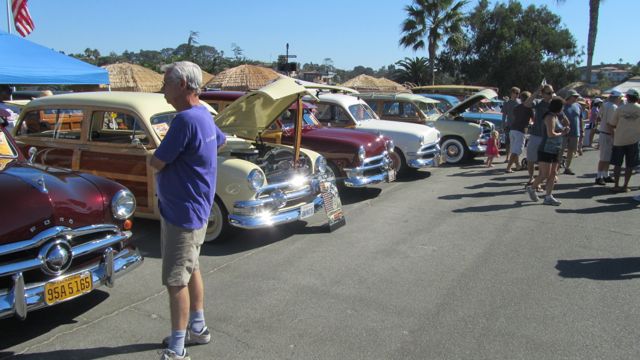 Shoebox Woodies are very popular and less expensive than the early Woodies. 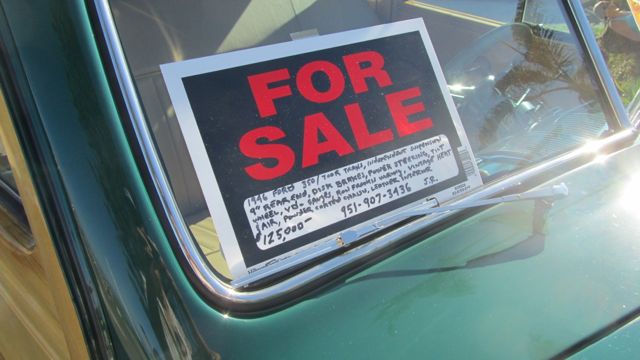 Here is a photo from 2012 which shows what they were selling for then. A new story today as the market continues to slide for the wooden cars. 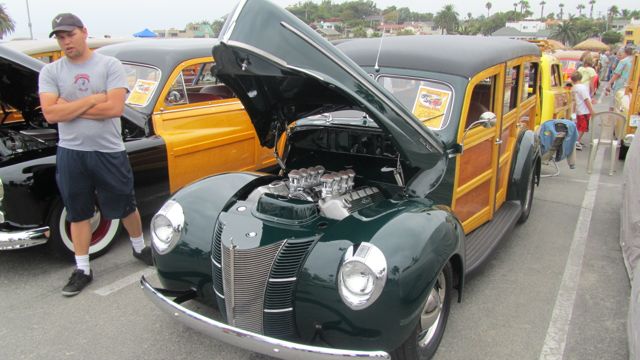 A Wheeler built $40 woody was a knockout at the show. Lots of details in this build. 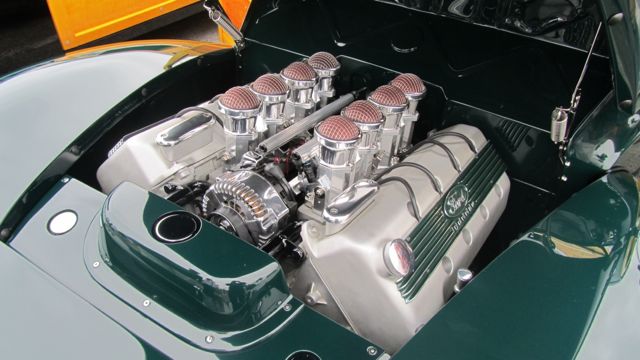 Jim loved this motor and is having Ryan build him a show stopper also. 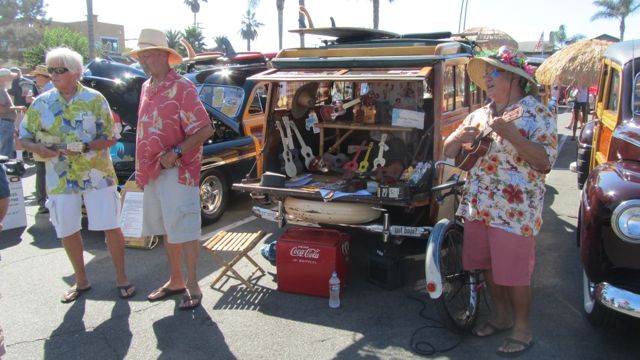 This fellow makes everyone feel in the Jimmy Buffet mood.