The “Back Road Boys” headed out to Summerland/Santa Barbara for our second outing of the year. Sixteen cars were in our road trip as we headed out on our adventure with Dick leading us through the scenic back roads of Ventura and Santa Barbara counties. We were doing fine until we became separated due to some road construction and some quick turns by our leader. He waited â€” but several cars that started with us did not show up. This is not unusual but after 10 minutes I received a call from Walt and they had missed the turn off. He knew the final destination and headed on his way. Several others met us on the other side of the mountains. We stopped for the “required break” at the park and some photos. Soon we were back on the road winding up and down the mountains slowing for a Santa Barbara bicycle race that was using the same roads. Â We drove around the beautiful Lake Casitas Â and entered into the high end homes section of Montecito. Jane and I were in new territory and really enjoyed looking at the walled homes on acres of land overlooking the blue Pacific. We finally arrived at the Beach Cafe were Walt and Lorraine were waiting for us in our reserved section on the front patio.

The weather was on the cool side so jackets were required for our luncheon. Our group has been together for many years but we always enjoy newcomers. And they joined in our lunch camaraderie. The Beach Cafe has been in operation since 1893 and is an old Victoria home on the 101 highway. They offer excellent food and service along with the best breakfast in Santa Barbara. They serve breakfast all day long which makes it nice for our group. After all of us checked our phones, (Isn’t that something!) we had a delightful lunch. Some of the group headed back to LA and the remaining cars took a side trip to Fosters for some delicious ice cream. Now we are really full and ready for the drive home down our favorite part of highway 101 following the Pacific coastline with its blue water and white caps rolling against the shore. If this doesn’t put you in a good mood you are simply not a California person.

I thank all of you for your attendance and look foreword to our next trip which will be in July and someplace new on the “Back Roads!”

As Keith Urban sings â€” “Ain’t it funny how the best days of my life was all that Wasted Time!” 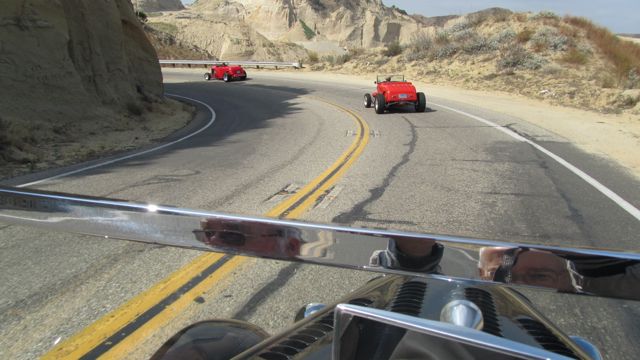 So far, so good, Â winding through the Grimes Canyon back roads. 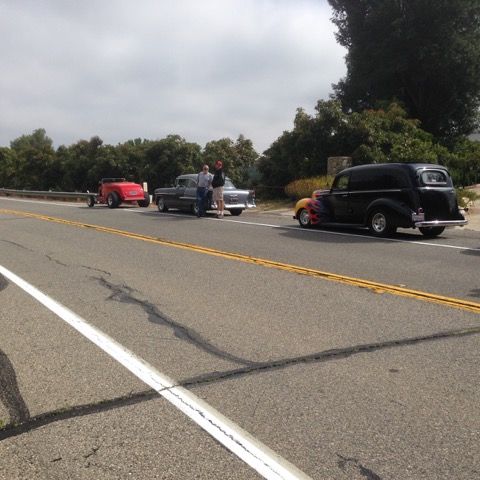 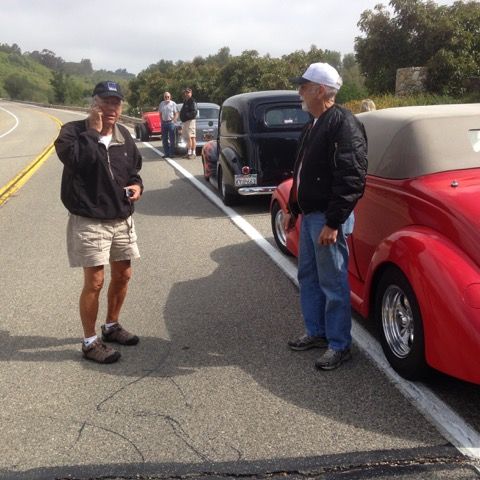 The organizer and leader talking it over â€” where did they go? 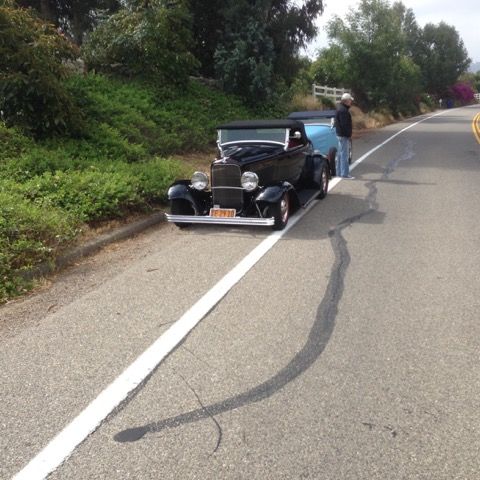 No, Frank did not break down again. Nigel is looking to see â€” where are the others? 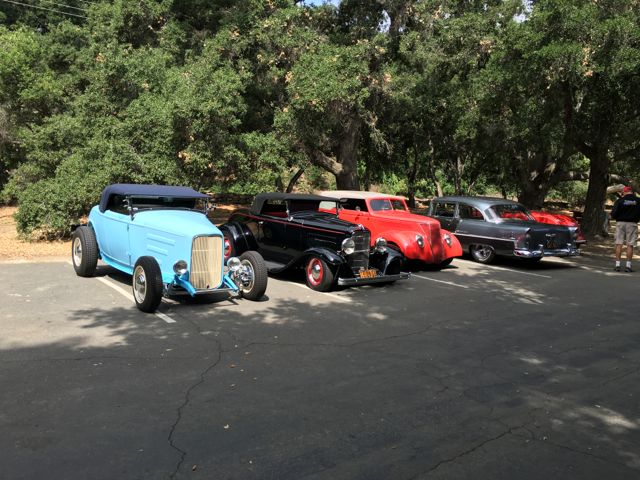 The Deuce guys seem to stick together at the “rest stop” wonder why! 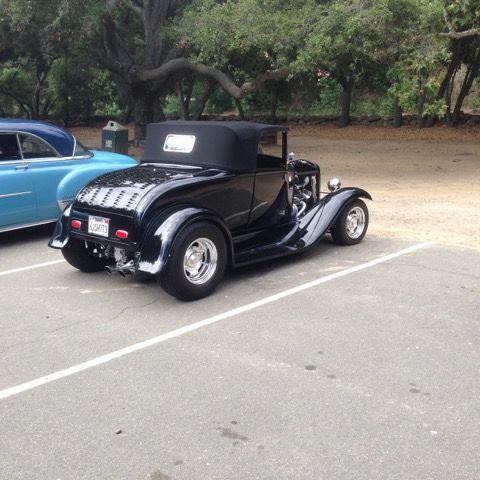 Bob and his daughter had a great day in his “back on the road again” roadster. He has a new top. 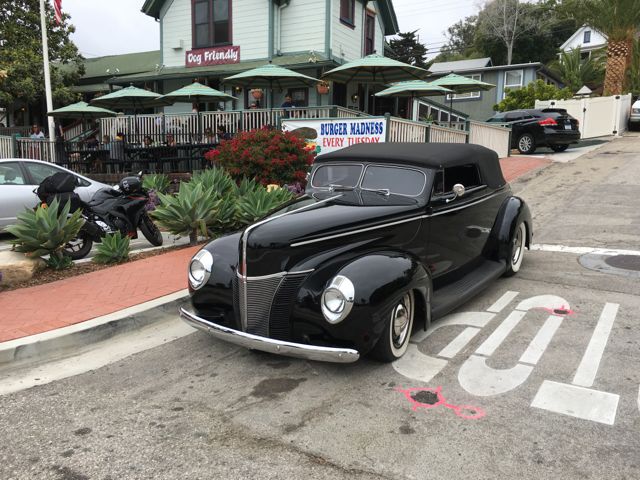 The place was packed and Dave found the Power Parker spot. 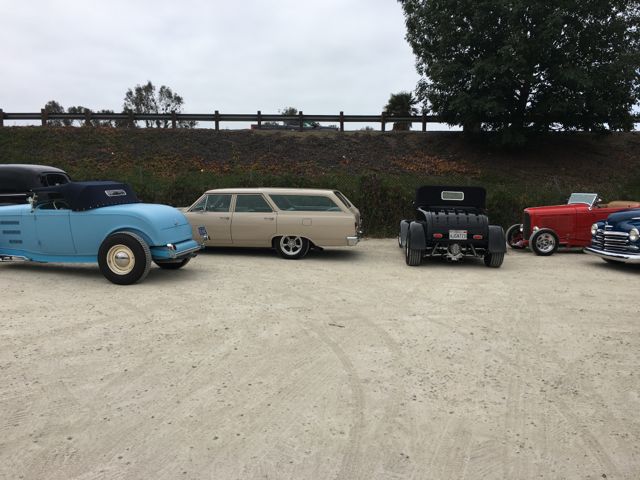 The lot was full so we double parked and drew a crowd while we were there. 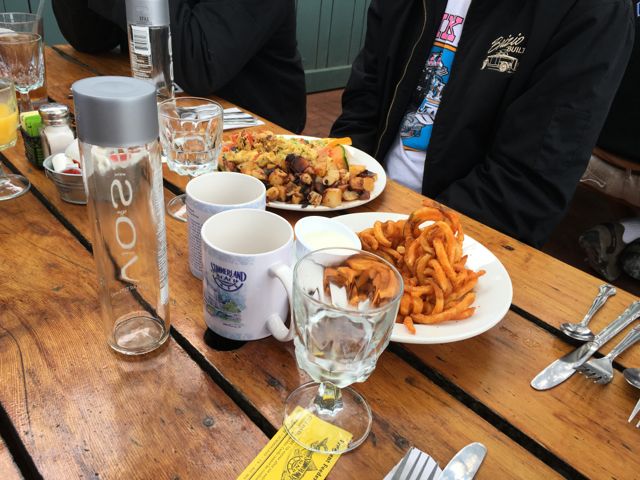 As mentioned, the breakfast menu is super and this is the diet plate. I hid the faces but the Brizio jacket may give you a hint. 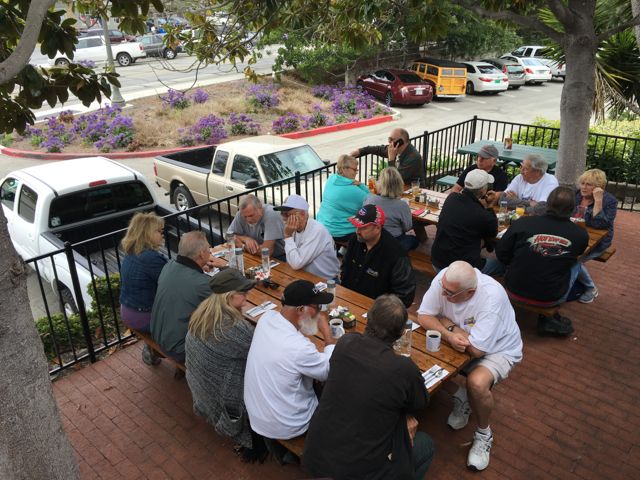 The group on the patio with Walt on the phone checking to see if his Woody (Ruby in the background) was safe. 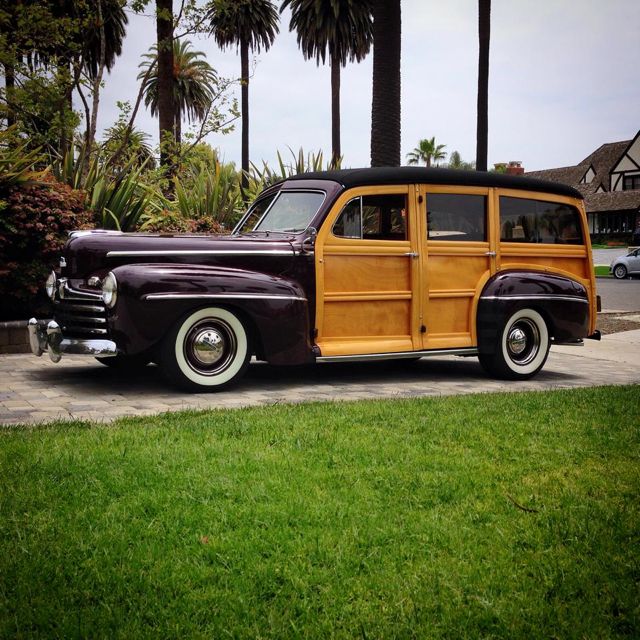 Here is a better look at Walt’s Ruby which is for sale. See For Sale section. 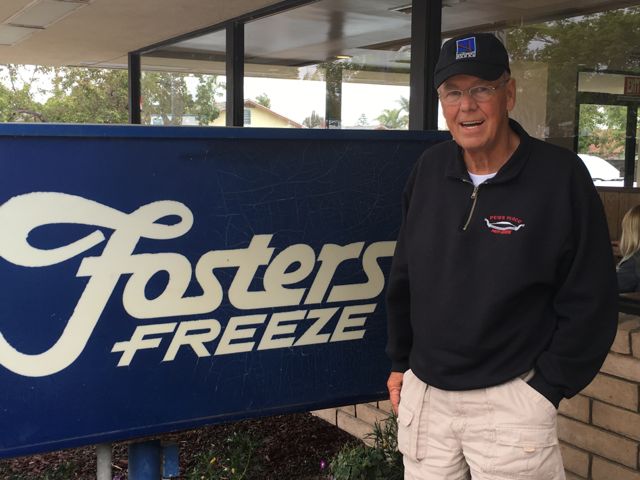 Don we did this for you â€” Fosters Freeze has the best Chocolate Malts for us old guys. 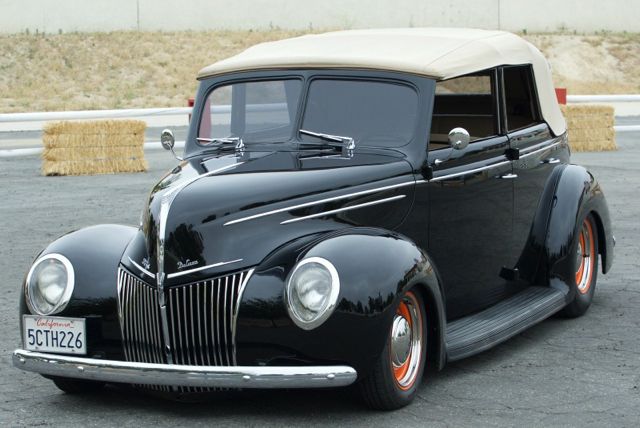 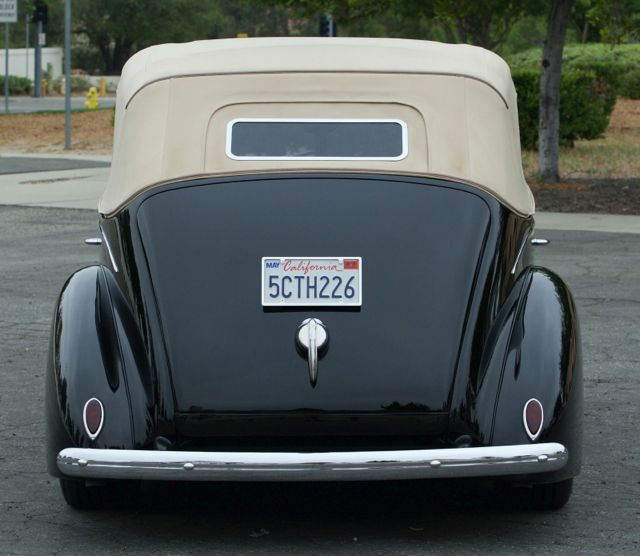 The rounded rear upper deck corners are unique to the model. 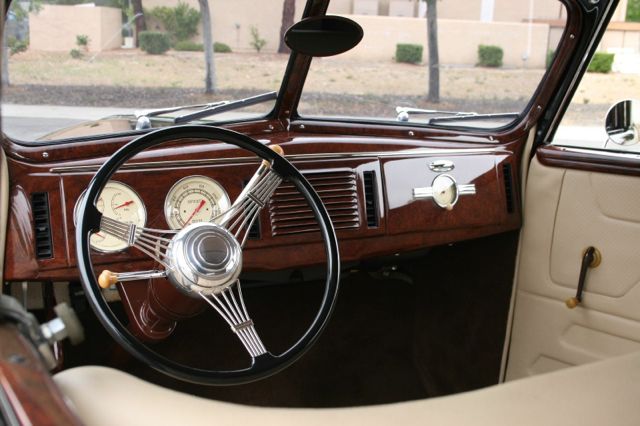 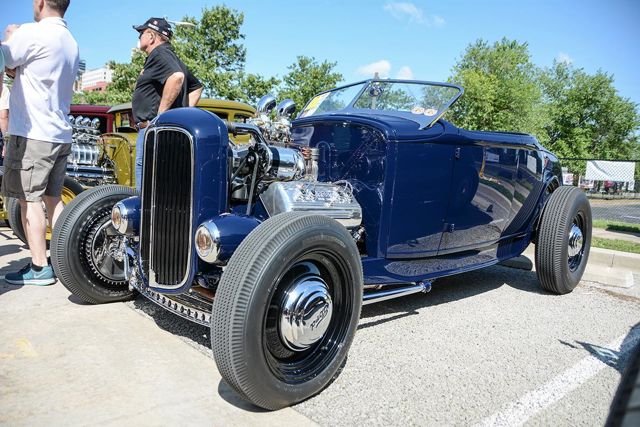 Goodguy’s Hot Rod of the Year.