The other big show starting off the year is the Detroit Autorama, which for 65 years has been the King of Car Shows. Hosted by the Michigan Hot Rod Associaton and produced by Championship Auto Shows it attracts different entries from the AMBR show and features the coveted Ridler Award. GM Performance Parts has been the sponsor for the Ridler award for many years. Years ago, they started naming the “Great Eight” selection for the Ridler winner on Sunday night. The eight finalist are always top notch cars and make winning the Ridler very competitive. I’m a roadster guy so I prefer the GNRS, but I think the Ridler Award Â is probably the most prestigious of the two. Some builders have won both for their clients. A tough task!

I attended this show while working with GM and really enjoyed seeing all the builds of various makes and models. Again, being a Ford man working at GM, I had to be careful and supporting the GM models in contention. Wes Rydell, a notable Chevrolet dealer and Hot Rodder, builds Chevrolets that Â win both the AMBR and Riddler. Boyd had entries in both shows but never won the Ridler. My friend Tom Walsh built the “Seduced” to compete in both shows but only won the AMBR. If you were to look up Â the Ridler Award you would find the following:

“Today, it emphasizes creativity, engineering and quality workmanship. Anyone building a vehicle for Ridler competition should post these words on their garage wall. The vehicle that best represents those three areas will win the Ridler Award.” 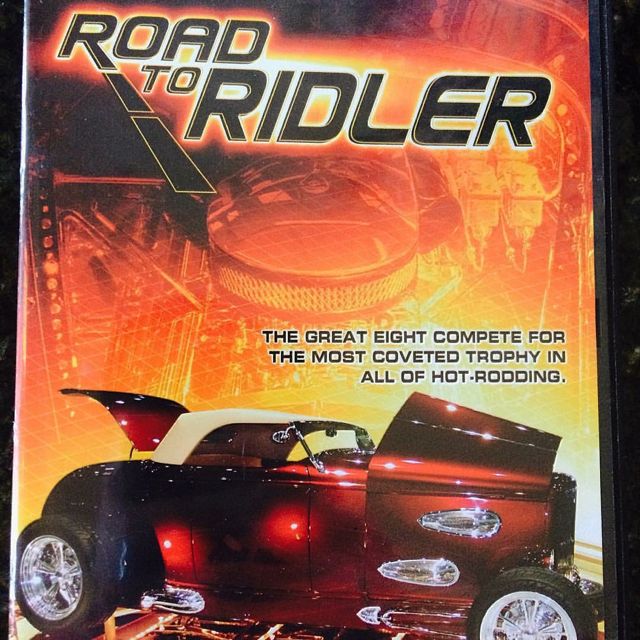 The 2017 Winner of the Ridler AwardÂ 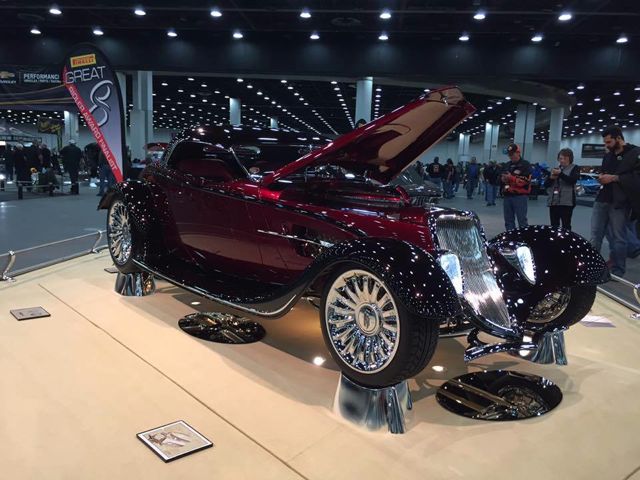 SAR built this Ridler winner for Buddy Jordan and it finished number one in the Great Eight contenders.

Congratulations to the Team for winning the highly coveted Ridler Award. 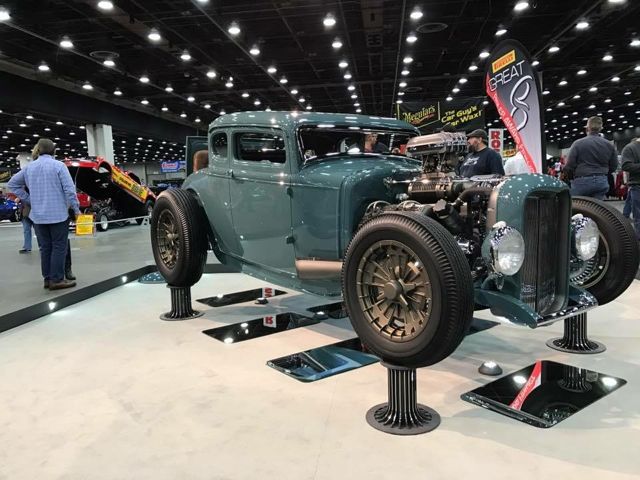 Built by Andy Leach’s Cal Automotive Creations for Ted and Colleen Hubbard this Model-A was a favorite also. 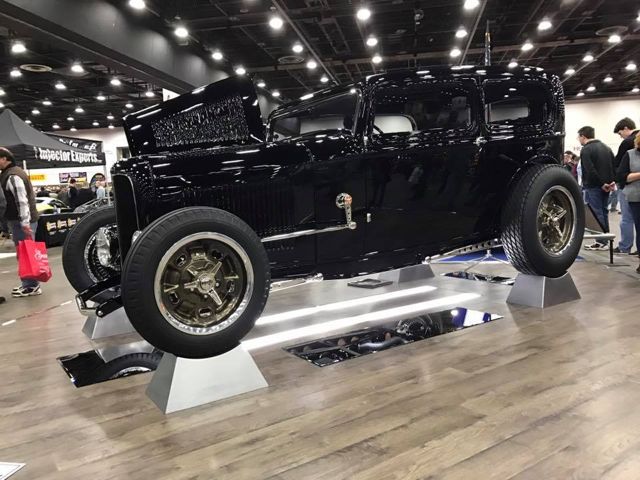 My first choice was Poteet’s Deuce sedan built by JHRS. The chop is perfect. 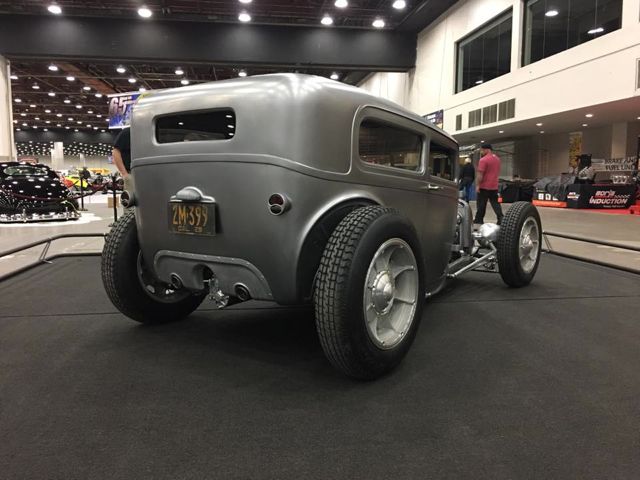 Troy had this Marianna creation at the AMBRS and it is a masterpiece in craftsmanship. 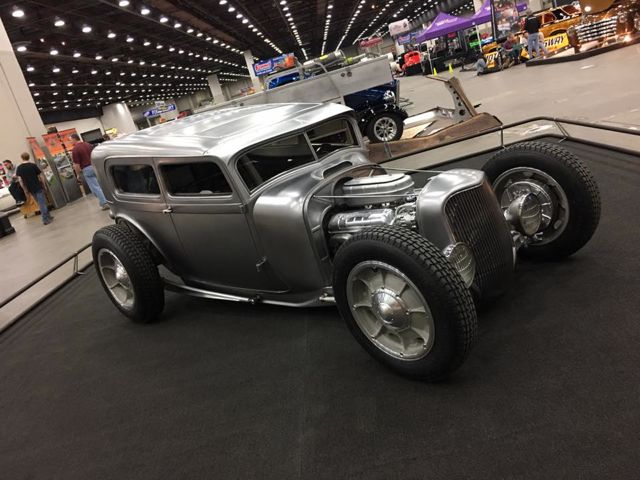 So many modifications to the body that is hard to tell what has been done. 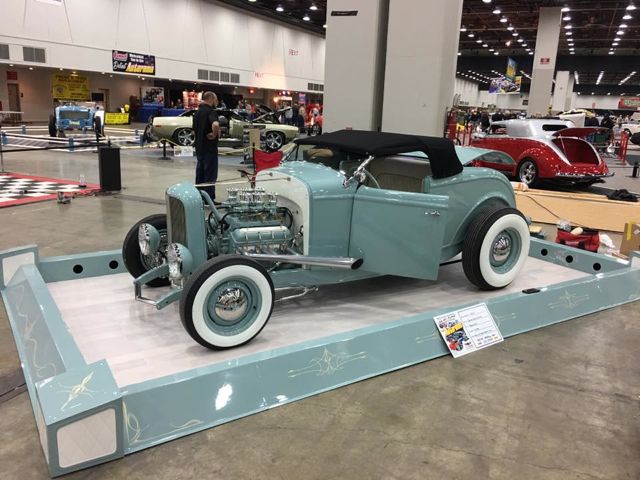 Yes, the lack of birth control pills for Deuce hiboys allowed for some beautiful examples at the Autorama. 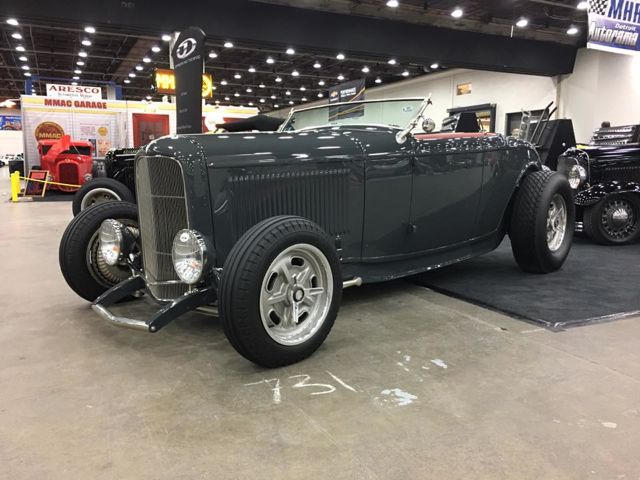 JHRS had one of my favorite of their builds. The color really fits this build. 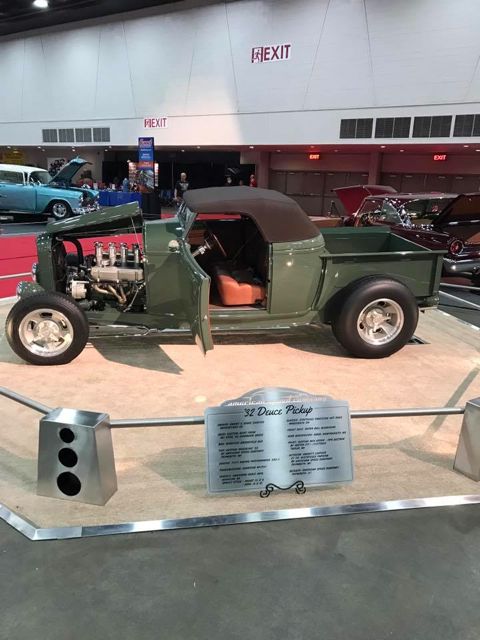 I liked this RPU in the hiboy form. 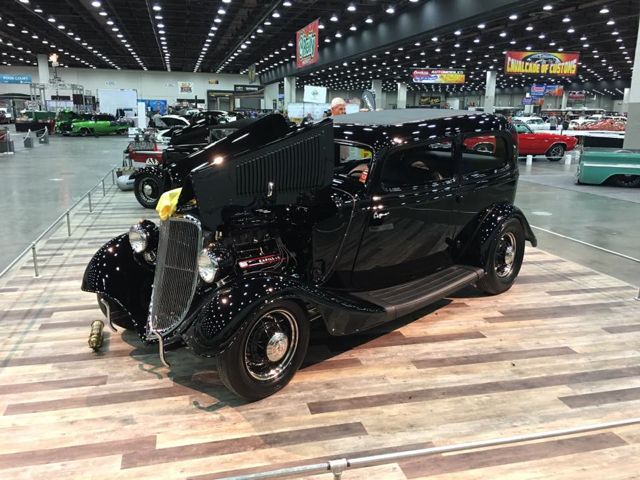 The 33 sedan will always be on my list for beauty. 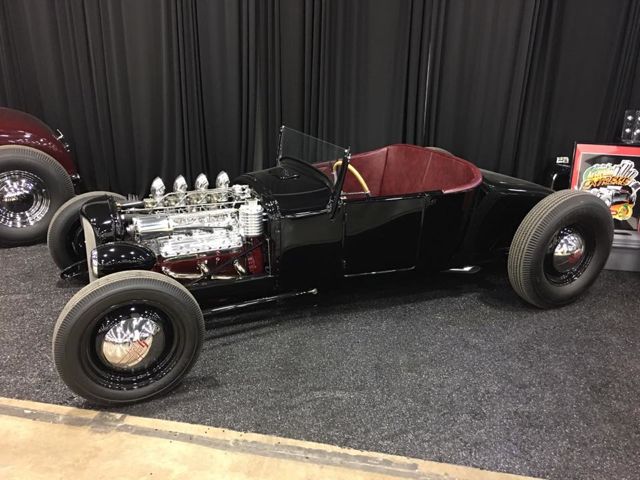 The little T was a show stopper in its simple but elegant form. 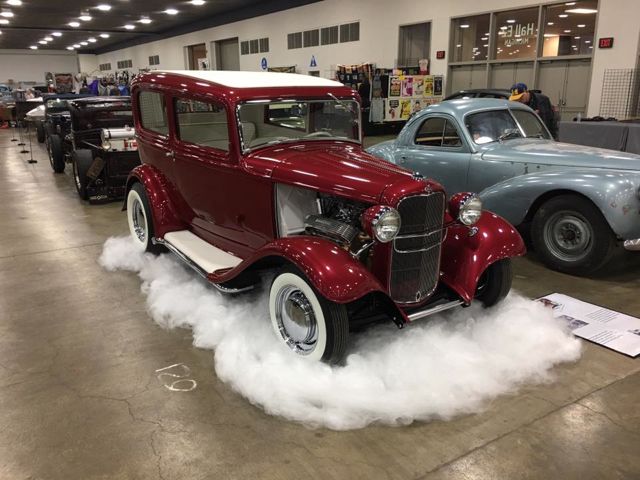 The Basement had some neat displays complete with Angel Hair from the 60’s. 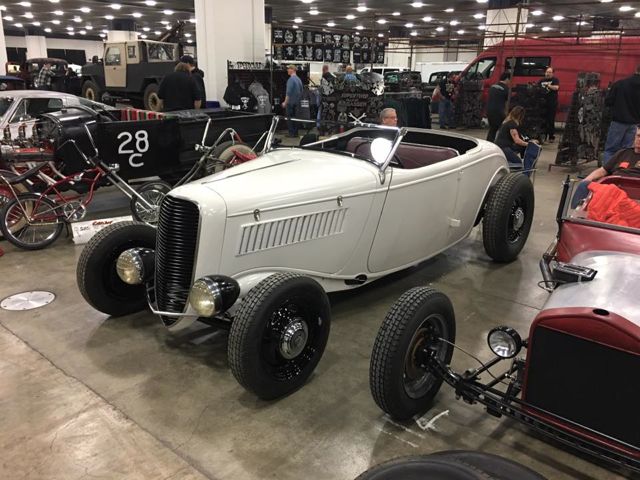 From the HAMB this builder made it to the show. 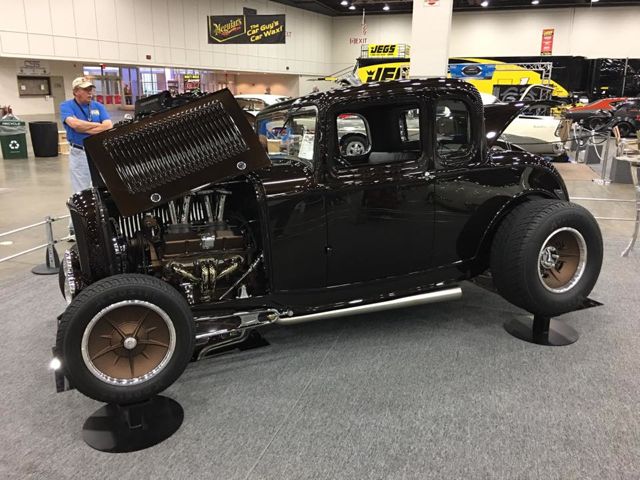 High End Hot Rods are everywhere at the Autorama. 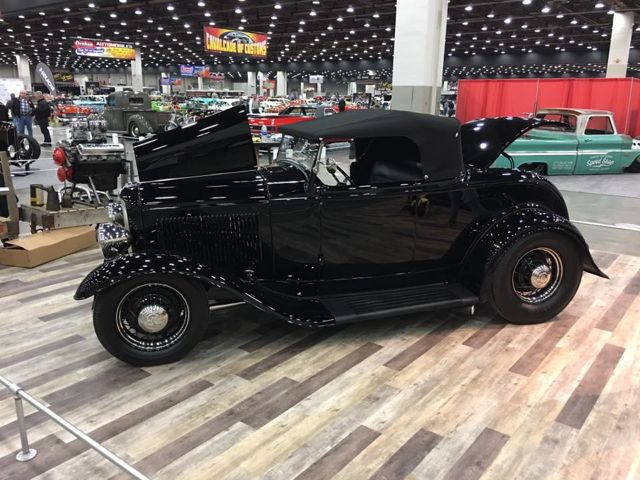 I guess it’s my age I can’t seem to get enough of the Deuce. All black always does it for me. 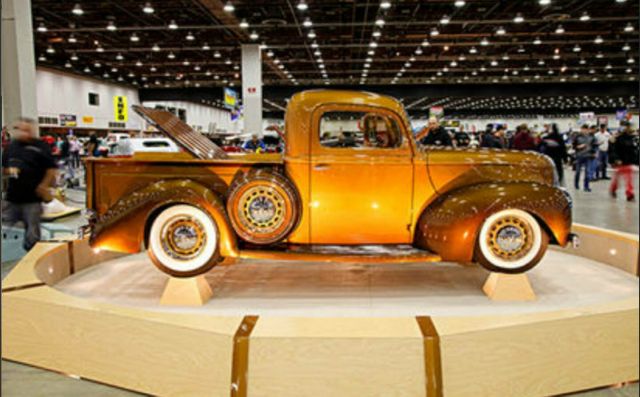 Â A very nice 40 pickup was over the top for a truck build. Outstanding execution of one of Ford’s favorite trucks. 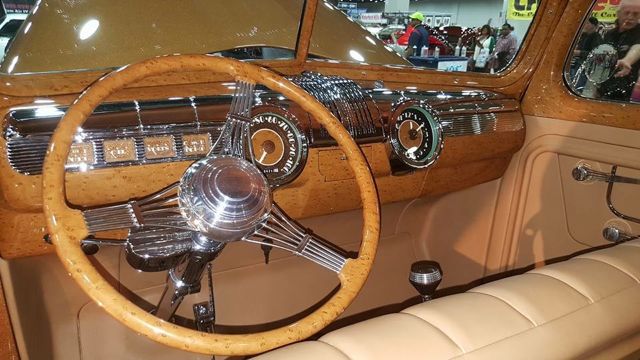 The 46-48 Dash was a different touch that looks fabulous. 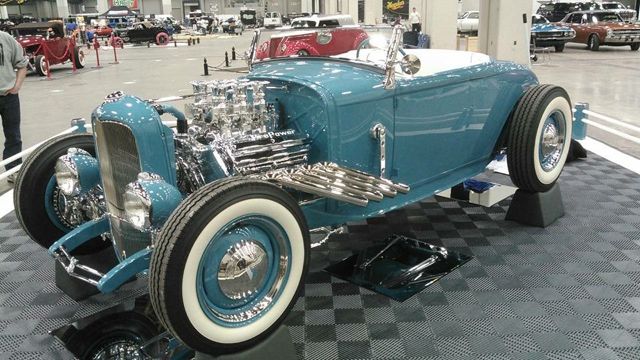 A cute roadster with a Hemi and lots of details. Love the color!! 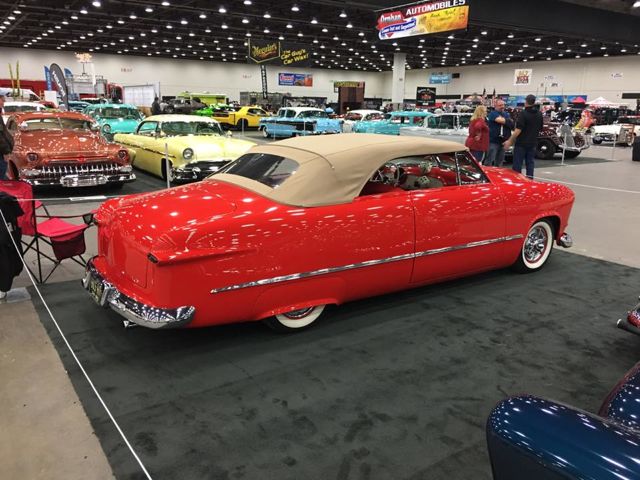 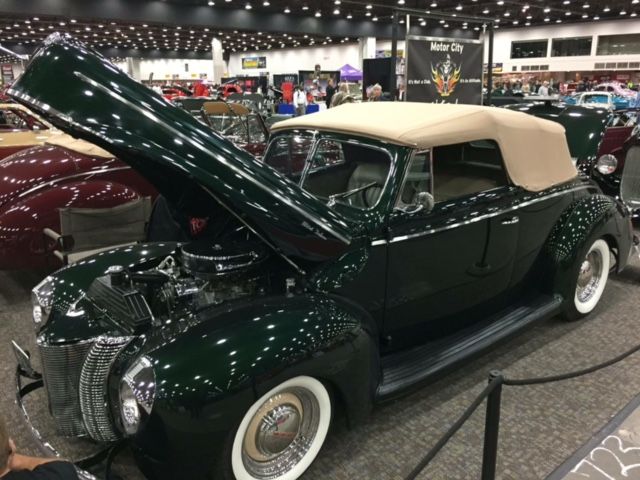 I am growing more found of the Forty ragtop as I see these photos. Last Time buyer Hot Rod for me. 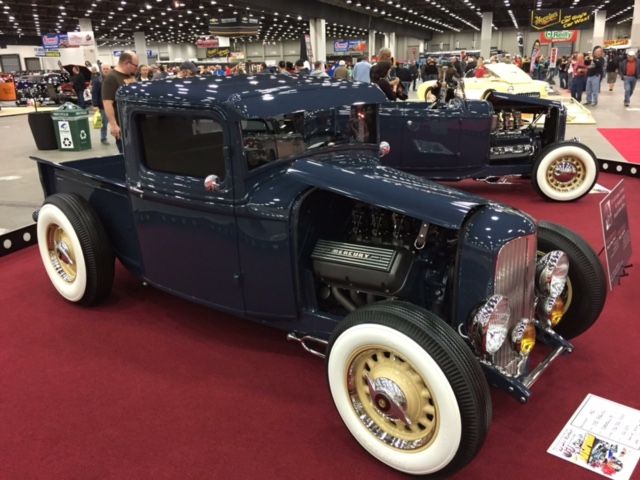