Our group met up on the 101 heading to Solvang and the 46th annual Nojoqui Falls run. The weather couldn’t have been more perfect for the event. Located on the outskirts of scenic Solvang in a park with lots of trees, parking spaces and surrounded by mountains. We all arrived without any problems and proceeded to enjoy the day looking at the quantity and quality of cars that showed up.

I took lots of photos and talked to several people about their tops and how they were mounted. I learned a lot from one fellow who built his own frame-work which was similar to mine. He helped with the eyebrow bending portion which has been giving me a hard time. I also spent some time talking to another participant who was restoring a 1940 Woodie Wagon. The car was all original wood which he was stripping and restoring. Another interesting car was a 33 Ford Phaeton from England. He explained the right hand drive and the differences between his and an American built Phaeton. The day was filled with lots of information to store away in my mind.The drive home was hectic with typical Sunday traffic in Santa Barbara and Ventura. Two wrecks required us to abandon 101 and hit the back roads to keep Pepe from overheating in the stopped traffic.

The Central Coast Street Rodder’s did an outstanding job of getting everyone parked, feed and awarded their prize money from the 50/50 drawing. Jane and I will be back next year to enjoy this one day event in beautiful Solvang. 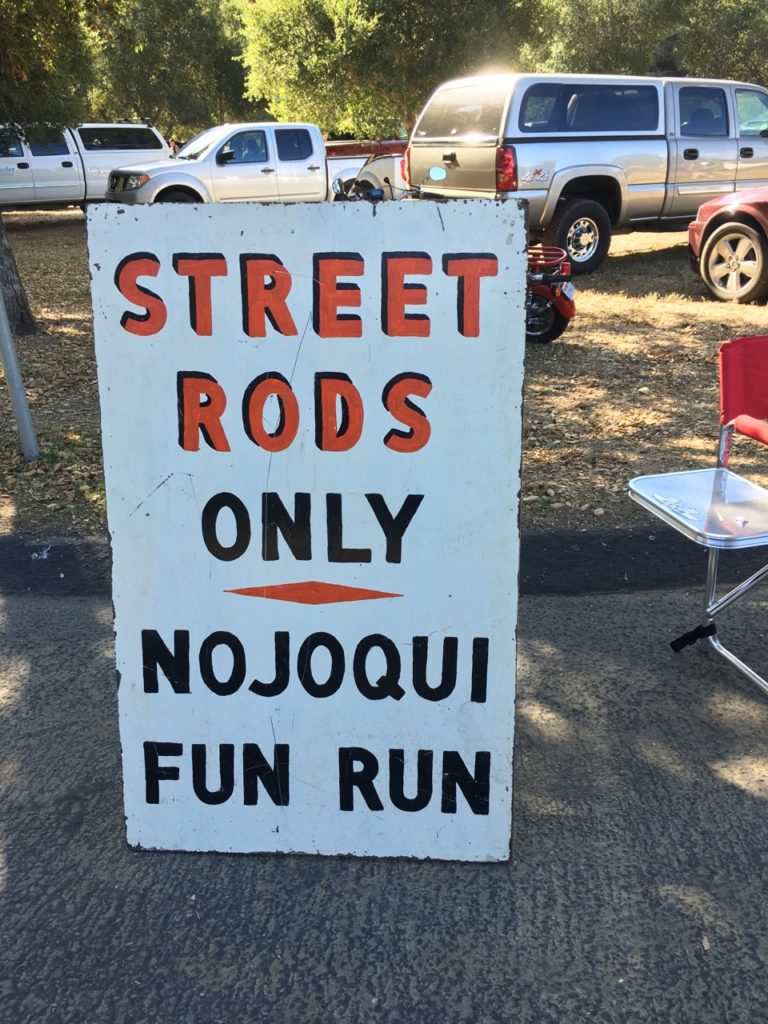 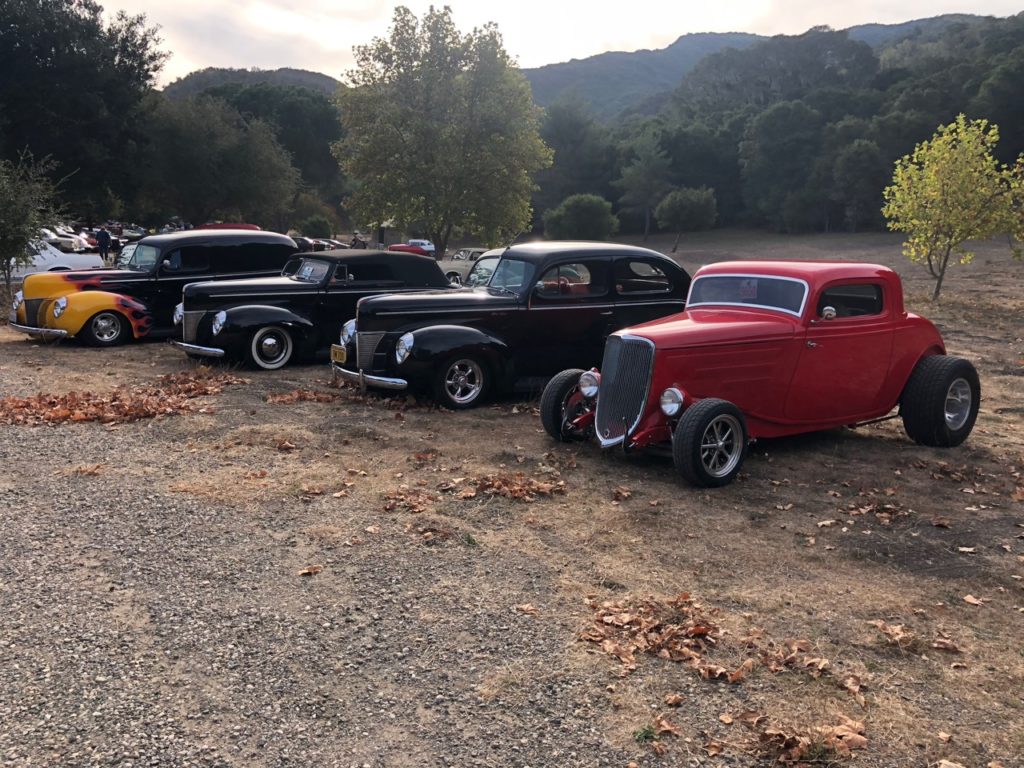 The Black Friday group was joined by Dan in his orange 34 coupe. 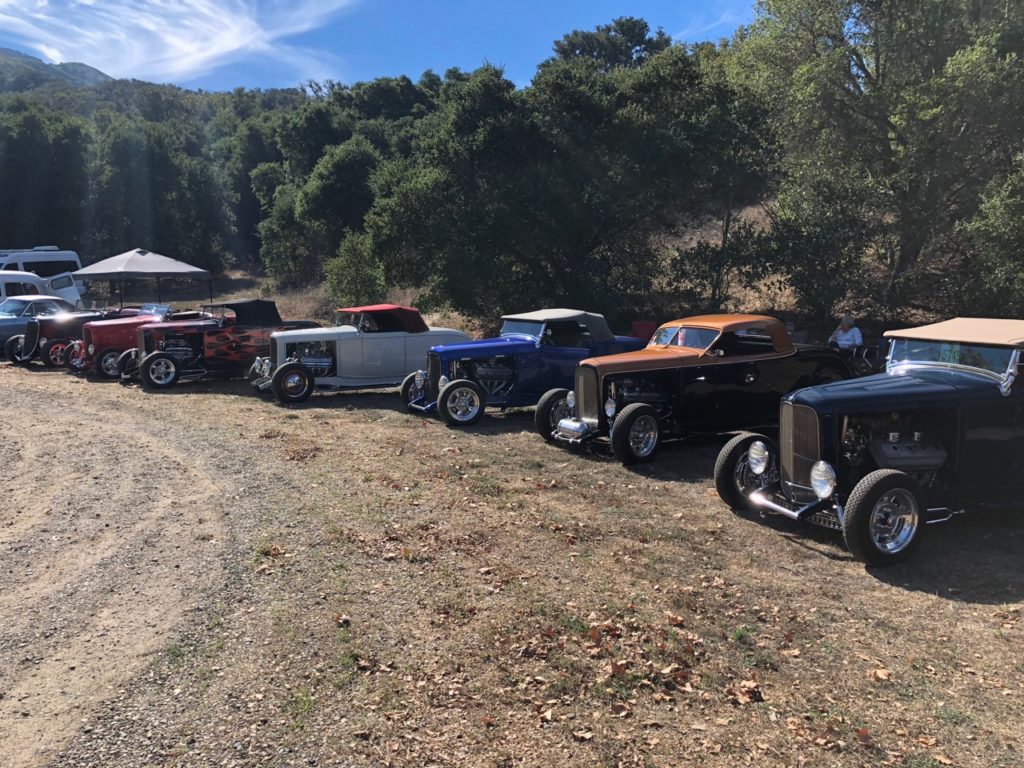 Roadsters were out in force on this beautiful fall day. This is just one group that came rolling in to the show. 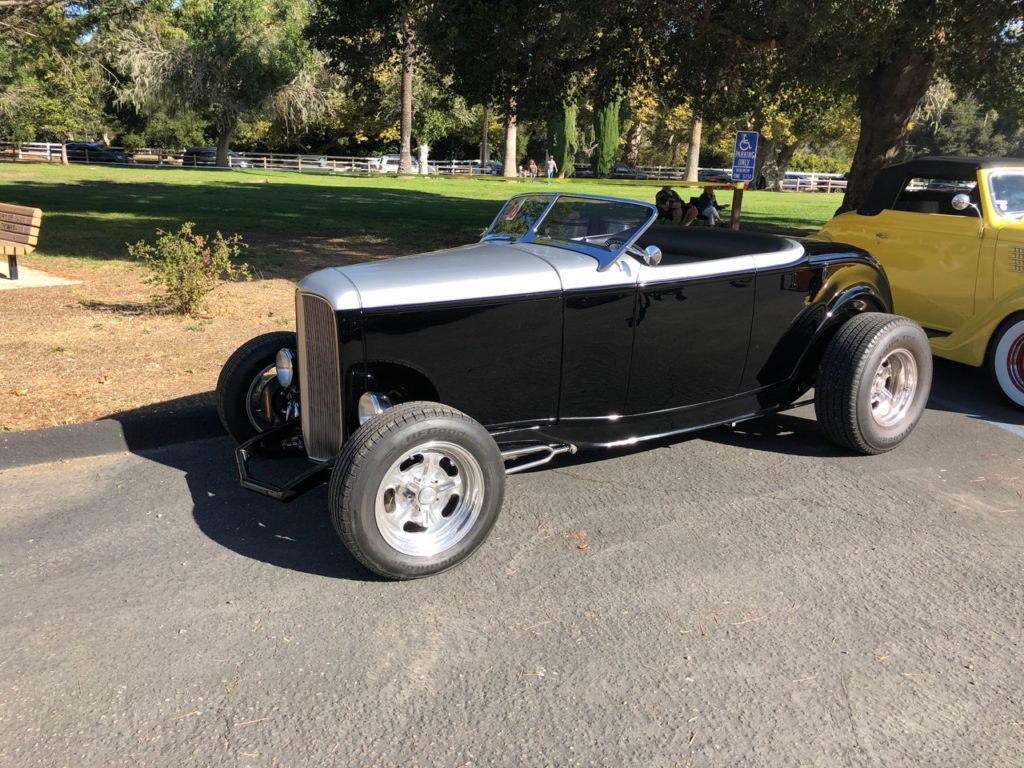 An old acquaintance of mine from Boyds, Chip just purchased this nice hiboy roadster. 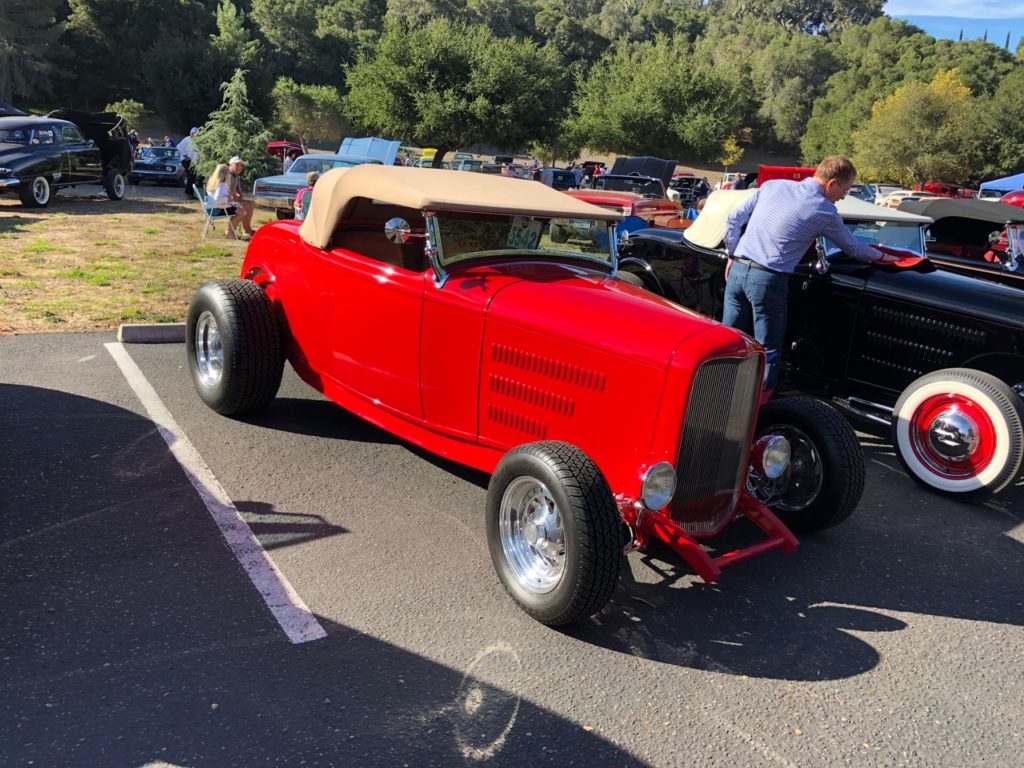 Steve had his son drive out in his red roadster with the Boyd chassis. Ken is keeping his Brizio roadster clean every hour. 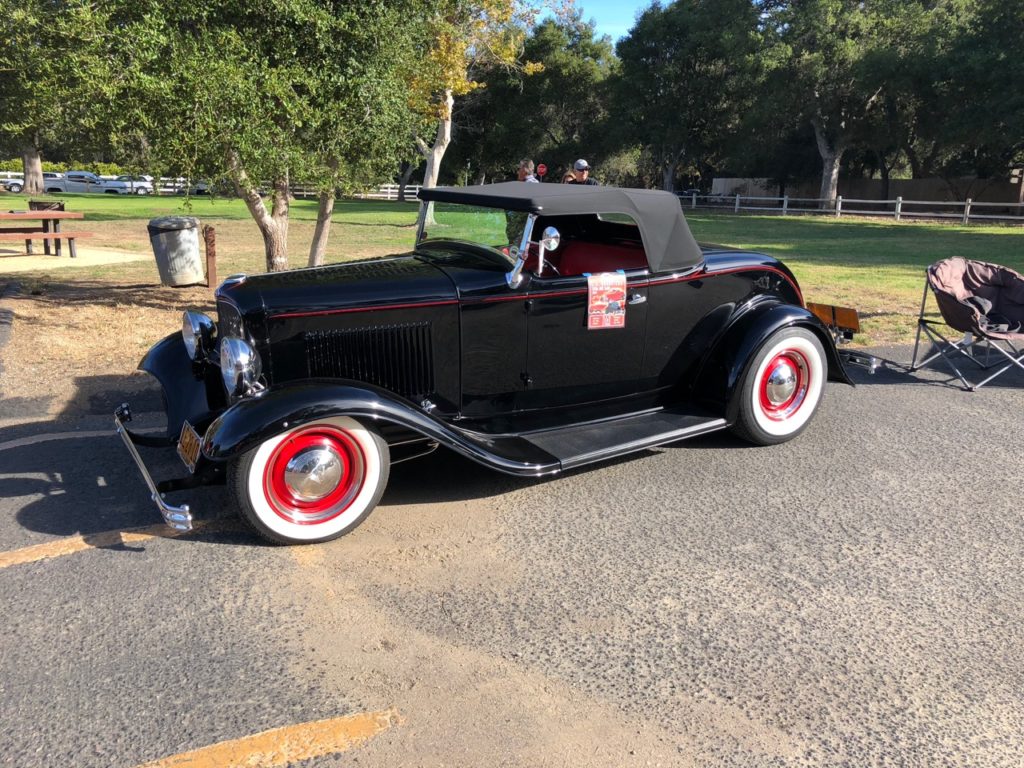 Frank and Ken from the LA Roadsters were handing out the flyers for the 2109 event. Frank’s roadster is really nice. 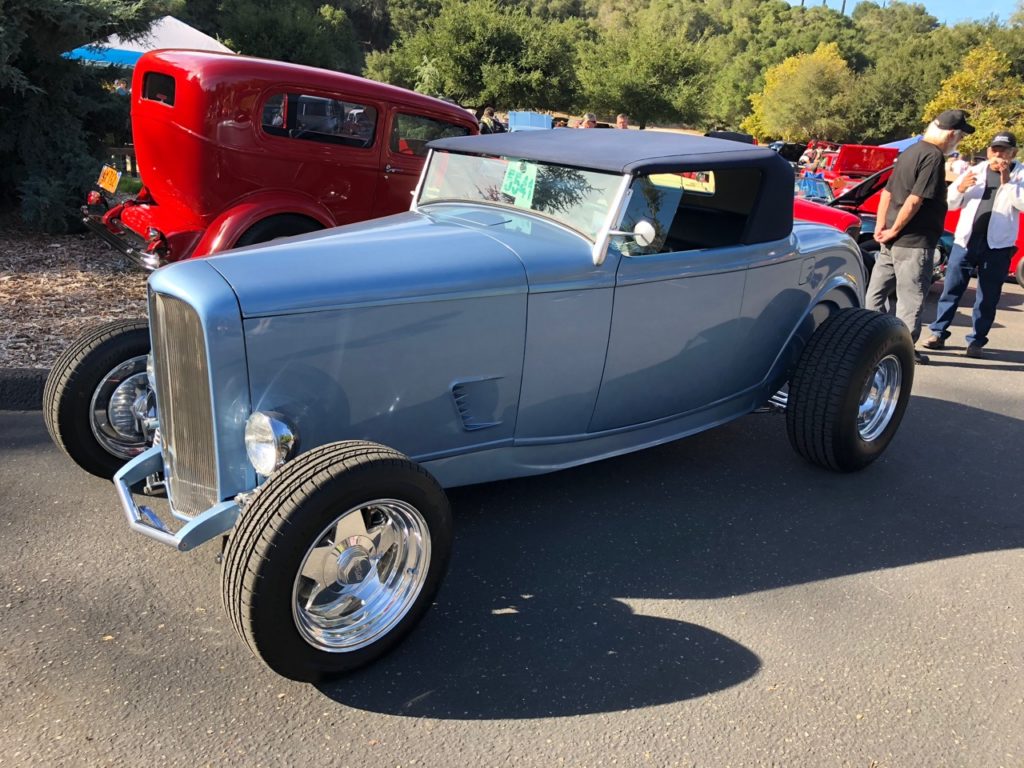 Steve just acquired this Magoo built roadster to add to his stable of Hot Rods. Car was built in the 80’s like Poppy. 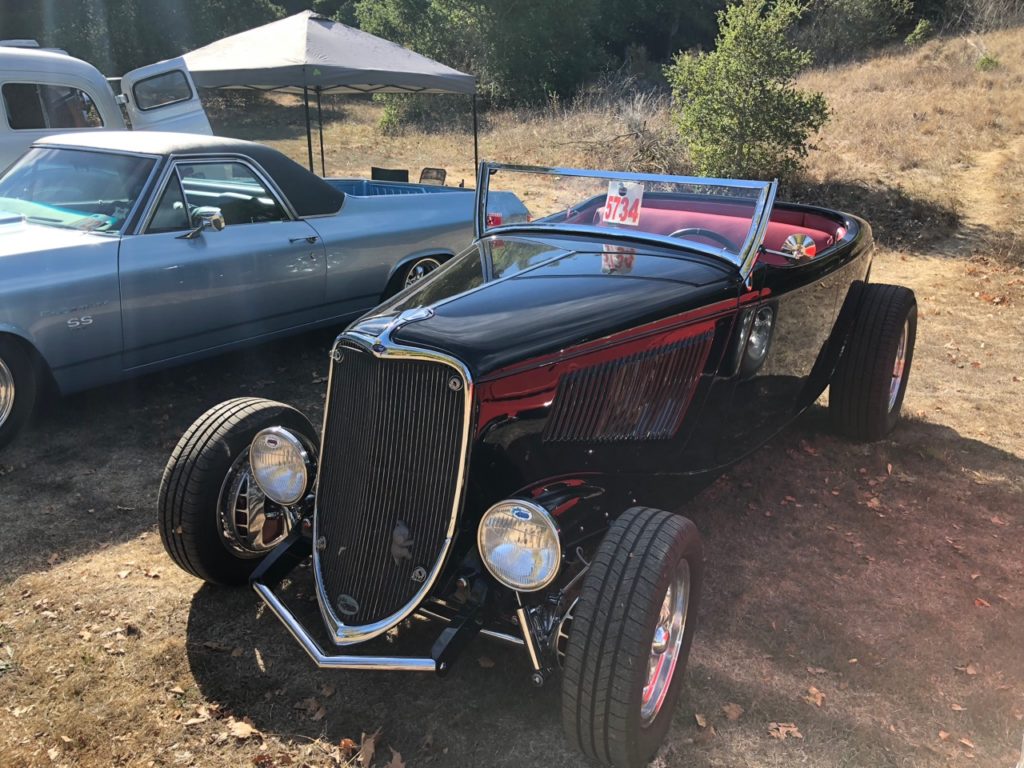 Louie Mayall was driving his late father’s 33 roadster. He works for NSRA as the official photographer. 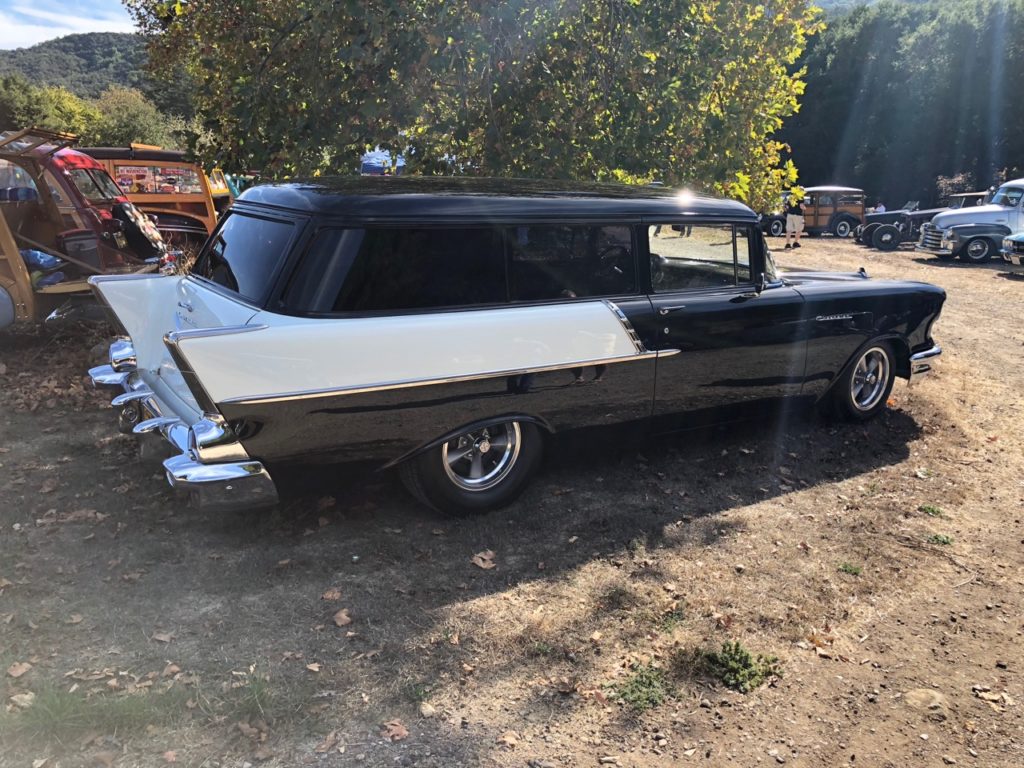 We have lots of newer models at car shows today and I loved this 57 tudor wagon done in black and white. 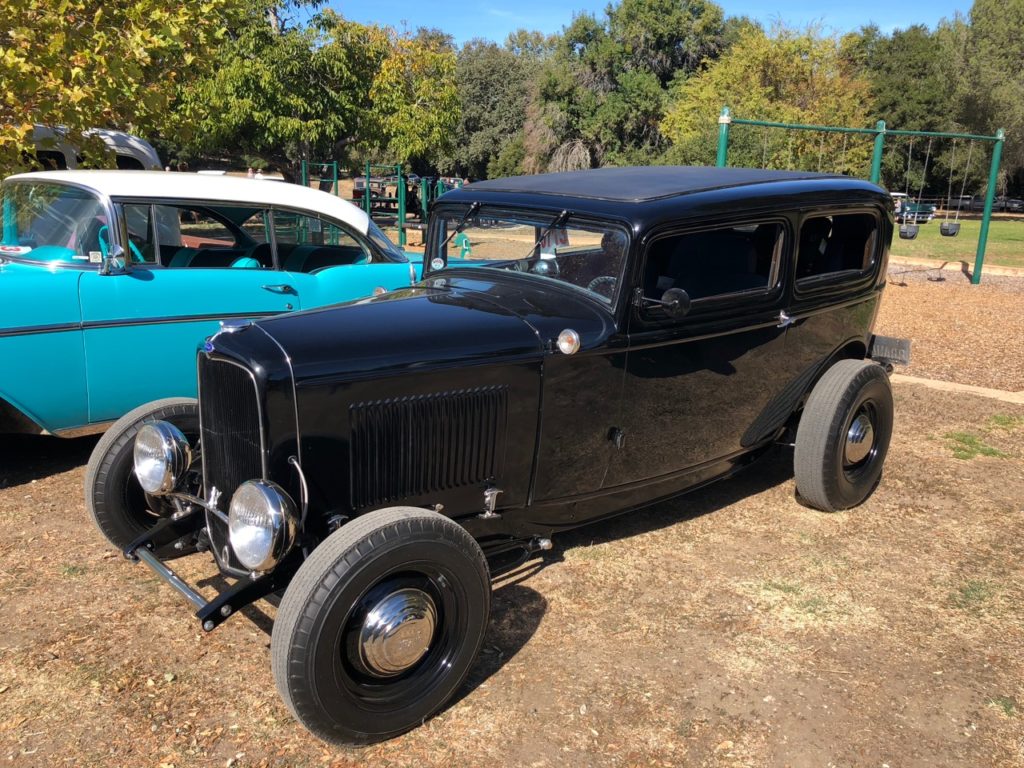 A young man showed up in the perfectly chopped sedan. He told me it was chopped 3″. 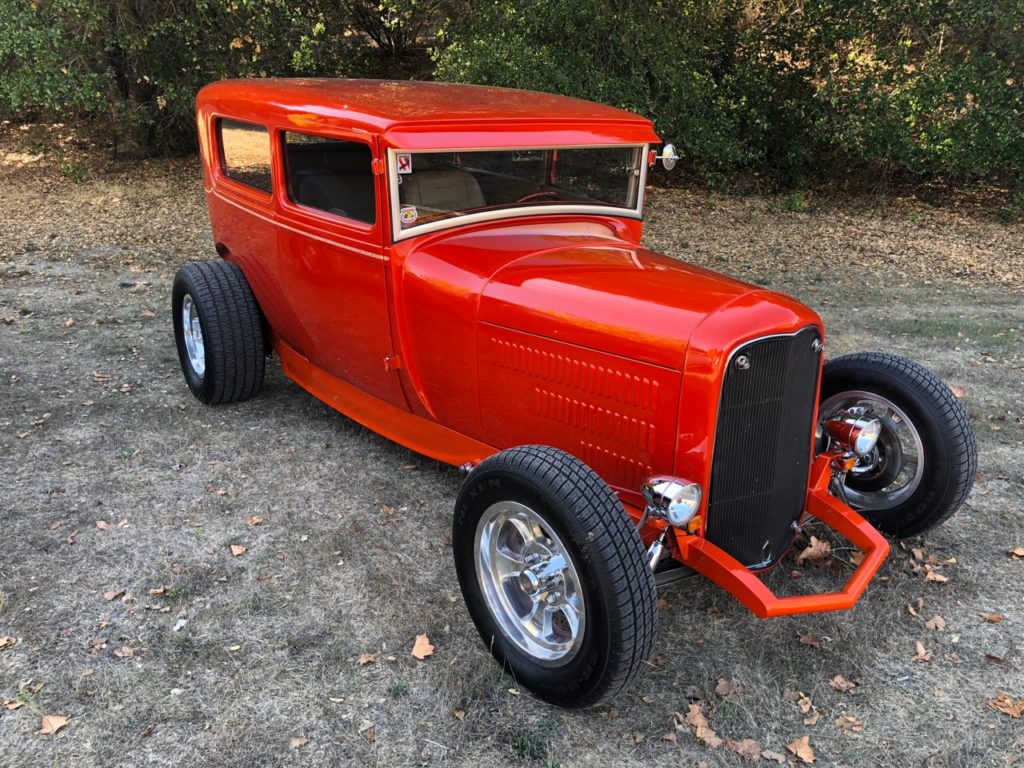 This 29 has been around for a long time and still looks good. 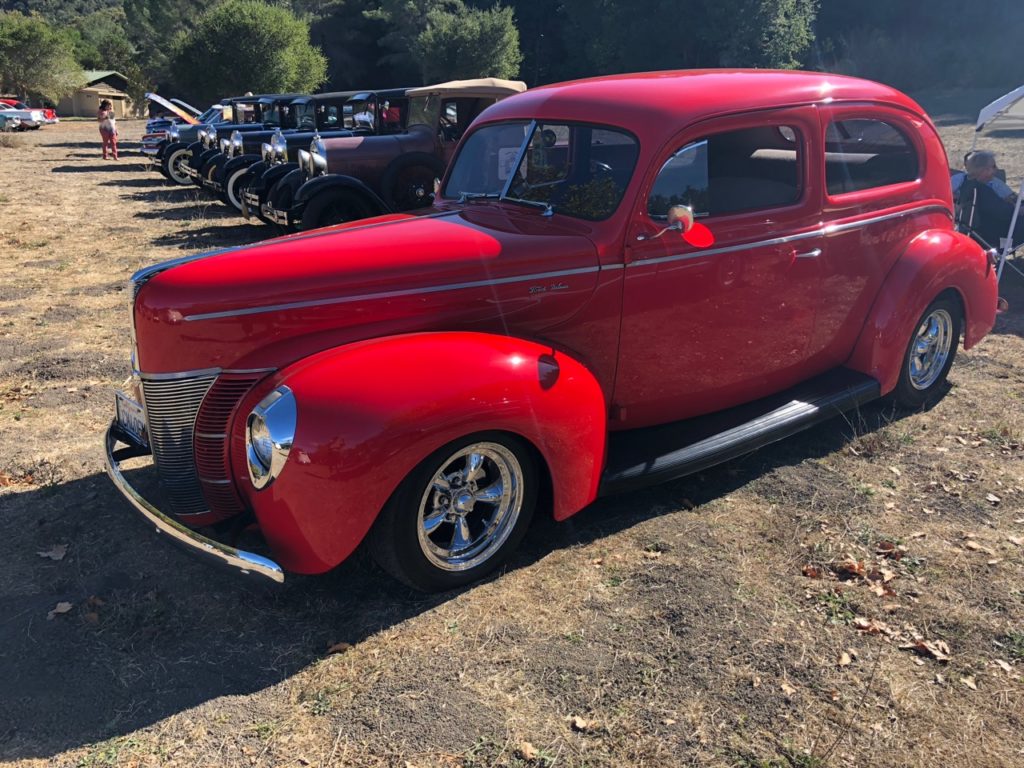 I was attracted to the paint job on this 40 sedan. The paint was flawless as was the car. 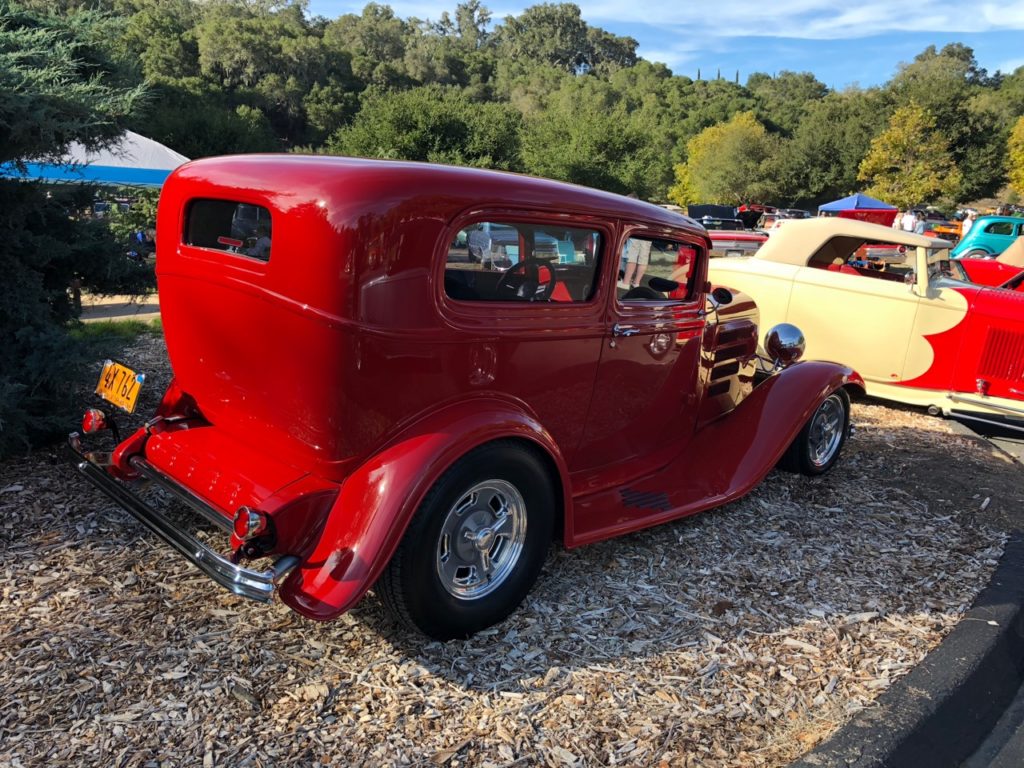 Bobby’s sedan is chopped 3 1/2″ and is also very nicely done. 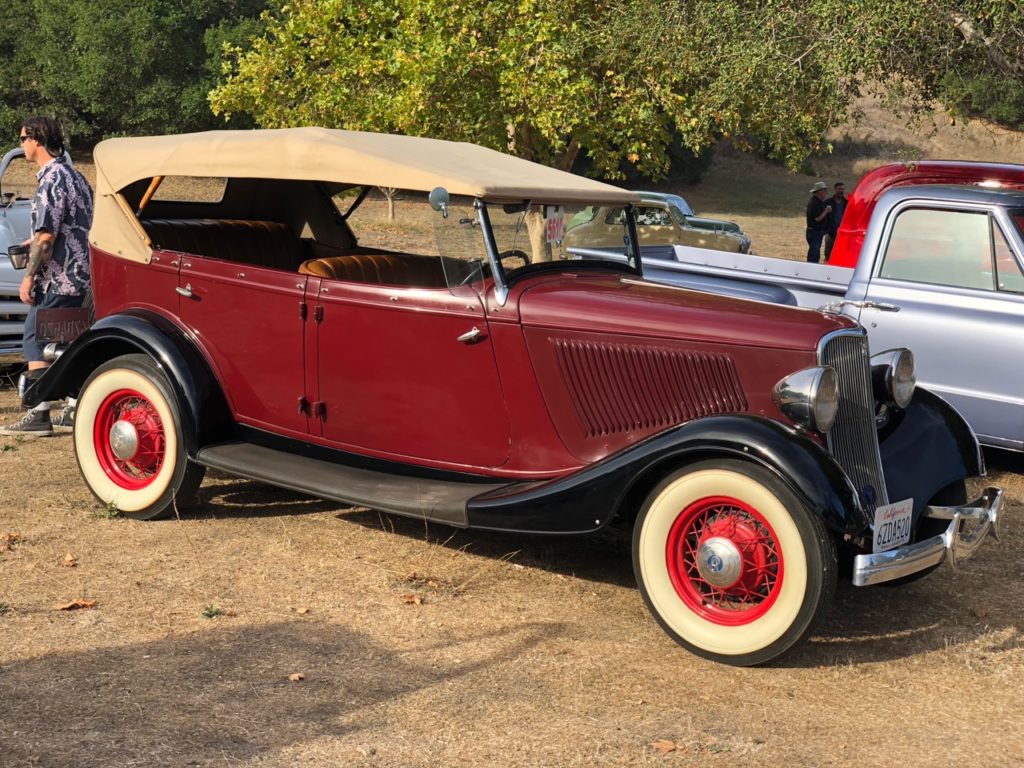 This English 33 Ford Phaeton is very nice condition and basically stock with RH drive. Note pan below door and hinges. 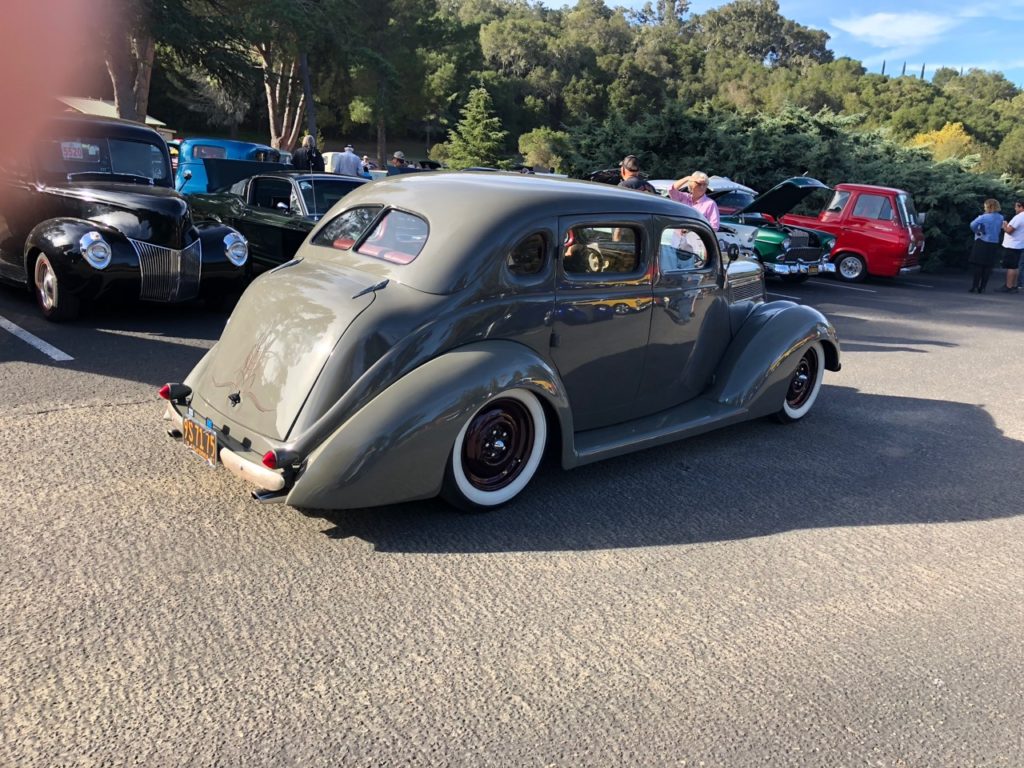 A highly modified 37 four door showed up and was stunning. 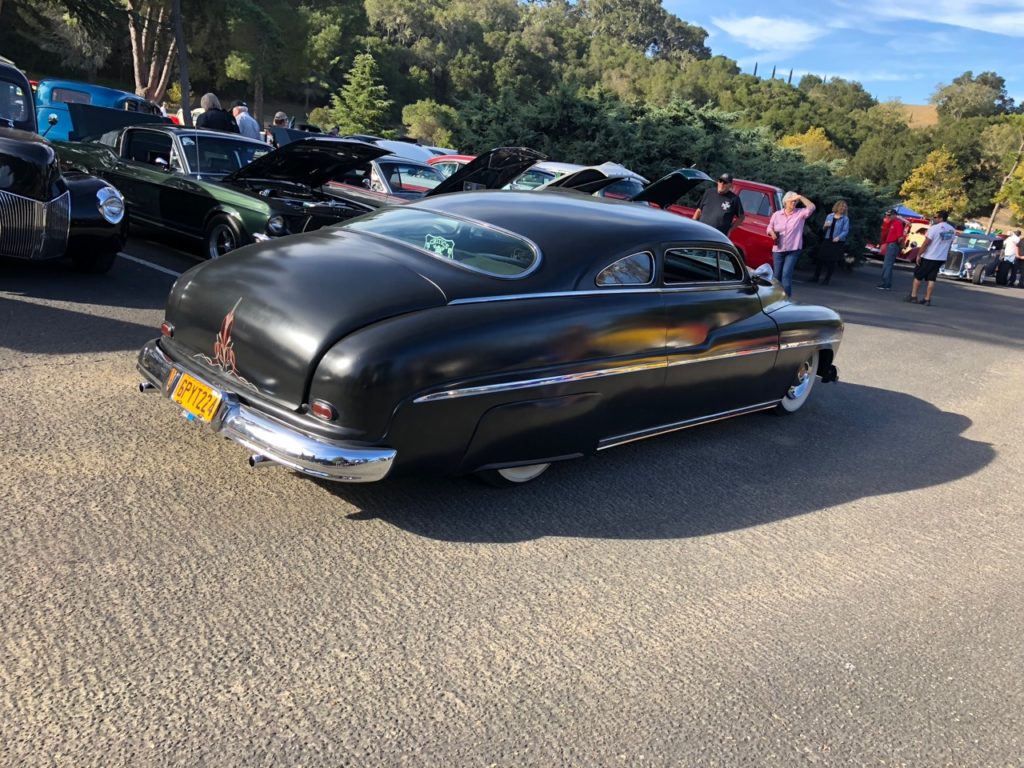 A classic chopped Mercury was done in a high school style and brought back good memories to many. 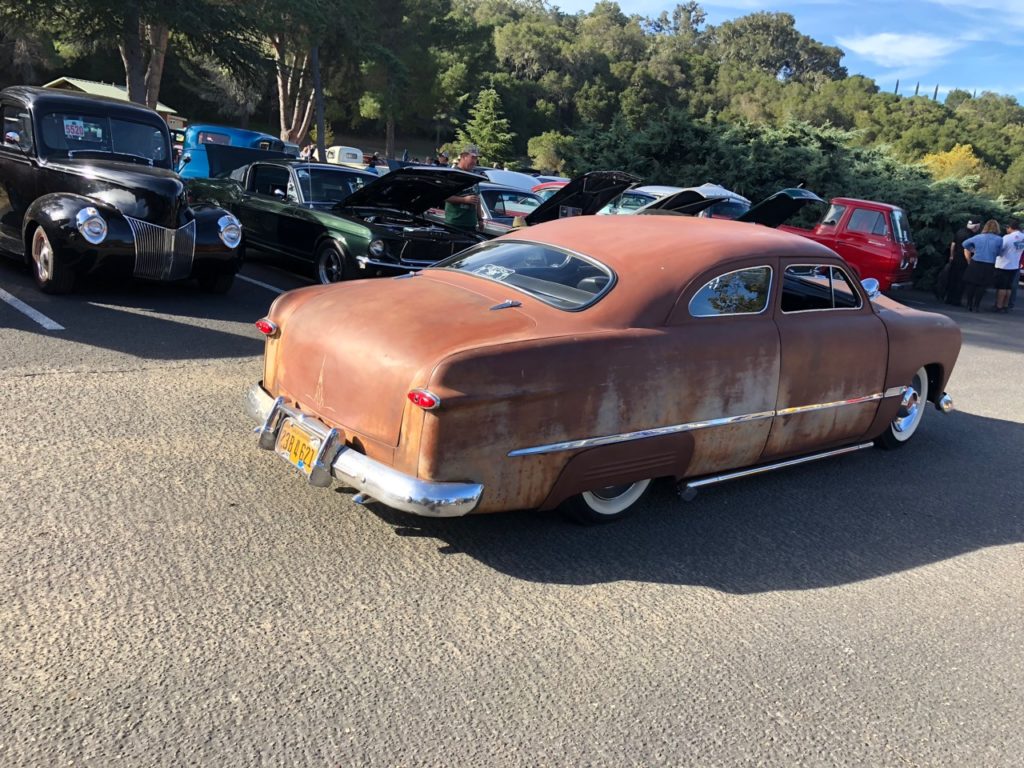 Shoeboxes were also present with the high school look. 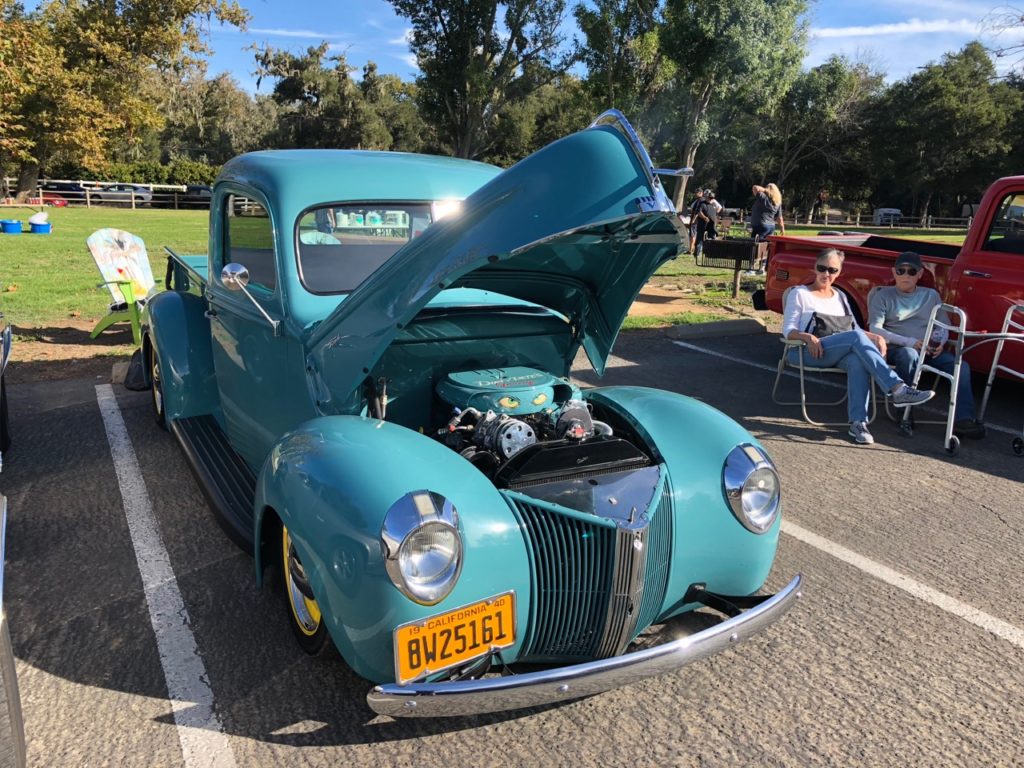 We loved this 40 pickup with the light blue color and lowered stance. 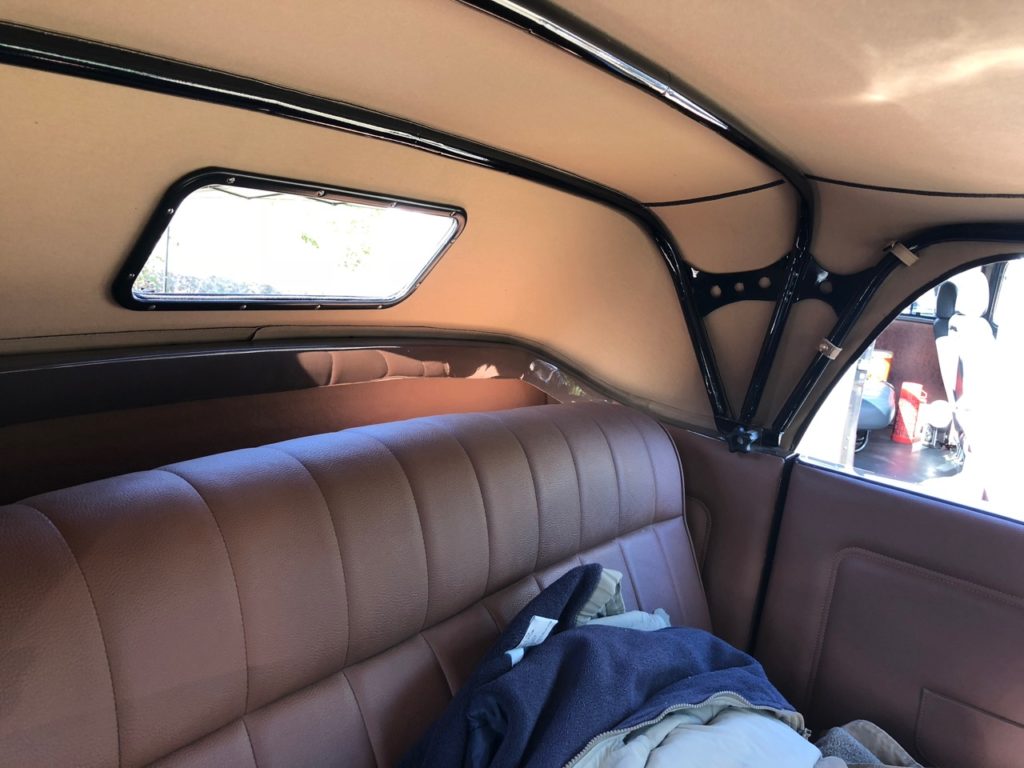 I spent some time looking at how he made his top bows and attached them to his body. Nice work. 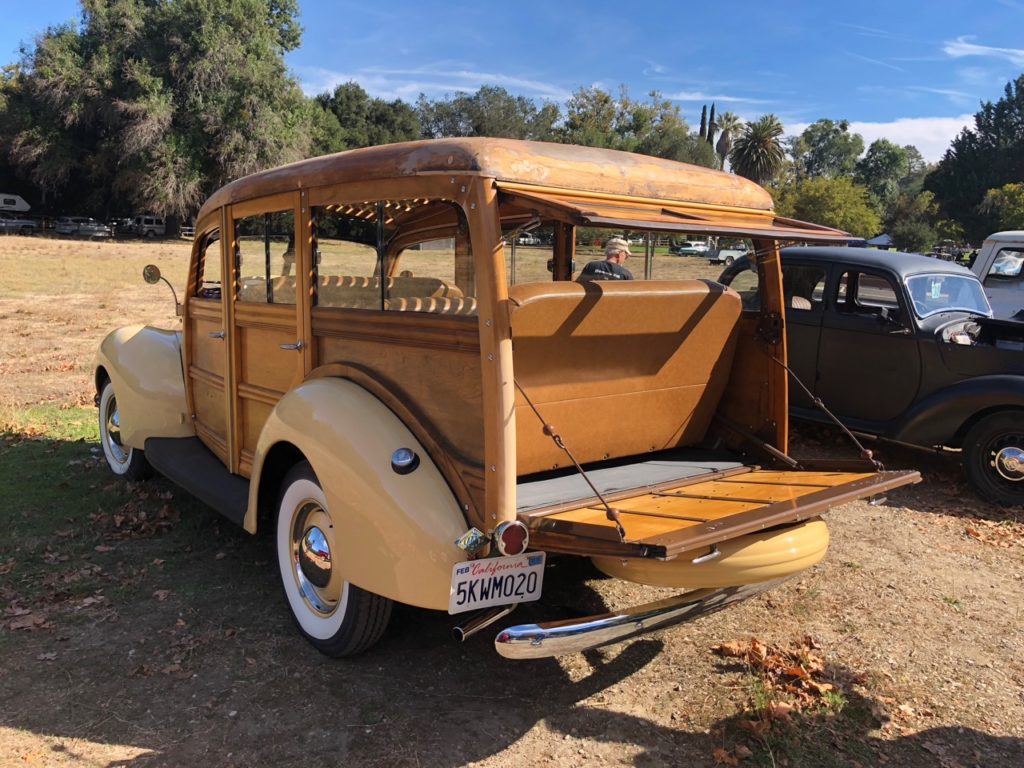 I spent way too much time looking at this nice Woodie. He was in the process of restoring the car. It was very original and solid. 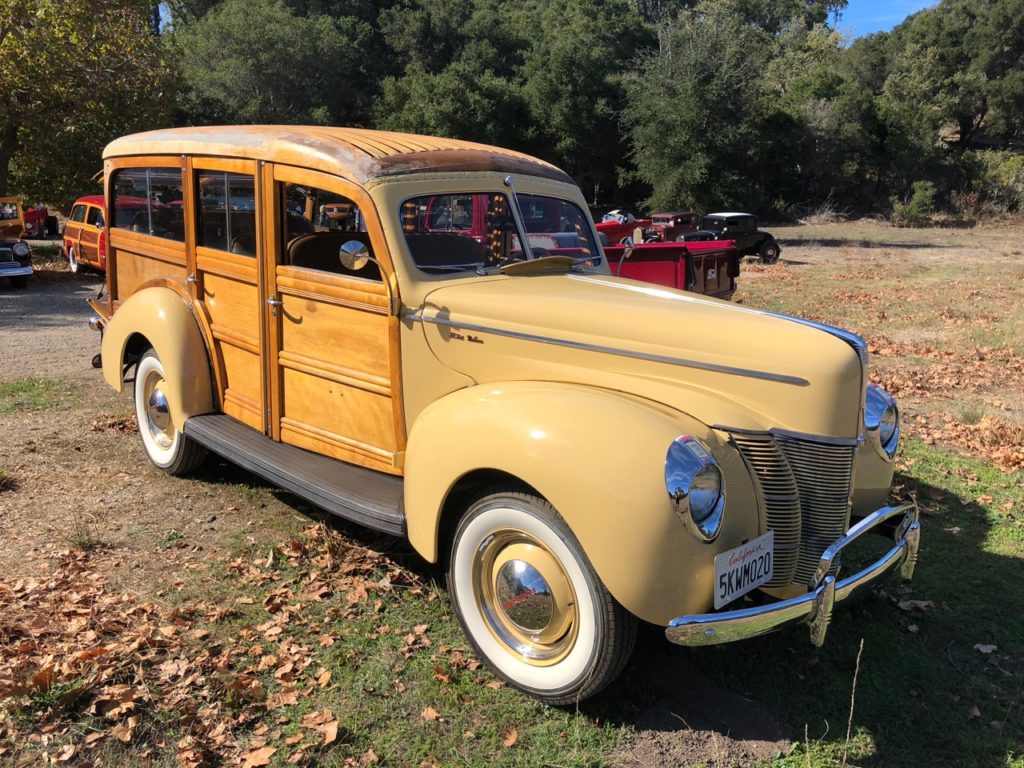 I like the fit of the front sheet metal and even liked the color. 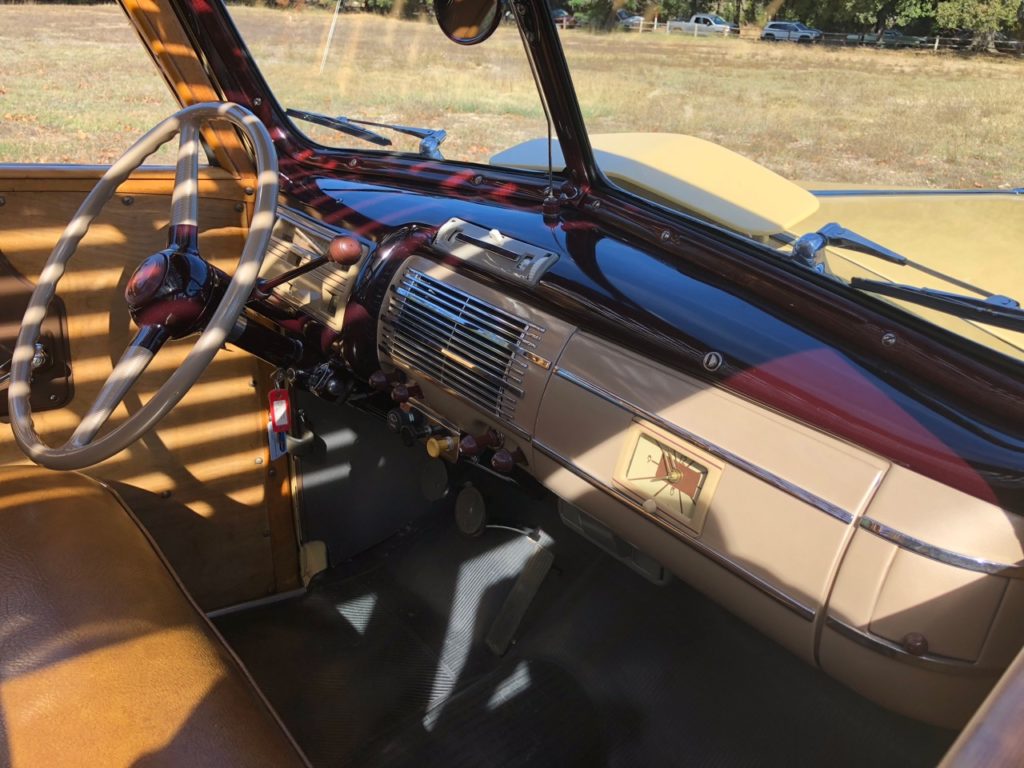 The Deluxe dash was done perfectly to my taste.