Roadster month brings back memories of my first roadster. I grew up in the Midwest where chilly winters kept most people away from building roadsters. They were not practical and were expensive. FG cars did not exists in the 50’s in our town so we purchased what was available, coupes and sedans. I started to fall in love with the Deuce roadster in the early 60’s while in college and told myself I would own one someday. I finally purchased a real one from Mike Martens who was also building reproduction Deuce frame rails. Mike and I became good friends and worked together on the plans for the new rails. While visiting him one weekend, he told me about a roadster that he had for sale but it was all apart and I could haul it home in my pickup. The wife said,”go for it” and that was my first Deuce roadster. I stored the car in the back of my garage in MI and gathered parts to build the chassis. I had a 3 window at the same time so progress was slow. I looked at the hulk for a long time and when I was transferred to Georgia, I decided I could only take one car and chose the 3 window. John purchased the project and stored it away in his vast collection of Deuce parts.

I was busy with my career so I never actually purchased another roadster until the late 70’s and it was a Wescott body reproduction model. I built a chassis and had a roller within a few months. I had fallen in love with Barry Lobeck’s maroon hiboy and decided that would be the direction I would go with the roadster. I had my heart set on completing this car but again work took priority and I was off to Chicago for a new job assignment. Joe Smith purchased the project and I took my new 5 window to Chicago. This scenario played out for several years as I moved every two years for the next ten. I finally took a position in Los Angeles in 1984 where I built another roadster with Boyd. I was hooked one his independent suspensions and overall look of his cars. While I have always done my own chassis work, I was far to busy running my dealership to spend time building a new chassis. I had Boyd build me a roller and I was once again a roadster owner. I had Dan Fink do the hood, grille, rolled pan and floors. My family Â wanted a new pool in the back yard so the roadster was sold to Jerry who finished the build and tried for the AMBR trophy. Dennis’s 29 took home the big one and Jerry put his on the road. Again, my work took me to San Francisco where roadsters were everywhere but 70 hour work weeks kept me busy and the roadster would once again have to wait. Finally, after retiring in 2000 I purchased a 34 Wescott roadster and worked on the car for several years and finally decided I needed to let someone else finish it.

As you see from the above tale, I have always had the desire for a hiboy roadster but life never afforded me the time to finish one. My bucket list still has a running driving hiboy roadster on the list so… 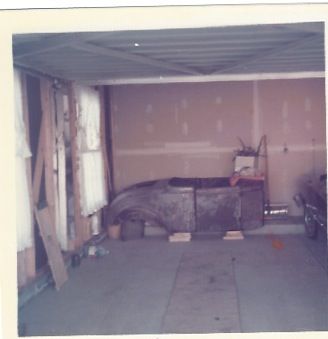 Not a great photo but this was my first roadster in 1972. It was rough to say the least but today it would be a cream puff. The price was $400. 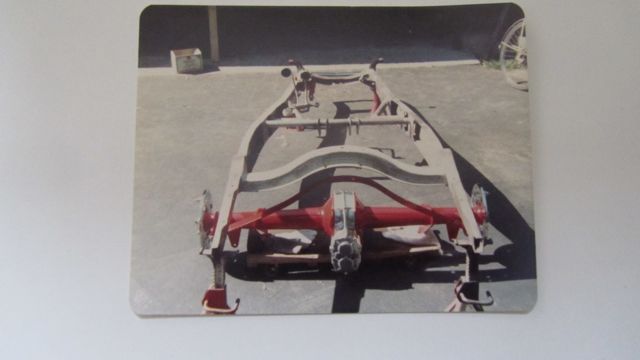 My Lobeck influenced third roadster was a 2 year project that was never finished. The car was sold to a friend of Steve Coonan’s in MD. 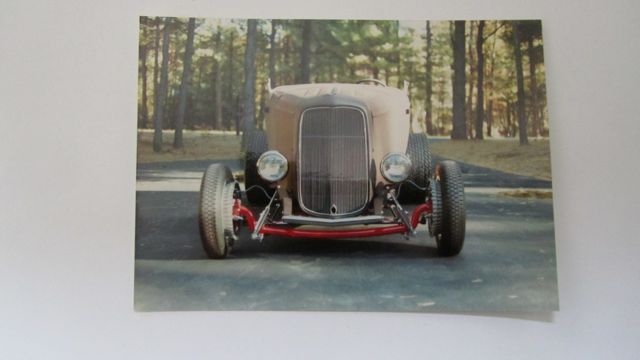 This is the day it was delivered to the new owner. I would regret selling this one months later. Wescott body and Pewsplace chassis was one of my best efforts during the 70’s. 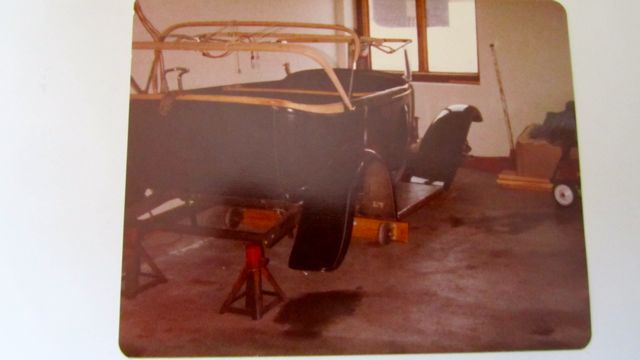 A growing family killed the roadster idea and the phaeton came into the picture. The white stuff outside the garage window is several feet of MN snow. Circa 1982. 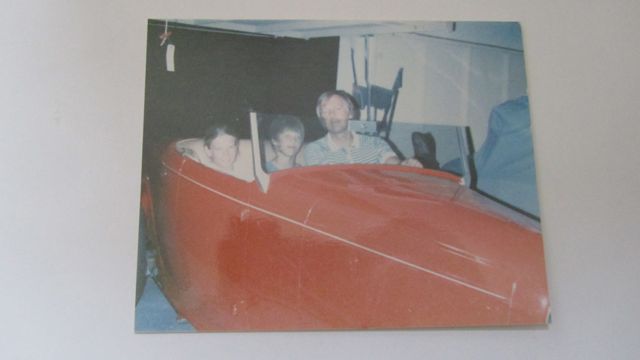 Upon arriving in LA, I was immediately hooked on roadsters. Rich let me drive his while he was trying to sell it to me. My children loved the car and we would go for long rides on PCH. The 3 window stayed under the cover for about a year. 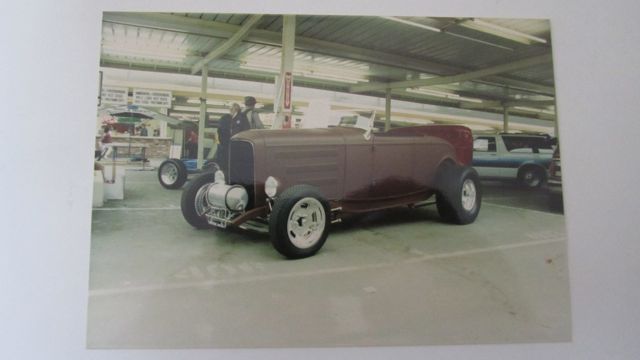 Rob had this real deal roadster in my booth at my first LARS dealer display with CSR. He wanted 5K for the car and I thought that was too much. Bauder purchased the car, redid it and still owns the car today. Rob was a super metal man and a fanatic over detail. He made the body perfect. 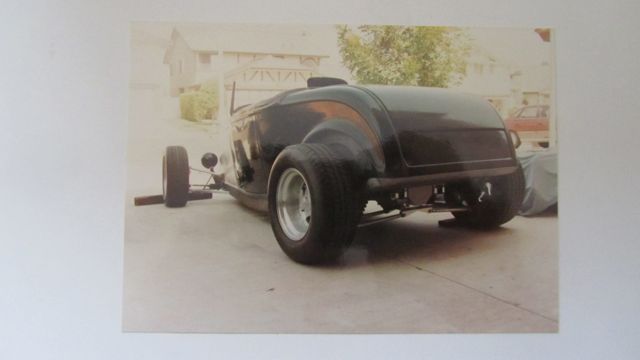 Hanging at Boyds and building custom GMC’s soon led me to a Boyd chassis. Walt took me a ride in his and I was hooked. Boyd used to let me drive his rides for a week or two. These chassis ride and handle excellent with his suspension. 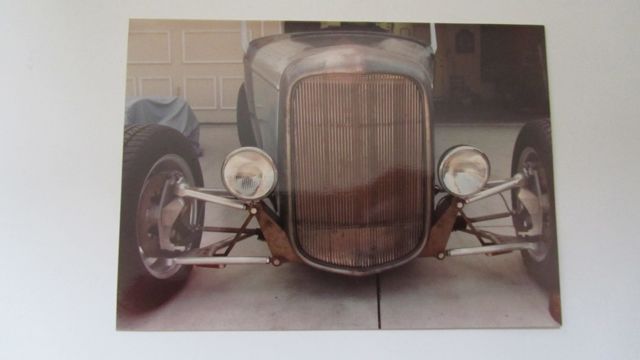 I sold this one to Jerry so we could build a large pool and spa for the family. Welcome to LA. 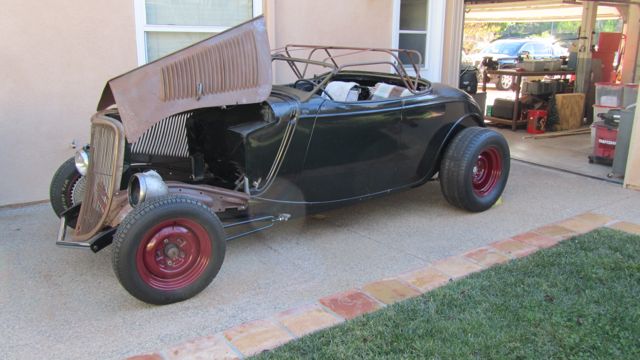 Lucy was my 2nd retirement project ( A 48 convert was first) and my last roadster. I loved working on this car and the roominess of the cockpit sold me on a model 40 roadster. I did all the work right were you see it parked. I regretted selling this one also but this is the stage where I loose interest. Painting and upholstery jails are not for me. Terry finished the car in about 3 months. If I start another one it will be another model 40. (Very doubtful) 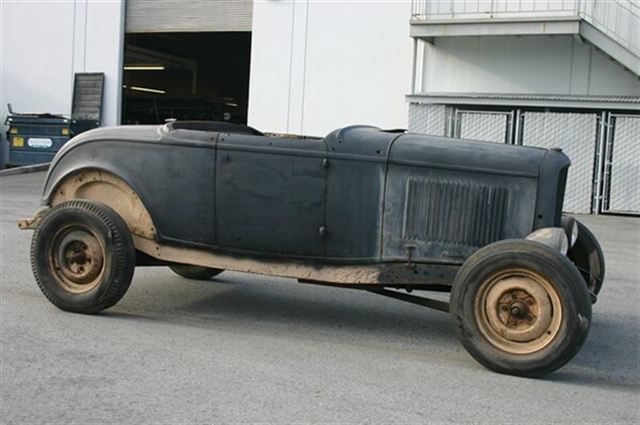 This beauty was brought to the attention of Derek at the LARS swap meet and he soon had it in his garage. Roy purchased the car for one of his customer and gave it the Brizio treatment. 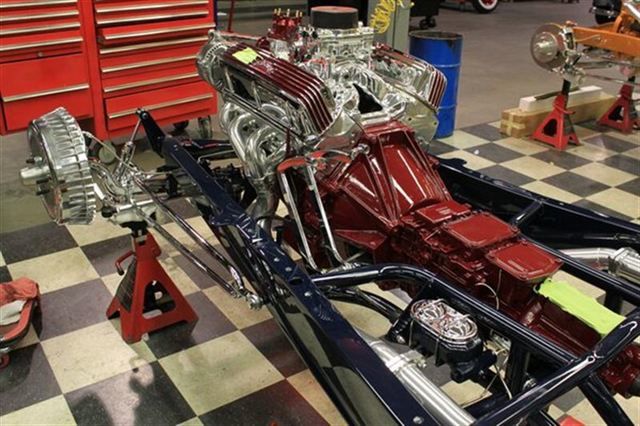 Roy built a Ford in a Ford chassis (that is hard for me to say) that turned out wonderful. His detail work is second to none and best of all you can drive the cars anyplace you want. 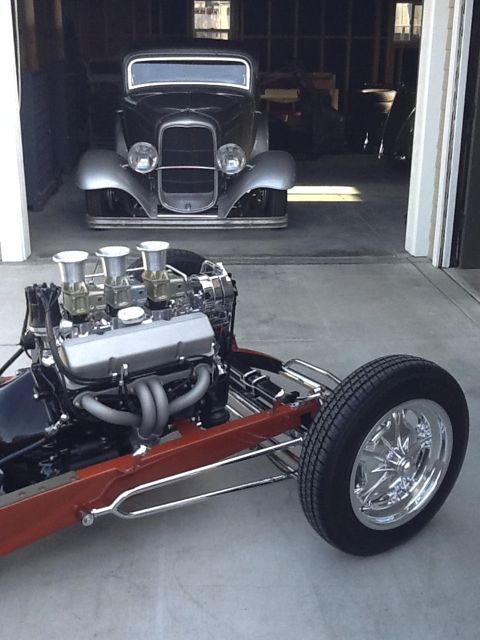 Ryan and his uncle Rick are putting the finishing touches on Rick’s roadster. Rick traded his 08 Corvette for a roadster and had Ryan help him make it his. The upholstery shop is busy making sure it will make the show. The 3 window in the garage looks interesting. Great photo Ryan.