The wind was howling, the Palm trees were swaying and a quick peek out the window revealed a very overcast morning. I nudged the wife and ask her if we should head out to the Doheny Woody show and she said, “Lets go.” My wife is a real positive thinker and she is game for anything that involves woodies. I was less than enthusiastic about going but after a quick shower we headed to Dana Point for the event. The weather stayed cold the entire day but the show was outstanding. I have never seen so many woodies at Doheny Beach. I saw a window sticker with number 164 which is a lot of cars for this event. Cars came from all over the state and even from several adjoining states. I guess they though it would be a sun shiny southern California day or maybe it is just the camaraderie that keeps the woody owners coming back to these wonderful events.

We spent a few hours looking a woodies and talking to old friends. We had brought coats and we needed them, but the excitement of all of these old wooden cars sitting next to the sand and ocean made the day well worth while. Most woody shows are by the ocean and the weather is normally overcast in the morning but you soon forget the weather. Your concentration is on the cars and people who are there to support the hobby they love. The amount of work required to host one of these events is not to be underestimated and I would like to personally thank the Doheny Wood staff for doing a first class job. 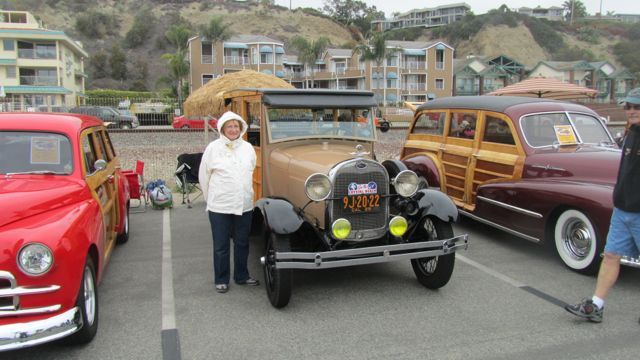 Jane liked this stock model-A woody wagon. She looks cold but a cup of coffee provided her some relief. 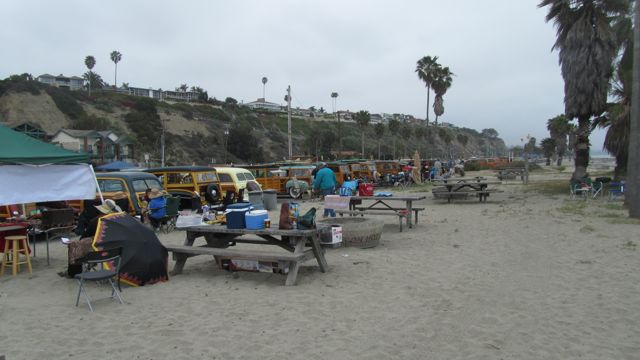 The beach side of the show was filled for as far as you could see. Picnic baskets were full and the tailgating began early. 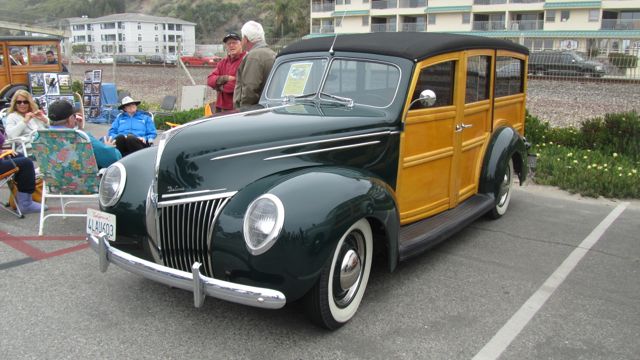 The 39 woody caught me eye and it was a very nice car with a modern driveline. People relaxing and enjoying the day is what owning a woody is all about. Lots of stories about the locating venture, the build and the first voyage are worth listening to. 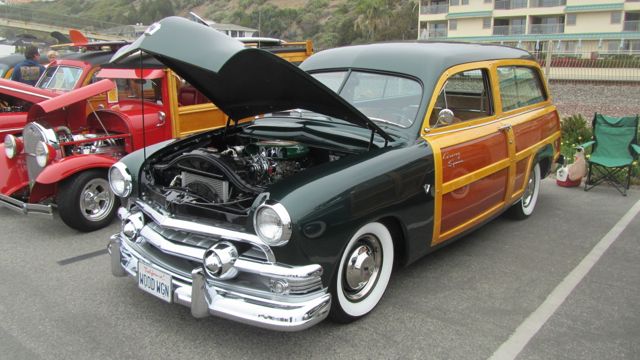 The popularity of the 49-51 Ford woody is growing. I think the availability and cost of wood replacement make them a good choice for today’s Â woodies. 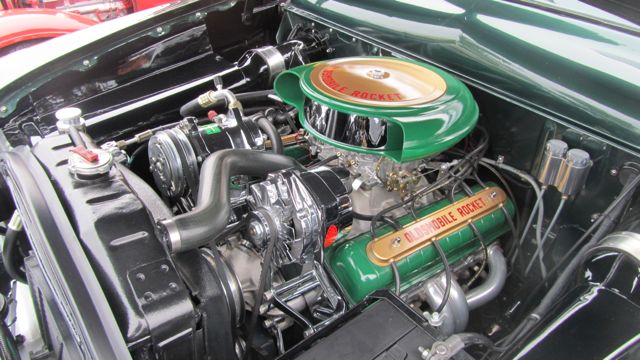 Making a SBC look like and early Olds is popular with many builders. This was a very nice woody. 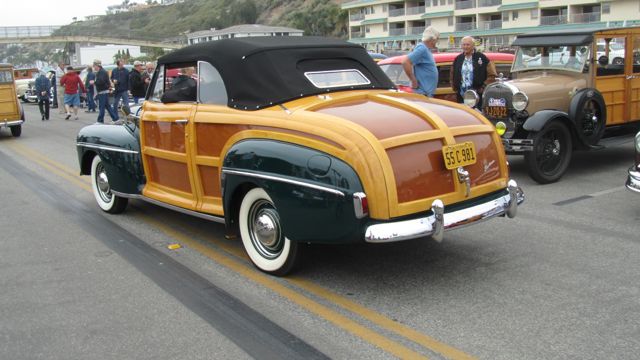 At the top end of the spectrum was this Sportsman model. I only saw one of these at the show and it was flawless. Walt likes these when they are mildly hot rodded. Replacement wood is very expensive due to the many shapes involved in the rear deck and sides. 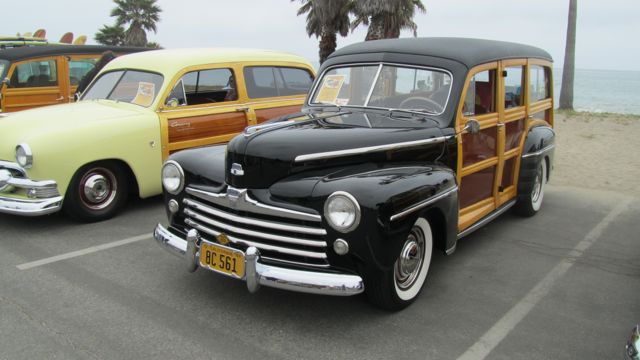 I am a big fan of the 46-48 models also and this fresh restoration was standing tall on the beach. 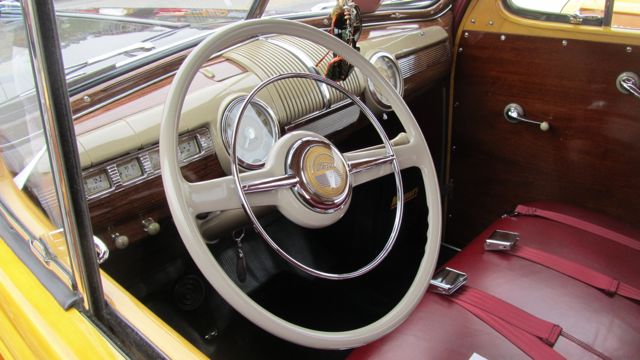 My wife complimented the owner on his choice of woodgrain for the woody. The dark shade looks so much better than the stock color. 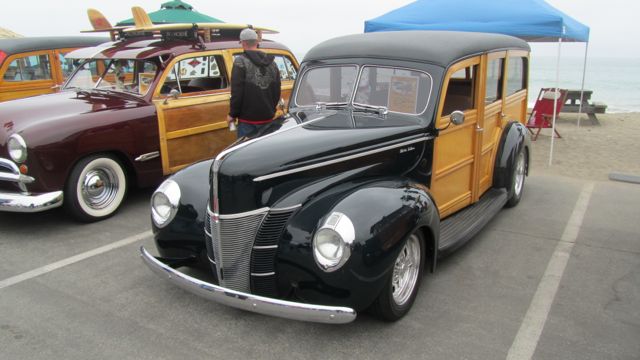 I went back and looked at this 40 several times and decided it was probably the nicest 40 at the show. 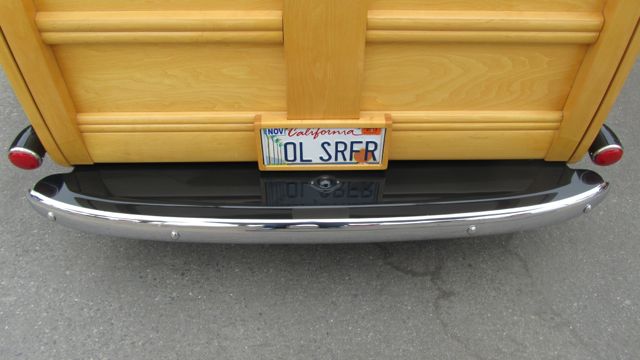 I thought the custom rear pan was a nice touch and very functional. Jim should consider this item for his new 40 wagon. 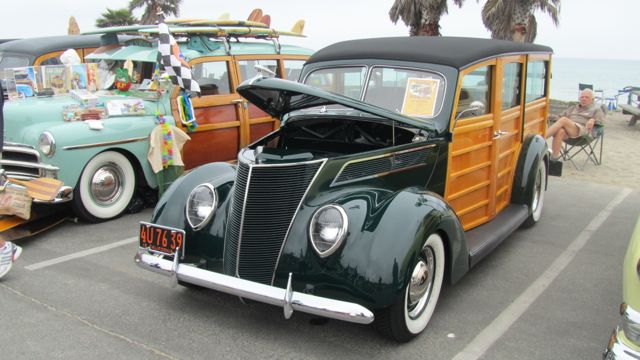 A fresh 37 showed up at Doheny and was painted a BRG which looked wonderful with the new woody. The owner was in shorts so I know he was from out of town. 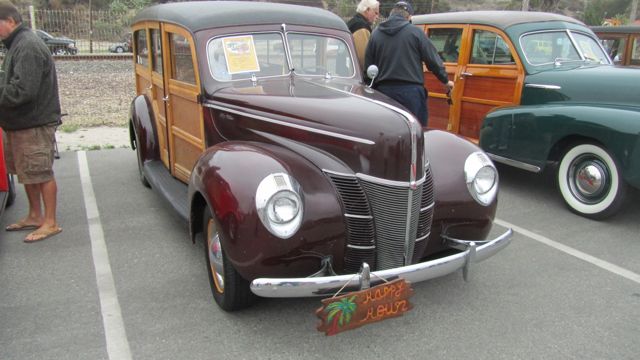 Nothing fancy, just a cherry old 1940 Ford woody with mint wood and sheet metal. This all works for me. 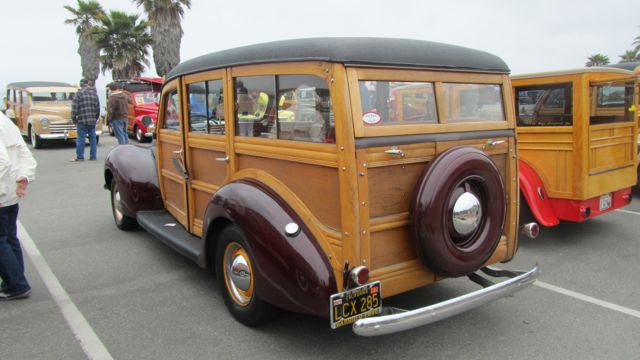 The original wood on this 40 was amazing. The entire car was pretty much stock with all the genie stuff still intact. I hope the owner puts some varnish on the wood as it will soon deteriorate in the sun and wind. The black plate is another indicator that this one has been around a long time. The car is from Fresno, CA.