Sometimes things just fall in place and sometimes they never seem to come together. Â I have been working on Lucy (33 roadster) for over 5 years and Andre (40 SD) for about 2 years. Â I have always enjoyed the building process more than the driving but lately I have been enjoying the driving process with Ruby (47 Woody). The wife seems to really enjoy going with me to the events for the first time in over 40 years. Â I think our age has a lot to do with the sudden interest and that’s O.K. by me.

I had mixed emotions about finishing the roadster, even after my wife told me to go ahead. Â Yes, I do consult her on most big decisions as she is my partner in life. Â I completed the engine installation and was really focused on the project but really was more interested in doing the delivery. Â I placed an ad and within a week the roadster was adopted by a good family in CA. Â I know the buyer and he will finish her in a fine style. Â I had put a lot of work, sweat and dollars into the car but just couldn’t get it all together. Â I always hate see projects leave the garage, but there is always another one waiting in the garage for my attention. Â Thanks to all of you who sent along some inspirational notes on Lucy and I appreciate your comments. Â The owner promised to send me some updates and I will post them.

After a somewhat sad day for me on Saturday, Sunday turned out to be a fantastic day at the Roaming Relics car show in Moorpark. The attendance was near 400 cars and the weather was car show perfect. Â I walked and talked until I needed to rest and then walked some more. Â This is the last car show I attend locally and this year was special as it helped me keep the flame burning. 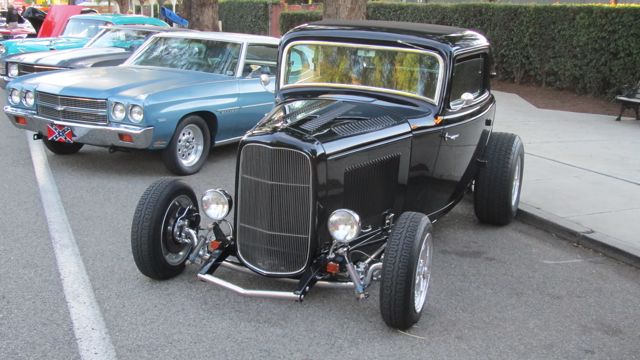 Here is a fresh deuce 3 window that looked very nice. Â The body was produced by Wescott and it looked like a real deal 3 window. Â If you have to ask….why bother. Dan in Ventura built the car and I like it a lot. Â The old style louvered hood helped the image. 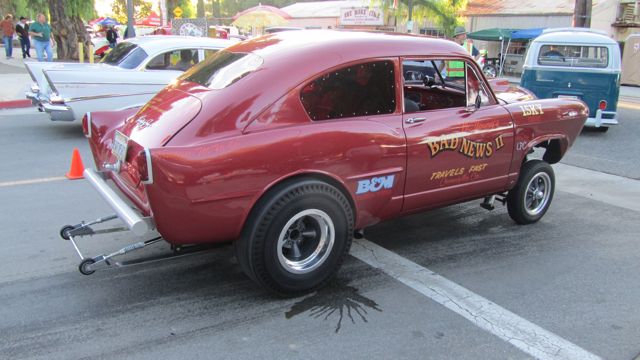 I like to stand in the entry line and listen to the rump-rump of the cars that come driving in. Â This Henry J was really a bad sounding machine. Â Remember these going down the strip? 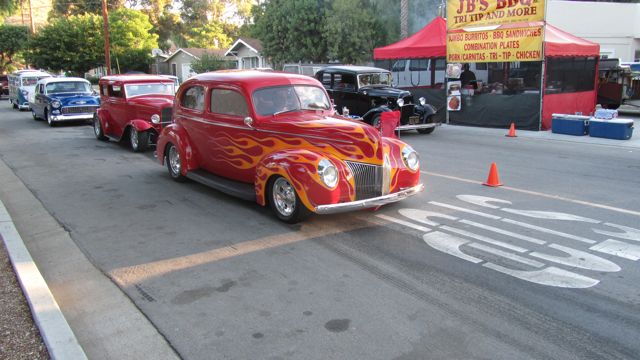 Jeff drove his Hemi powered 4o sedan to the show along with his 31 Vicky in tow. 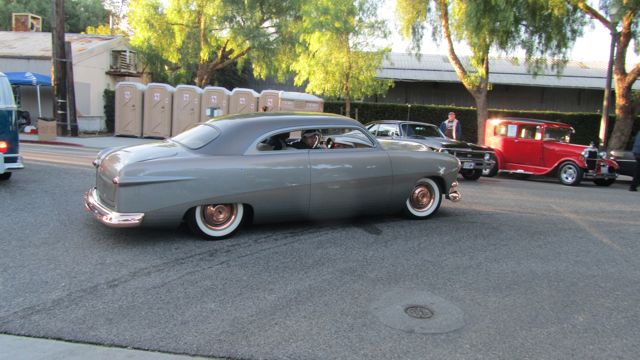 There were a couple of new shoeboxes at the show. Â Both were made into hardtops. Copper was used rather than chrome. 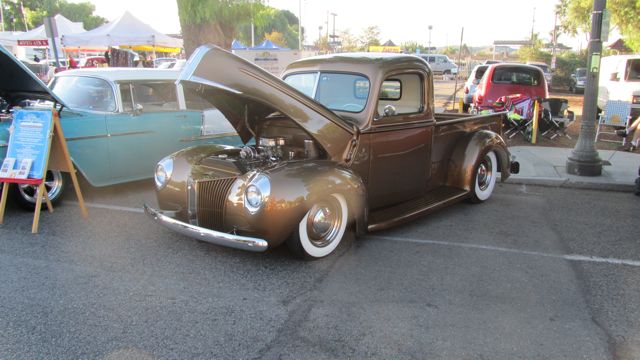 Probably one of the nicest 40/41 Ford pickups built in recent years is this golden beauty. Â The car featured a fully detailed engine, undercarriage and interior. Â Built on a traditional theme with modern appointments like IFS and air bags. Â This was my favorite car/truck at the show. 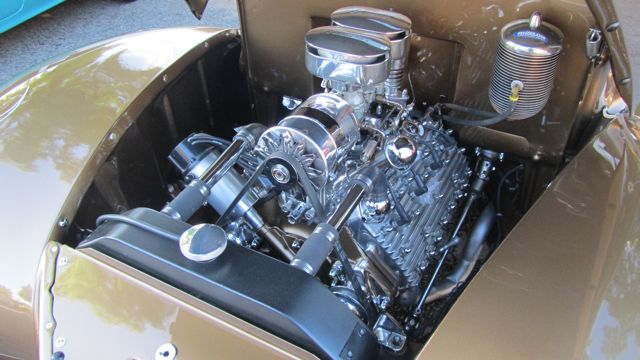 A full dressed flatty is hard to beat in an early style build. Â This truck had big $$$ invested and it was done to perfection. 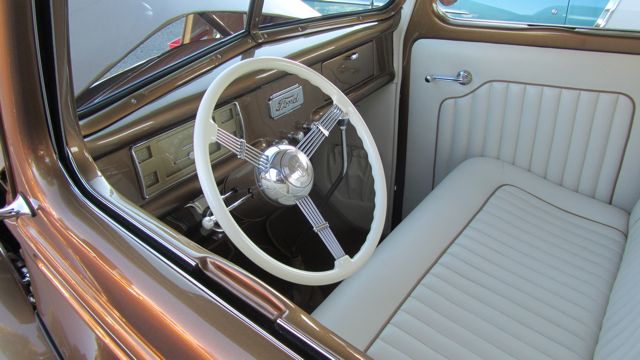 Clean and simple interior fit the overall theme of the build. Â The paint was flawless as was all the workmanship. 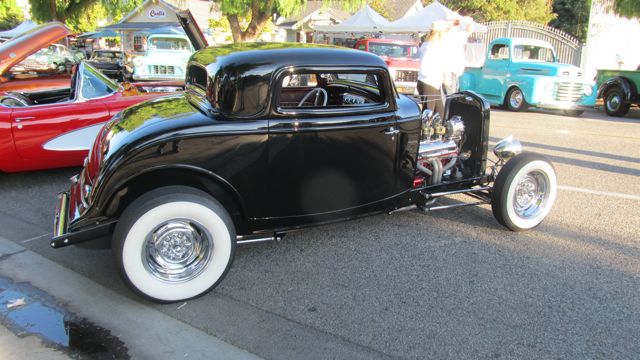 Bill had his real deal 3 window in attendance. Â The car used to be a full fendered ride until he decided to give it the “Hot Rod” look. 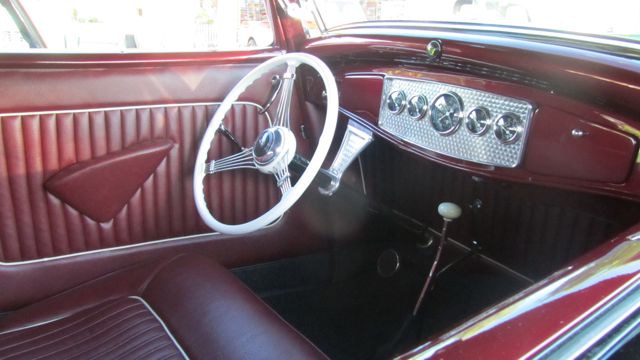 Bill loves the early look for his interiors and leans toward the maroon with cream piping look. Â I like it! 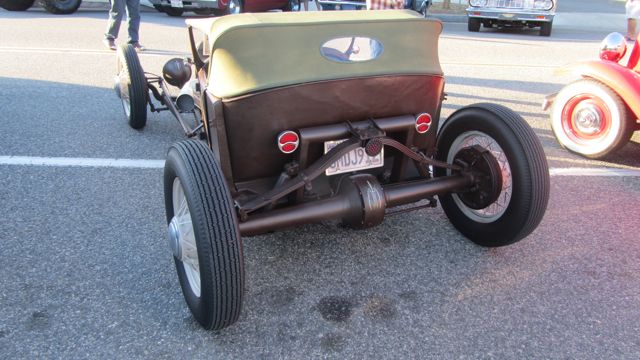 The builder of this little cutie had to answer a lot of questions from the crowd. Â The car was built from early parts and has a SBC for motivation. Â This is an inexpensive build with lots of fun written all over it. 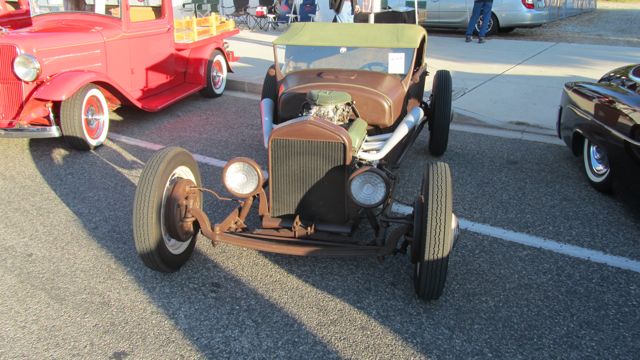 Your basic T build speedster with all the correct components installed. Â My late friend Ed, was in the process of building his dream T when he moved up to the big rod run in the sky. 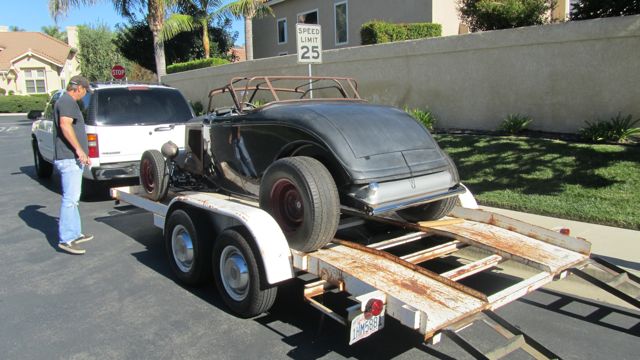 Terry was looking over Lucy and thinking about what he was going to do next. Â She is going to a good home so I am happy that someone will give her the attention she deserves. 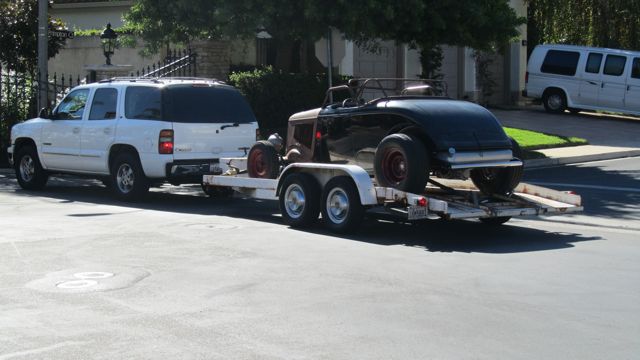 The final view as Lucy left for the long drive home. Â She will be missed.