The wife and I headed out to the Harbor Run early Sunday morning and walked the crowded park. Â The weather was overcast and being close to the ocean it was on the cool side. Â I spent most of the time talking to folks I know and meeting some new ones who read my blog. Â There is a good mixture of hot rods and muscle cars and a little something for everyone. Â The wife goes along as she likes the ocean and the sand even if it is cold. We spent about 3 hours at the show and then headed home. Â We did stop for a nice lunch at the new Stonefire restaurant in Westlake where I found the food to be excellent. Â When I arrived home Bob O had left a message for me indicating he had his new sedan home and I needed to come take some photos.

I stopped by his house later on and took a look at the sedan he purchased. Â The car is rock solid and runs like a top, but needs a complete redo or some TLC to be street worthy. Â Sedans are really nice if you get them down in the front. Â His plans are to sell it and finish his Model A coupe. Â Cars like this are not hard to sell and will save the new owner lots of money in body work. Â I told him I would put it one the HAMB and see what we could do. Â The car sold in less than 12 hours to a friend of his. Sometimes you just happen to be in the right place at the right time.

I am spending the rest of the week on fixing the hot start problem which so far has not been solved. Â I would like to head to Wavecrest on Friday but not unless the problem is fixed. 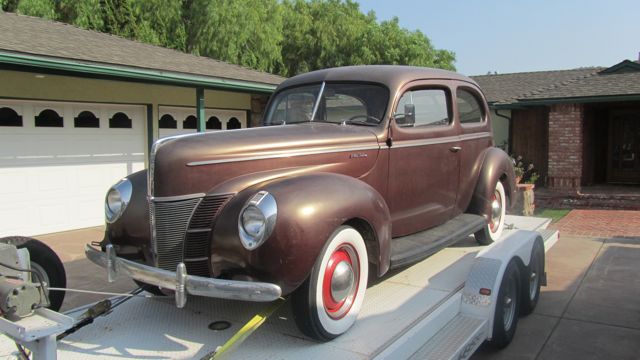 Fresh from the car lot this little 40 sedan was a peach of a car to start with…no rust period. 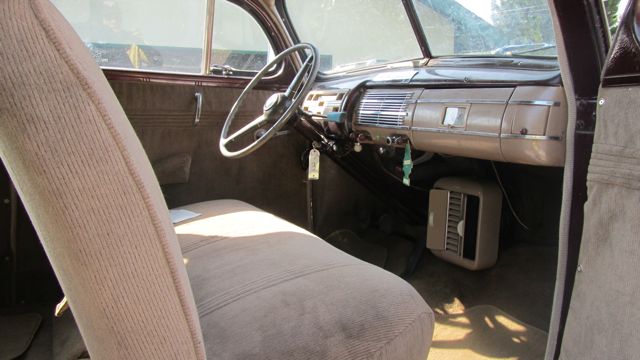 Stock as a Ford can be with one repaint and one new LB interior. Â Musty but nice shape for her age. 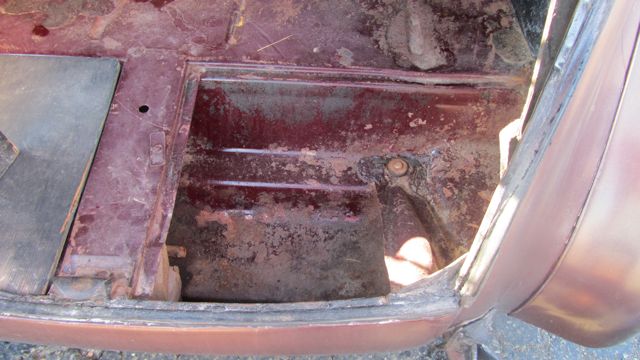 Here is the rear tool compartment showing how solid the car was. Â Mandarin Marroon was the original color and would be my choice for the new owner. Â All the floorboards look just like this also. 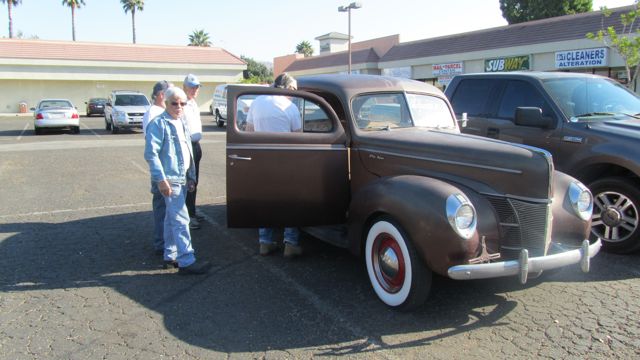 The staff of the “Office” came out to give their opinion of his purchase. Â Thumbs up was a unanimous conclusion. Â Several offers were made by only one was the right one. 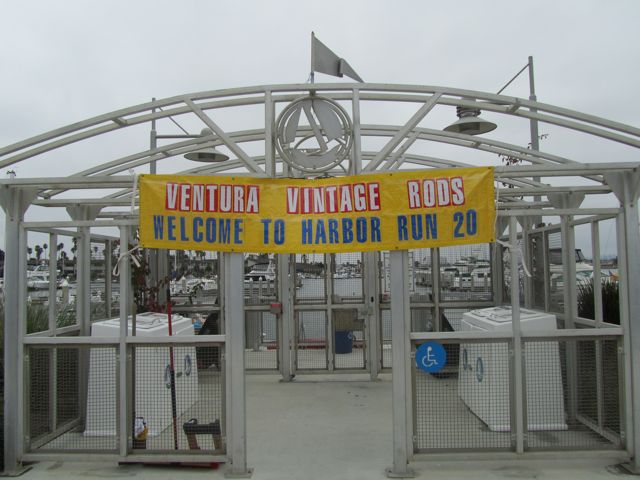 Twenty years of providing fun for hot rodder’s in the Beach area and beyond. 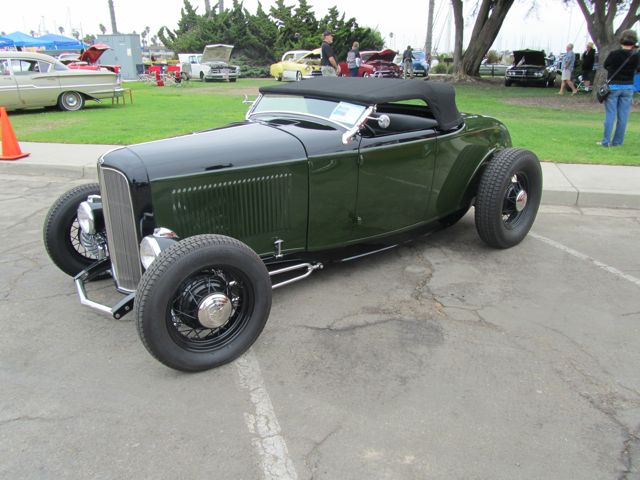 New to me was this unique color combination Deuce hiboy roadster. Â I never did meet the owner but I admired the car for it being a little different than most Deuce hiboys. 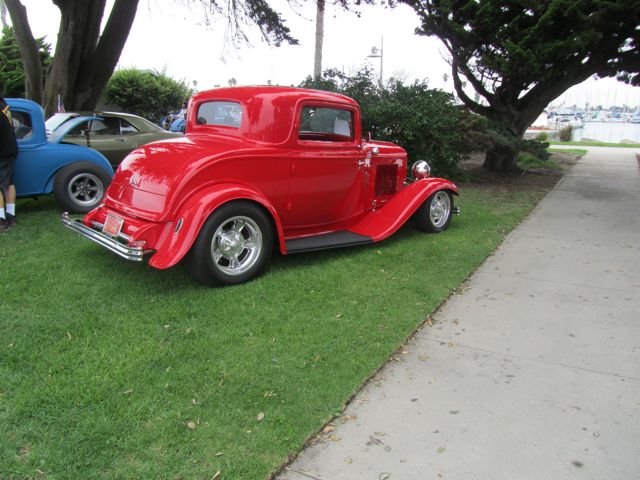 I never saw Dick but I am sure this was his new 3 window. Â What a really nice car he purchased. Â The paint and interior were really well done. 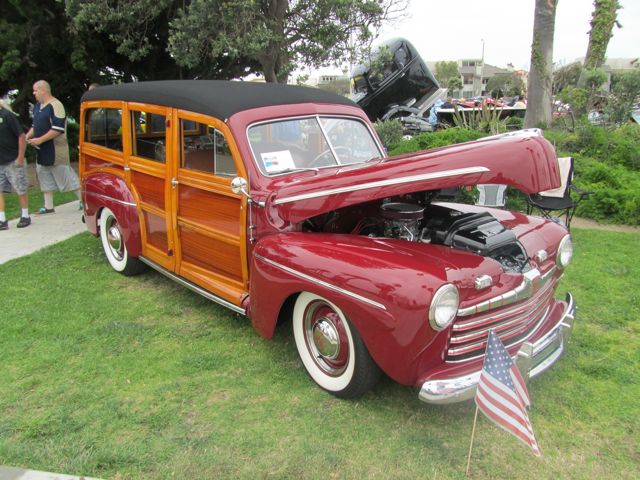 This 46 Woody would be a perfect match for Ruby. Â SBC powered and very nicely detailed engine and undercarriage. 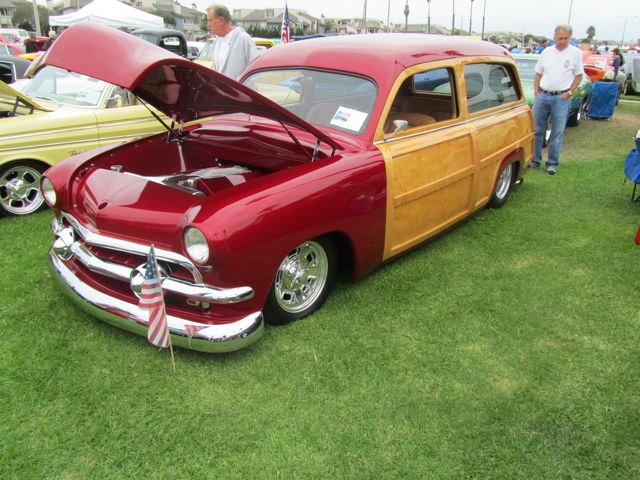 chris had his beautiful 51 Woody sitting in the grass. Â You must see the wood on this car to understand perfection. Â He has a 47 in the same condition. 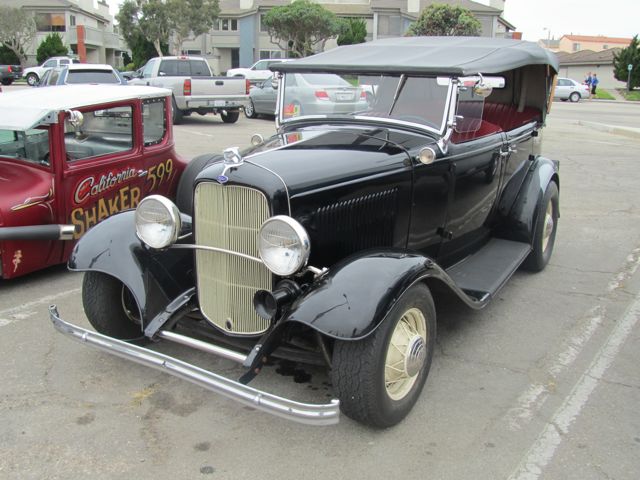 In the parking lot was this real deal Aussie phaeton. Â A rare piece in great shape. 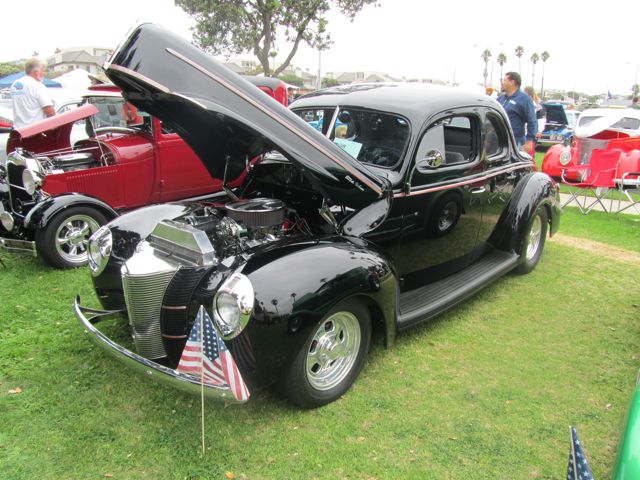 Richard is driving is new 40 coupe a lot these days. Â I think George should get his red one out more so we could enjoy more 40 coupes in the Valley. Â Richard is enjoying fixing little things on his coupe. Â I believe that is what we all enjoy the most after driving them. 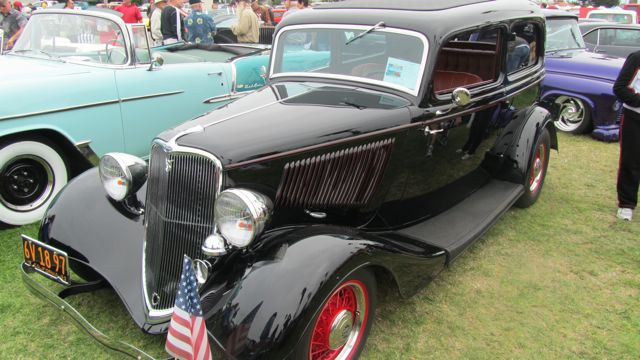 Very crowded and tough to shoot a photo but this was my wife favorite at the show. Â Here is another perfection sedan build by Kevin.