My wife and I celebrated our 46th wedding anniversary this past weekend in beautiful Santa Barbara with about 100 other Woody lovers. Â The morning drive was beautiful but really foggy and damp. Â We met up with Walt and Lorraine and arrived in time for a wonderful parking spot. Â The SBCC has a large grassy field with lots of room for everyone with room to spare. Â You can set up your pop-ups and enjoy a day at the beach overlooking the Pacific Ocean. Â The weather warmed up after lunch and we left after the surf board drawing. Â Unlike last year the drive home was superb. Â No traffic to speak of and the car ran flawlessly up and back which is about a 200 mile trip. Â Thanks Walt and Lorraine for sharing our anniversary with us and a special thanks to the Santa Barbara Woody Club for hosting the event.

I have received a lot of photos from Bonneville, Mike McKennett Restorations & Reproductions and Forties by Bedford that I will share with you this week. Â I have also completed more work on Lucy’s engine installation and documented my progress. Â Thanks to all who continue to provide Pewsplace with photos of their adventures in the Hot Rod world. 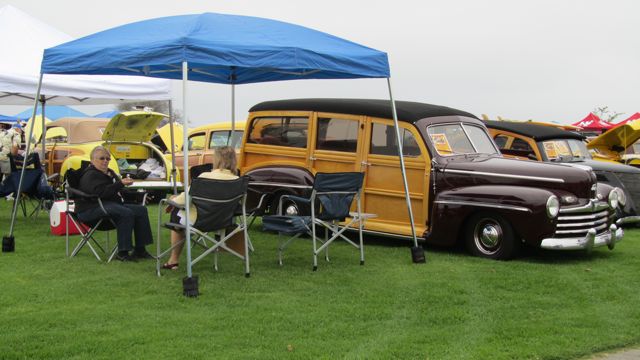 Pop-Ups were set up quickly by the Woody owners and make a perfect cover for the day. Â Ruby was loving it in the grass. 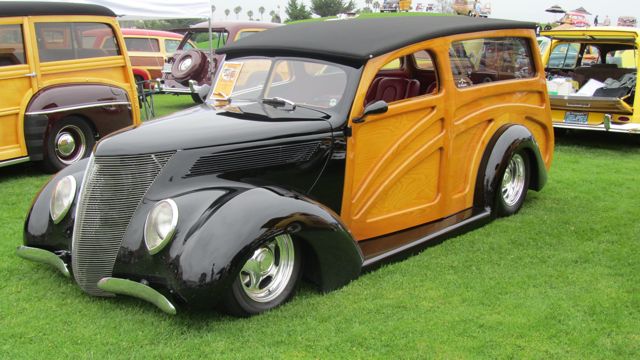 Walt drove his 37 this year and was a magnet for photographers attending the event as well as many students. 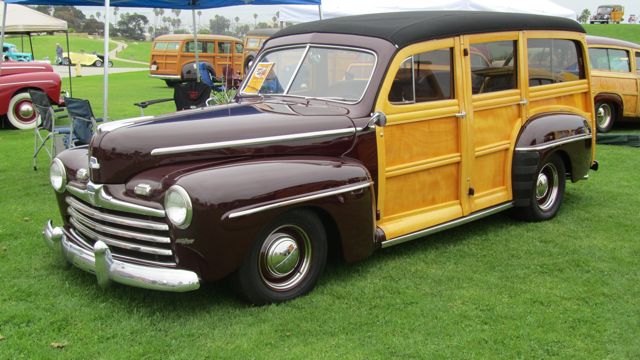 Ruby was also admired by many and received many complimentary comments from participants. 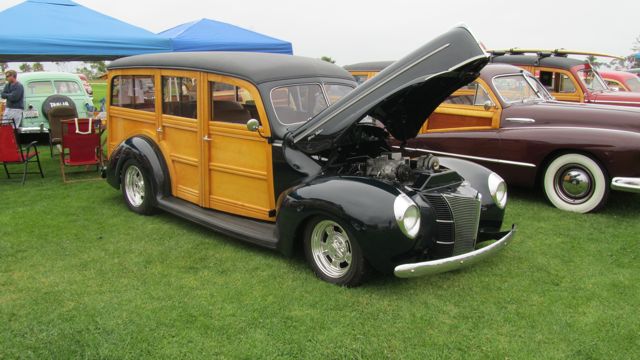 This was the winner of the best forties woody award from the SBWC. Â The car was really very nice and featured lots of trick components, one of which was an FI crate motor disguised as an early Corvette unit. 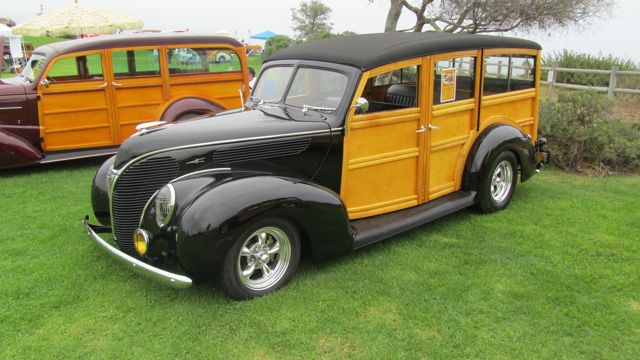 Seldom seen, the 38 Ford Woody makes a very nice car and this one was super clean with a modern driveline. 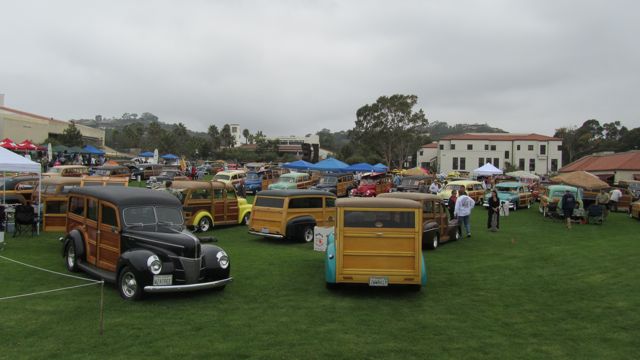 The morning crowd started to fill up the grassy knoll and you can see how much room is available to park your Woody. 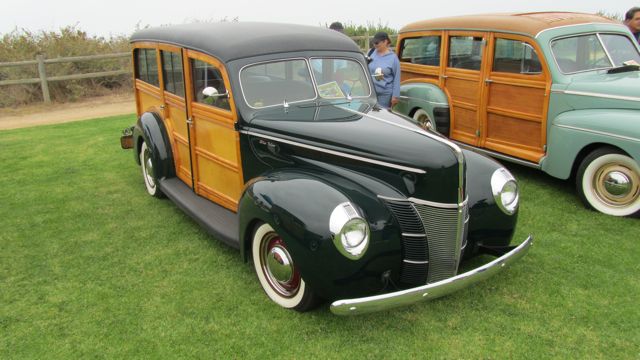 This is Gray Baskerfield’s brothers 40 Woody that has been done for years. Â Pete and Jake did the chassis many years ago. Â The color is BRG not black as it looks in this photo. Â One of my all time favorites. 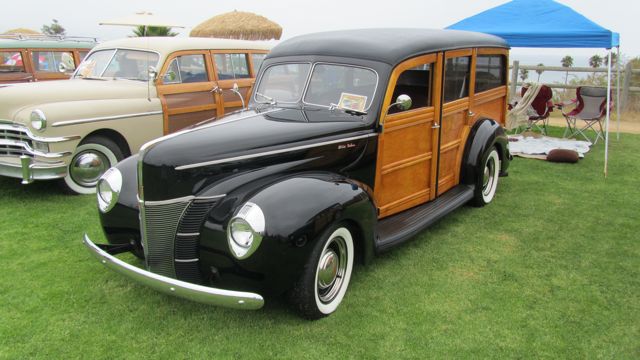 There were several nice 1940 Ford Woodies in attendance at the meet. Â Most were hot rods with modern suspensions, but there were a few stockers also. Â I like both types. 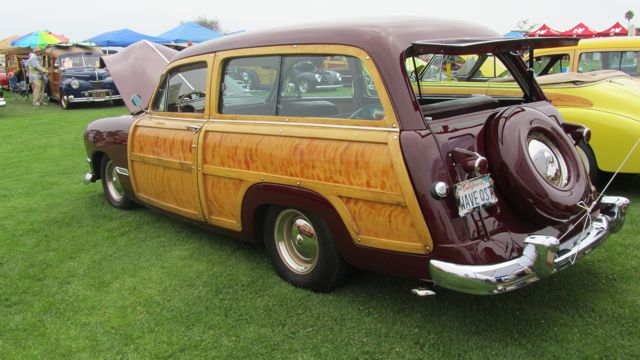 Parked directly behind us was this very nice 1950 Woody with a late model Ford driveline and super nice wood. Â Many people like the 49-51 as they don’t have all the squeaks and rattles of the earlier Woodies. 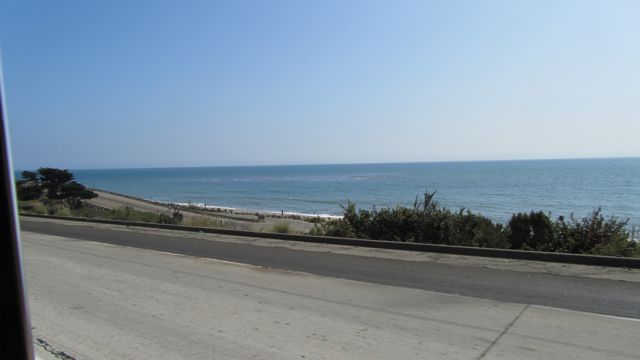 The trip home was really nice and Jane took this picture at 70 mph somewhere below Santa Barbara. Â The Pacific Coast Highway has long been the place for cruising. 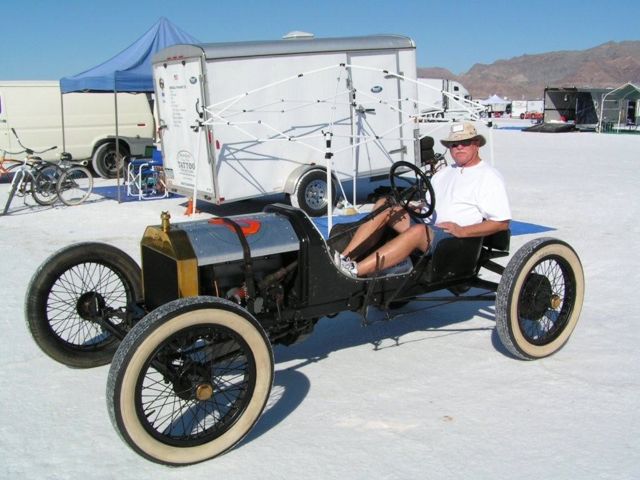 Don was having a ball at Bonneville in this pit car. Â Looks like the way to get around to me.