The weekend was full of car events for me but I did accomplish getting all (almost) the parts gathered for the engine installation. Â Bob O came over to help me yesterday and I discovered I needed more parts before we could actually install the engine. Â It has been a while since I have installed an engine in a car and I had forgotten that I needed interlocking motor mounts rather the pre 68 mounts. Â I worked at GM when we recalled the cars due to breaking engine mounts and have always made sure I had the later 1969 style for my installations. Â One thing you don’t need is the rubber separating from the steel and letting the engine fall down. Â I have included some photos of the difference if you are not aware of the different types of mounts. Â You can purchase both types.

I borrowed a ratchet style motor installer from Bob O that allows the engine to be titled down in the rear to enter the transmission cavity. Â I think I will have to purchase one of these Harbor Freight specials. Â I will not have the engine done by tomorrow so I am putting the parts back in the garage as my wife comes home tomorrow. Â She can help install the engine later this week.

The National Collector Cars Appreciation Day at CLU was a huge success with several hundred cars participating. Â I walked as much as I could and left about noon and the cars were still showing up. Â I don’t think they had any room left for additional cars when I was leaving. Â Most of the cars were of later vintage but there were a few I enjoyed seeing. Â I have had my shows for the year and can enjoy later makes the rest of the summer. Â The Throttlers and the Hot Rod Reunion are also my type of show and they are later in the year which rounds out my show schedule and goals for this season.

I need to stop and start cleaning the house as the “Boss” will be home tomorrow and I will be glad. CLU is near my house and is a beautiful campus for a car show. Before you question my tastes, this is a ladies 51 custom and it was one of my favorites at the show. Â When I was in High School this is the car I wanted (not pink) to drive to school. Â I searched the junk yards and car lots but could not locate one I could afford. Â Note the exhaust tips routed through the bumper. Â Mine would have been Honduras Maroon with Dodge Lancers. 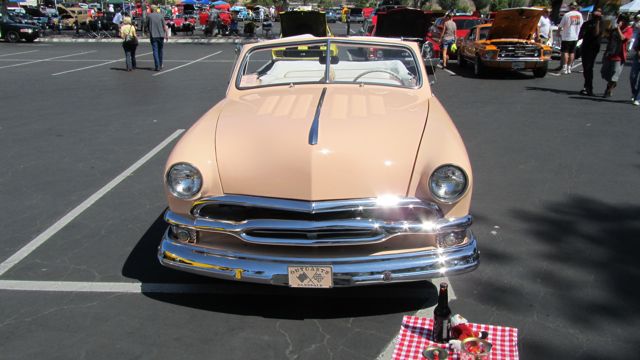 Perfect front end. Â The Pontiac grille, frenched headlights, bull nose and louvers are correct in my mind. Â I would have preferred Robin Egg blue with a Cadillac engine in my younger days. Â I saw one like this at Alton, IL Dragway in the 60’s but my father said no. She said they did the interior first and matched to paint to the color of the leather. The Memories book brought many good thoughts to me when I was younger. Â I think all of us have one car that has a special meeting. Â Maybe that first “Love” of yours and those romantic evenings have always stuck in you mind. 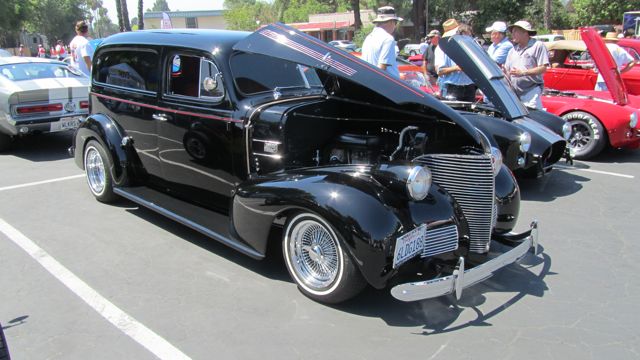 I talked to the owner of this very nice 39 Chevy SD for a long time. Â He purchased the car off eBay and made it perfect. Â The sheetmetal was very straight and very black lacquer which was applied over 20 years ago. 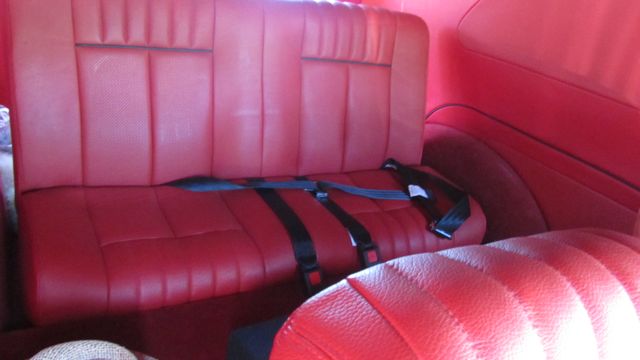 I really like the second seat which is out of a Dodge Caravan. Â It is the third seat and fold down and pulls out if not required. Â He paid $40 at the junk yard. Â He said his grandkids love it. 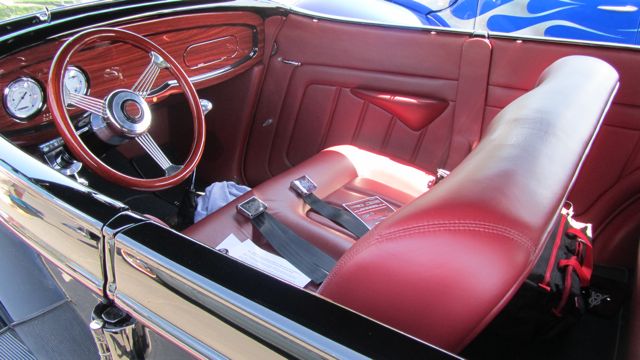 Mr. Kelly had his 34 phaeton at the show and since you have seen it many times on Pewsplace I thought you might like to look at the gorgeous Mangus interior. Â Note how the seat is pushed back from the b-pillar. Â I don’t know how Jim keeps the tub together but I presume the pillar has been reinforced with steel. Â The phaeton was one of the nicest cars at the show. 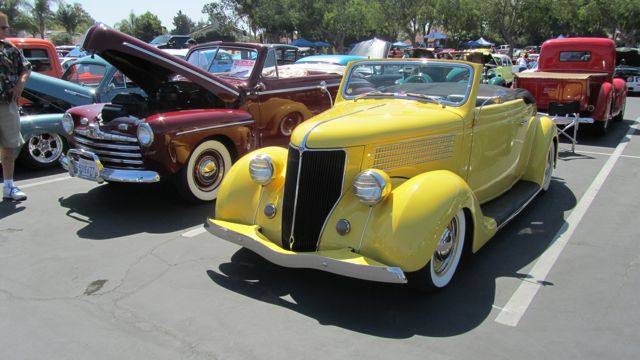 Here are two hot rod favorites a 47 convert and 36 Cabriolet, one stock and one modified. Â Both fun to drive. 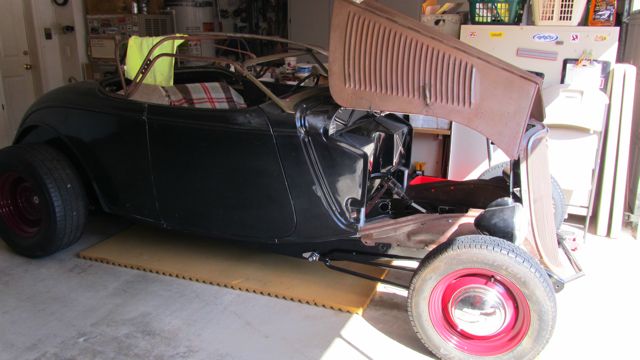 I did work over the weekend and here is proof. Â The car has not been touched in over two years until yesterday. 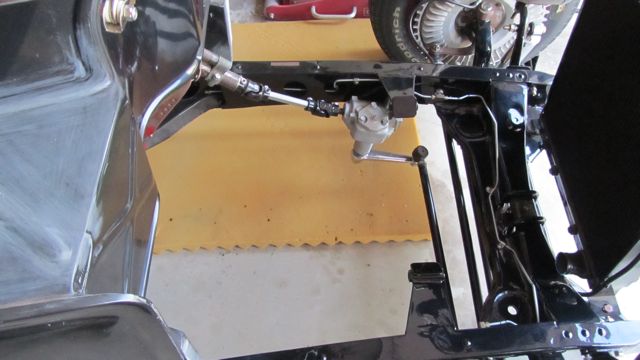 The engine compartment is huge and is waiting for the SBC and auto trans. Â Where are those motor mounts? Â I don’t remove the radiator until the installation is ready. The safest place for a radiator is on the car. 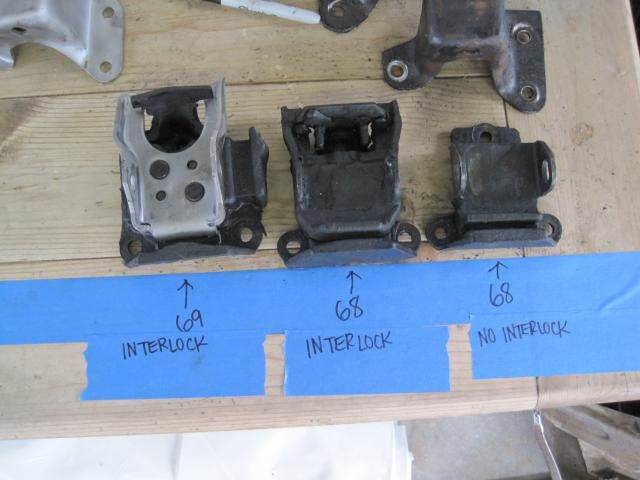 I know you all know this but I have seen the early ones fail many times. Â Napa has them and they are cheap. I know you probably don’t like these “Fatty” Fords but here is an example of a very cool “High School” ride with back seat comfort at the drive-in theater. Â These cars are very affordable and cool. Fat Jack has built some of the best sedans around. Paint them Black, Maroon or Green and you have a winner.