The forecast for the weekend was not good due to the winter storms that have been dropping the temperatures to freezing and snow in the mountains. Â The weatherman was even threatening snow levels down to my back yard. Â The Big Three Swap meet had a good day friday but rain caused much pain on saturday. Â Dave captured some good photos and I will post them for you today. Â The Early Times run was not looking good on saturday, but by sunday morning all was well and Bob O and I headed out to Tri-C Engineering for the first stop on the run. Â I arrived early at Tri-C and there were a few cars in the beautiful industrial park facility. Â I waited a while and soon the cars were pouring in from all over.

Tri-C is a fully equipped Hot Rod shop that builds cars and manufactures parts for the hot rodder. Â Rick Creese is the owner and has been in business since 1978 which proves the business is well established and has a reputation for doing high quality work. Â The facility is large with a small showroom display area. Â Inside the huge shop were multiple automotive projects of all sorts. Â Tri-five Chevys, Corvettes, Hot Rods, Customs and some movie cars were under construction. Â I would estimate there were about 100 cars that showed up at the first stop. Â  I think everyone enjoyed the tour and after some coffee and donuts they headed to the next stop which was Fennels Auto Restoration. Â I checked my phone to see where Bob O was and he had left a message that his beautiful 5 window had broke a rear shock and he was stranded on the off ramp about 10 miles away. Â I forgot about the next stop and headed down to his location to see if I could help him. Â When I arrived, I saw the coupe listing to the passenger side with the bias Firestone whitewall Â hitting the top of the fender. Â I knew he was upset, as this is his favorite car to drive. Â I parked off the freeway and waited until the tow truck showed up to haul him home. Â I think this run is a jinx for me as Walt’s, Boyd built 37, quit on the last event I attended. Â Walt thinks it me not the run.

I did not make the second stop and proceeded to the third stop which was California Car Cover. Â I arrived early and went inside to look at all the neat stuff Jim has for sale. Â It wasn’t long before the cars started pulling in and I went out to take some photos. Â I checked with Bob O and they made it home without any more damage and we decided to skip Bob’s Big Boy and do lunch in Simi. Â Some days are meant to be challenging while having a great time. Â Dave continued on to the luncheon and won a trophy in his 34 tub. Â Way to go Dave. Â The day was good for me and the weather was perfect for the event. Â Thanks to the Early Times members for sponsoring the run.

The other big event was the Detroit Autorama and the Riddler Award winner. Â You can read all about it on the HRHL site. Â The winner was a 1956 Ford convertible from OK. Â Congratulations to all participants who braved the cold MI winters to show their cars.

The wife comes home today so I better get the house picked up. 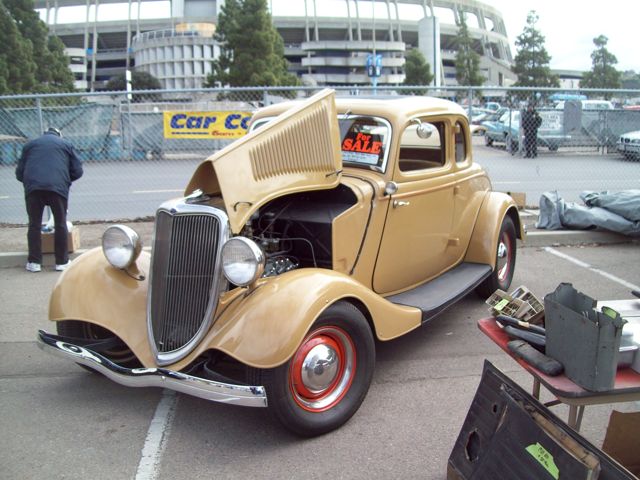 The Big Three always has some nice Fords in the Car Corral. Â This sweetie pie was a very nice car and basically stock. 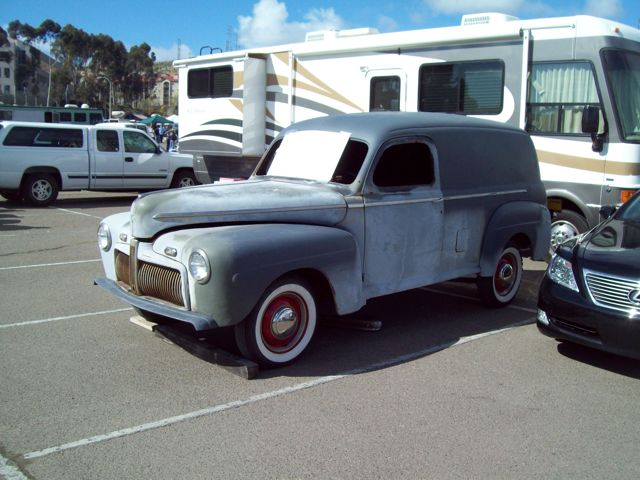 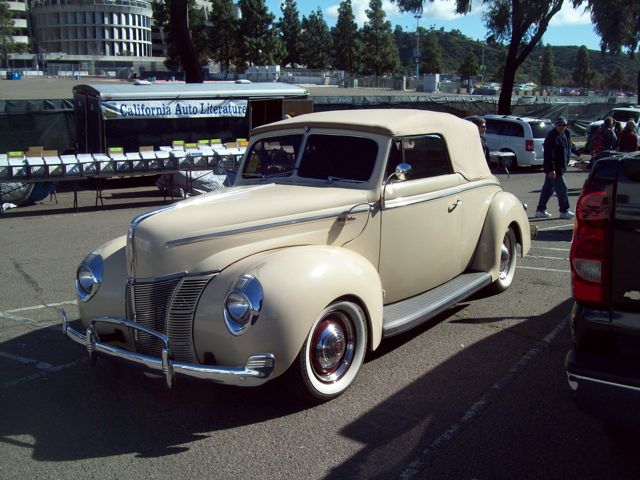 I have shown Jim’s 40 convert many times over the years and I never grow tired of looking at this beautiful convert. Â I don’t know if it was for sale, but if it was it would be way out of my league. Â My wife loves this car. 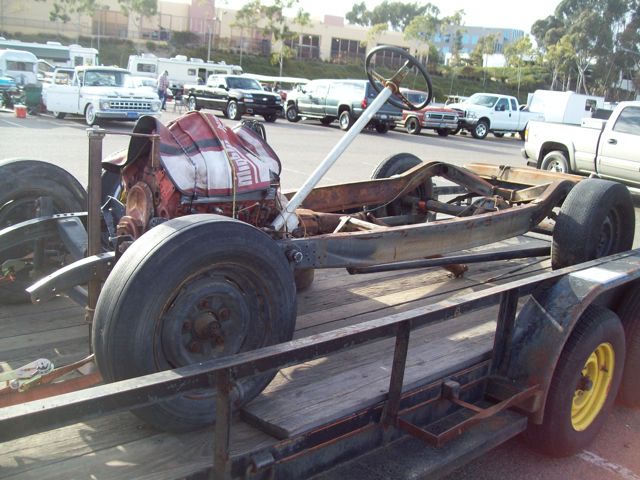 For the Deuce lovers who want the real deal and have a “Fat” wallet you could have drug this home and told the wife you stole it. Â Remember when we replaced these rusty hulks with a new Deuce Factory or TCI chassis. Â I sold several for under $500 or less. 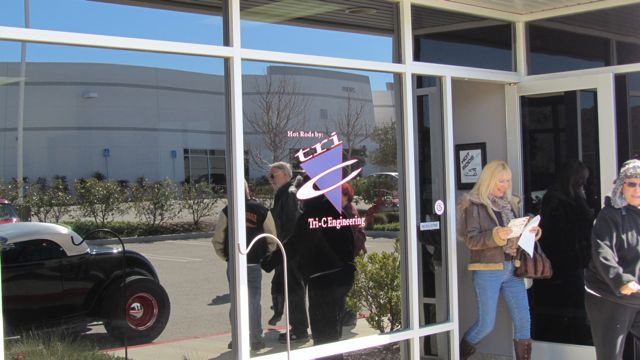 Tri-C Engineering was the first stop on the run. Â I captured this SRM Deuce hiboy stopped in front to let the wife out after the long ride up from LA. 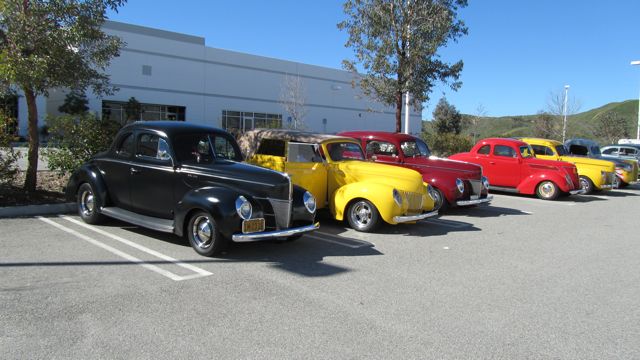 The cars arrived in groups and these fat boys were all together. Â There were two 39 convertible sedans in attendance. 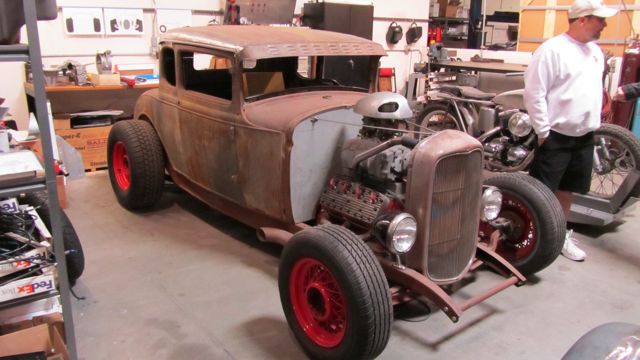 Inside were numerous cars under construction. Â The Model A Â on Deuce rails had a lot of trick items. Â Check out the blower on the flathead. Â I hope the bottom end has been redone. 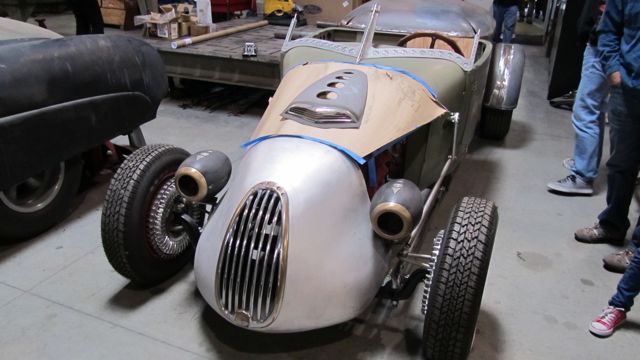 A very unique 29 RPU with a Mullins style rear bed was full of engineering tricks and one off items. 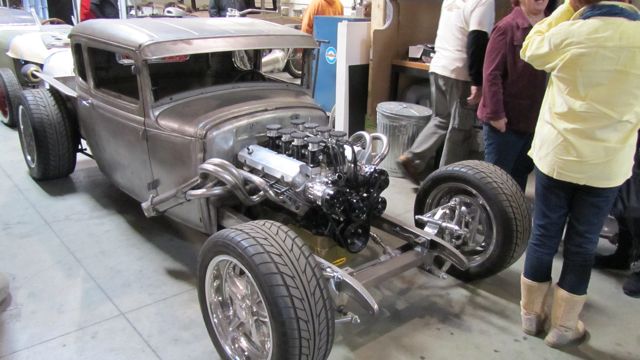 If you don’t like a roadster then how about a coupe pickup with IFS and high end LS motor and wild headers. 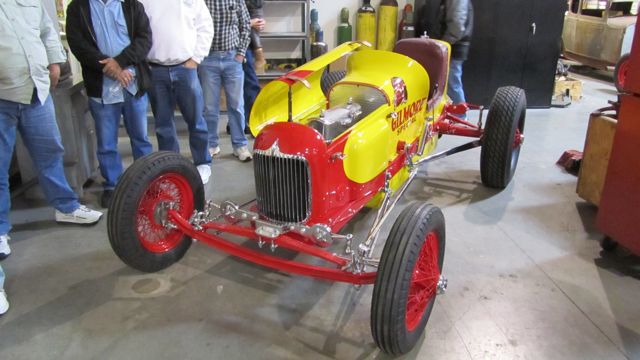 Race cars are a specialty of Tri-C. Â Detail is flawless on all of their work. 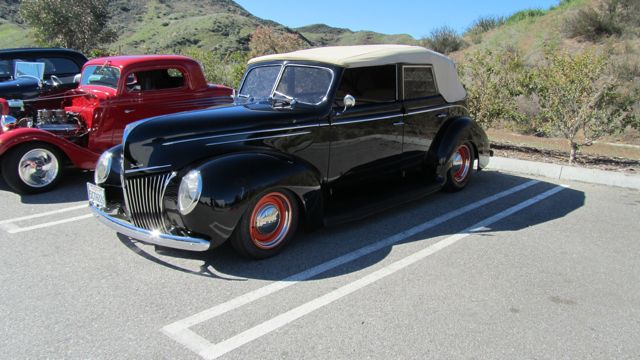 My favorite Fat Jack built 39 4 door convertible looks just as good as when it was completed. Â Jack knows “Fat”. 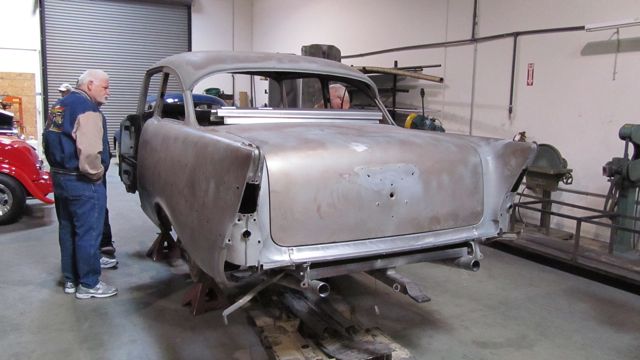 A 57 was in for a complete upgrade by the Tri-C team. Â Nice sheet metal on this one.

Today’s roadside assistance….I hope this never happens to you. 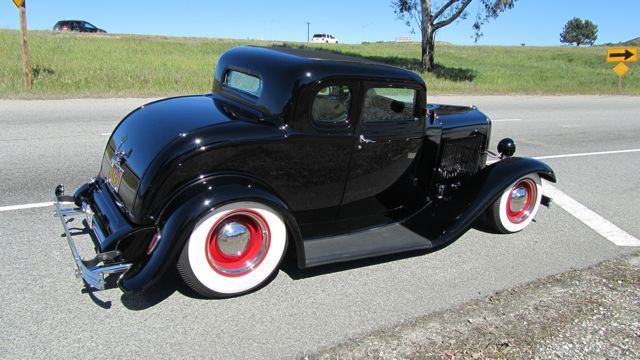 You can see how the tire is holding up the car and it burned the paint on the fender but did not damage the fender. Â The rear coil over shock broke at the top mounting point after hitting a pot hole in the road. Â The threads stripped out of the aluminum eye at the top. Â Not a pretty sight but no one was hurt and not a lot of damage was evident at this point. 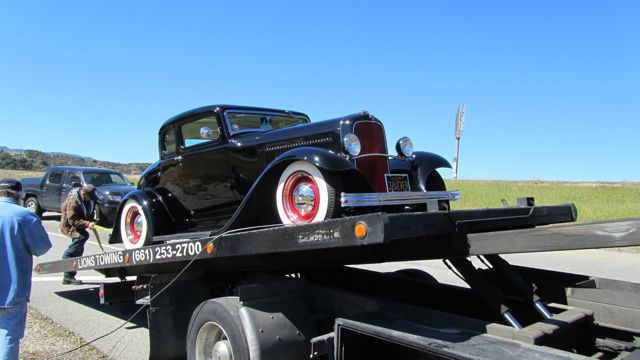 If you are not a member of AAA you need to join. Â The tow truck driver was very careful and no further damage was done to the car.