We had a wonderful weekend in LA. The weather was picture perfect for hot rods and roadsters to go anywhere they wanted. My wife and I spent an enjoyable time with our son and his wife which is what life is all about. I did not attend any shows but did receive photos from several of my viewers. Frank took his 5 window to the “Deuce of Spades” premier and sent along some photos. Steve went to P-Town but thought most of the cars were late models and the show offered very few Deuces and Forties to photograph. I think that is the sign of the times. If you look at this month’s Street Rodder Magazine you will see a big push for late model rides. I think they need to sell magazines to a younger generation and are changing their business plan to increase print subscriptions. The internet has changed the world as far as sharing information. YouTube makes news and events available right now not 6 months from now as seen in print magazines. SR featured the LARS in this month’s issue. I featured more cars on Monday after the event than they did in the entire article.

I understand not all people use the internet but soon the user numbers will soar to new heights. If you don’t learn to navigate the net you will be left out. Advertisers can purchase banner space for a fraction of what print ads cost. In today’s competitive world of commerce you need to reach your target audience the less expensive way possible…the internet is the avenue to take.

John Force captured his 15th points championship this past weekend at the age of 61. Congratulations to a great drag racer who survived a major crash and just keeps winning. 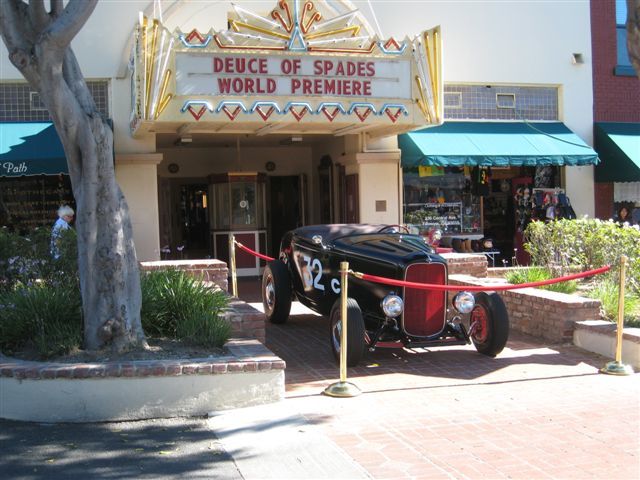 Faith’s movie debut was a big hit. That is her roadster (star of the show) out in front of the sold out movie theater. Congratulations Faith! 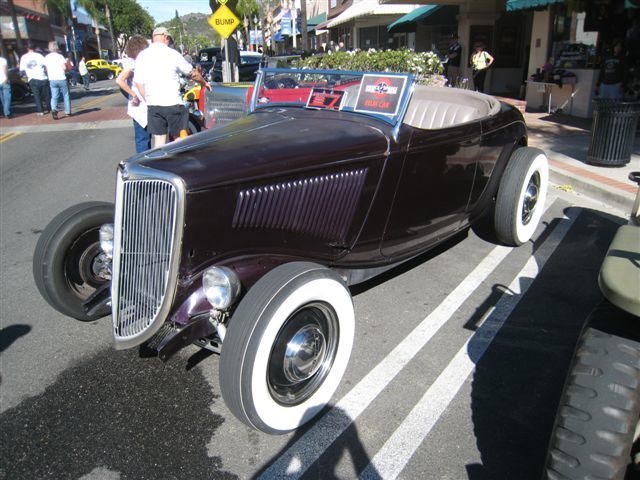 Kevin was looking good in his hiboy roadster with Eastwood chassis. 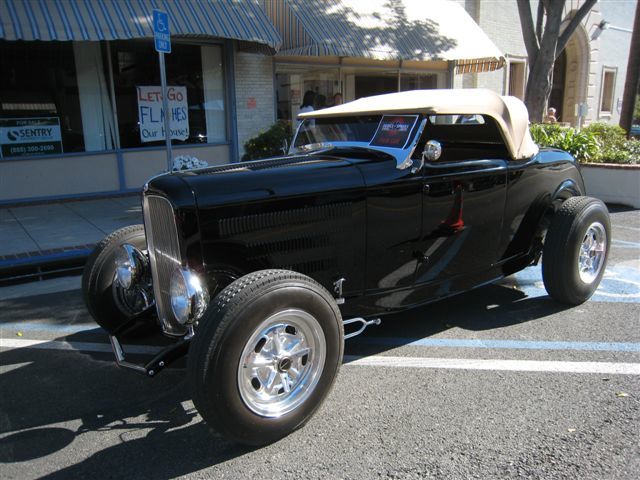 Nice roadster with a modern touch. It looks like a SO-CAL built unit or kit. 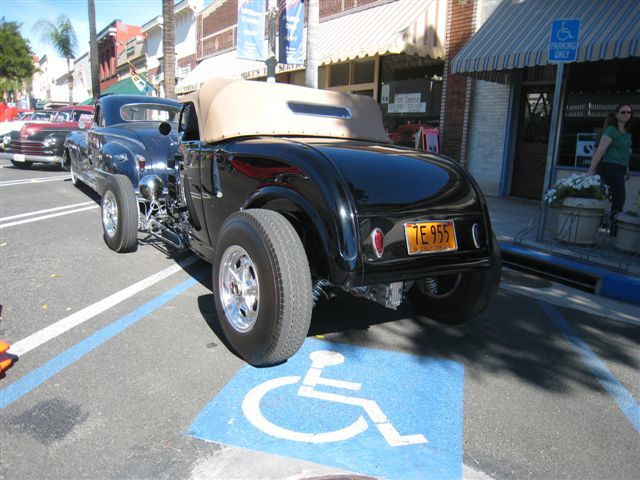 This is the look I like…a QC peeking out the rear waiting to start screaming after the show is over. Let’s head to the malt shop. 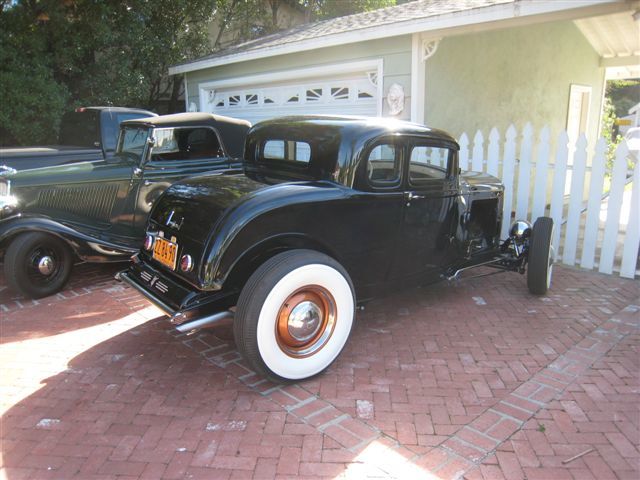 Frank was right at home with his chopped five window. I don’t know if he was able to see the show but I am sure everyone admired his coupe. 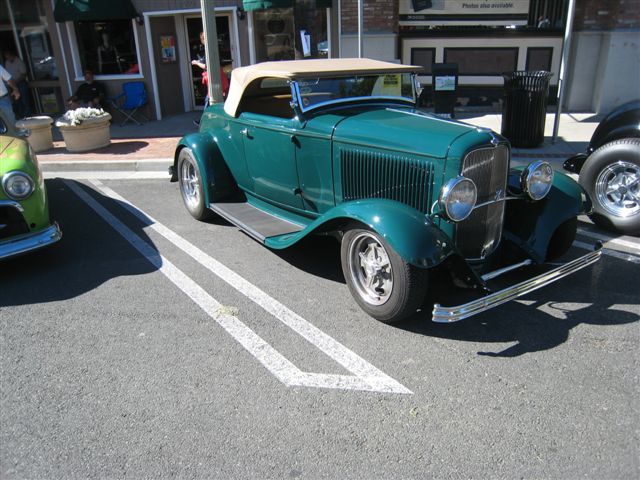 I think this is a car that was built back in Illinois by Ken and later sold to a new person in LA. I have looked at this build of an original deuce and it is very nice. 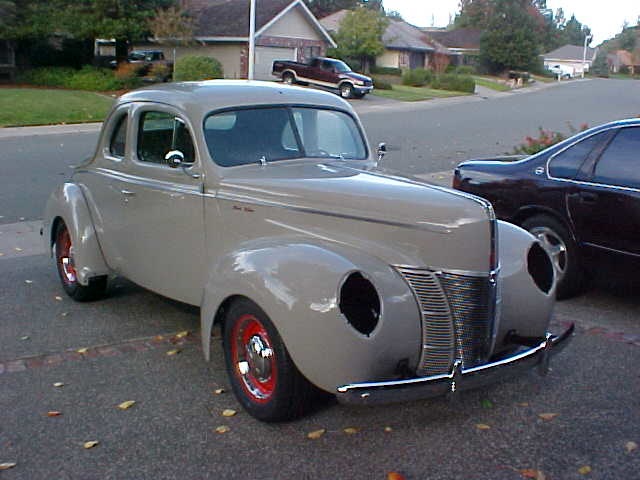 Tim sent along some photos of his new coupe. He is taking her to the upholstery shop this week and then he will be doing some finishing touches before putting it down the road. Up next is a 40 Woody. 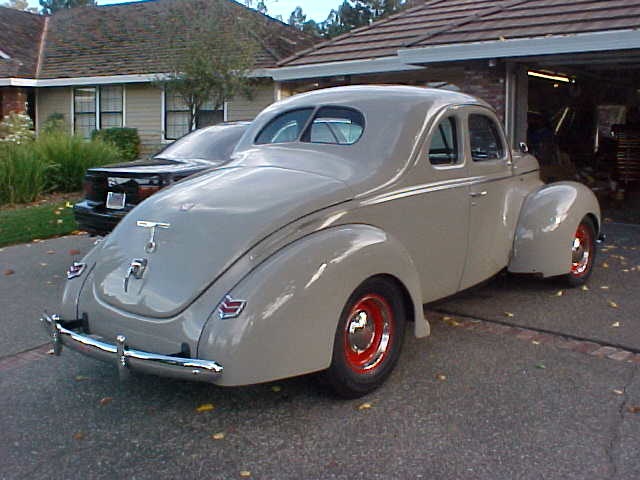 A forty coupe really looks good when you see them sitting with a good rake. Tim has the look down perfect. 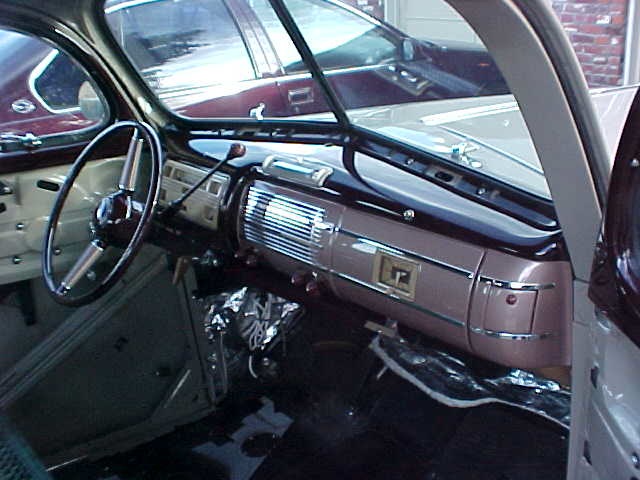 The very stock looking dash has lots of hidden modern conveniences that makes driving a pleasure. 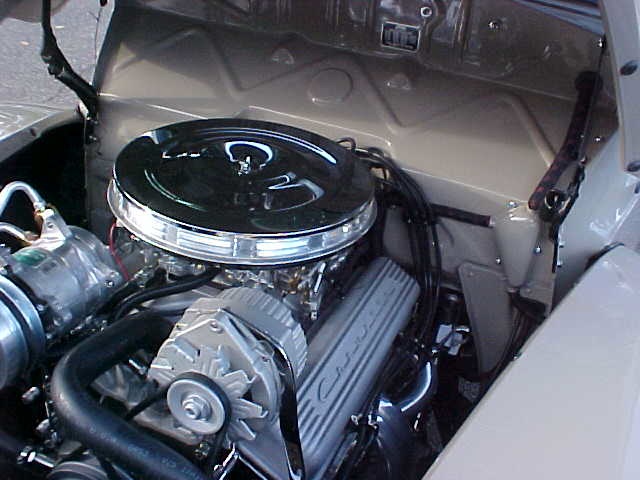 The engine compartment has the early Corvette valve covers and air cleaner sitting on top of a mild 327 with a 350 transmission. Nice detail with all the components. This will make the new owner a beautiful coupe. The color is Folkstone gray an original forty color. 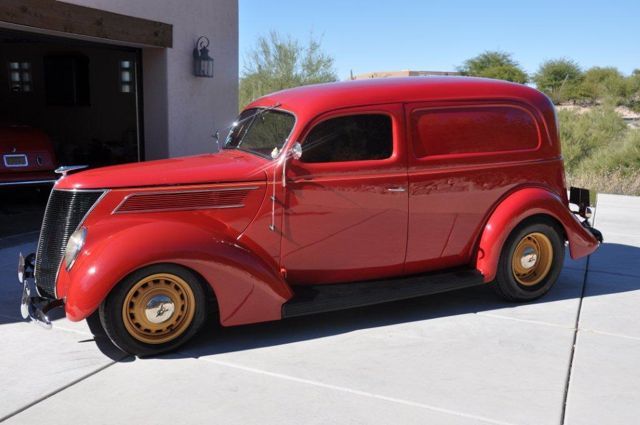 Formerly from Orange County this beauty now resides in Arizona with its new owner. A rare model that really looks good as a hot rod and provides lots of room for long trips and treasure hunting. The new owner added the neat wheels.