I had a wonderful weekend working on the house and attending the San Dimas car show. The Early Ford Store is the reason I like to go to the show as they always have the neatest cars for everyone to view. This year was no exception. Bill had just purchased an old hot rod 34 3 window coupe that was really in great shape with lots of patina. I did not have much time so I have a great breakfast at Roadies and set out to take some photos. Sandy, from Marginal Motors, also snapped some photos so we had a great team looking at cars. Sandy’s taste is the same as mine and she and Bob own some of the nicest cars in LA. 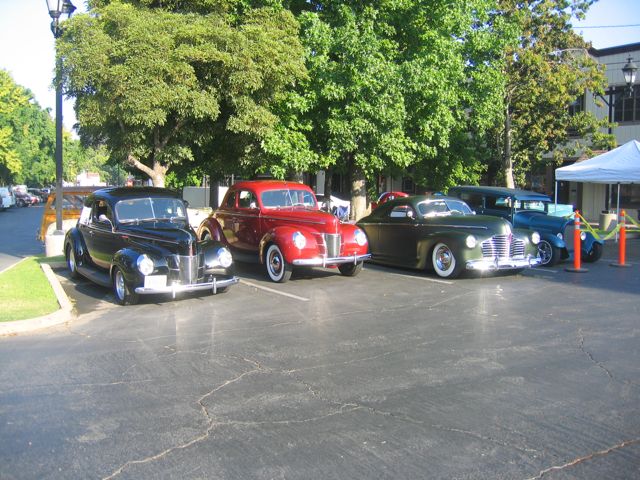 I arrived early and parked in the back lot behind The Early Ford Store. Bob and Sandy were already parked on the point. Several nice 40 coupes were in attendance. The maroon car was stock and nice. 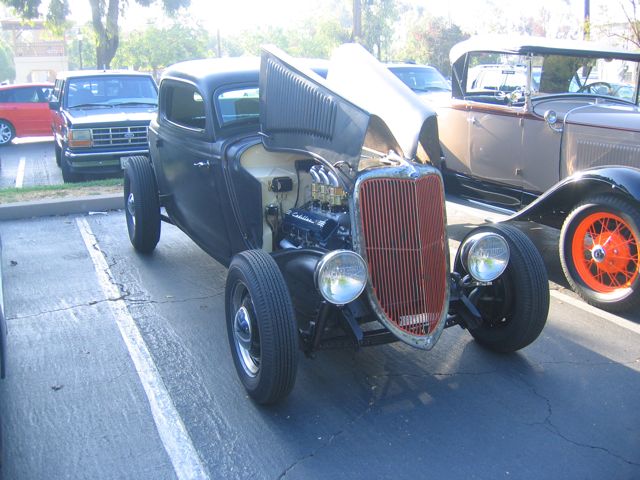 This car would fool most. A totally reproduction body and frame made to look like a car from the 50’s. The Cadillac motor was a big hit with us old guys. 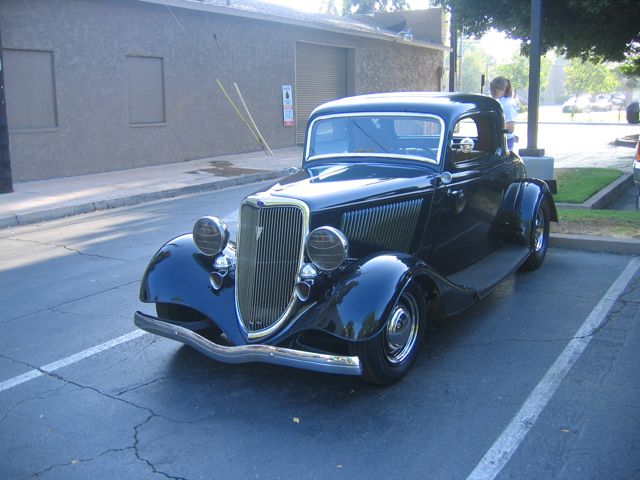 Bill had this very nice 3 window on display. The car would be nice to have and leave alone. Body and fenders were really nice as was the whole car. A Pontiac engine had been installed sometime in the past. Nice find Bill. 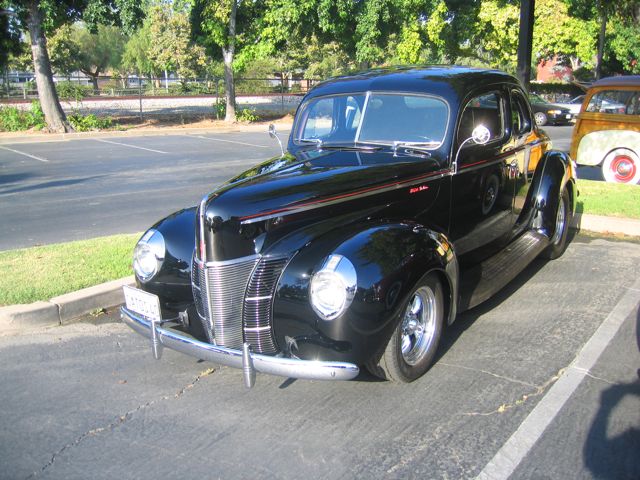 Down in the front this little black 40 coupe caught my eye and had a lot of nice touches… Daily driver for somebody. 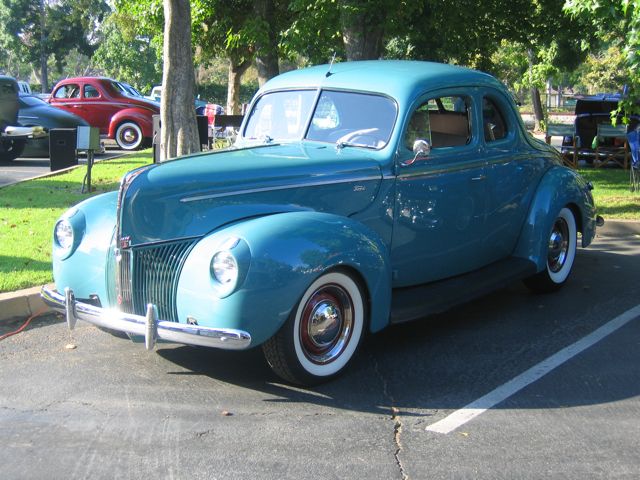 Sandy had her “Girlie” parked behind Bill’s place. I think it is the color that attracts everyone to have a second look. 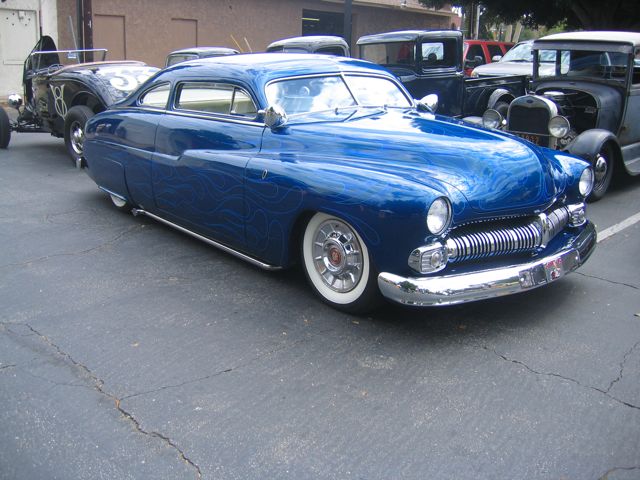 Bob O and John drove the Merc for all of us to drool over. The engine compartment is highly detailed and flawless. Nice ride! 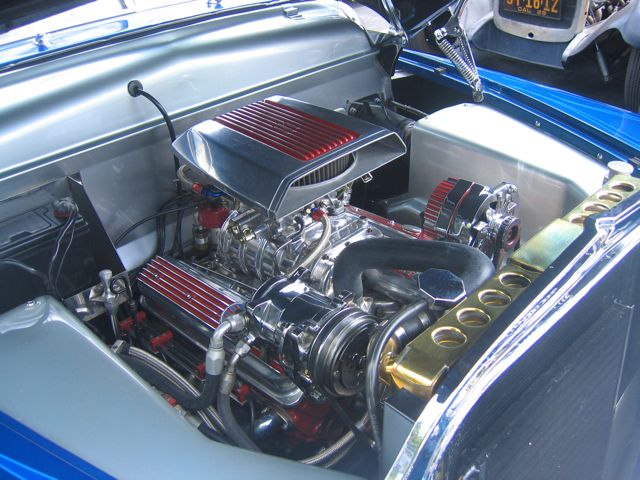 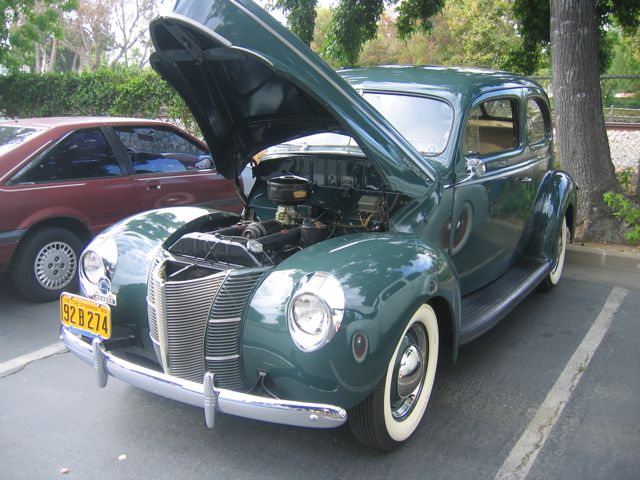 I am still attracted to sedans and this deluxe was really nice. CMG and original with dual exhaust. Great ride with lots of room. 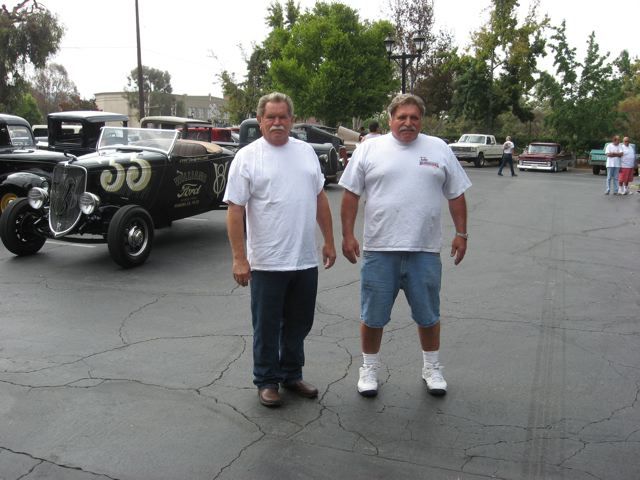 Lynn and Joey are standing guard over Lynn’s new roadster. He has another one on order. 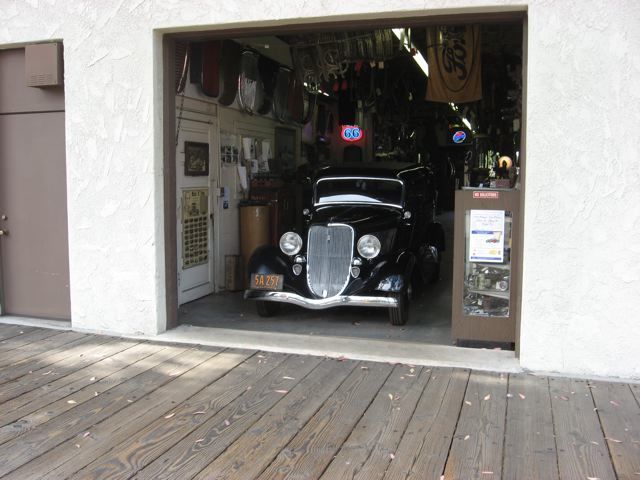 Bill had his very rare 33 Vicky on guard at the front door to his packed to the rafters store. You need to visit this store if you like early Fords and parts. Great people. 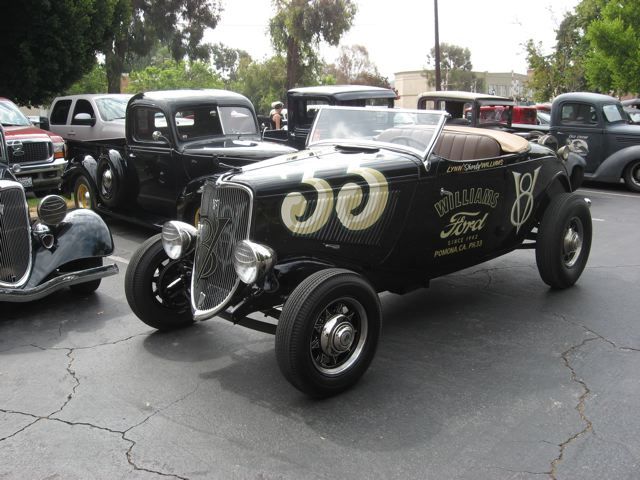 Lynn is ready to race with this one. SAR body and genie chassis and parts. He installs a stock firewall, dash and floor in the SAR body.