I was certainly surprised when I opened the final October 1980s 2014 issue of Rod & Custom and found a double feature on Lucy, my old 33 roadster. Terry had told me they did a photo shoot a long time ago and for some reason it didn’t make the cut. I forgot about it until Gary called and told me the car was in the last issue. I have had cars in the magazines previously but it has been along time ago (1980s). I enjoyed the story of the two owners, Terry and Ray and how they changed to the car to suit their taste. I love both iterations and while I would have done something entirely different I love seeing the different styles. I know model 40 hiboys are not popular but maybe someone will build one after seeing the nice feature on the car. Thank you R&C and the previous and current owners for keeping the car in top condition.

As I have mentioned several times, my inspiration came from John Mumford’s 34 that Roy built back in the early 1990s and my association with Joy Mayall (Street Scene editor) who let me drive his 33 several times. Not only did I fall in love with the style and roomy passenger compartment, but the availability of a very nice reproduction body (Wescott and SAR) made it a no brainer. I have built three of them since I retired and maybe their will be another one someday, but for now Pepe is the love of my life. A man needs a roadster to have a happy childhood which can be anytime during your life. Rich has a Speed 33 with a Roadster Shop chassis tucked away in his garage that he will finish when he tires of his Deuce and it will be a show stopper. I may head down to the Donut Derelicts Shop next Saturday and see if Ray will take me for a ride. He also has the hood sides that I would like to look at. Dreams never stop and they are always free.

The Roadster Boys are headed to the Summerland Beach Cafe on Tuesday.

Have a great week and do some dreaming â€” it’s healthy. 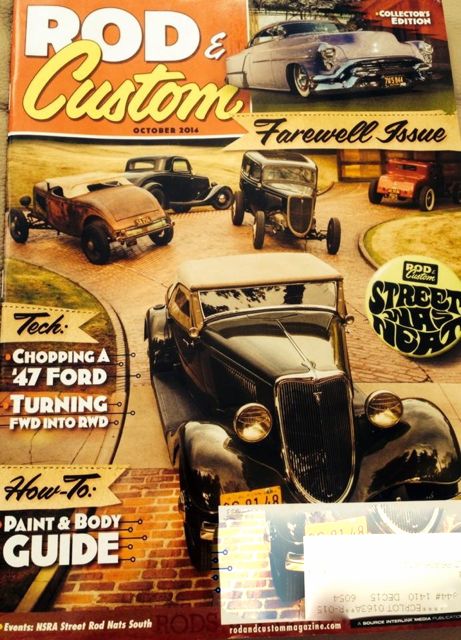 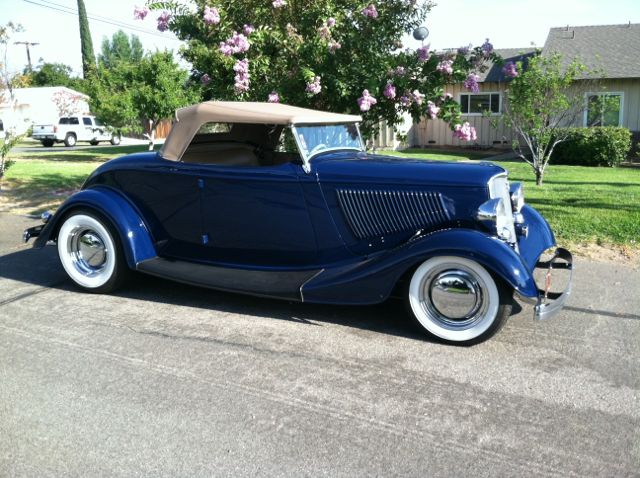 Tom sent in a nice photo of his new look for his clean 33 roadster. He added the Mercury wheels and white walls for a completely different look. I like it Tom. Neal Gates built the stainless irons and wood bows. Gary put this one back together to make it a real driver. 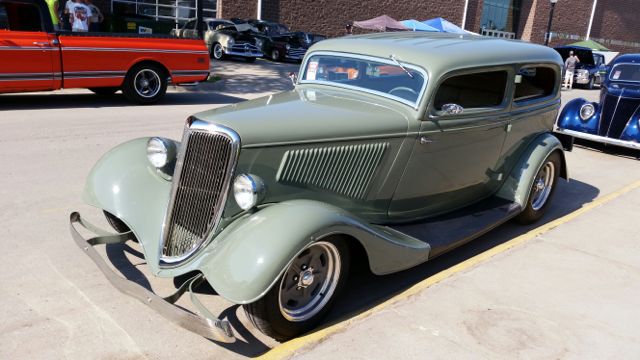 If you prefer a hammered sedan in a pastel color then this one should suit you just fine. I always liked the three piece hoods on these cars as they make them look sleek. 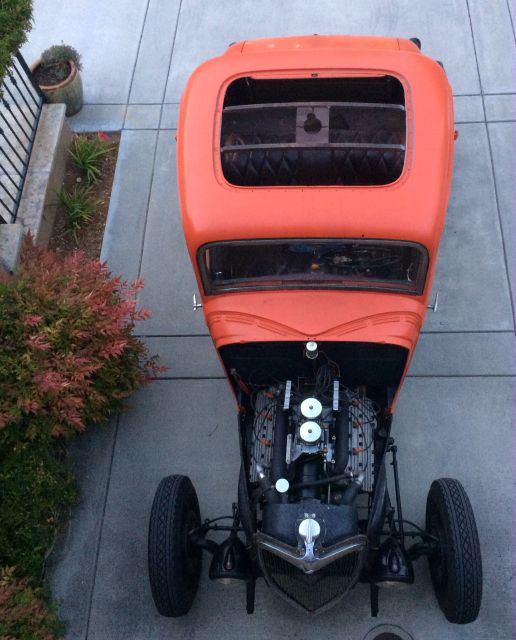 If a FlatCad is your thing, I think you will like this high school hot rod. Remember those days? 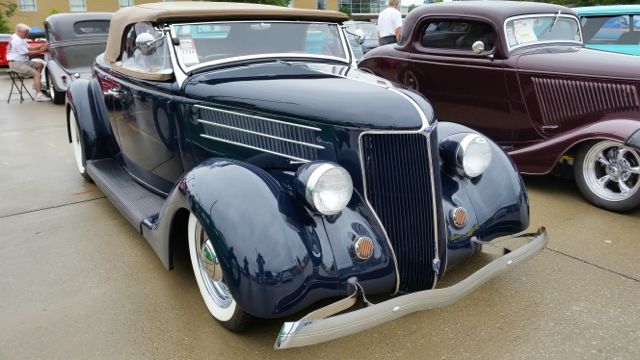 Dave described this one as perfect. Â A 36 roadster with side curtains is one of the classier rides today. 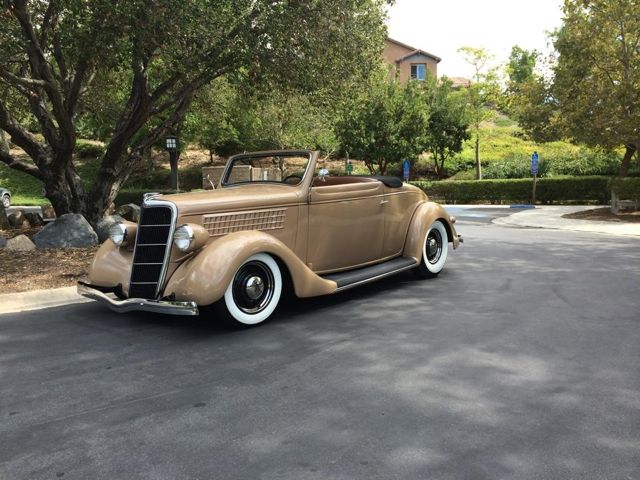 Rick thinks the 35 is a top ride and I would agree with him. The stance and color of his car is regal in appearance and also in quality. 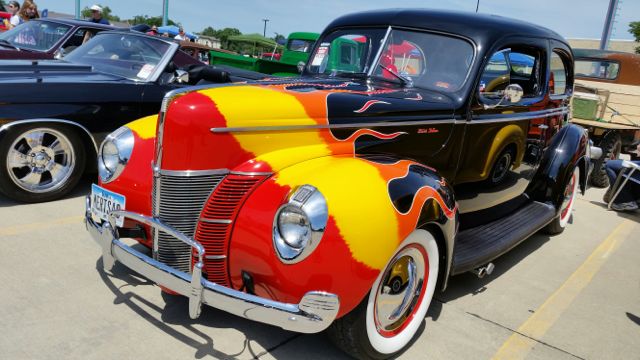 I still like the 40 Fords with flames. This one is a clone of McCoy’s famous ride. 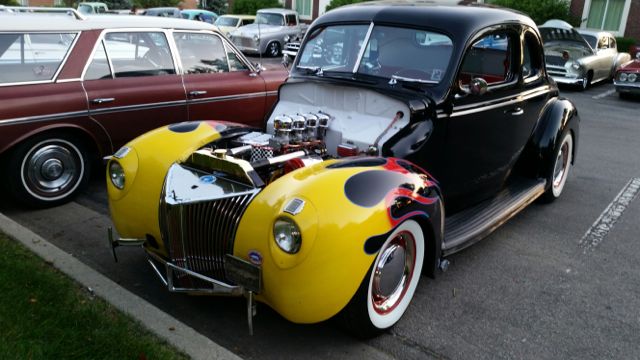 Maybe you prefer the coupes with flames, white firewalls and chrome nerf bars. Talk about a high school hot rod â€” this is it. 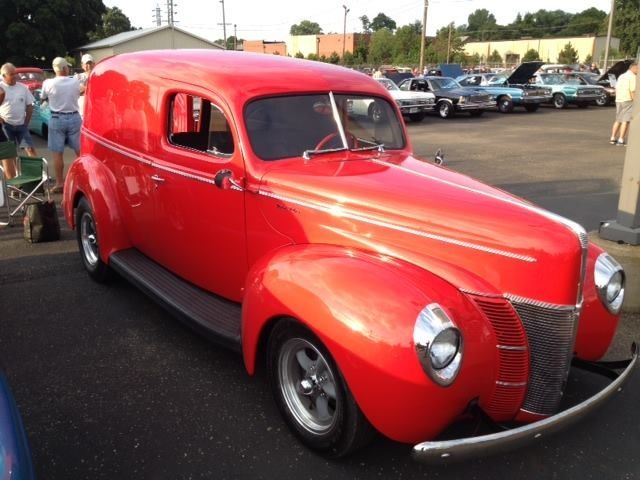 I have not seen this delivery before but it looks nice with the 5-spokes and full side trim. 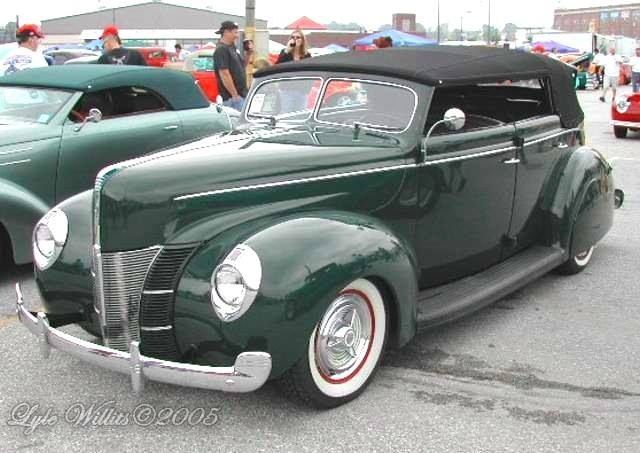 Bob-O would love one of these 39 convertible sedans (40 deluxe front end) in his garage. He might trade his chopped Mercury for one. 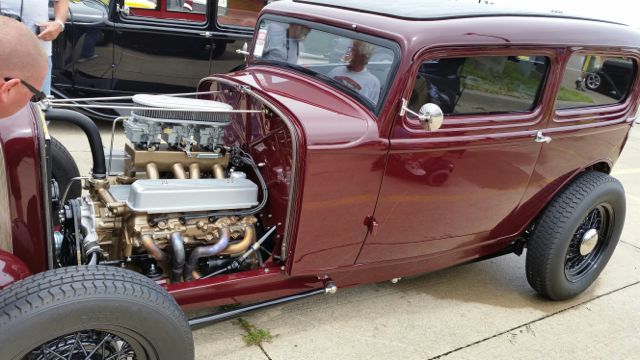 Dave is not this far along on his sedan project but this one gave him some inspiration to get going. 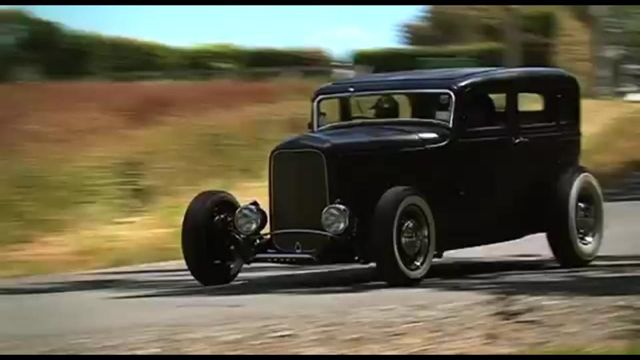 Folks, this a bitchin’ Â chopped mor-door Deuce hiboy that belongs in my garage. 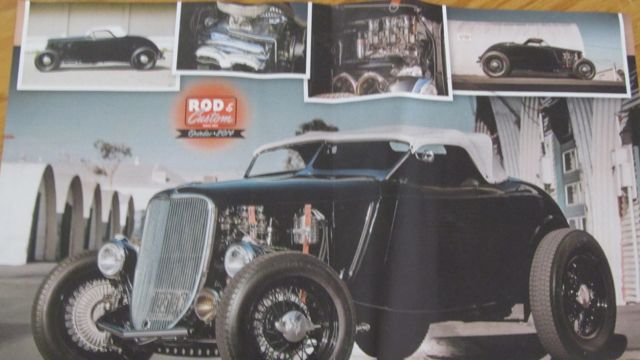 Not a great photo so buy the magazine and keep it for your inspiration and maybe they will bring it back someday. So long for now and thank you for all of your years of serving the hot rod community.