The Early Times 47th Annual Mid-Winter Rod and Poker run is in the books as a great success. Huge turnout, super weather, well organized and planned garage tours and lots of bench racing along the way. Jane and I met up with our crew in El Segundo and headed to Richard’s place in Long Beach. We were the early arrivals which gave us some time to look around Richard’s large shop which is always filled with interesting projects. We singed up for the Poker run and started with a King as our first card. The sun came out and the cars lined the streets. We soon were on our way to the first of three stops. The first stop was the Long Beach Antique Mall which is a huge building filled to the rafters with antiques. We looked over the large inventory and then headed out for our second stop which was Circle City. Known for their traditional style Hot Rods we spent more time here looking at several cars under construction. Jane finally dragged me away and we headed over to BRC Fabrication, which is a huge well equipped shop, with several cars under construction. In that same industrial complex, two more shops were open for our tour. Rudy, at Fullerton Fabrication had some really traditional projects under construction and a Mercury that he had just chopped. He is a metal master. Finally, we visited another small shop in the complex, where they were working on a very nicely done 36 Ford 3-window. The day concluded with a lunch at Fuddrukers for our group. We finished off the lunch with some nice cookies and brownies and then headed home. The traffic was not too bad and Jane was able to catch the Oscar dresses and enjoy her glass of wine. A perfect day living the dream!

Thanks to the Early Times for another great Mid-Winter Rod and Poker Run â€” you get my Oscar. 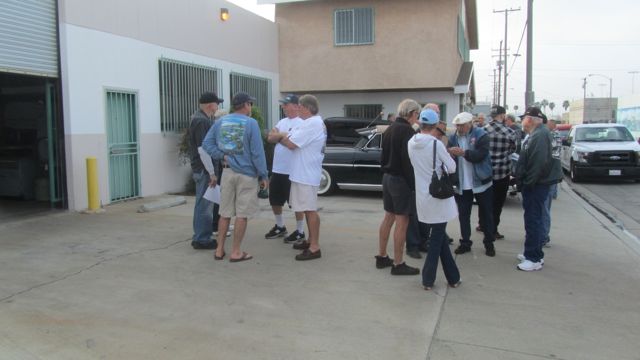 Richard’s is a great place to meet up with people you don’t see often. 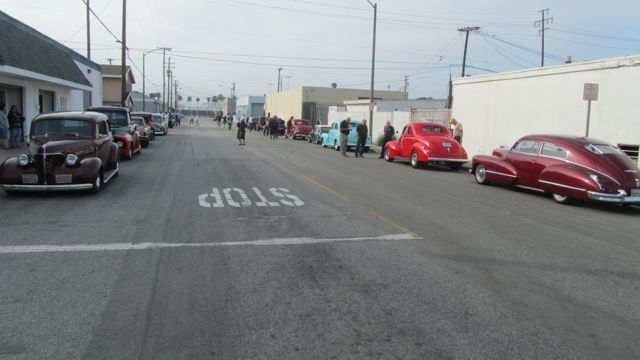 The streets were lined with Hot Rods (about 60). 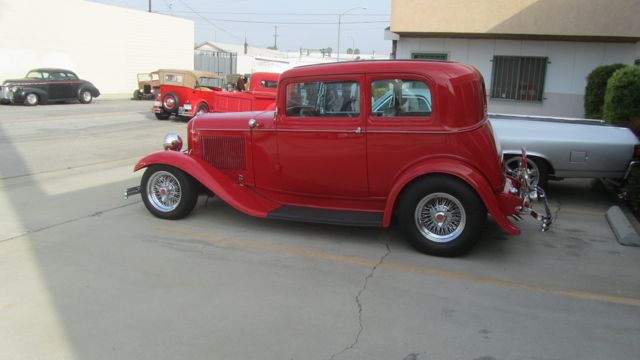 An 80’s style Jag suspended Deuce Vicky was really a spectacular car and looked like it was just finished, when if fact, it is an old build. 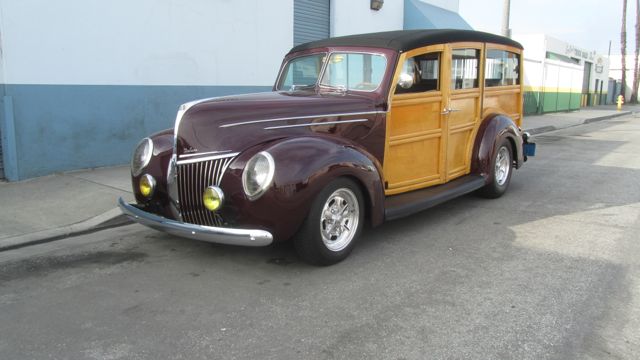 Long time Hot Rodder “Rabbit” had this beautiful 39 woody for all of us Woody lovers to drool over. 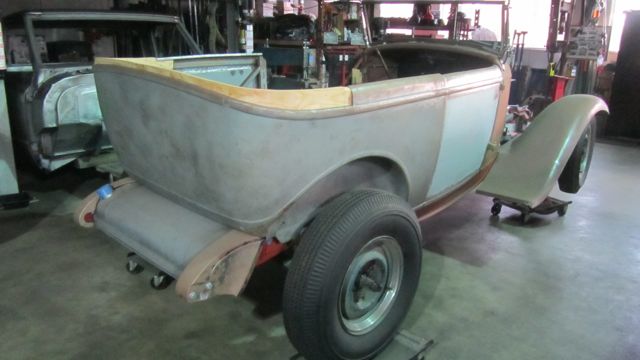 One interesting project in Richard’s shop was this tudor phaeton that he has been working on. Made from a tudor bottom and a hand fabricated top section was truly a work of art. 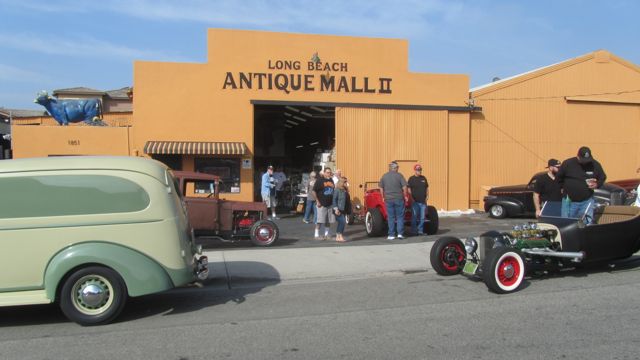 The first stop was the Long Beacch Antique Mall II. You could spend several hours in here and not see it all. Love this joint! 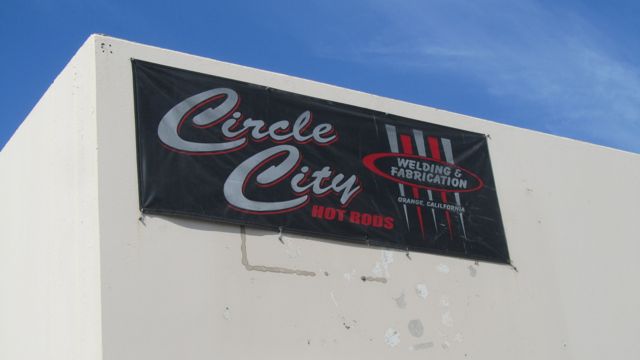 The second stop was at Circle City Hot Rods. This shop was full of traditional style cars in various stages of completion. 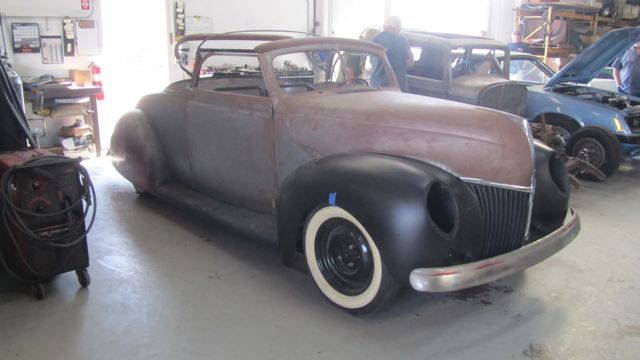 This 39 convertible was well along and featured a chopped top and some fancy metal work on the interior. 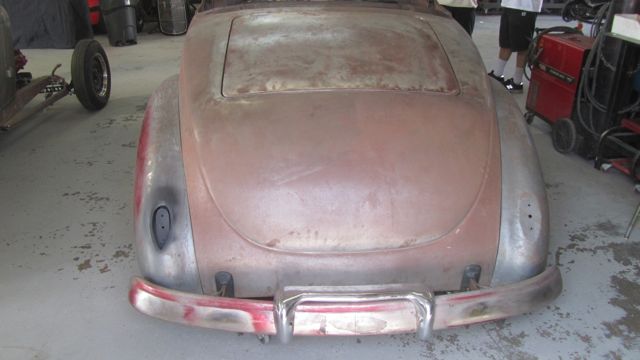 The rear had some work done on the tail lights and a custom bumper with guard has been installed. 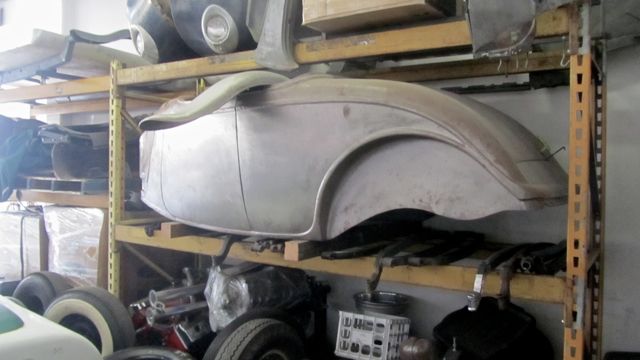 I spent some time looking at this SAR roadster on the shelf and tried to figure out how to fit it in the back of Pepe. Nice piece. 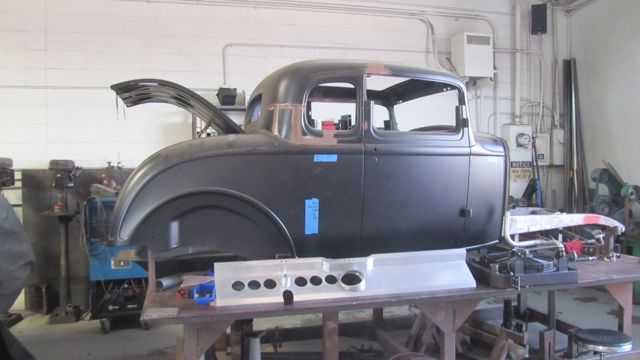 This UPI body was channelled over the frame by several inches and chopped about 3 inches. 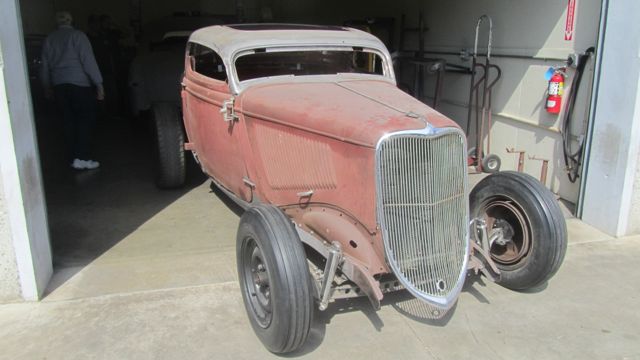 Rudy at Fullerton Fabrication had this 33 coupe guarding the front door to his shop. He makes them from several pieces and they come out super nice. 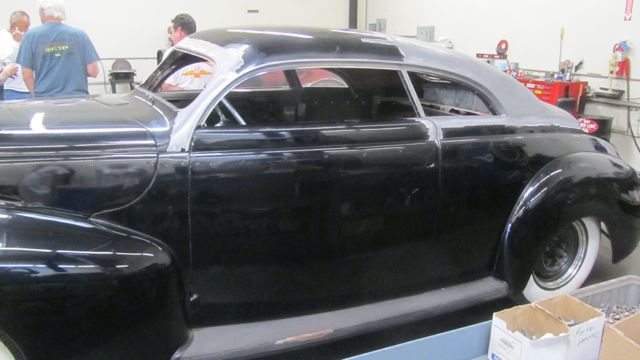 Rudy was just finishing up this Mercury showing off his metal working skills. He has the eye for chopped tops. 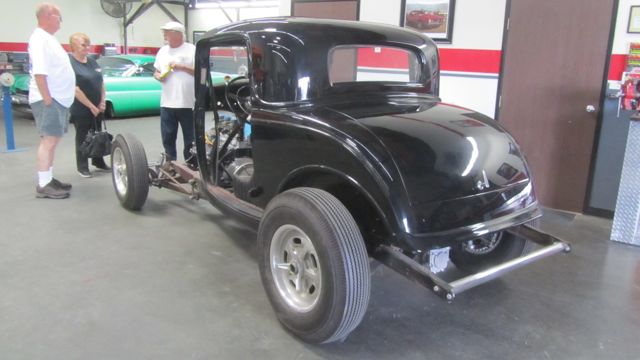 BRC had a very nice well equipped shop with several high end projects under way â€” like this Deuce 3-window. 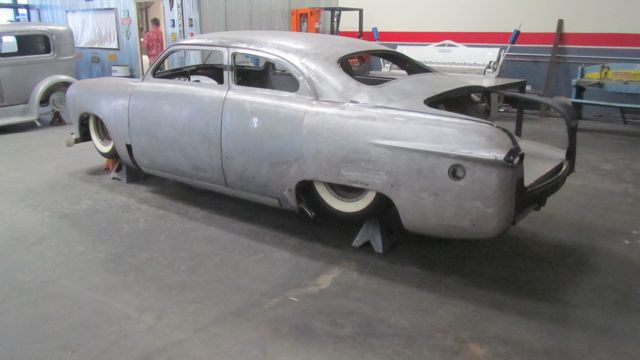 The shoebox started life as a four door and the chop was perfect. 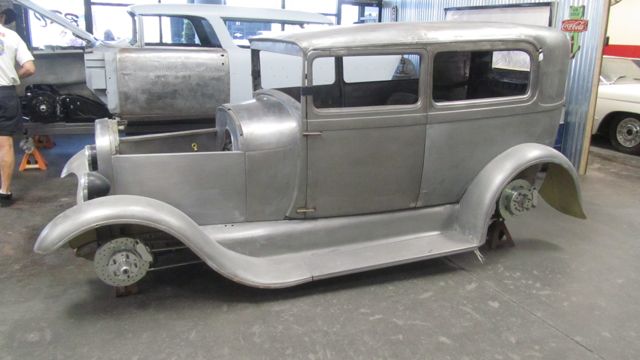 A full blown 29 with tons of metal fabrication caught me eye and really was well designed. 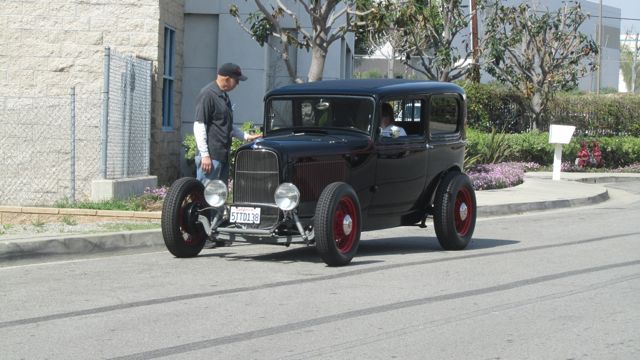 Walt was talking to Richard and thanking him for a good time. Richard has lots of nice rides like this Deuce Delivery. 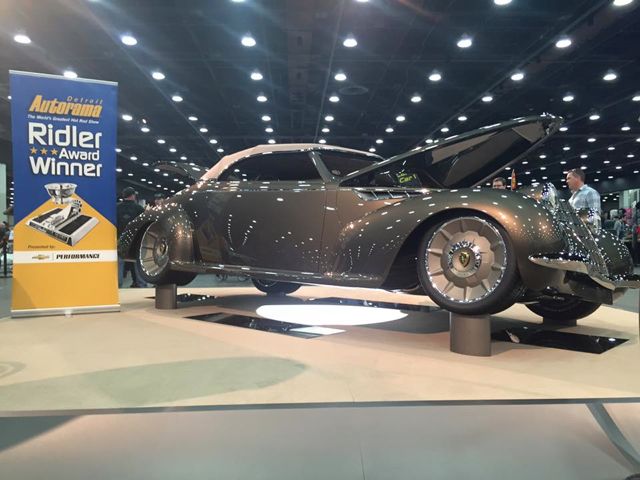 Congratulations to Billy and Debbie Thomas for winning the Ridler Award at this year’s Autorama with their stunning 1939 Oldsmobile.