My daughter’s wedding was wonderful and we enjoyed the small town of Half Moon Bay immensely. What a beautiful setting among the cliffs, ocean and farm lands that surround the city. We stayed in a quaint old Inn (HMB INN) and were treated like royalty. We did not make it down to the Woodies on the Wharf but saw several examples while cruising the scenic route 1 that snakes around the Pacific coast. I wouldn’t want to drive this route at night (which we did) as it is pitch black and treacherous in places. Yesterday, on the way home, we saw several hot rods and customs coming from a show somewhere on the central coast which made the long trip more enjoyable for me. Funny how the boredom of driving soon becomes exciting when you see a hot rod or woody in front of you. The adrenaline increases as you speed up to catch a closer look and give the normal thumbs up wave to the driver. After too many hours in heavy traffic, we reached our home and fell asleep quickly dreaming of the beautiful wedding of our daughter and Pace in a truly unique setting in Half Moon Bay.

Forty Ford Day was a huge success with record setting attendance on a beautiful, sunny California day. Walt said the whole park was full of cars and a large increase in the non-Forty Ford section. I am sorry I had to miss the show but we had a good reason. CW has several photos on the HAMB for your viewing. I sure hope the word spreads about the 75th Anniversary of the 1940 Ford next year. Next to the Deuce, the 4o Ford is the Icon of the hot rod world and needs to be recognized. Followers all over the US should be planning some special events for this vehicle. Organizations such as NSRA, Goodguys, Petersen, NHRA, Ford, Drake, Carpenter and all the Forties Limited clubs should be making some big plans. Merchandise such as pins, hats, shirts, mugs , etc., would sell at these celebrations just as the “Deuce Stuff” did. If you love 40 Fords then start talking to anyone who will listen and maybe we can even have a 40 is 75 Tour as we did in 1990 for the 50th. The event could start form various parts of the country and end up in LaPalma Park for an epic event. I am excited â€” are you?

I would also like to congratulate the BTTF producers for their huge show this past weekend. Facebook has lots of photos.

The season is in full bloom and it’s officially summer time. Enjoy the events in your hot rod and take the wife/girlfriend or children with you. 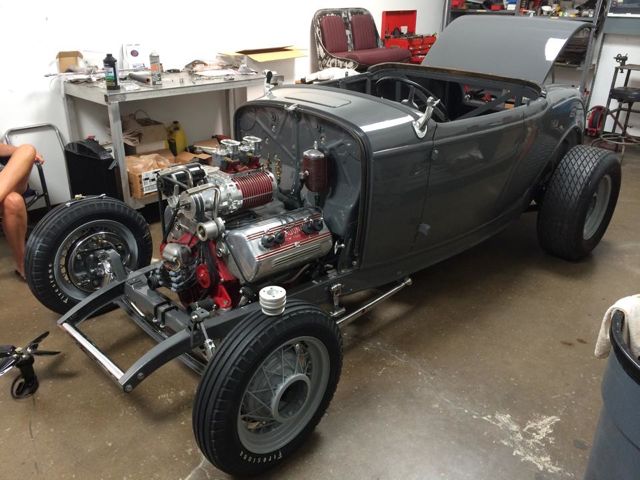 Greg is headed back home now but not without taking a few more photos of his travels in the US. He wants to show the folks back home that the Ardun/flathead is not dead. This engine cost way more than the car components. 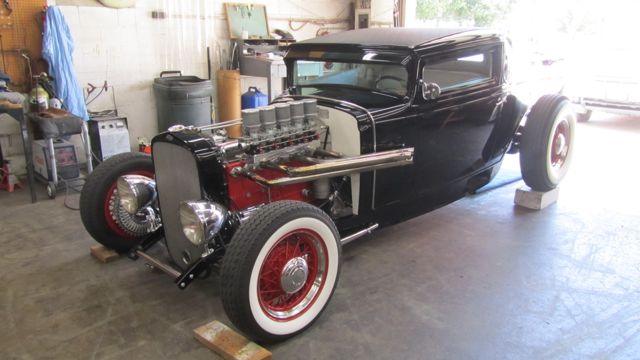 Alan called and said he had something in his shop I would like. He was right! A rare 1932 Chevrolet hiboy with a GMC six engine was in for a seat modification. The car was on a heavily modified Deuce chassis. 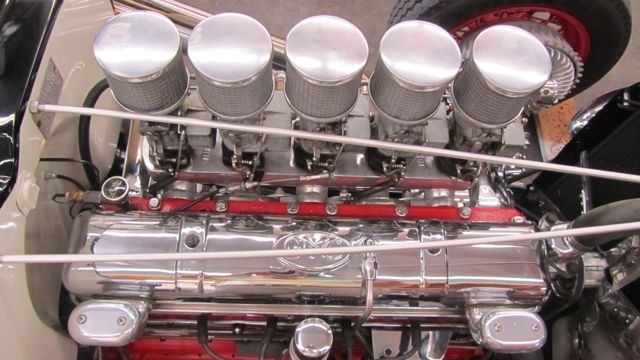 This sound of this engine would put the Cackle Fest cars on the trailer. 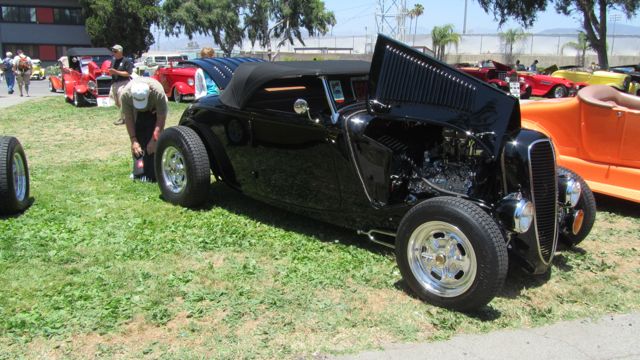 I have admired this car for a long time. Mike drives it and has it for sale but no takers so far. Workmanship is first cabin. 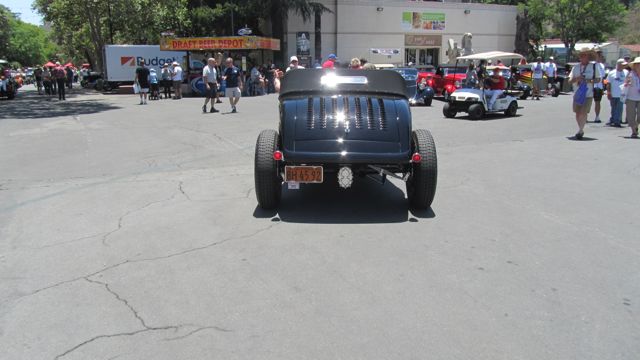 As he was leaving, I caught a photo of my favorite “Rear End”. I love the look of the model-A rear spring but not the ride. 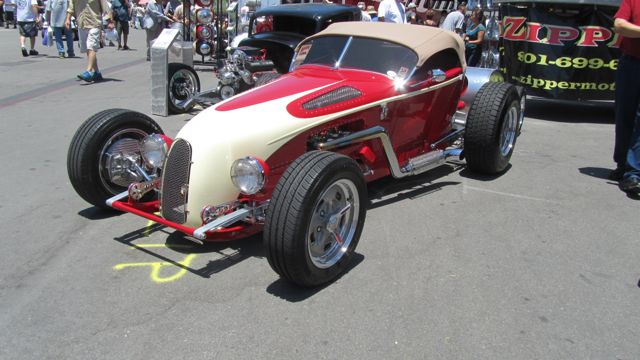 Neal has his Zipper in the booth showing his version and teardrop trailer. He has owned a bunch of cars over his life time. Many were trendsetters as this one is. 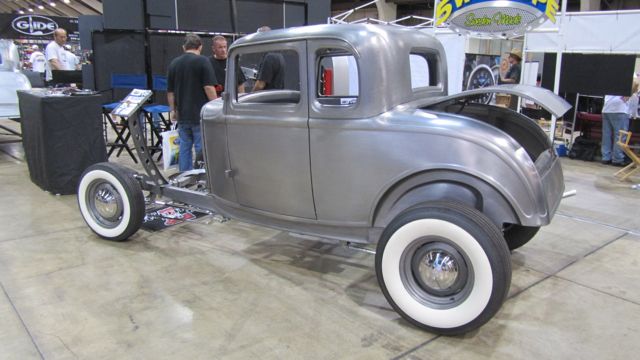 Another mfg. of the 5 window coupe was displaying his kit version. He resides in Sweden. 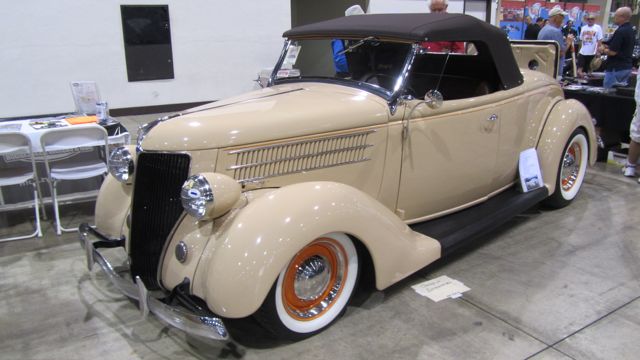 Gary liked this color on the perfect 36 roadster resto-rod. Sharon would look good driving this one. 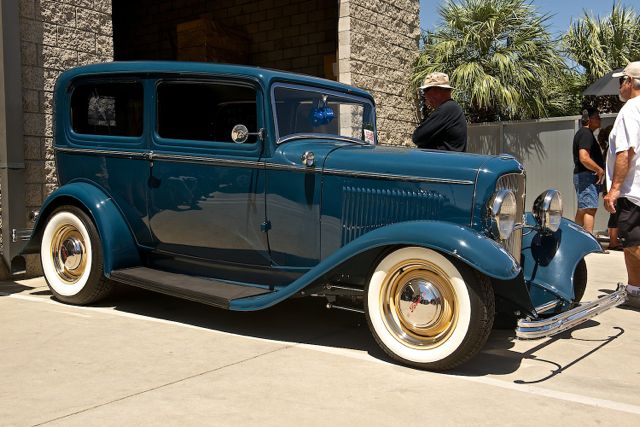 Mr. Bob drove his Porsche Acquamarine Blue Deuce tudor to Pete’s and had reserved parking. This is one fine sedan and belongs in my garage. 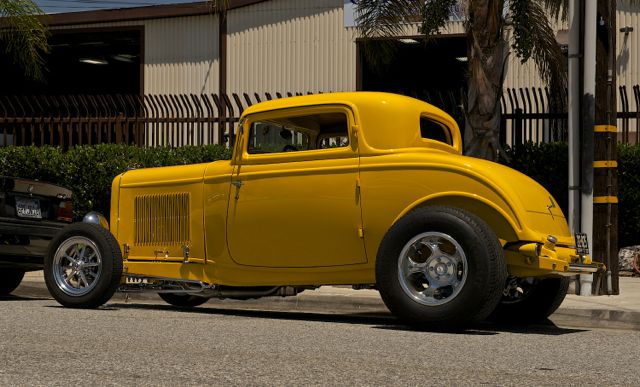 There were many nice three windows at the LARS and I must admit, I do love ’em. The suicide doors make entry much easier than the narrow roadster doors. The Murray body is also a little wider.

Monday’s Photo of the Day! 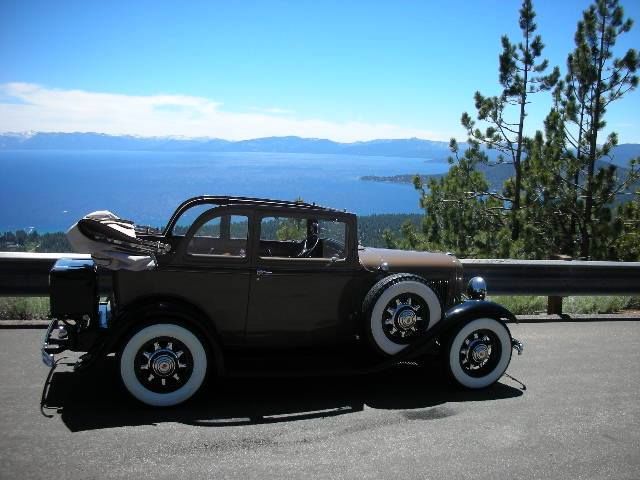 Doug’s killer B-400 goes everywhere but looks the best at home in Lake Tahoe.