I have never had an interest in the 32 Ford pickup as they were always too small for my physic. I have seen some really nice examples, both in the hiboy and fender less versions. I had a chance to trade Andre for a project Deuce pickup but I really didn’t want another project at this stage of my life so I passed. I had forgotten about the Deuce pickups until my friend called and asked me to go look at a body that was for sale in town. I told him I would be glad to take a look at let him know what I thought about the condition of the cab and doors (that is all there was).

It turned out that the old cab and doors were decent but missing everything with some rust and lots of lumps which you would expect from a farm truck. I only mention this venture as I did not know how much Deuce pickup doors were bringing these days. It seems they are the roadster doors of old. My friend may be interested in buying the project but I told him I would look for a better more complete body if it were me. I know they are popular among hot rodder’s so I will keep my eyes open for a nice project that may be for sale. I am a truck person but prefer the 1940/1 models Fords for looks and a little more room (not much).

The Winter Nationals were this past weekend but I did not go on Friday as usual. I worked on Pepe’s tail light problem and put some more wax on Curvy. I also watched the start of the Daytona Speed Week where Danica won the pole position for next Sunday’s Daytona 500. I am not a big fan of NASCAR but I think I may stay tooned this year and see how she does.

Have a great week and start thinking about the Early Times Mid-Winter Rod Run this Sunday the 24th. You can watch the race on your smart phone. 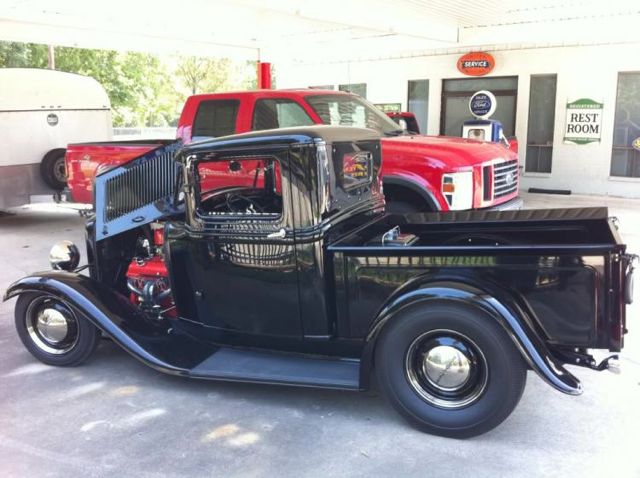 You have to admit the Deuce pickup is a classy ride for anyone who loves trucks. Stance is everything on these trucks as you see by this example. I have a long time friend in Detroit who is building one for his last build. 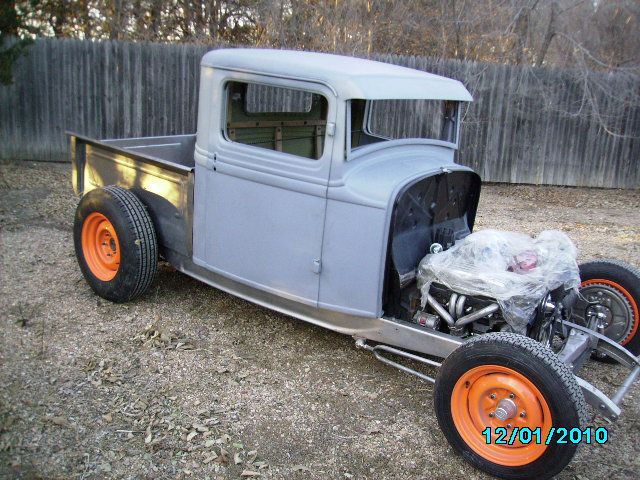 Gary has built a nice project truck that would be perfect for my friend. I would leave the fenders off for now. 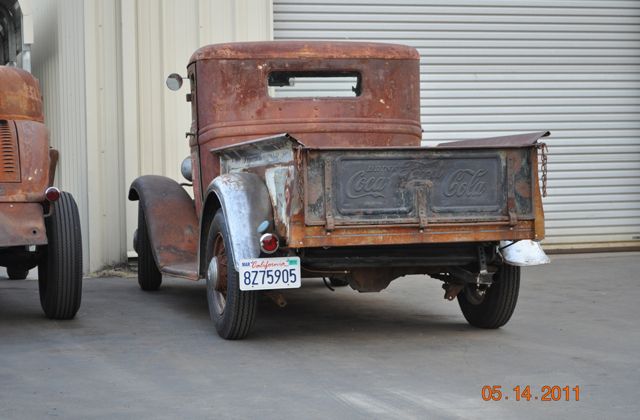 Sometimes a rusty one catches my attention. This one is a collection of swap meet parts and ingenuity. Rear fenders are premium priced also. Brookville’s are different from stock. 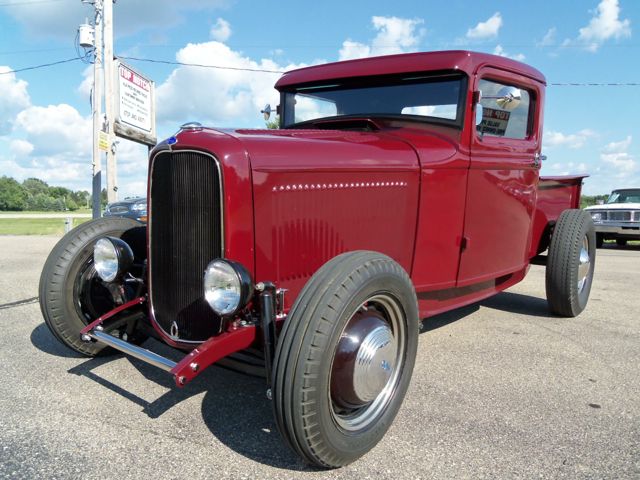 Here is a cutie that would be a fun cruiser to the “Office” for the important morning staff meetings. Not much room in the cab but lots of space in the bed. Bob-O would add a white tonneau cover and be done. 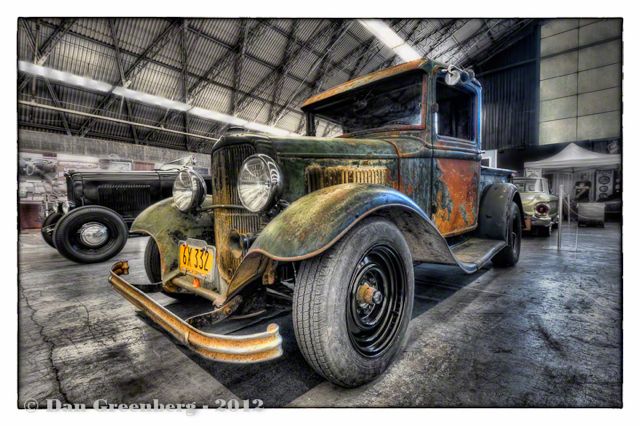 Dave has a nice farm truck that he tools around in. He has added many rare accessories and loves the attention he receives wherever he goes. This photo is from the Suede Palace last year. 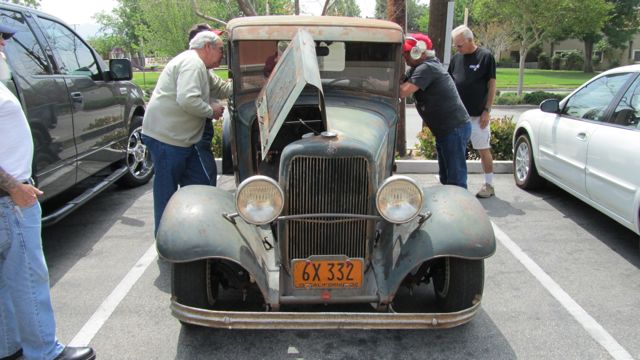 Our Toppers crew really checked out the little Deuce pickup when he arrived a few weeks ago. We don’t eat much on these days and that is a good thing. 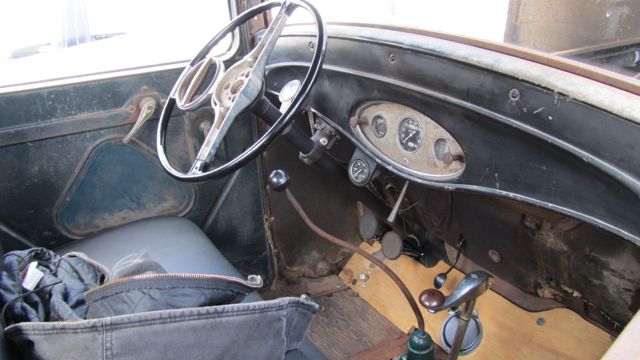 The tiny cabin is full of neat stuff as Dave calls it. Note the steering wheel, hand brake knob and original dash insert. 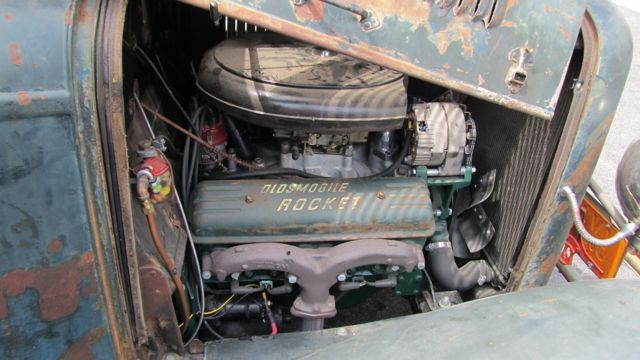 The SBC has Olds valve covers and a Cadillac air cleaner which gives it that GM feeling. A 39 box and stock rear end make this a careful driver. 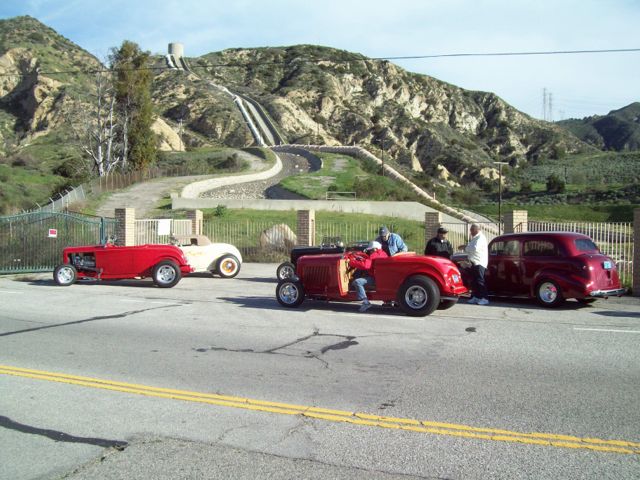 Dave and the roadster boys did a Saturday breakfast this past weekend and stopped for this photo shoot. Dave has the top on his old Inglese roadster. Dick wants to get out of the car but can’t. Roadster drivers need to stick together. Just kidding Dick! 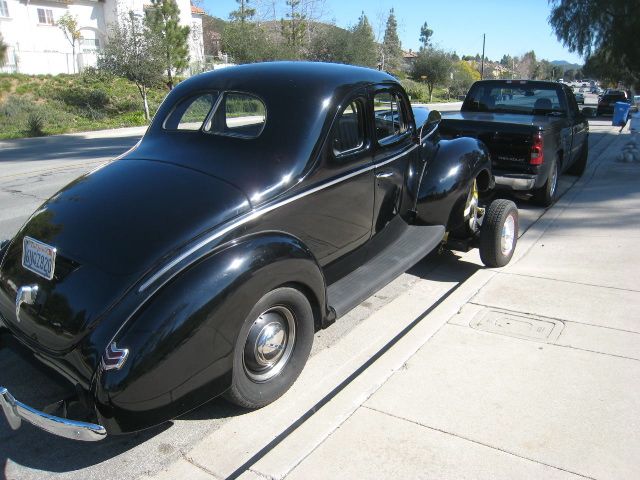 Frank has drug home another 40 coupe to add to his collection. This is a rust free local car that the owner has owned for many years. I don’t know what Frank intends to do with this one but it looks nice as is.