As we work on our projects, we sometimes wonder if we are going in the right direction with the build. I normally have a completed plan for the car prior to starting. The longer it takes to complete the plan the more likely I am going to want to change something I had not planned for. In GM, when we did this it was called an ECN (engineering change notice) and was sent to all affected departments. Just as it was at GM, changes are the biggest cause of delay in the process and I try to avoid them at any cost.

The change I want to make is the front seat. I have a real nice sedan seat that I purchased and have installed. I like the way it looks but not the way it feels when I sit in the car. Ruby had a stock seat that was comfortable for short distances (200 miles) and had a firm back lumbar support called a pillow for longer distances. Curvy has a set of late model bucket seats that are really comfortable, recline, adjust with a button and provide my back with some comfort that is not available with a stock bench seat. I am not sure what I am going to do but I am leaning toward a pair of buckets that could be upholstered and shaped to look more like the original bucket seats which were standard. They would not have to be exactly the same shape as they were not comfortable at all in the 40’s. I will head over to the junkyard capital of LA next week and see if I can find something that will work for Andre.

The big one in Louisville is over for another year and I should have some photos this week. 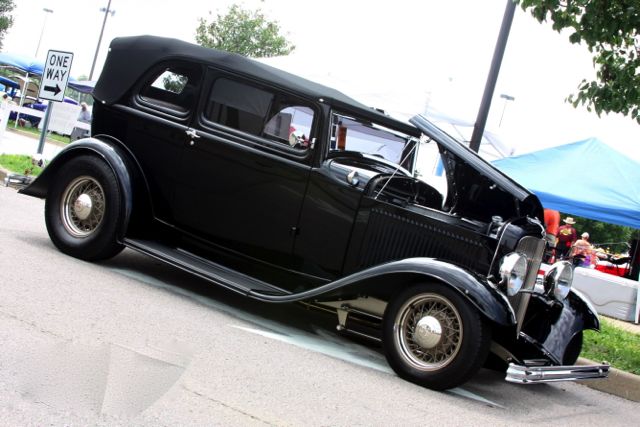 Very seldom seen as a hot rod, the B-400 makes a beautiful sedan. Someone sent this one to me from Louisville. You can see all the photos on the HAMB. Boyd would have liked this one. Marcel built one from scratch and Boyd made it into a hiboy sedan. 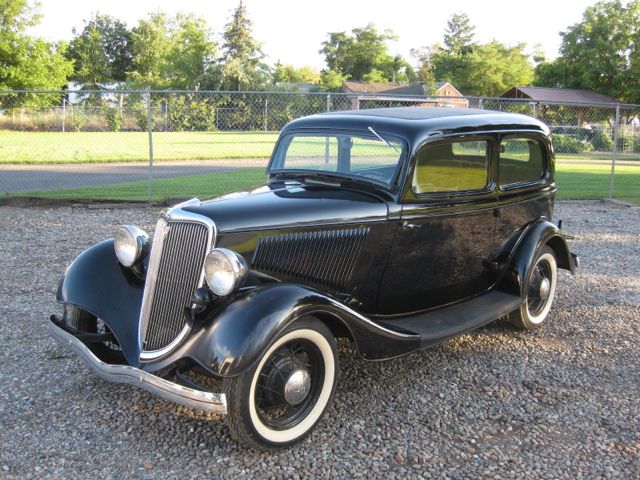 Chris has this cherry 34 tudor for sale on the HAMB also. I had one like this in the early 70’s that came from New Orleans. I loved this car and our family had a great time driving it to the events. Purchase price in 1973 was $2500 and the car was a rust free stocker just like this one. Chris is asking $29,000 and will probably get it. 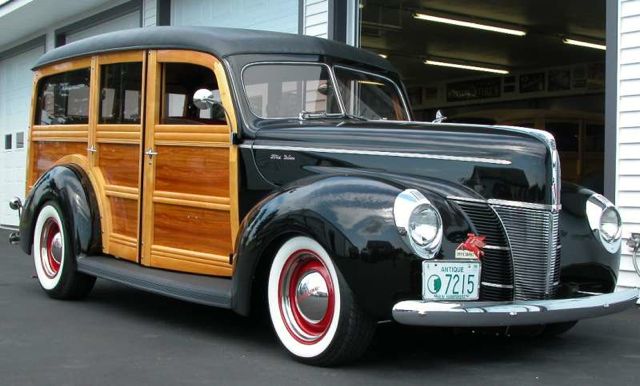 Lowreys in NH builds some very nice cars and have a great web site. The build photos of this 40 woody have me drooling again over a 40 woody for the wife and me. There is something about these lines that make them my favorite woody of the pre-48 era. 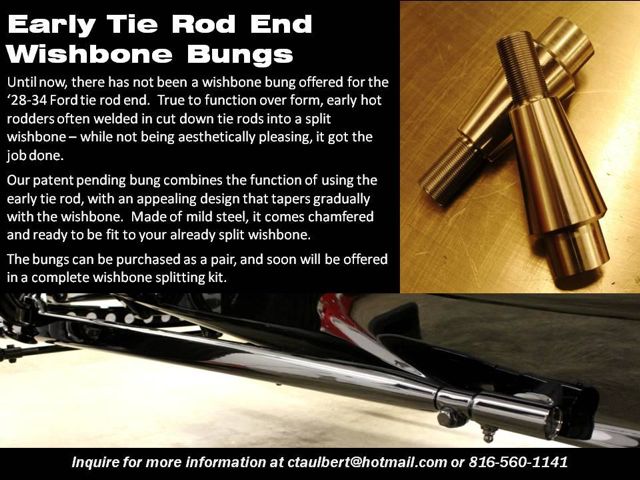 Cory has some neat wishbone bungs for your traditional builders. These neat bungs allow you to use the 28-34 Ford tie rod end on your wishbones. 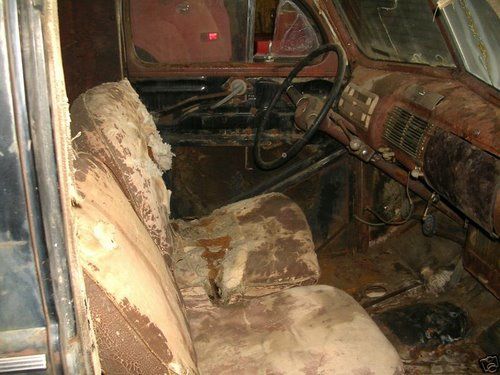 Here is a set of original bucket seats in a 41 sedan delivery. I would be O.K. with buckets in Andre and he would like the separate seats to move forward and back plus recline. I will issue the ECN. (see above text) 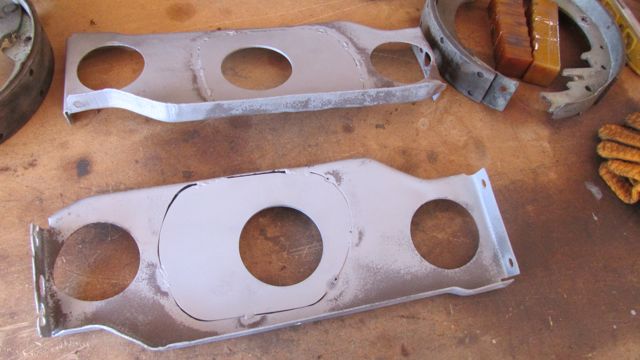 The side braces were in bad shape when I took them out of the chassis. I straightened them out, added a new exhaust hole and will finish welding them this week. This is a lot of work but worth the effort to keep the chassis looking original. The center hole allows the use of a 2 1/4 exhaust pipe. 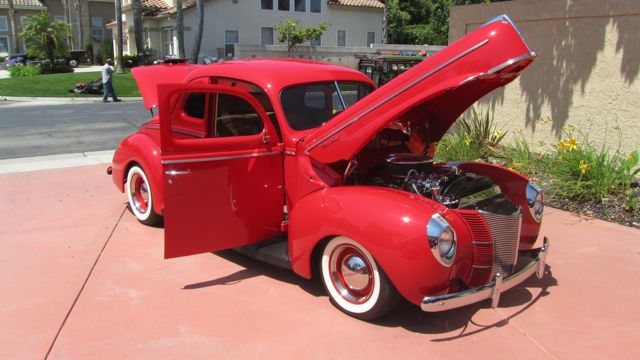 George had a car show for the neighbors the other day. His little red coupe is about as nice as they come. 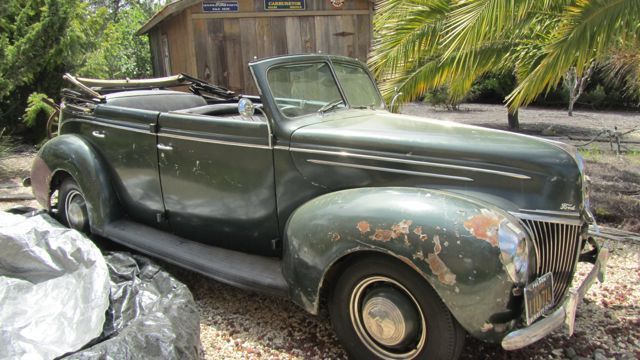 Bobby has this little jewel home in his garage now. I don’t know what his plans are for the tub but you can bet I will be following them closely. Unrestored tubs in this shape are impossible to find but Bobby did… and purchased it. I will be up to see it soon. 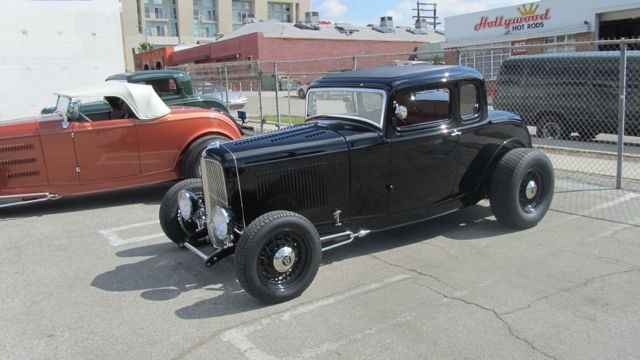 Sid had his favorite Deuce at the Hollywood Hot Rods shop to see what was going on at Troy’s.

Richard also stopped by in his Brizio built Deuce hiboy. I hear he now has an Ardun powered Mercury woody. 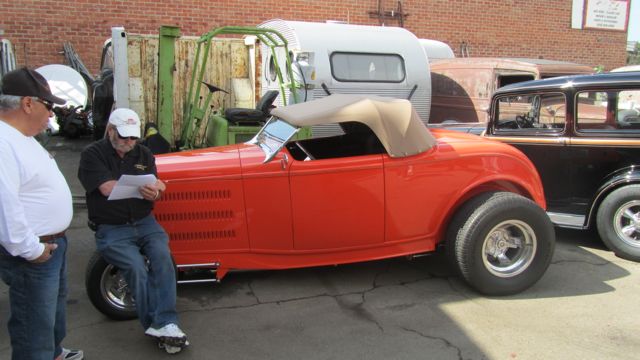 Sometimes you have to stop and read the directions when on these tours in LA. O.K., the next stop is H&H Flathead and they are serving lunch. Lets go.