I receive a lot of mail on Pewsplace and sometimes I really become involved in the photos. Since I am a big fan of the Model 40 Ford roadsters, you can imagine my excitement when someone sends me a special photo of Â my favorite roadster. I was so happy to receive the photo I returned the response asking for more information which I received. You see, locating a Model 40 roadster is not an easy task. You hardly ever see one for sale or even pieces of one. Joe and Tim Whitaker are model 40 fans also and each have one under construction. Joe operates Realâ€”Deal Steel who assembles 40 coupes, Camaro’s and Tri-Five Chevrolets in Florida. He had his hands full in putting the roadster back together but you can tell from the shiny black paint that he knows what he is doing. Tim is also putting together a Cabriolet that he obtained from Joe. Both cars fall right into my same thoughts on construction of the Model 40. Congratulations on a job well done.

My friend Don has built a truly magnificent 33 racer hiboy roadster which he sold, repurchased and hopefully will remain with him from now on. I know most of you have seen the car, either on the street or in the magazines. He has the eye for making them stand out in the crowd. He gets side tracked with a Deuce now and then (don’t we all) but his heart really belongs to the 33 roadster. He has given me some good ideas for adding some of his special touches he uses in his builds. For example, I am trying to build some rear tail light brackets for using the stock 33 lights and was puzzle on how to go foreword. He had the idea and shared it with me. I think this is how they did it back then. Thanks Don.

Our Santa Paula Airport trip was cancelled due to rain but maybe next month we can try again. Next Saturday is the first Coffee and Kix at Don’s house so put the event on your smart phone. We are now into March and the season is in full swing on the West Coast. Events are almost every weekend and I hope to attend as many as I can. If you see the Pewsplace hat stop me and say hello. 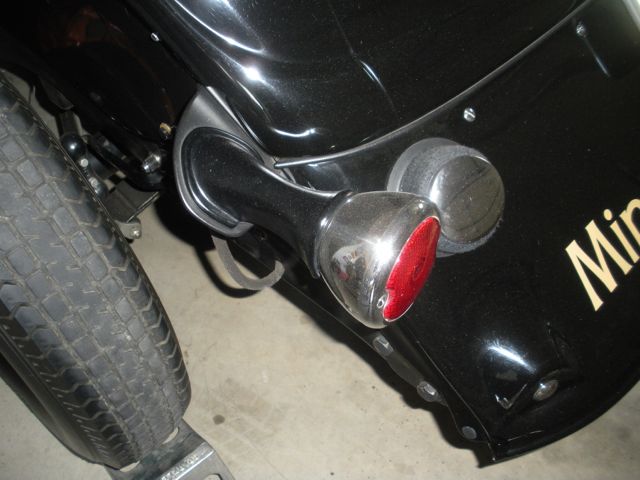 Don simply made a bracket to bolt on the housing where the fenders originally bolted on. Looks perfect o me. 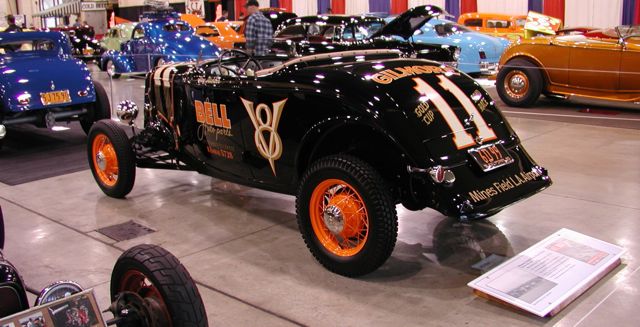 Here is Don’s 33 at the GNRS a few years ago. I think he still has mechanical brakes with that flathead motor. 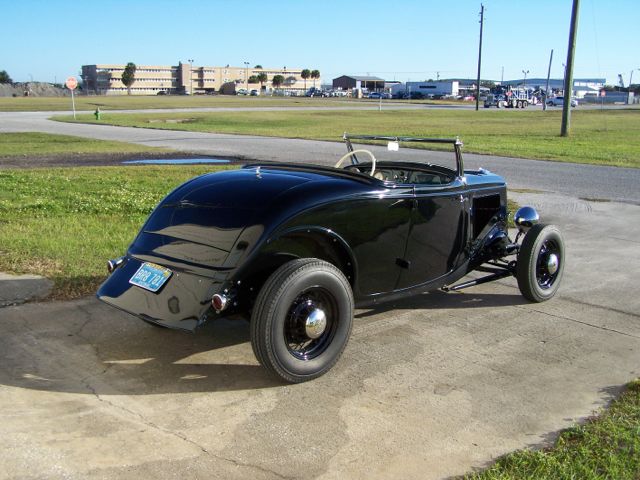 I just fell in love with this 34 roadster hiboy that Joe Whitaker built. The early look really is set forth in this photo. 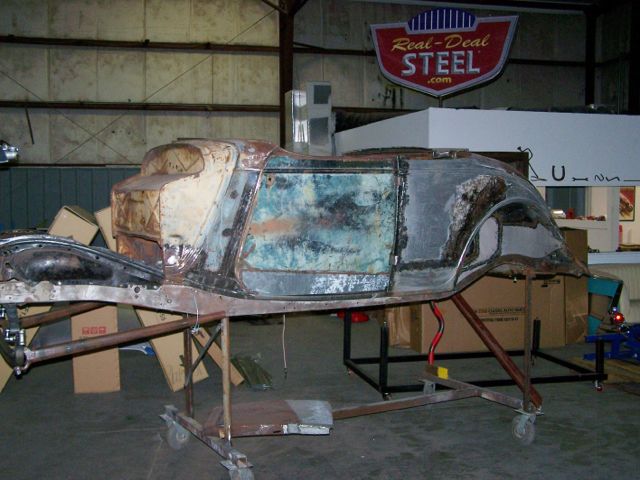 Here is what Joe started with and with some great metal working skills built himself a nice roadster. His Company â€” Real-Deal Steel assembles the 40 coupe, Tri-Five Chevrolets and Camaro’s so you know they have lots of metal working skills. Locating any part of a model 40 roadster is difficult, let alone an entire body. 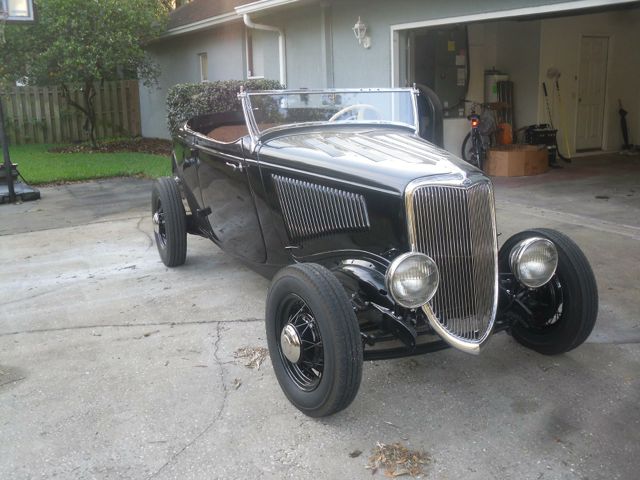 He is now having the interior installed and should be ready for cruising in style. 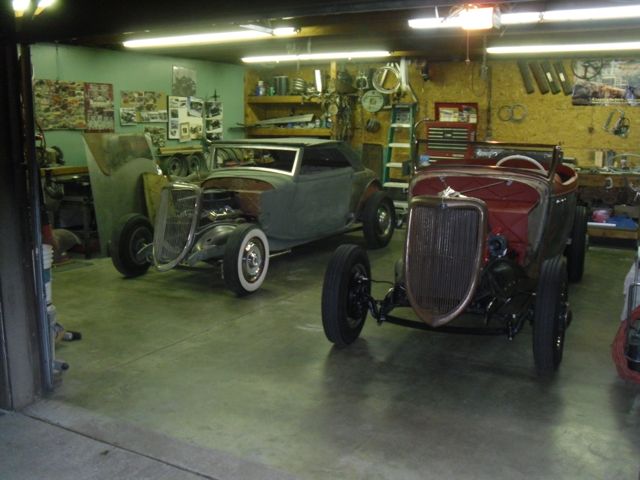 Joe and Tim had their cars in the garage prior to finishing the roadster. Tim’s is the Cabriolet that he received from Joe. He is building a nice looking ride with roll up windows. 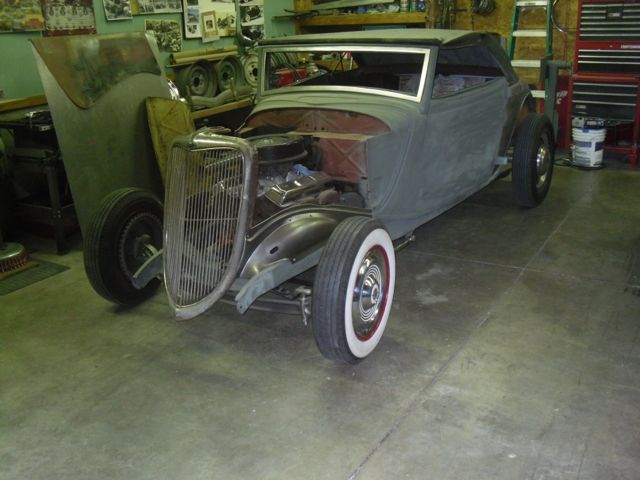 Here is a closer look at the Cabriolet. Note the hood side panel being traced onto a blank sheet metal piece. 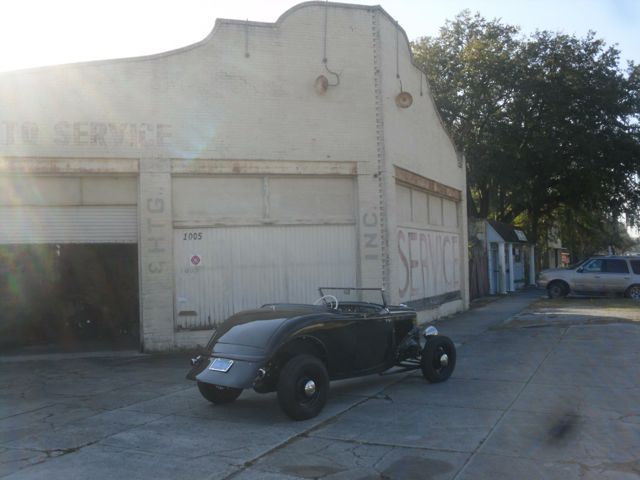 Sitting just right for the era this 34 roadster has a timeless look I love. Great job Joe!

Tim is looking for any information on this car. Note the car is a Cabriolet with a DuVall windshield. Not Morgans! 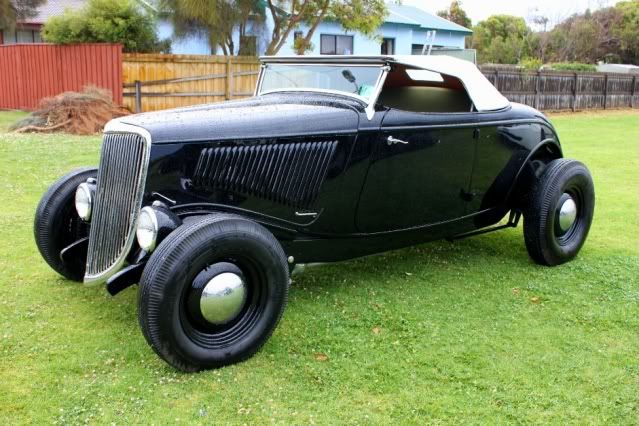 Since we are talking about my favorite roadsters how about his 34 with the sloping top. The four bar and rear links give away the era but I like this look also. 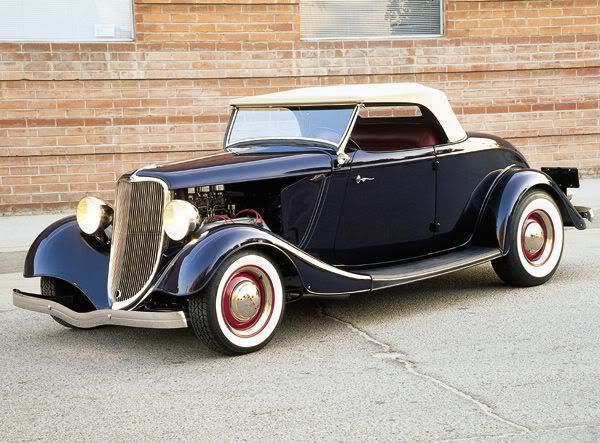 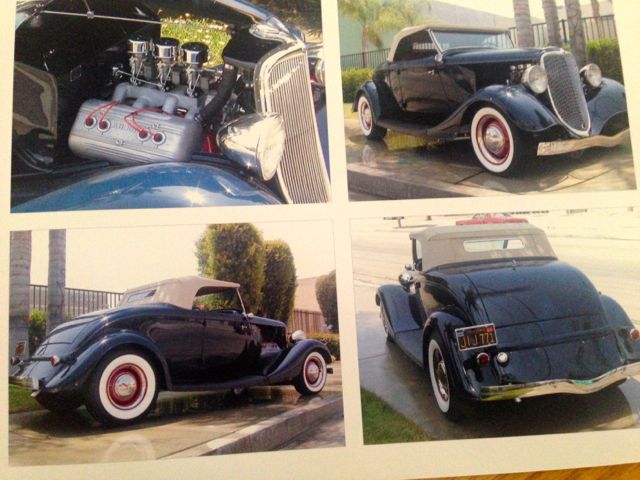 I saw this car many years ago and decided that the 33 roadster is one of the best designed roadsters from Ford.

These are copies of the photos I have but you can visualize how nice the car really is. 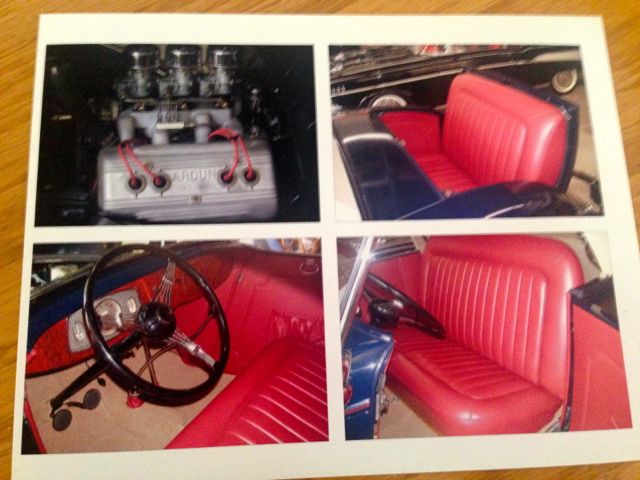