Moorpark was crowed as usual and I arrived early in order to park close to the event which draws lots of spectators. Bob-O and Dave were ready for breakfast but the line was about an hour long so we tried a new place with a very cute waitress. I don’t know if the food was any good, but she was a 10. After breakfast, we walked the show, talked to some old friends and finally headed back to the car. This show is almost entirely late model muscle cars and about 10 early Fords. This is how car shows are today in our area. I guess we are growing more mature and need to realize the later cars are where its at today. The Roaming Relics did a fine job of organizing the event and everything went smoothly. This was their 37th year for the show in downtown Moorpark which is a turn of the century street (1900s’) that has maintained all the old buildings. Congratulations on another fine show.

My first photos from my previous post requesting some photos came from Delphine Skinner in WI. She and her husband attended the Hot Rod 100 in the St.Louis area and it looks like they had a great group of people having fun. Thanks Delphine for your great photographs.

Monday’s thought â€” Smiles make the day and are contagious! Have fun whatever you do. 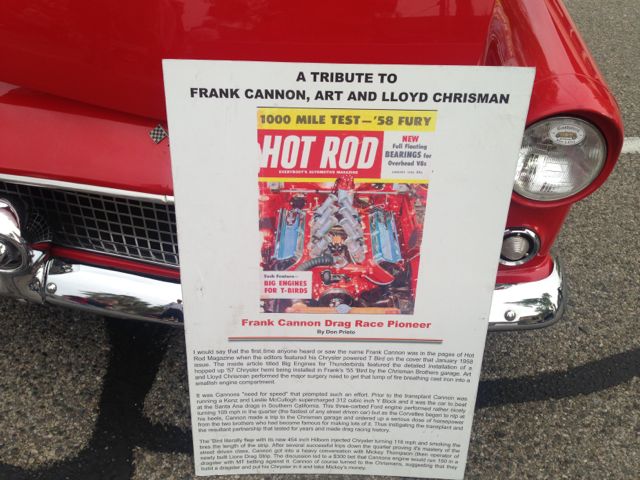 The owner was happy to talk about his purchase and had a nice write up on the car and history. I love these old Hot Rods from the late 50’s. 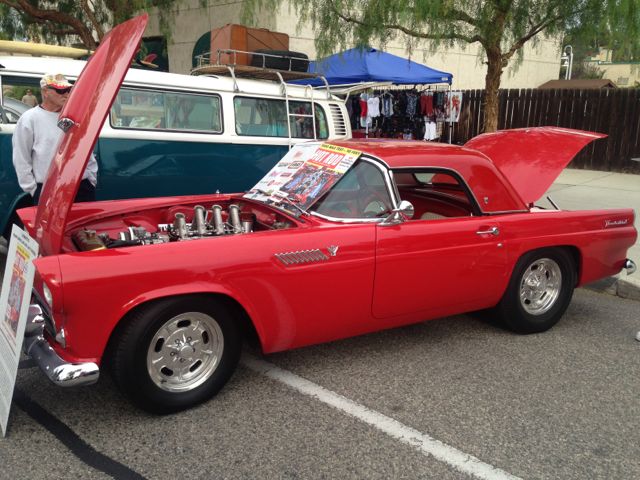 One of the cars I looked at was this 392 Chrysler powered T-Bird that was on the cover of Hot Rod in 1958. 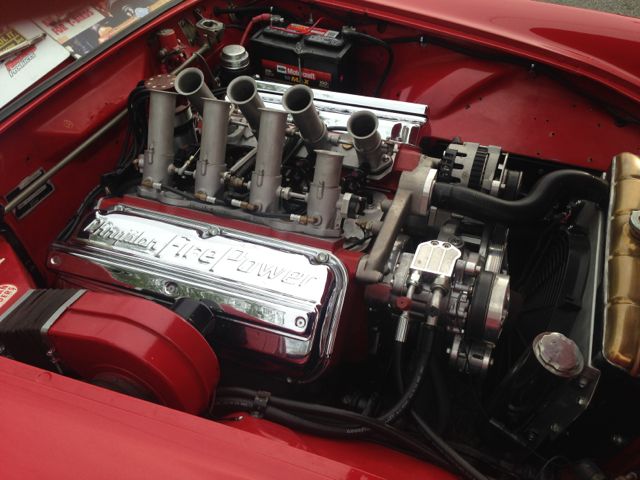 The Hemi fit like a glove and sounded great. The car was unrestored which was even better. 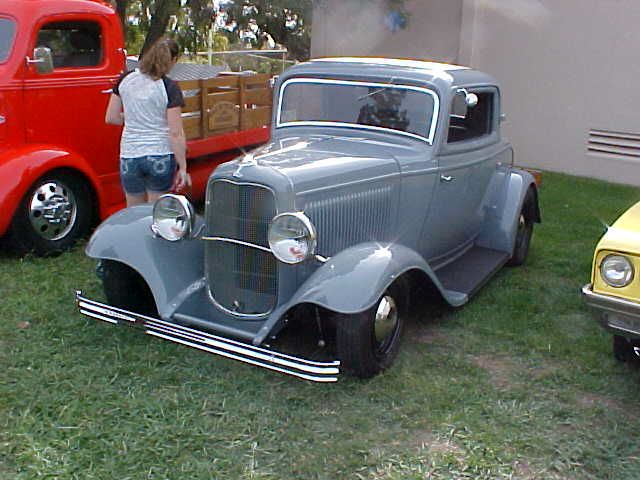 A very nice Deuce was at the Speedway and was in contention for an award which was given to a 40 Ford built by Tim Bedford which he now owns. 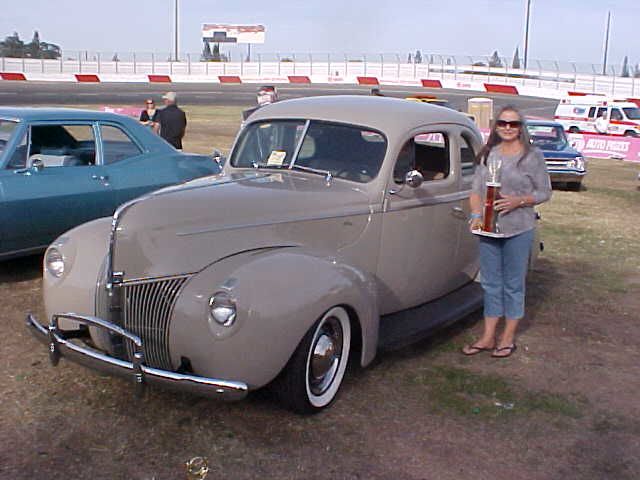 Tim is going to need another garage for all of Â his trophies. And he doesn’t show his cars that much, but when he does â€” they always seem to win. Congratulations Tim! 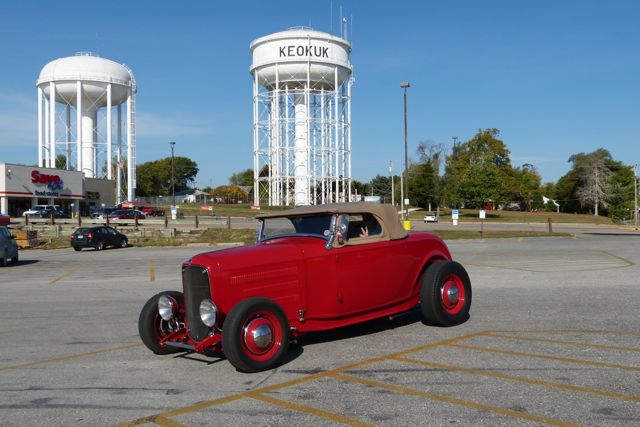 The Skinners are regular’s on the “You gotta drive ’em” schedule. 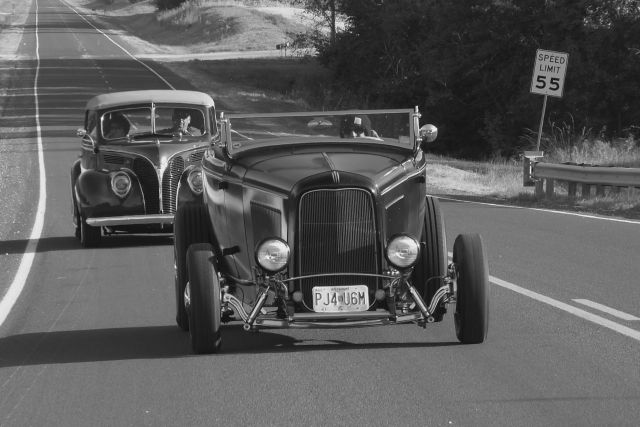 I am sure they were following the speed limit with the Deuce leading Dick’s 38 convertible. 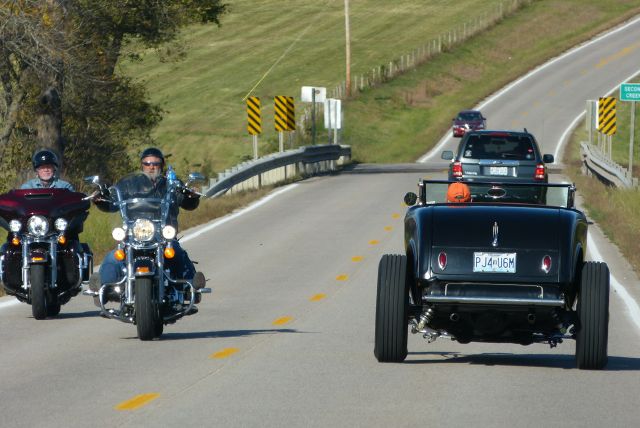 How about this great shot! Having fun with your favorite toy! Remember, it is never to late to have a Happy Child Hood! I have never been on a motorcycle but I plan to at least ride on one during my bucket list check-offs. 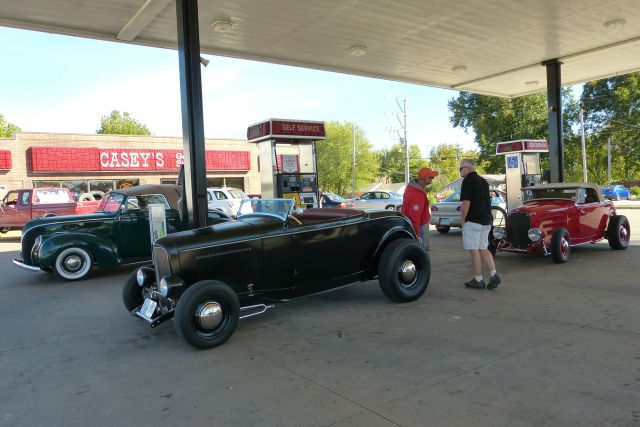 We all need to stop for some gas and a pit stop while on the road. These small tanks don’t hold much gas. 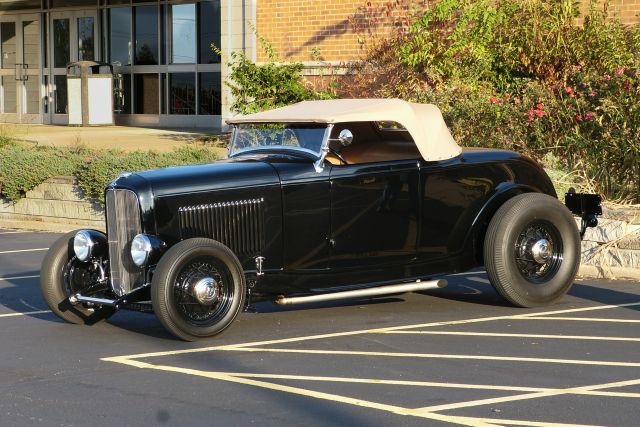 I think this may be Scott’s with a top on but I’m not sure. The pipes indicate a flatty. 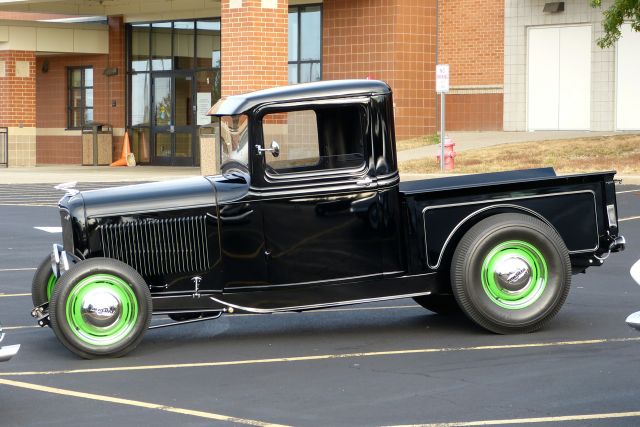 Deuce pickups are making a strong comeback. How long will it be before UPI makes a complete cab? They make the fenders and doors now. 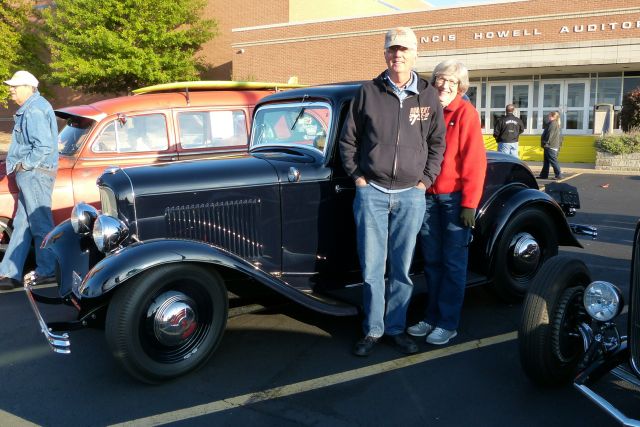 I am not familiar with this Deuce 3-window owner but it sure looks nice. Dave Conrad? 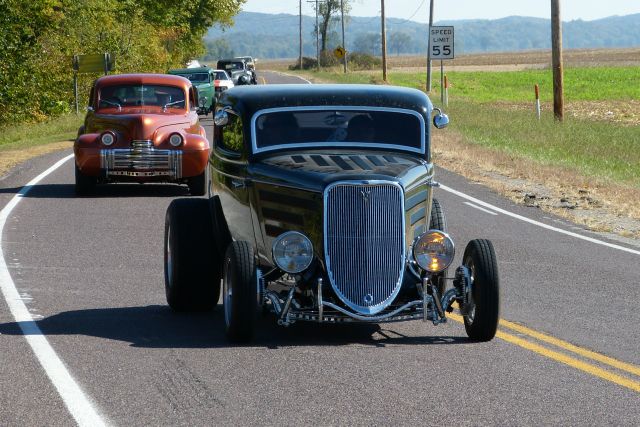 Thanks for the shot of the 33 Ford and a highboy to boot. St.Louis is full of Deuces but Dick and Rodger keep us Modelâ€”40 guys holding their own. 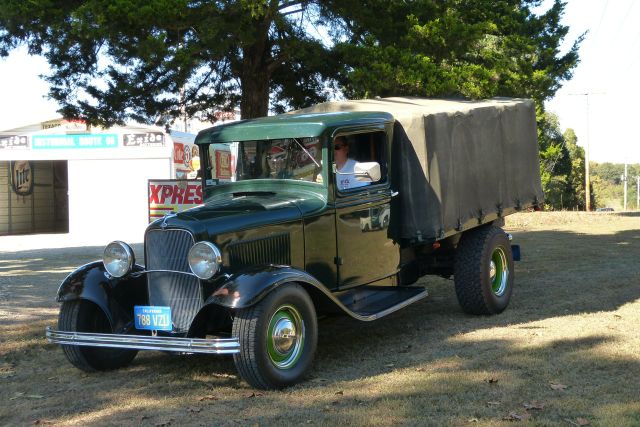 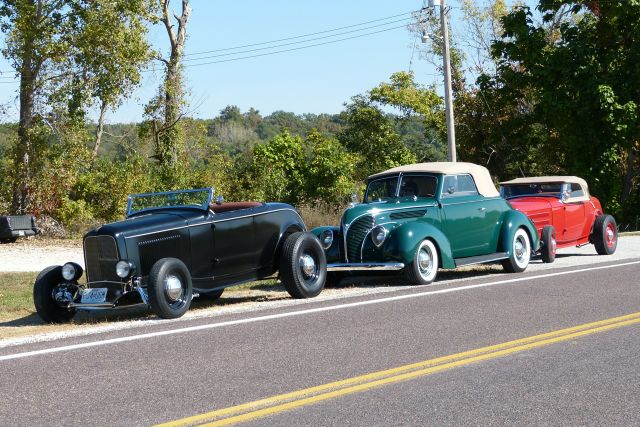 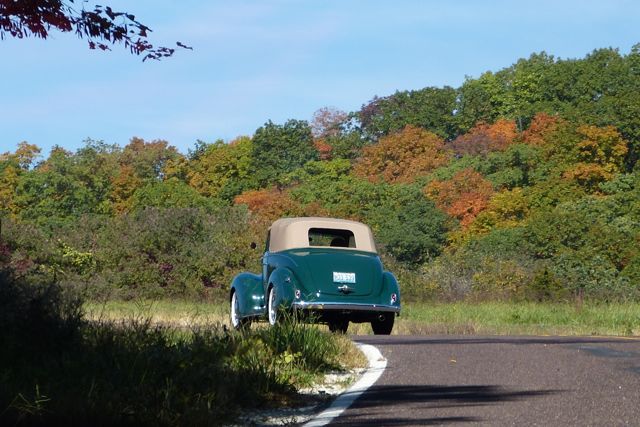 Dick had the roomy ride so he could look at the beautiful scenery. 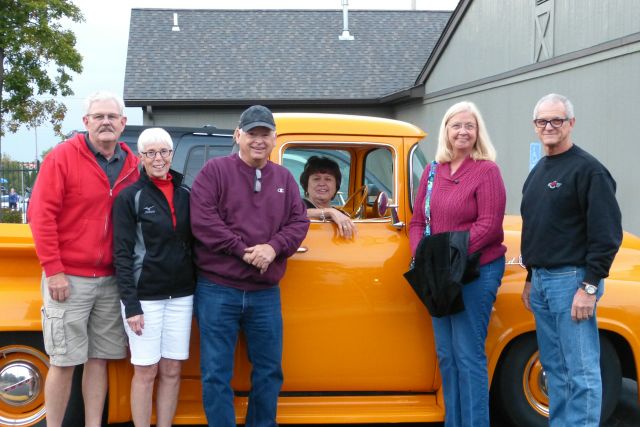 Smiles make your day go better and this group is full of smiles. I think that is Rick on the right, but it has been many years since we meet in Louisville. 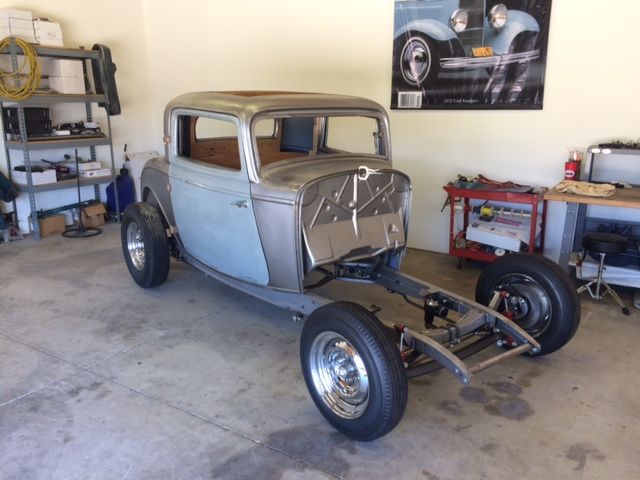 Terry, from Stoker’s, has a nice Brookville three window for sale. He was building it for himself but he is on to another project. Give him a call (his number is in the For Sale Section) is you have an interest. The price is $35K and a fender package is available for $3000 more.