Like many of you, I look forward to receiving my Rodder’s Journal. Steve and his team provide high quality photos and in-depth stories about each of the cars they feature. I love photos but without a narrative they are just photos. Take for example, Issue number 63, which has the complete story about Bill Grant’s 32 roadster that competed for the AMBR last year. The roadster was one of my favorites. Terry and David, of Stoker’s Hot Rod Parts, accepted the challenge of building the car and in my mind, did a very professional job. Completing a show car of this caliber normally takes longer than planned and exceeds the budget but not in this case. I featured some early construction photos of this beautiful roadster but really didn’t know the details. In reading the article, it became clear that the overall plan was followed closely and resulted in a true contender. Congratulations to Terry and David for their first attempt at building an AMBR contender. I know many who felt Bill’s roadster was their favorite. I would also like to express my appreciation to the Rodder’s Journal for continuing to bring us the best publication on the market.

Have noticed that I am been featuring more Deuces than Forties lately? I think that is because of the approaching LARS, 50th Anniversary event. I am getting excited about seeing lots of old friends and all the roadsters at the show. The open houses have been announced and many are planning on arriving a few days ahead of the show to visit some of our many hot rod shops. LA has many freeways to make getting around easy but let me warn you, traffic is horrendous during peak times. You will need an electric fan to keep that car cool when stuck for a period of time in stop and go traffic. It is hard to predict the heavy times but early mornings and mid-afternoon can be very heavy. Use you GPS and the App for “Traffic Buddy” to maneuver around town. If you are stay for Forty Ford Day the following weekend you will be heading down to Orange County which offers another hot bed of hot rod shops. Gas is high in LA and rooms are not cheap so do your homework as LA on a budget is a difficult task. Enjoy your stay.

I have not spent much time in the garage but I will have some update on my friends project later this week. Projects take time and money which both are scarce for most of us. 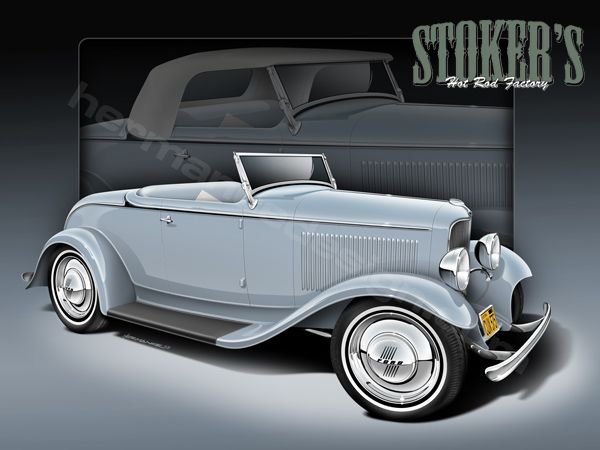 Most dreams are merely that, but building AMBR contender requires an illustration to follow. 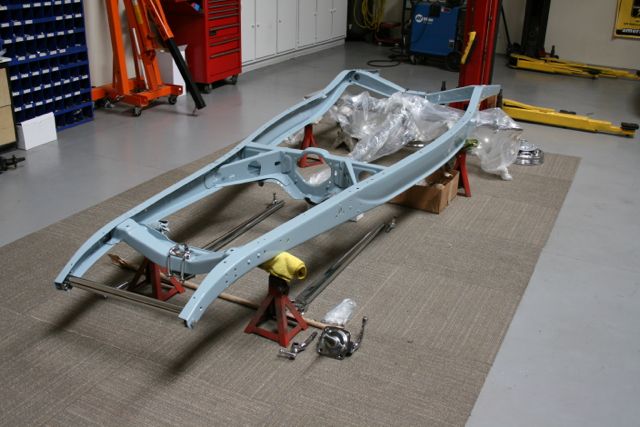 In the beginning, the chassis was detailed to the max with all the right components for the build plan.

The night before the big show Bill’s roadster was in place and ready for the rave reviews it would receive from the public. 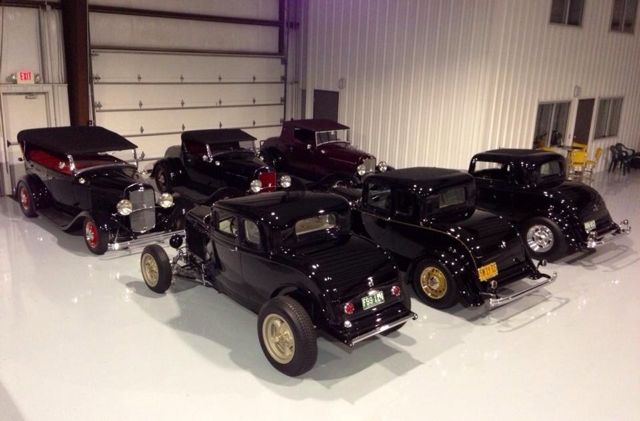 Deuce lover’s can’t seem to have too many examples in their collection. Â He likes black Deuces. (Facebook photo) 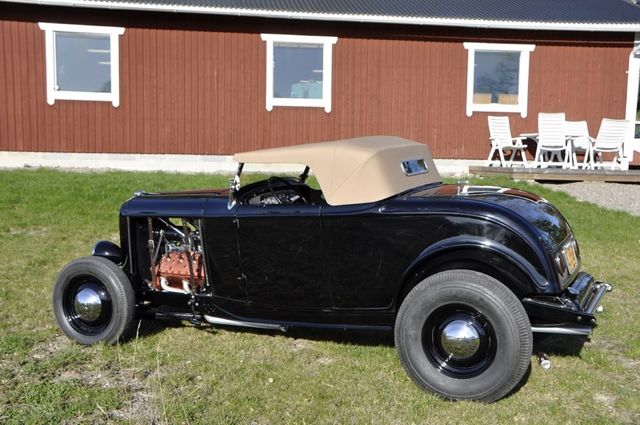 Looks like he is “READY” to hit the road for the LARS. 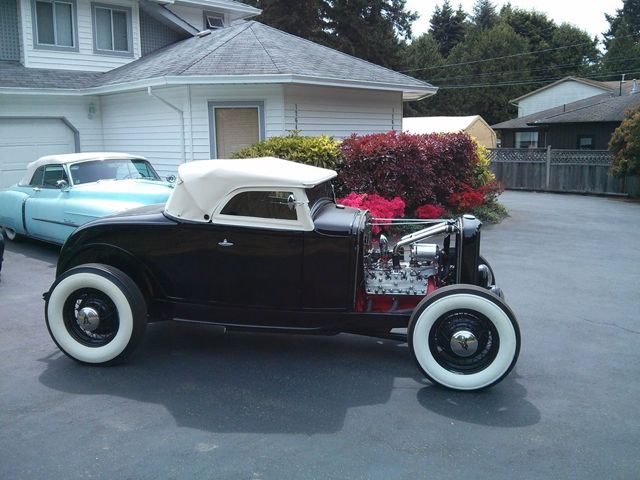 Model A’s also make great hot rods and he won’t need those side curtains once he arrives in LA. He could even drive that beautiful Cad in the background â€” both are welcome. 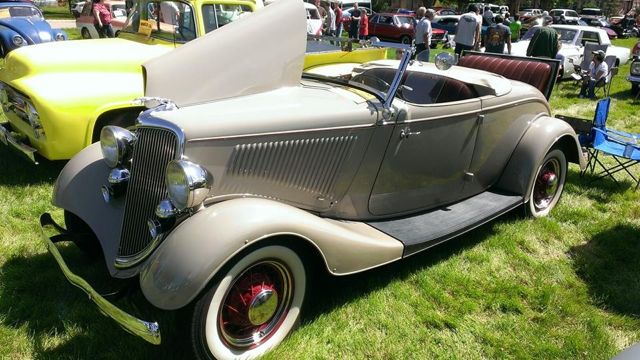 I do love this 34 with all the correct accessories installed. 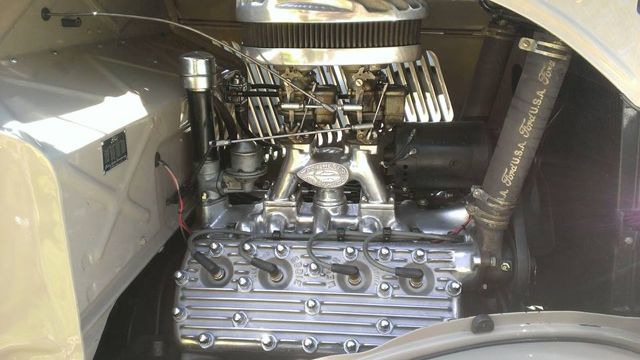 The Eddie Meyer equipped flathead really looks correct and “Ready” for the trip. These owners do drive their cars. 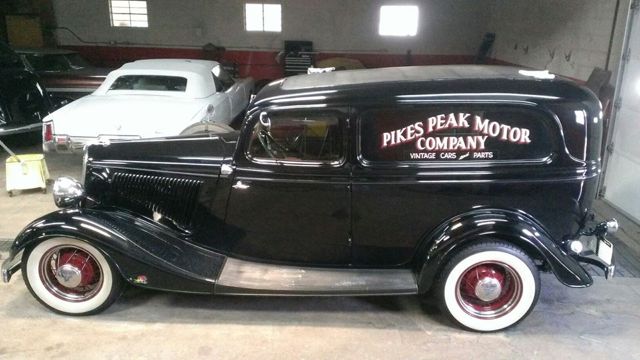 You don’t need a roadster to have fun. Joel is driving this cool delivery around in CO. Mike will tell us about it when we see him at the LARS. (Facebook photo) 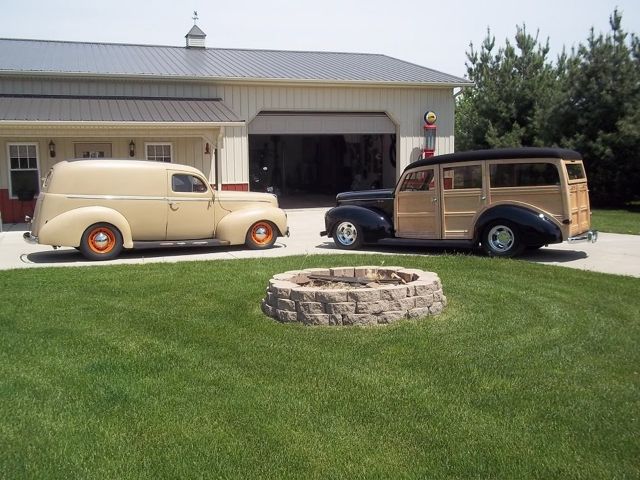 Bob comes to the coast with his Woodies, and maybe he may drive his new sedan delivery to the coast this year. Now this is a “Perfect Pair” in my mind. Pepe would love a woody garage companion. 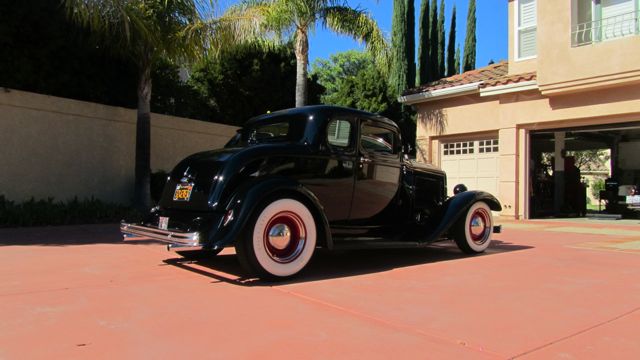 Bob-O sold his roadster but he still has his nice 5 window. He stops over to fix all my problems. He is done with roadsters and wants a 39 Tub. 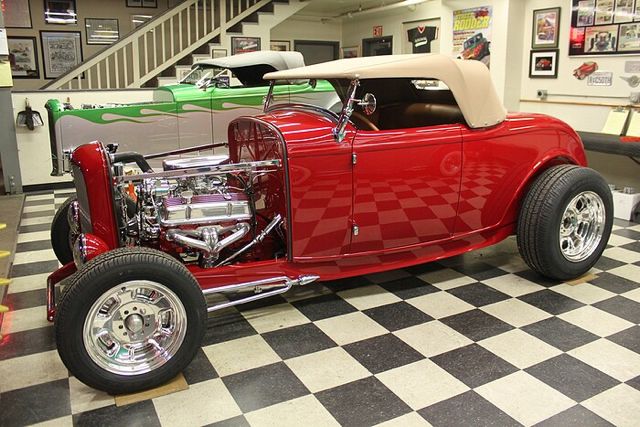 Mike will be driving down from the Bay area with the BAR group of which he is now a member.This is my favorite Red roadster. 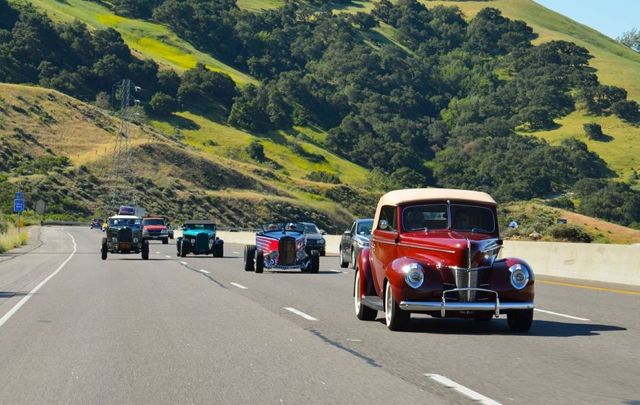 Louie was just following the guys in front of him on the San Luis Roadster Run this past weekend. The central coast is a beautiful place to drive your hot rod. That 40 guy is cheating with his A/C turned on .