The ninth annual Malibu Christmas Woody parade was a wonderful day at the beach. Jane and I cruised PCH to meet up with Walt and Lorraine for a scrumptious lunch at the Reel Inn. The weather was a little cloudy but it was warm and cozy at the restaurant. We were the first to arrive at Paradise Cove and had time to decorate the cars for the tour. Soon there were several more woodies ready to go and enjoy the day. We had about 20 woodies in all which offered the viewers a nice selection of various make woodies. A barrel back Chrysler was my favorite as well as a nicely done Packard. The holidays puts everyone in a good mood and after cruising the PCH we entered a gated area where the rich and famous live. We were led through the area by a horse drawn buggy with four Santa Claus people who showed us the sights. I have never been in this gated area previously and was surprised at the size of the celebrity homes we saw. The tour ended at the Malibu Inn where we were served some snacks and hot coca. The big screen had the football games so we felt great considering the temperatures and snow in Green Bay. The drive home along the coast was breathtaking with the sun setting over the blue Pacific ocean and the winding PCH highway full of beautiful woodies. I can’t wait until next year.

While the season is over I will still try to take some photos of some of the projects going on in the valley and keep you informed abut Deuces and Forties.

Have a wonderful Holiday Season. 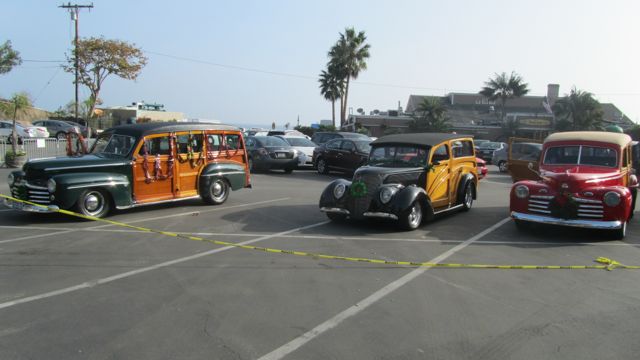 Paradise Cove ropes off an area in the parking lot for the woodies. This is an early shot with decorating completed. 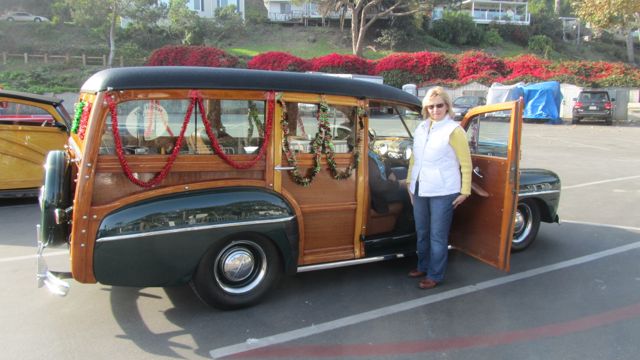 The ladies approved of the decorating but did offer a few suggestions. Tape on the wood doesn’t hurt the varnish if you remove it after the event. 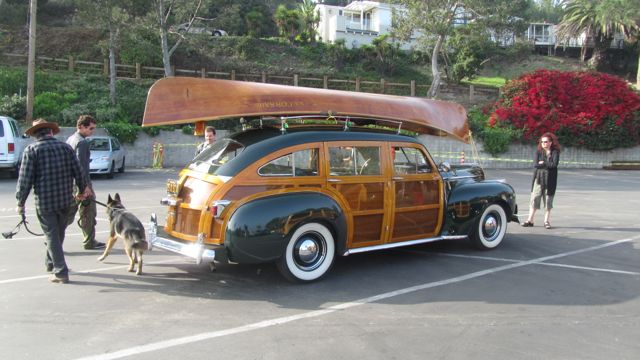 Not a hot rod but way cool was this Chrysler Barrel Back woody complete with wooden canoe. 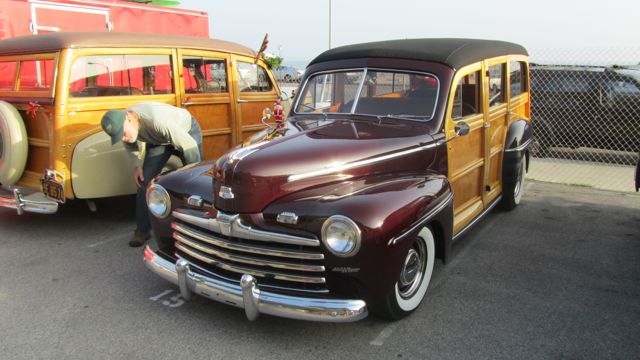 John was in attendance with Ruby showing off her new white wall tires. I like the new look. Walt is checking out the tire size as John increased the height which was a good idea as she was pretty low previously. 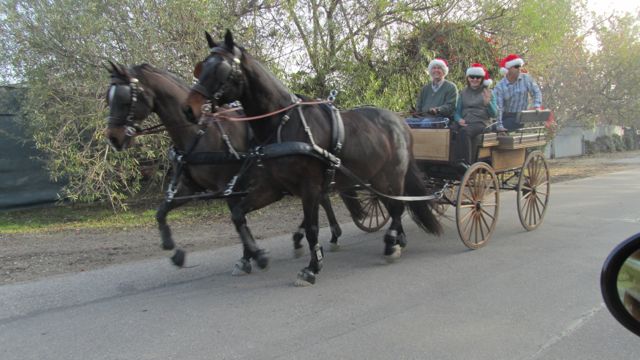 Santa and his horses (not deer) led us through the gated community which was wonderful. 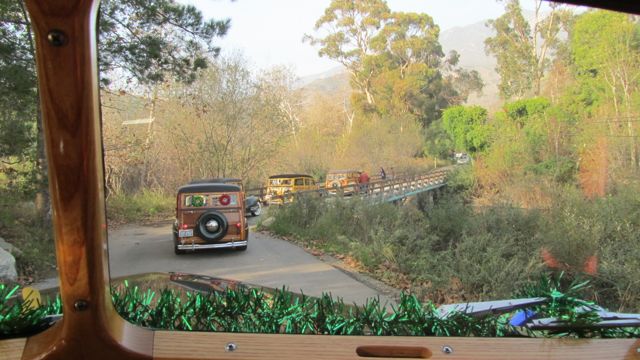 We crossed over the wooden bridge to access the rural streets and large homes and properties. 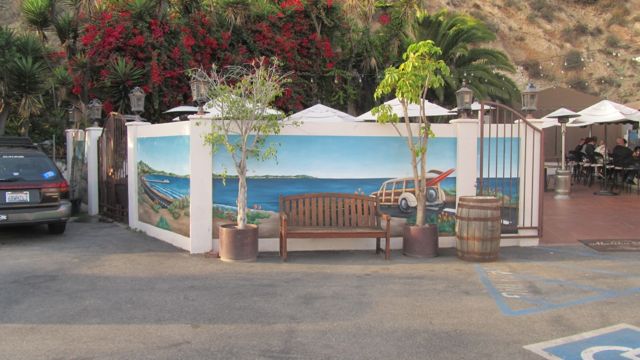 The Malibu Inn reserved the patio for the woody guys and gals to enjoy some snacks and hot coca. Lots of good times and great camaraderie took place for a couple of hours. 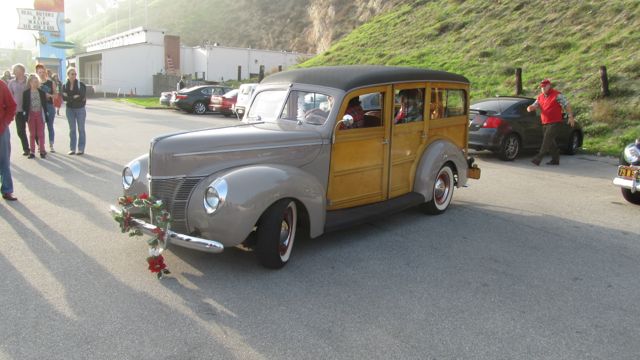 We had plenty of space to park in a secured lot next to the Inn. This flathead powered 40 was nice but as with most flatheads did not want to start when we were leaving. As usual, it finally started and headed home down PCH. 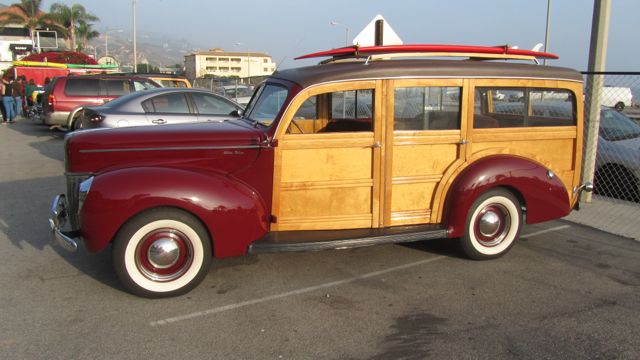 Another 40 woody was in the parade and stopped for some activity at the Malibu Inn. 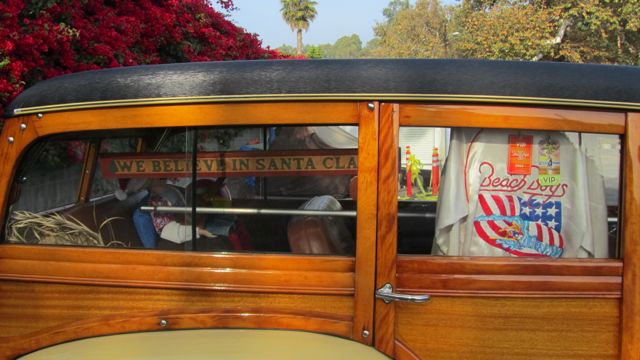 This woody owner had the spirit of Christmas in mind when he decorated his car.