Mail from some of my Readers

I receive lots of mail and photos from my readers who enjoy seeing the photos on Pewsplace. I love seeing all the projects, hearing about your adventures and quite frankly â€” your interest keeps me motivated to â€””Keep the Flame Burning. As someone used to say â€” keep those cars and photos coming in. 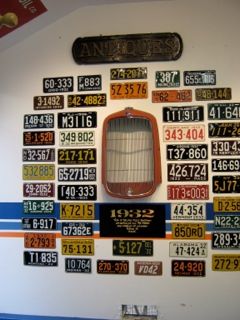 Ken sent a photo of his collection of perfectly restored 1932 license plates from all of the states.

Ken also has owned some very top quality hot rods starting with a 1940 Ford coupe when he was 15 years old. 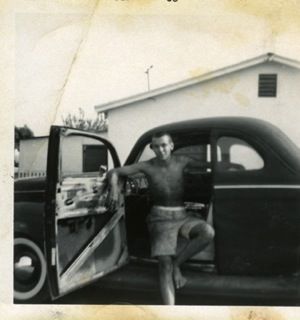 Now this is a High School Hot Rod at its best. No door panels or carpet on the floors. 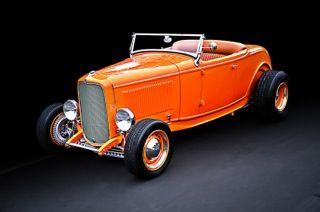 He also owned this hiboy for 19 years and his son drove it around. 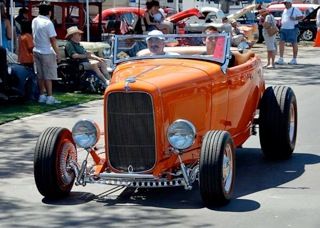 I have some more of Ken’s cars that I will post in the future. He had a very special 39 Woody that I watched being built at California Street Rods for Jim Jenks of Ocean Pacific fame. 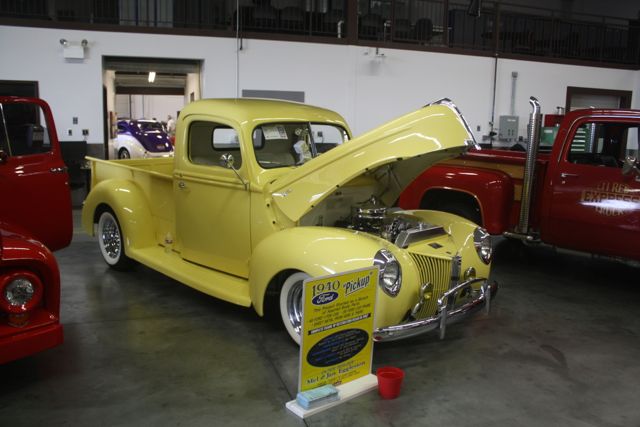 I have shown you photos of Mel’s pickup interior but here is the finished product of his very yellow Forty. 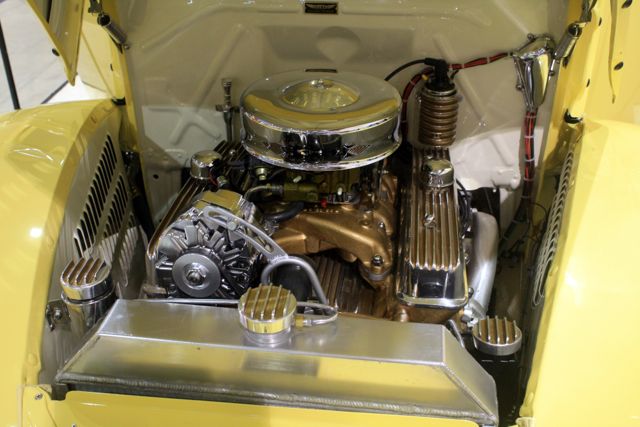 Yes, that is a Buick Nailhead in the engine compartment. The white firewall and fender panels blend nicely with the yellow exterior. 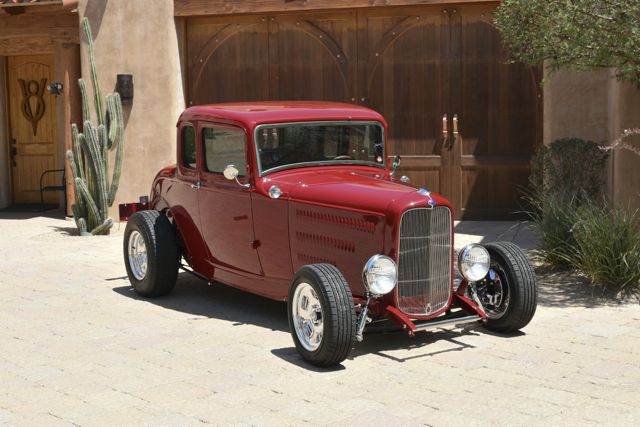 Don is Â preparing for the Havasu Deuce show next year in Lake Havasu on March 5, 2016. Â He is sending it off to Ron Mangus for upholstery. Note the V8 sign on the garage door. I will post the flyer later but save the date for this upcoming show for one of the world’s favorite Hot Rods. 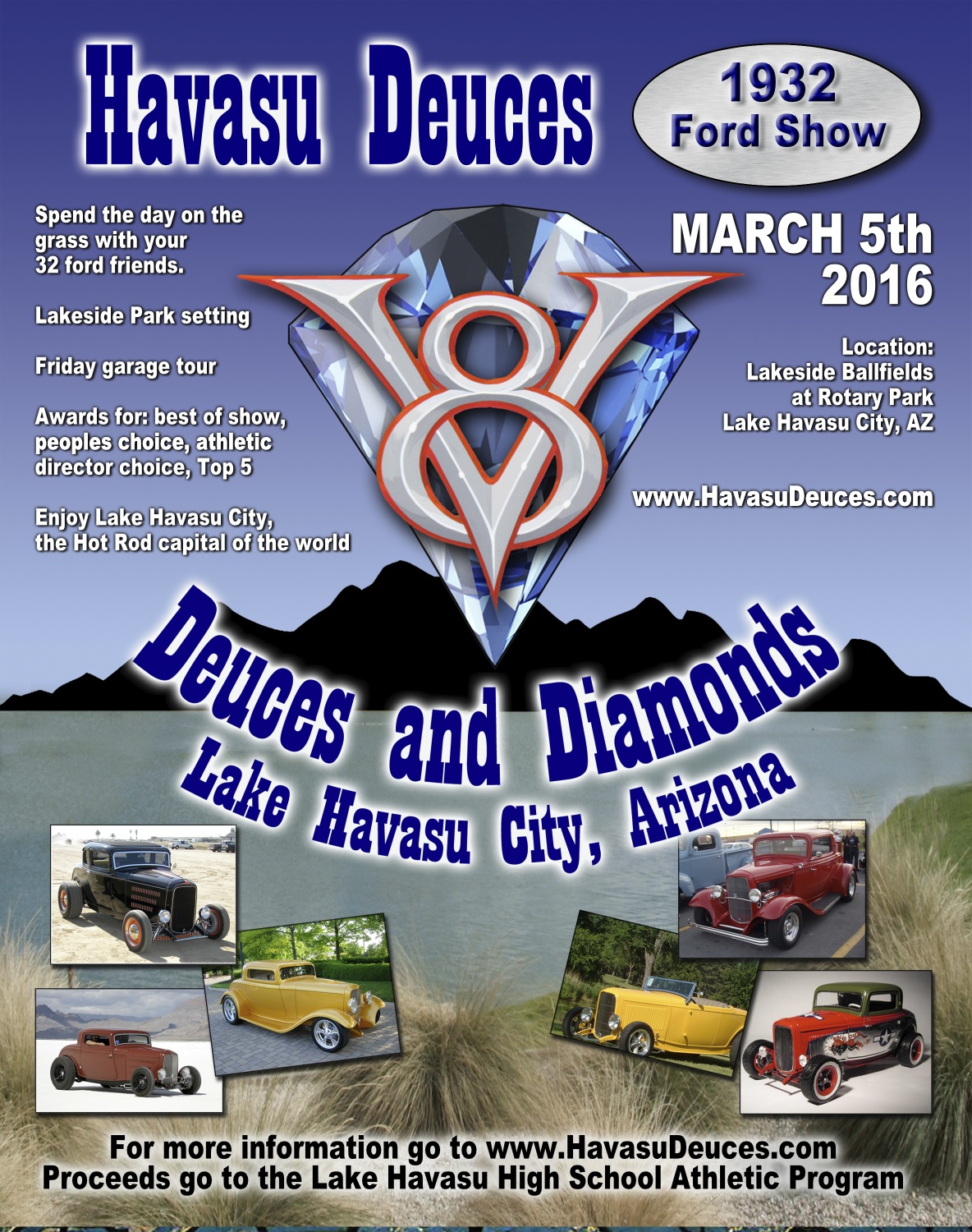 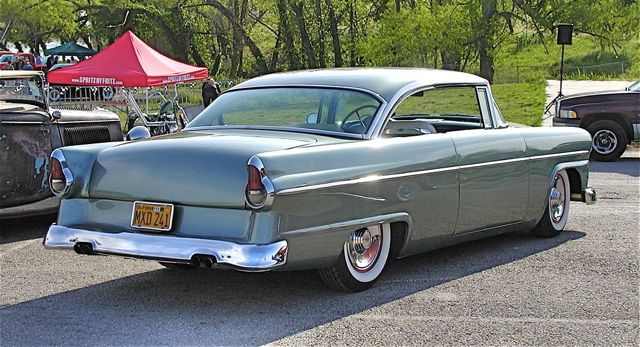 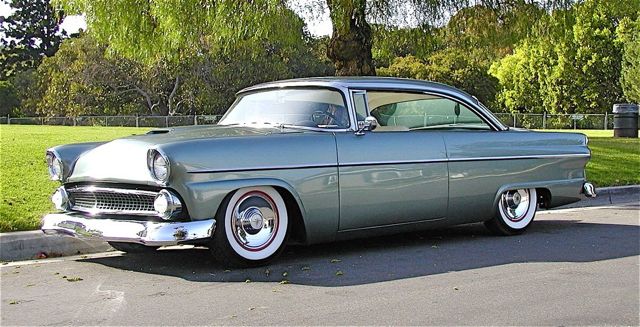 Tony is putting his beautiful Phantom Ford up for sale and I thought some of my readers who enjoy the post 48 Fords might have an interest. Looks beautiful to me. Tony is the person who is building the Phantom 40 Ford convertible at HWY 99. 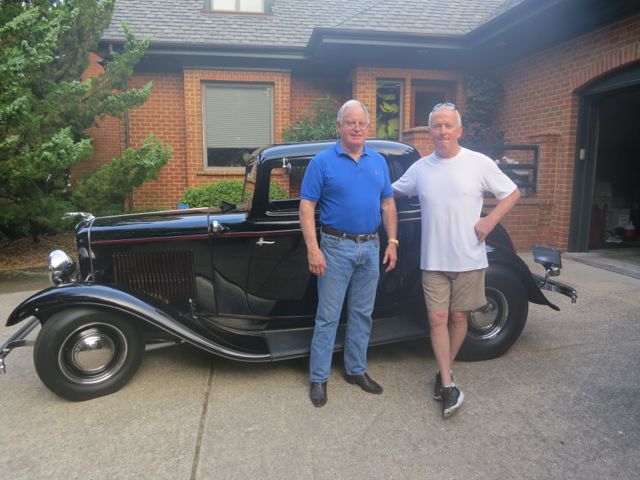 Lets take a short drive to Los Angeles to test our friendship. The Atlantic ocean is a block from this photo. 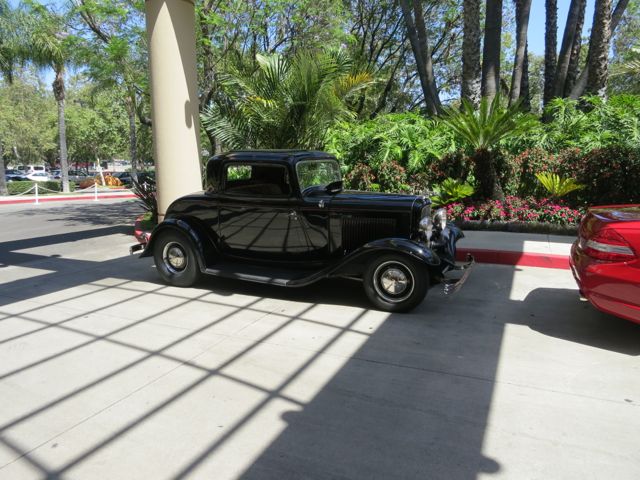 Parked in front of the Sheraton Fairplex Hotel in Pomona 78 hours later. 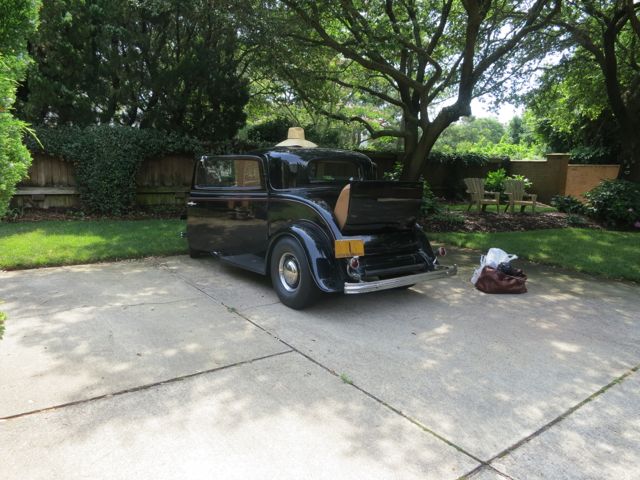 Back home again after 98 hours in the coupe. A trip you can talk about for years to come.

Tom and his friend Dickie made the long journey from their home to the LA Roadster show in this very nice Deuce 3 window. Tom owns a 34 Ford coupe that I featured previously as well as a 39 Ford. Tom wrote a chronicle of his journey which is much too long for my blog but was very interesting to read and shows that even when the hair turns gray and starts to thin â€” two Hot Rodders can endure the confines of the small Deuce cockpit for 5941 miles. They did this in 98 hours, stopped 44 times for 394.6 gallons of gas, endured some food poisoning and still are friends. Congratulations to both of you! 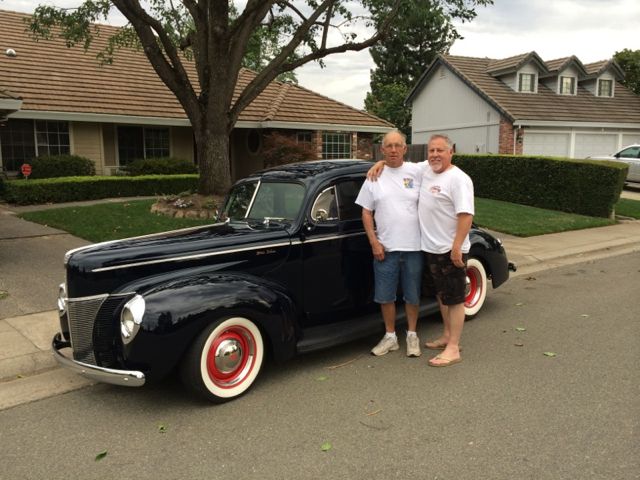 You have heard me talk of Tim Bedford and his Famous Forties so I thought you might like a photo of the Father and Son Team. This is his sons 40 prior to shipping it off to a new owner. What’s next boys?