The wife is out of town so I will be unchaperonedÂ this week which could be dangerous. We have a tentative trip planned for Tuesday but the weatherman predicts rain and he is usually right. I am just a follower this week so I am game for any trip with or without rain. I am told that roadsters do melt in the rain so we could take Bob-O’s new roomy sedan. Pepe doesn’t do well in the rain and prefers the sunshine on his black paint. We may just go to Toppers and talk about the Roaming Relics show which was held on Sunday.

The Roaming Relics show was well attended and the weather was picture perfect. As I have stated many times lately, old Ford hot rods are not real popular at most car shows I attend. There were a couple Deuces and Forties but for the most part, 50’s-60’s cars were most prevalent. I fell in love with a well executed 59 Corvette (my first Corvette was a 1959) that was in attendance. I normally don’t care for customized Corvettes, but this one I liked. Palmers is a well known shop that turns out some high end cars in our area and did this car in a unique style. Most people had a second look as they passed by the car. Tri-five Chevrolets, Mopars, Mustangs and many other brands were on the street for all spectators to view. I walked the streets a couple of times and then headed back home to be with my daughter.

Here are some photos from today’s show.

Lets go somewhere this week in our hot rods.

All new from top to bottom this 59 Corvette was flawless. All the chrome was brushed silver and look great with the color scheme. 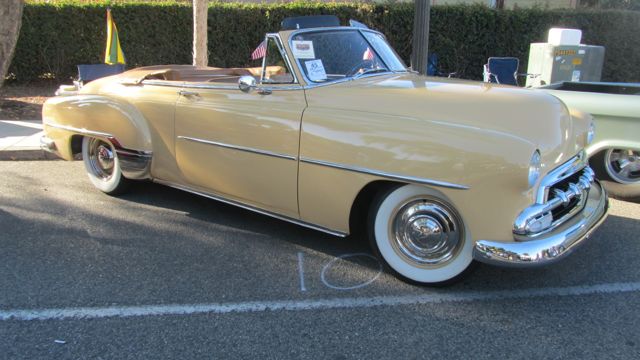 A row of early Chevrolet convertibles were parked next to the Corvette. This mild custom was a 1952 model. 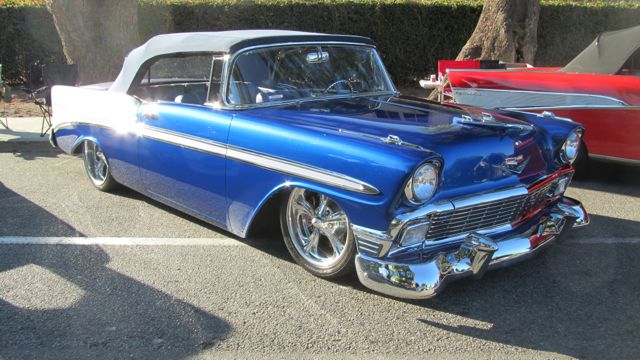 Next was this 56 convert that had the treatment also. I always liked the 56 convertibles when I was young. 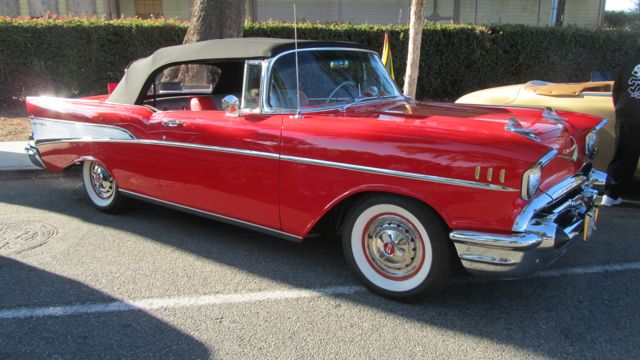 The 57 was restored and provided a nice contrast to the modified cars parked in the row. 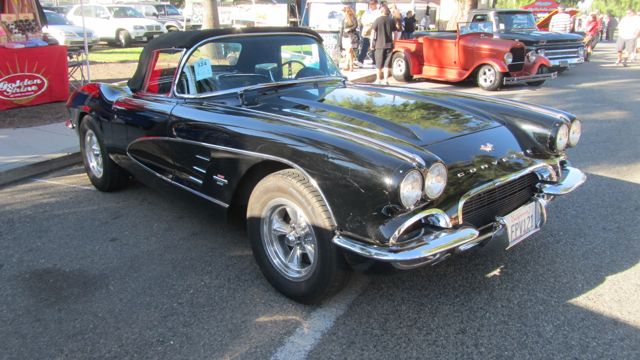 I had one like this in college and drove the wheels off it. Triple black is my favorite color on these solid axle Corvettes.

Shoebox’s are real popular custom cars for many of this crowd. There were several in attendance but this copper plated 51 Ford special caught my eye. 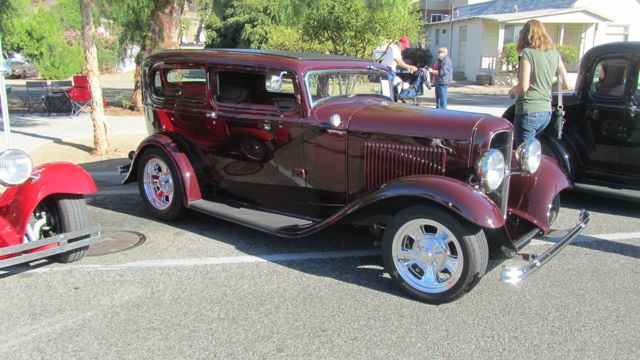 This hammered Deuce sedan was very nicely done. The interior was done by Conejo Upholstery in TO and is one of my favorite designs.

Computer problems so this is it for today.